Typically my off-season, the last couple of months have been among the busiest I’ve ever experienced as a professional photographer. I can’t properly express how thrilled and thankful I am for this, however it’s provided little opportunity for any – and I mean ANY – day off. Despite this busyness, I cannot seem to resist taking “for fun” photos for an extended period of time. These are images I captured over the last 30 days during the frenzy of it all.

Found this Carolina house on a road on the way back from a shoot in Richmond, Virginia. I realize urban and rural exploration has become more popular and glamorized with increased internet exposure, but I should re-iterate that much of this is dangerous.  If you’re doing this because you think it’s cool and have no clue what you’re really getting into, you’re doing it for all the wrong reasons.  I’m incredibly careful and cautious and still things can happen – for example – I fell right through a decayed floor in this very house (I was on the ground floor).  Thankfully the support beams below were solid and I still had enough reflexes and athleticism to catch my camera on a tripod in one arm without breaking either and use my other arm to brace from further falling. Trust me, there’s nothing like collecting yourself while your feet are dangling in the air. 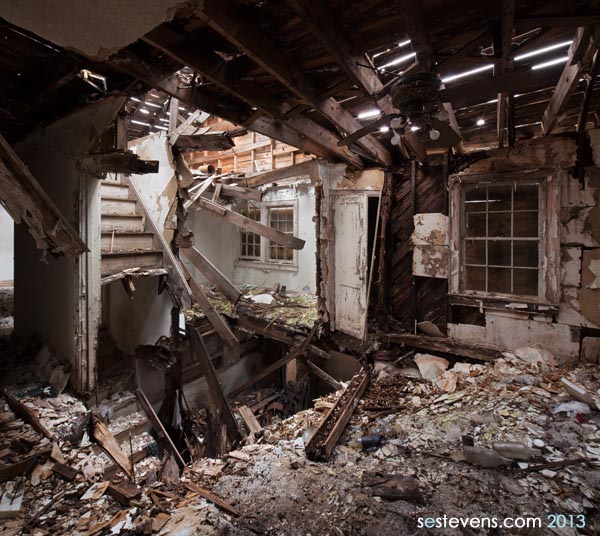 Undeterred, a couple weeks later a friend of mine and I ventured onto a well-known local site in Raleigh.  It’s everything as advertised. 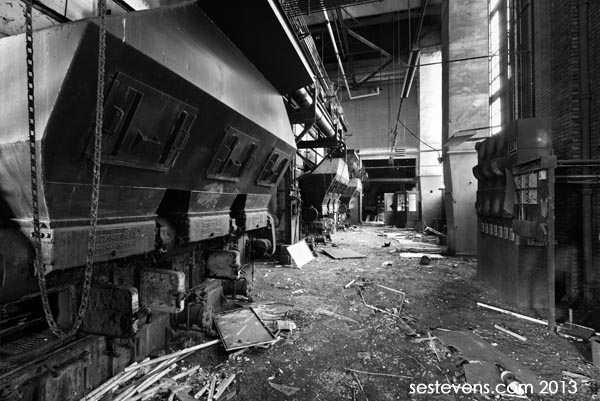 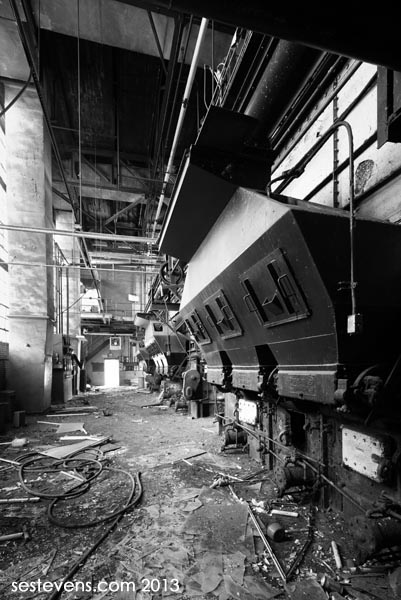 He also shared a couple neat hidden spots, including the location of this old Caddy in the woods. 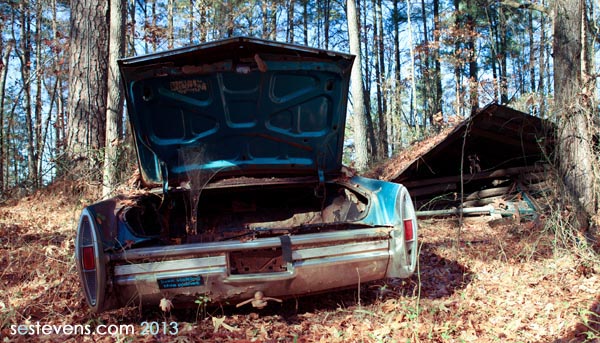 There’s an old miniature golf-course/mini-cart place near my house that’s been closed for sometime.  I had previously gone through this facility before demolition but it was never a great urbex site.  However, after demolition, I thought it interesting that this ride was the only thing left standing in the area. 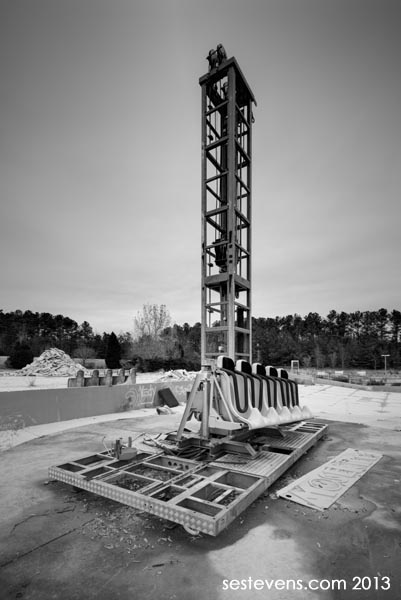 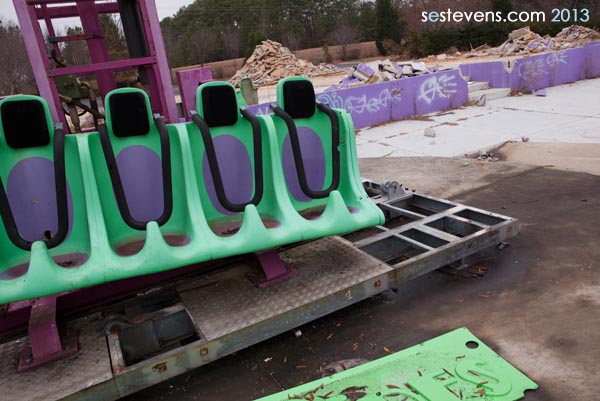 Last week I was in Charleston for real-estate photography, and the weather once again was up to its old tricks.  As the fog rolled into ruin any afternoon professional shots, I shrugged and drove a few miles down the road to Folly Beach to capture a few personal ones.  I can only explain each return to Folly as a personal pilgrimage.  A little over 10 years ago before a group trip to Charleston SC, I was going through the absolute worst time of my life in every way – professionally, academically, personally, and health-wise.  I almost didn’t go but was encouraged by my friends that it was exactly what I needed.  Little did anyone realize how right they were.  I took some of my very first digital pictures at Folly and while taking photographs along the beach felt at total peace with myself.  I eventually discovered that photography was the first thing since reading literature that I could drown everything out in life and just focus on the immediacy of when and where I was.  Ten years later, here I am and you’re reading this.  None of this was part of anything I planned or intended. It’s said God does work in mysterious ways, but I also believe sometimes it’s abundantly clear.  It just takes awhile for my brain to catch up with what’s transpired, that’s all. 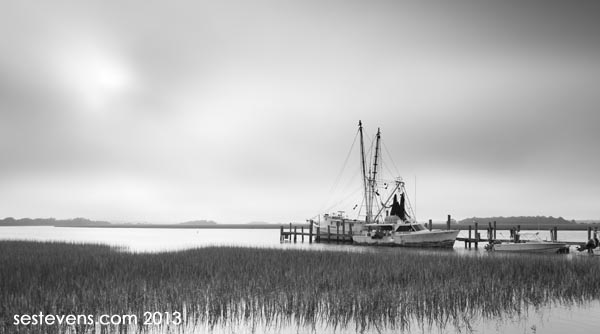 Time flies when you’re having fun, it was my first time down this stretch in about four years. 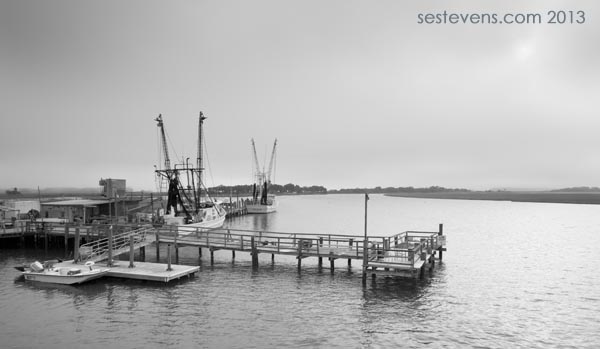 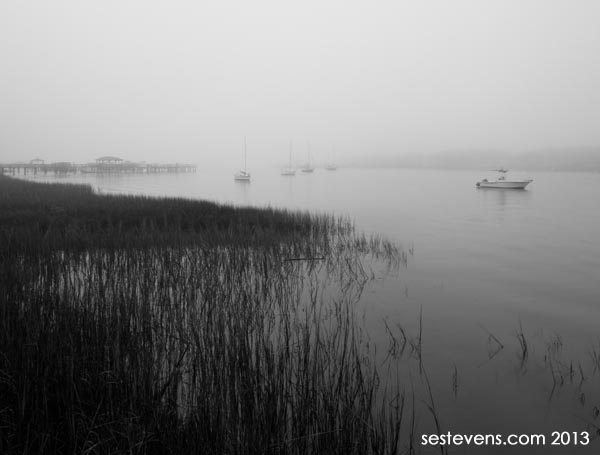 The next morning before wrapping up my shoot and returning home, I took a few shots by the pier. 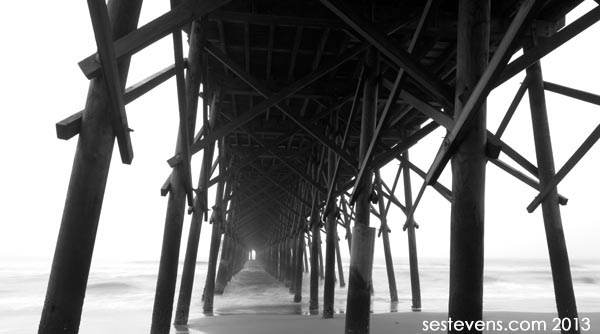 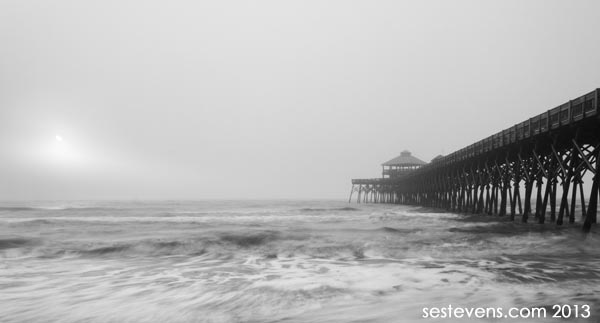 I’m really attached to the below image.  I’m sure part of it is the location and what it personally means to me.  It’s also a subtler image than my normal style and part of the evolution my black & white images have taken, especially over the last four years. 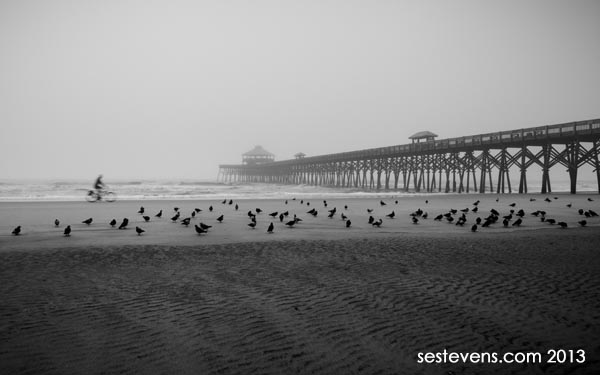