Followers may or may not have noticed that personal photography has greatly diminished over the last two years, especially abandoned subject matter. Much of it can be attributed to my professional life, however the reality is it’s been over 18 months since doing any serious venturing due to multiple illnesses that have repeatedly landed me in the hospital and a host of medical offices. I’m certainly not out of the woods yet, but have recently been feeling good enough to return to old habits while traveling on assignment this summer.  So instead of talking about work, let’s check out what I found in between working. 🙂

This is an old manufacturing facility in Knoxville, Tennessee.  Not much left to it really, but the top stories had some neat wear-and-tear: 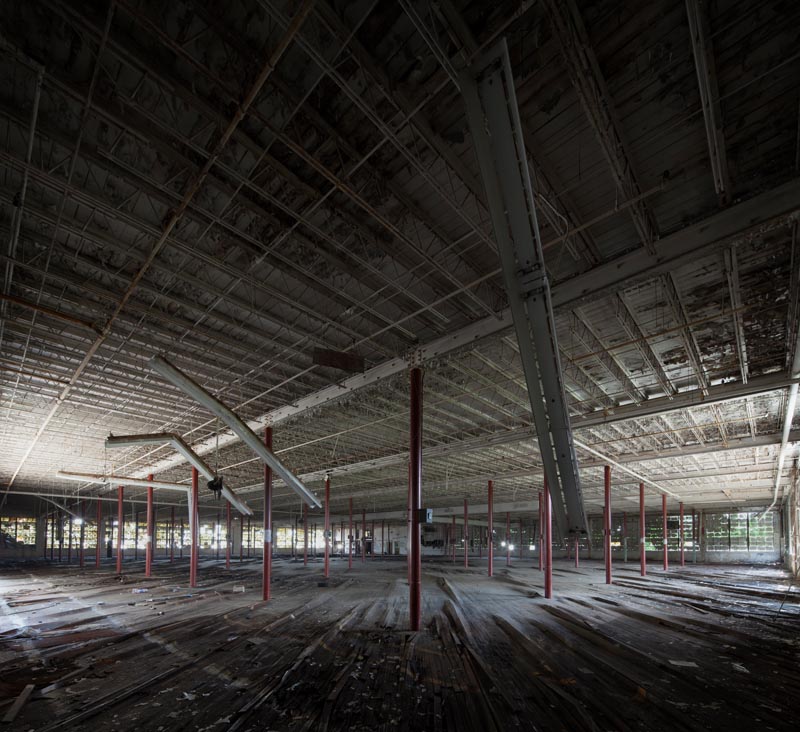 In my younger days, I might’ve ventured up what has to be one of the most unsafe roof access hatches I’ve seen in a long time.  Feeling older and mortal these days, I’m happy to stick it out on the concrete floor! 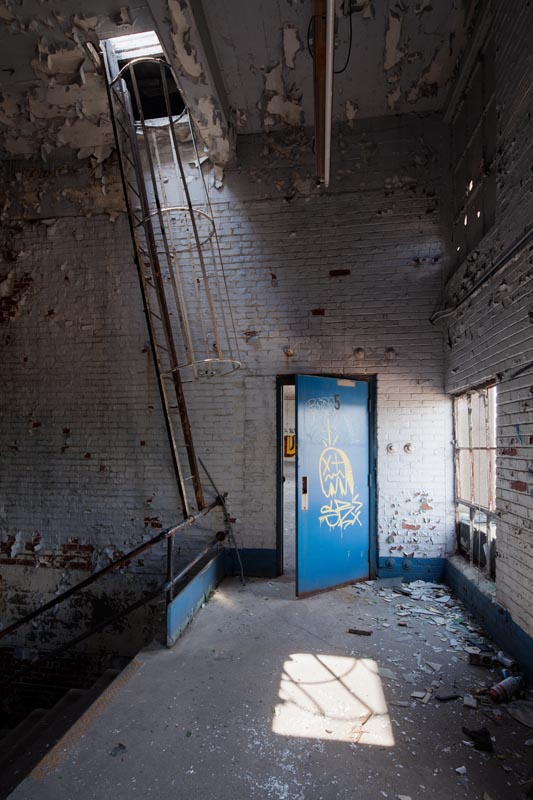 Ah, if only I could record the confused expression on people’s faces when I knock on their door and ask to photograph their property. 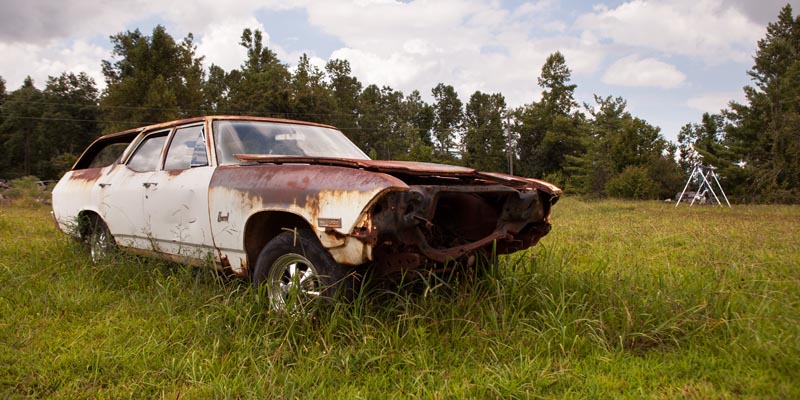 The highway took me through Virginia where I scratched off one location from my bucket list. 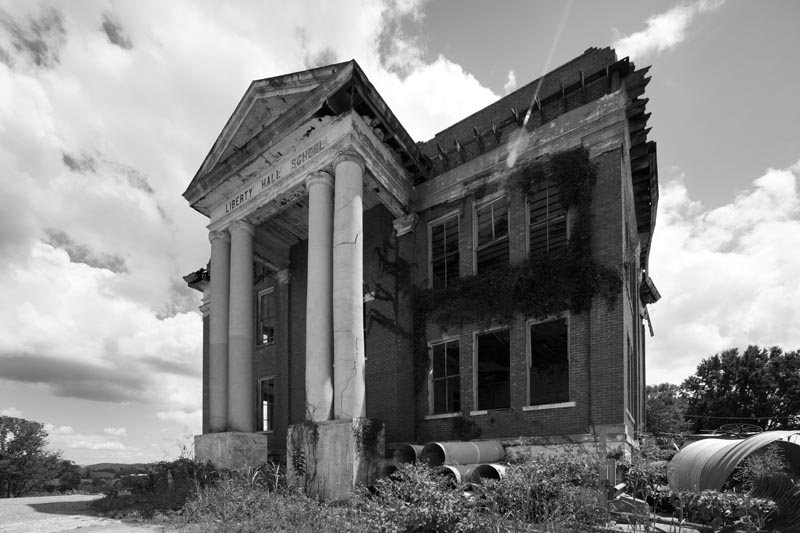 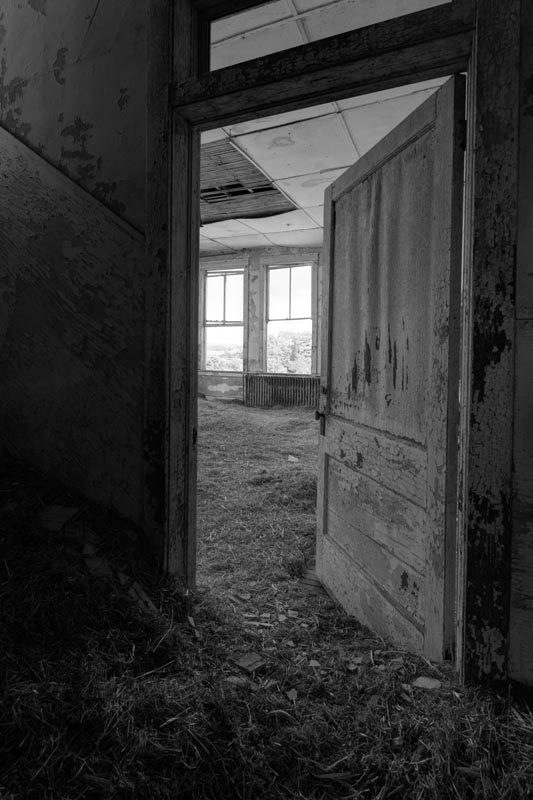 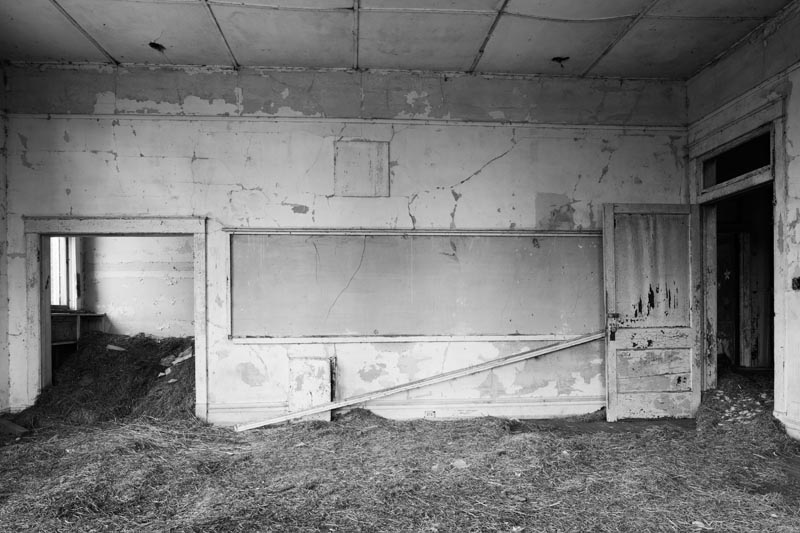 The entire building is falling down inside so I traversed through it pretty carefully.  Yes – those are seats cascading down from the second story. 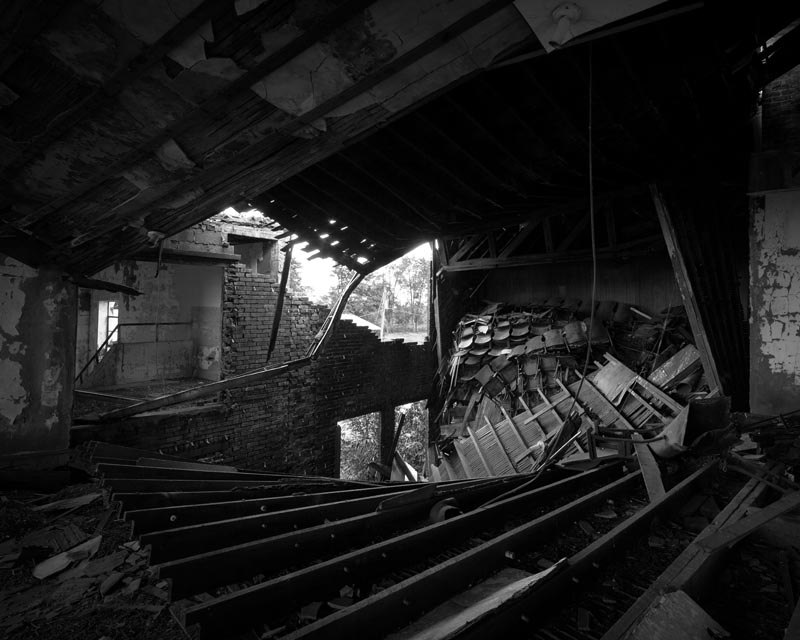 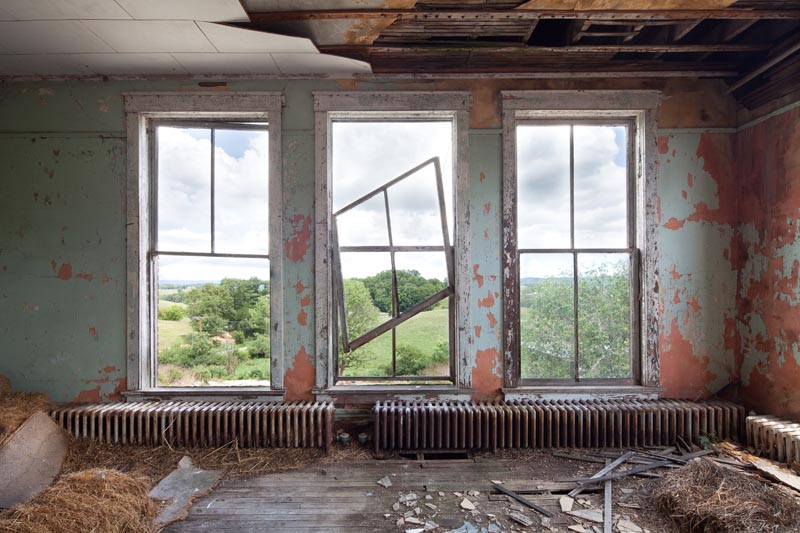 Hm, I forgot where this tree was…somewhere in the western part of Virginia. 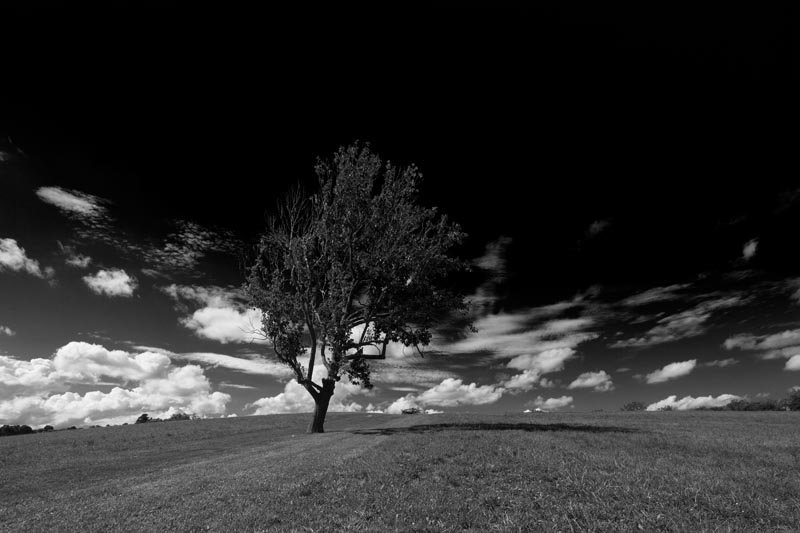 Always interesting to go into some of these houses and realize someone’s actually been using it once in awhile. 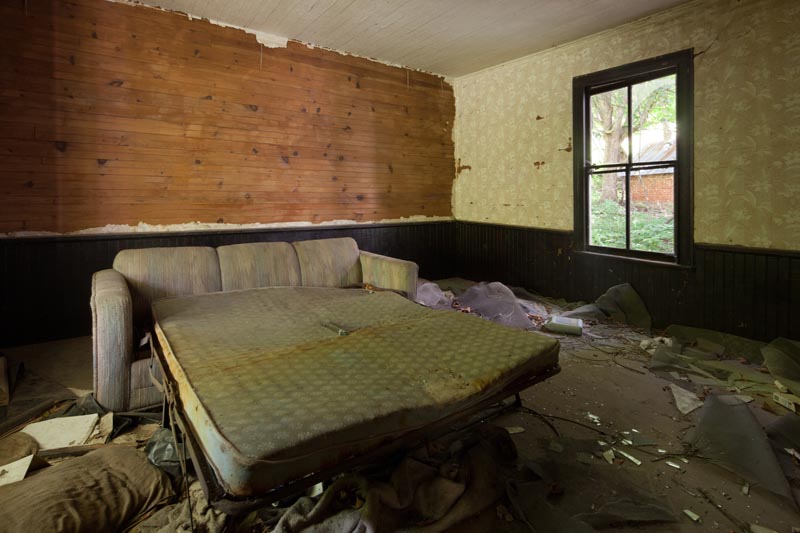 Over the last several years I’ve slowly developed a fascination with capturing derelict gas stations.  Many of them look similar to this one in Georgia, which you can tell shut down about a decade ago. 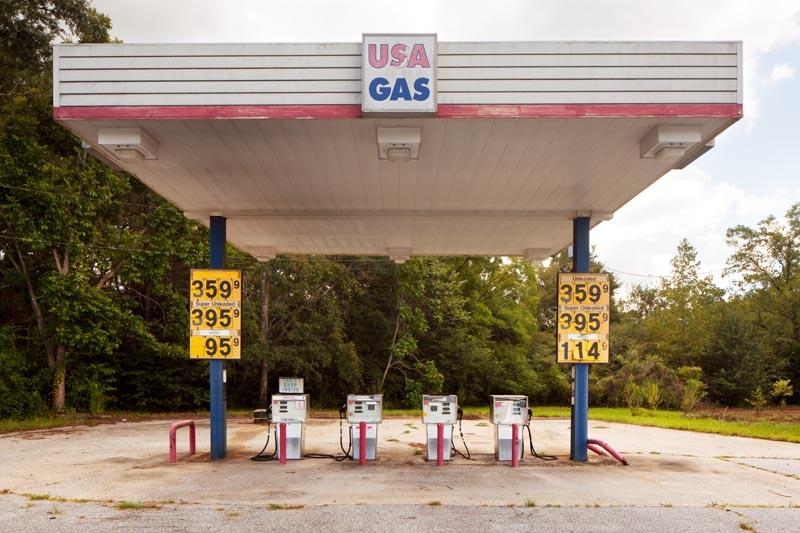 I was surprised to find so many electronics in this small defunct office in Floyd County, Georgia.  They’re typically stolen but these televisions and monitors have so little current value, scrappers decided to skip them. 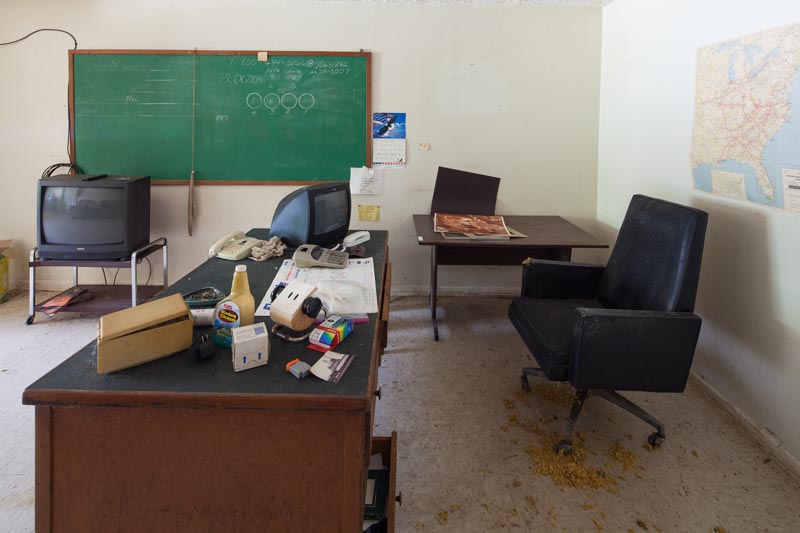 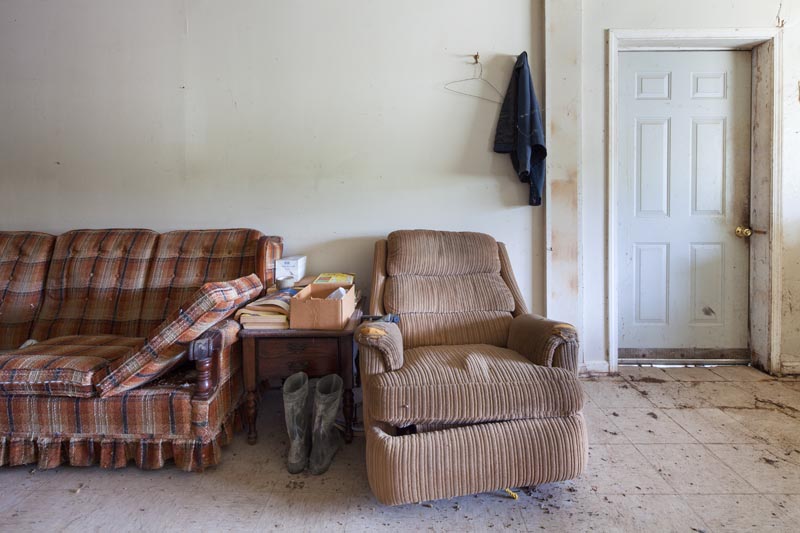 Coming across locations by accident is one of my favorite things.  On my way between Georgia locations I was attracted to the power lines against the sunset.  Upon closer inspection I discovered a closed-down auto repair shop with a tiny sea of abandoned automobiles.  I may return here if I can find it again. 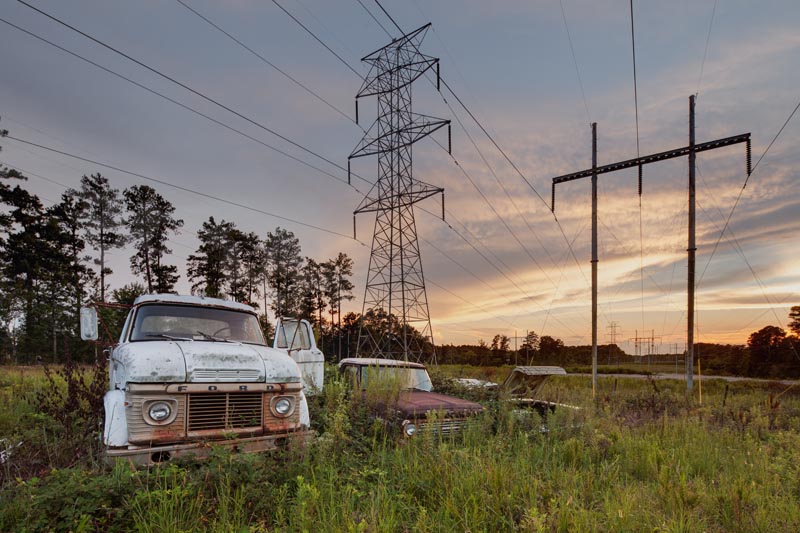 Houses are always grab bags.  Insides are typically gutted and uninspiring until except one spot that might capture your interest – maybe a wall, an object, or color combination.  I think this was in Statesboro, Georgia. 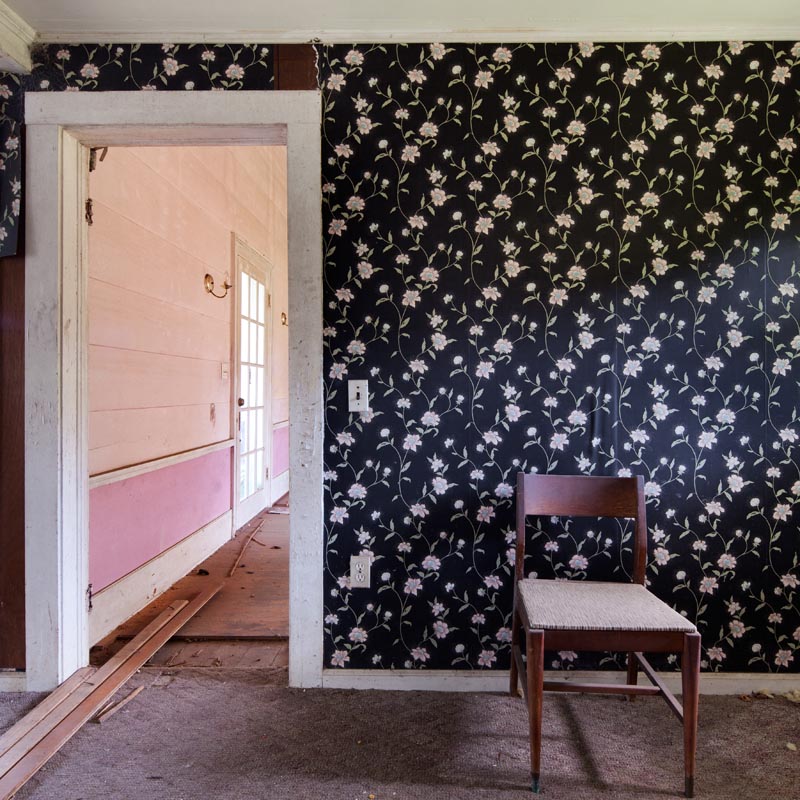 That’s it for now – more photography on the way!