I Finally Went to Prison for Photography

If you’ve been following my blog, you know I took some personal time in July to visit family, friends, and do a bit of road travel. In the event you missed the lead-in blog, you can see it here:

I sort of wish I picked up photography long before I did. There are so many things that lends itself to the character of my home state, to be able to document such things is equally full of discovery and wistfulness.

Old hotels and signs still proliferate the busy right-turn-only state highways but are becoming fewer and far between. Many are shut down and we’re left with the remnants, as seen with the Lakewood Manor Motel. 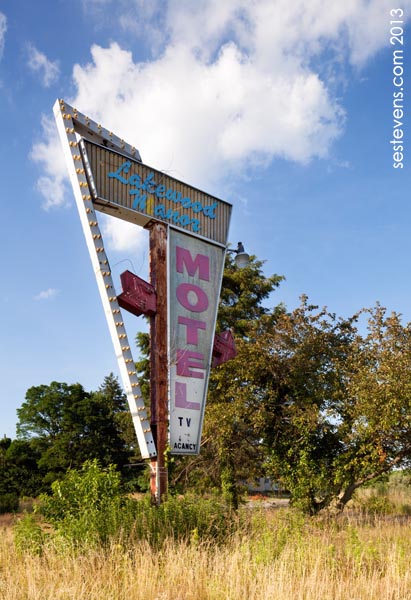 I was surprised the amount of abandoned facilities in Lakewood. I imagine that’ll drastically change over the next few years as the area continues to make way for both residential and commercial developments. 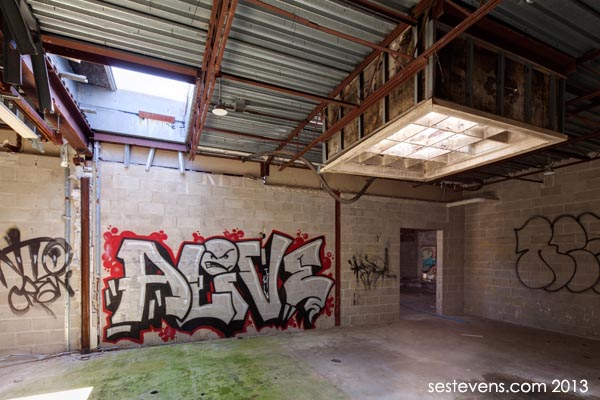 Further down in southern Jersey, specifically Marlton, is the landmark of Olga’s Diner. It opened in 1959 and has closed down several-times as the intersection between highways 70 and 73 changed from intersection to circle to overpass. I guess most locals consider it an eyesore, but one of the things that sets the northeast, particularly New Jersey, apart is the diner. Even in locations like this, where the diner is an integral part of the cultural experience, places such as these just aren’t going to be built again in this country. The building seems mundane, but it’s the decoration and scale of the signage that sets it apart and makes it immediately noticeable from the highway. 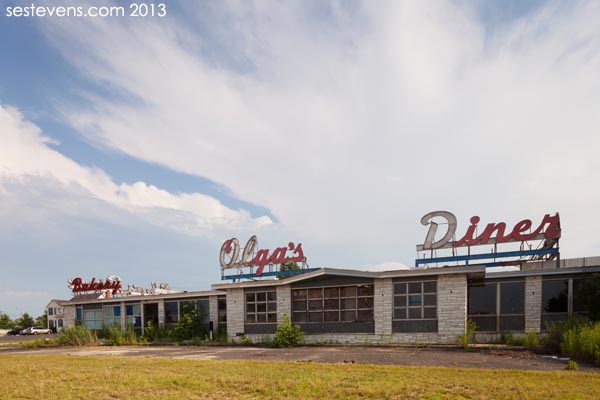 I wound up visiting Olga a couple of times and had fun playing with reflections as the warm sun dipped below the horizon.

Why was I in south Jersey? Because it’s on the way to Philadelphia, silly. Eventually I’ll take a weekend to do some of the photography I’d really like to accomplish in this city, but in the meantime I did the touristy thing. 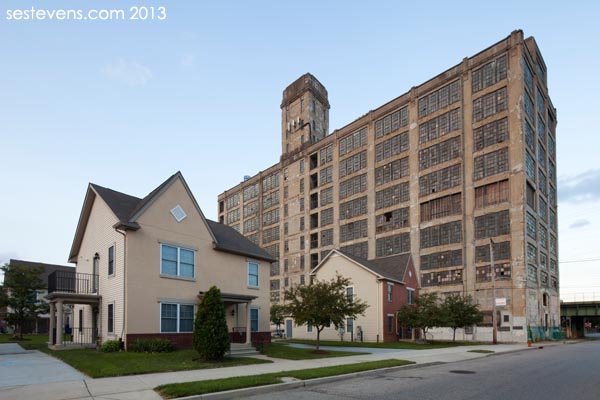 Okay, maybe that wasn’t the touristy thing. I had a few hours to spare so drove to some buildings/locations that briefly caught my attention. The images below were caught with my iPhone. 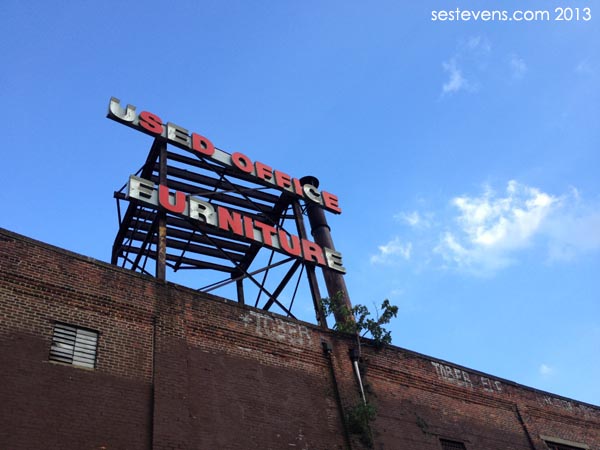 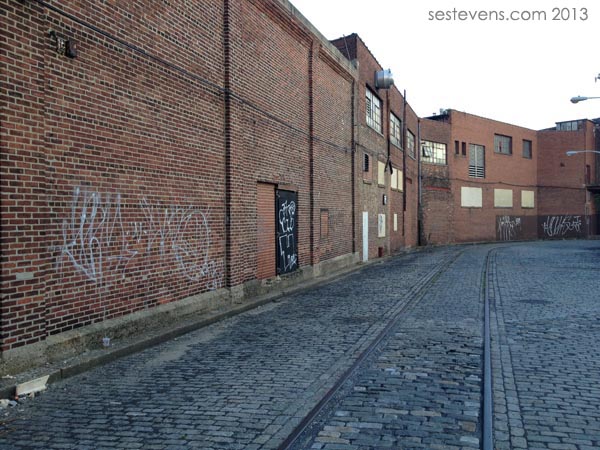 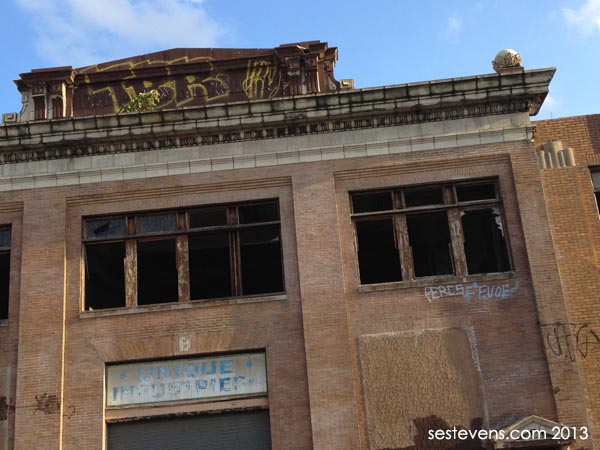 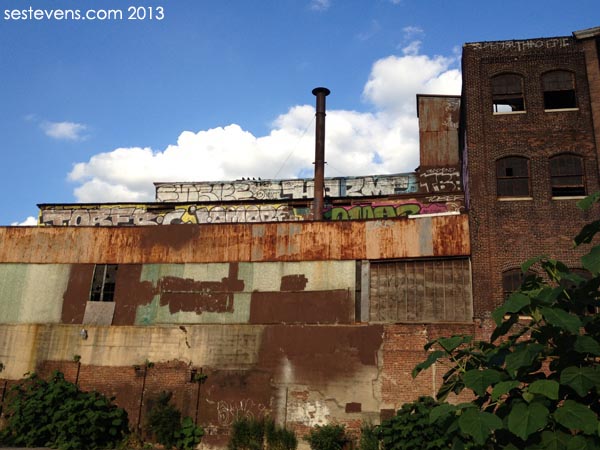 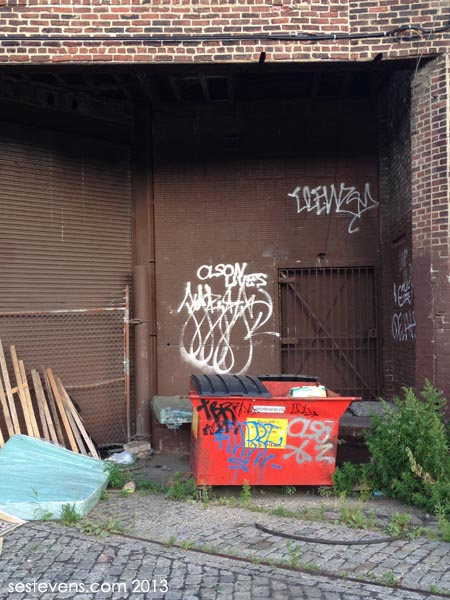 Finally, I arrived to what I really came to Philadelphia for – and that was to go to prison. Took a trip through Eastern State Penitentiary which is surprisingly close to the heart of downtown. Photographers are welcome and it’s a popular haunt for those who want the urban exploration experience of viewing decaying structures safely and without the drama. It’s great that places like these are open to the public, while they work hard to preserve the prison in its existing state of decay. Several times a year they hold private “twilight” events in which photogs can bring tripods, models, and hand-held lighting equipment. 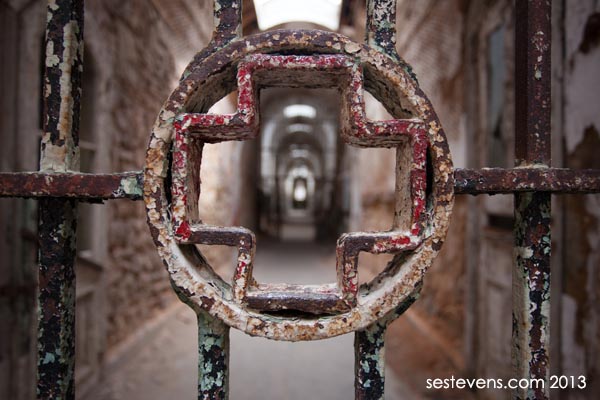 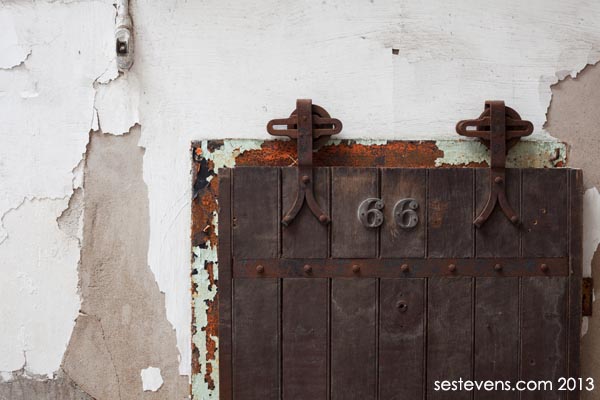 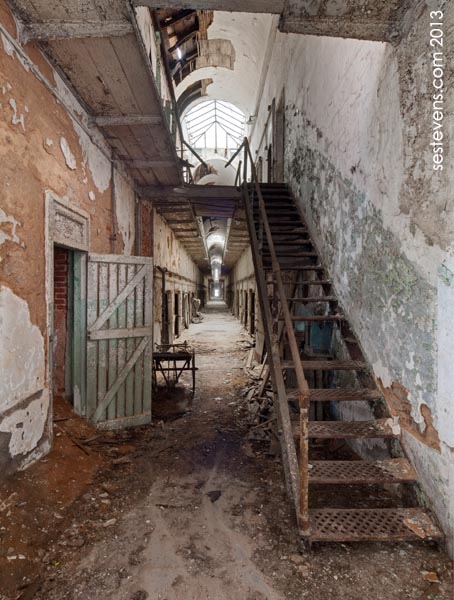 There are a TON of jail cells to look into – and I peeked into every single one available.  These are the specific cells that drew my eye. 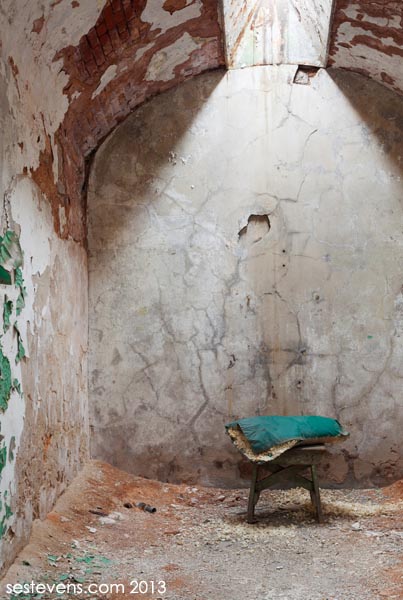 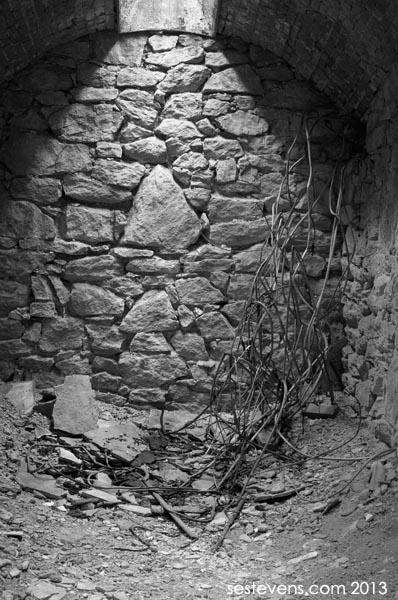 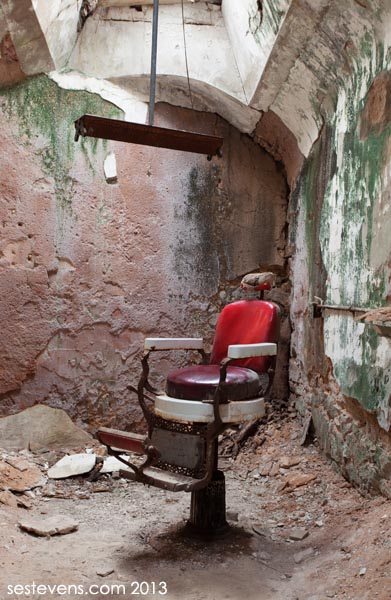 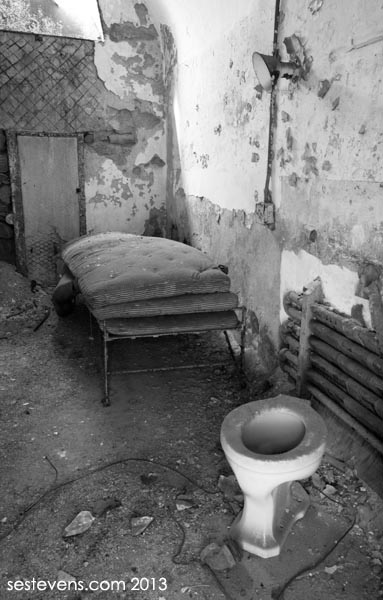 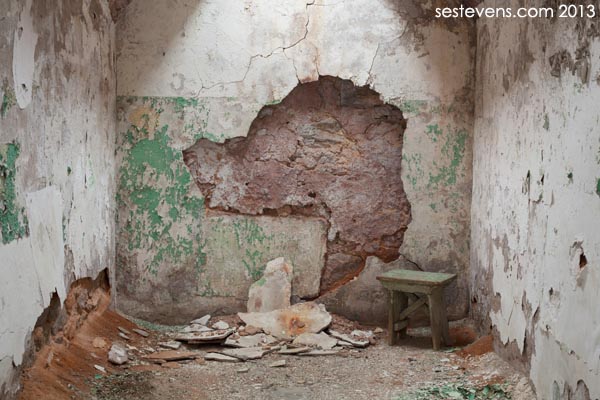 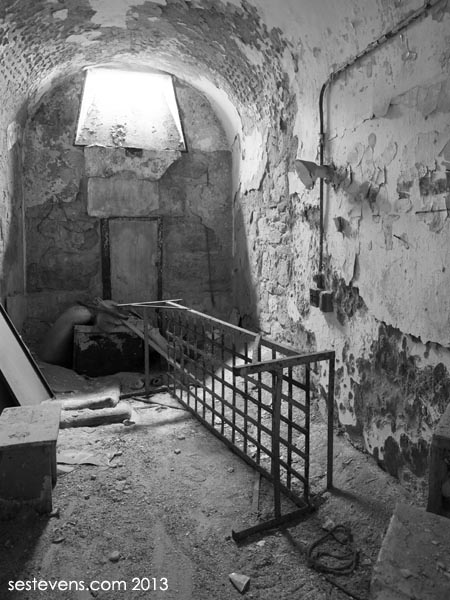 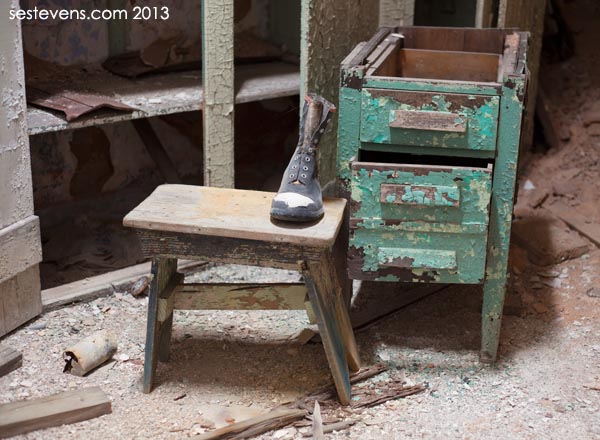 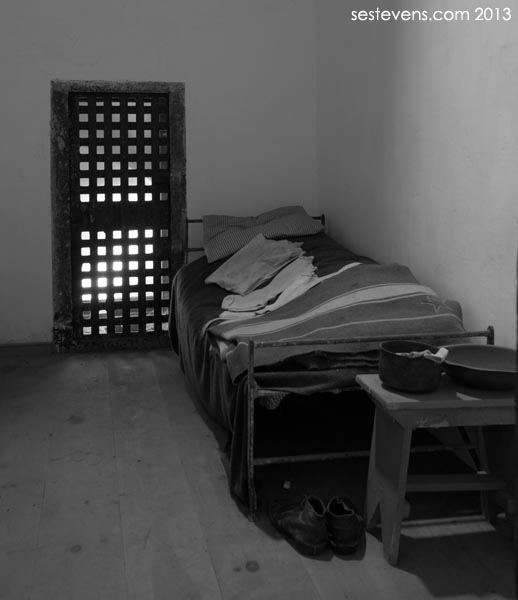 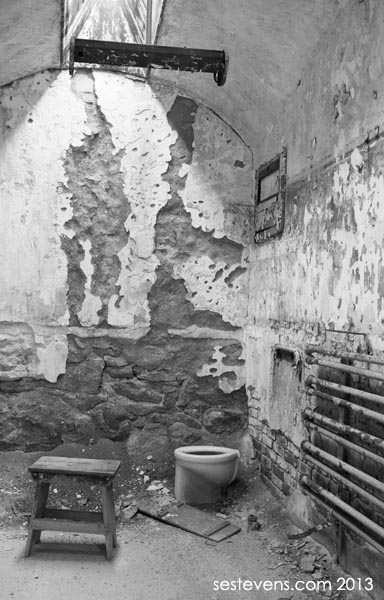 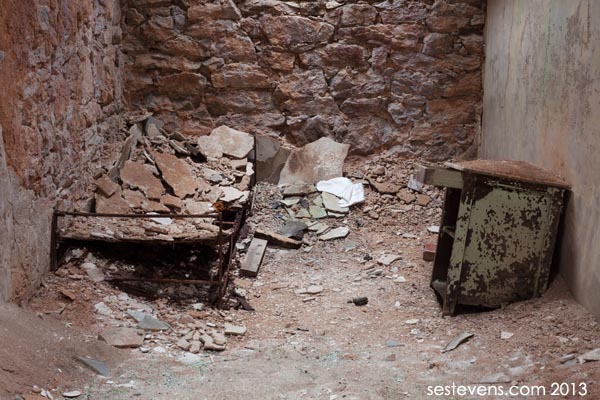 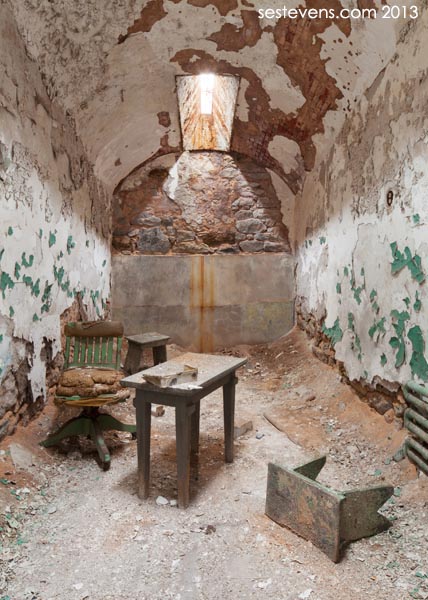 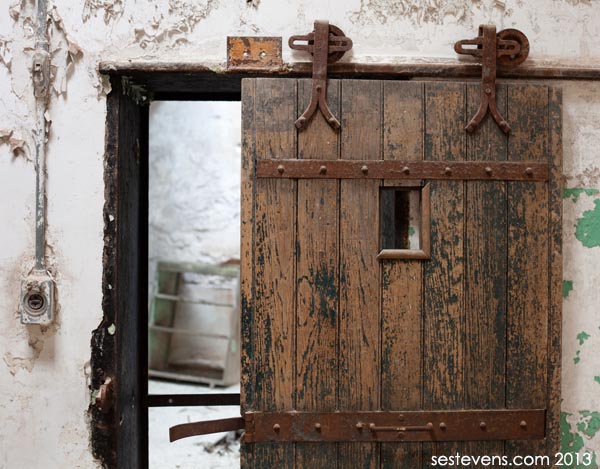 That does it for Jersey and Philly, expect more blogs relatively soon!