Since vacation time will be rare the next couple of years and after all I -do- live in North Carolina, I’ve decided to make a conscious effort to see and photograph more of the state. Therefore you’ll start seeing an increased focus on North Carolina, at least in my personal work. This past weekend I took a trip down state highways between Hickory and Greensboro, North Carolina.

Statesville is a goldmine. Do be careful though – there are some rough neighborhoods and the police can be quite inquisitive. That said, shout-outs to the Statesville police department. 😀

Alright, so this is building structure downtown that has been there for as long as I can remember each time I’ve gone through Statesville. Not sure what it is or if it’ll remain that way but I believe the city owns this space. I’d like to get here at a good hour for some decent shots. Would make for a nice model shoot, don’t you think? 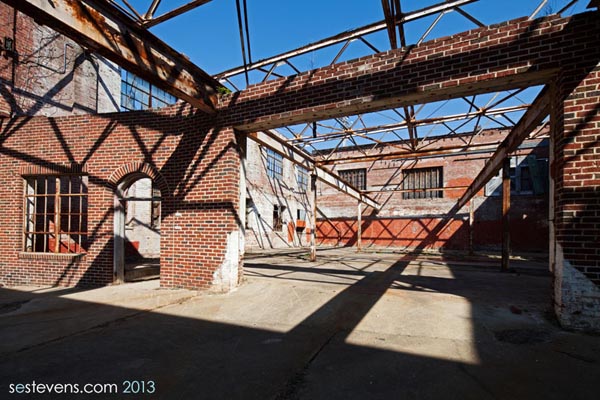 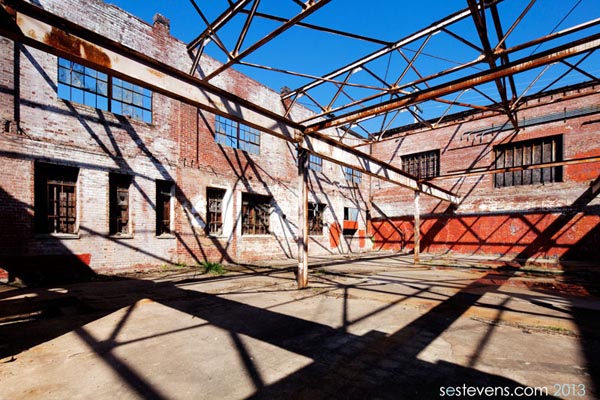 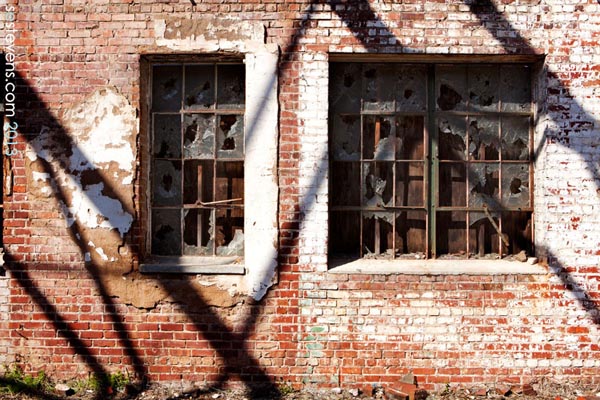 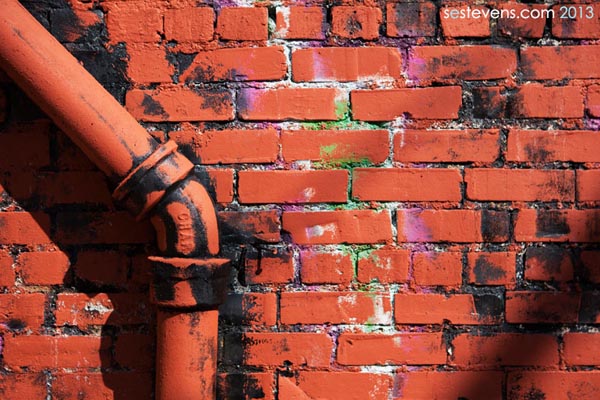 This is an empty series of storefront adjacent to that building frame. 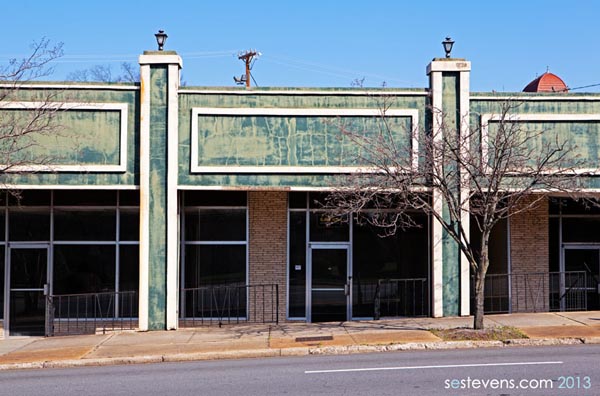 I forgot exactly where these storefronts were, it’s close off of Highway 70. They’re abandoned and slated to demolished. I did venture inside to check it out, but upon inspection deemed it unsafe to peruse through. Glad I get to use that architectural degree for something. 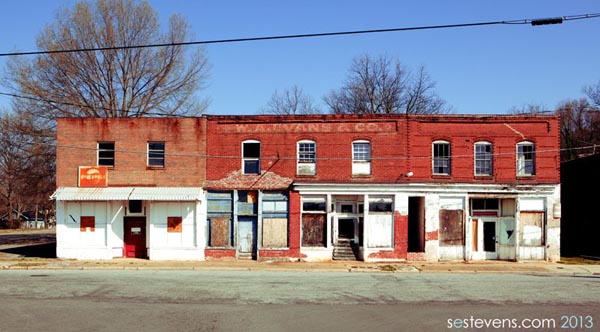 There’s a church building with classroom building component in Statesville that has been shut down for well over a year. Part of the roof caved in, the cost was too much to damage, so the property is up for sale. I’d guess eventually this church will be demolished as the cost may to be too prohibitive for repairs. The owners were gracious enough to allow me to take photos inside. One of the clasrooms drew my eye first. A bit sad to look at, but I really do find such beauty in destruction. 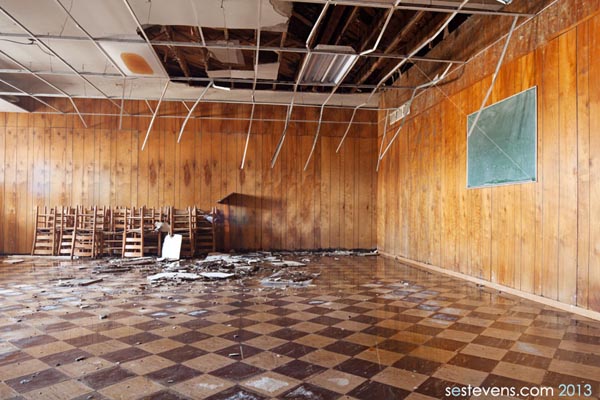 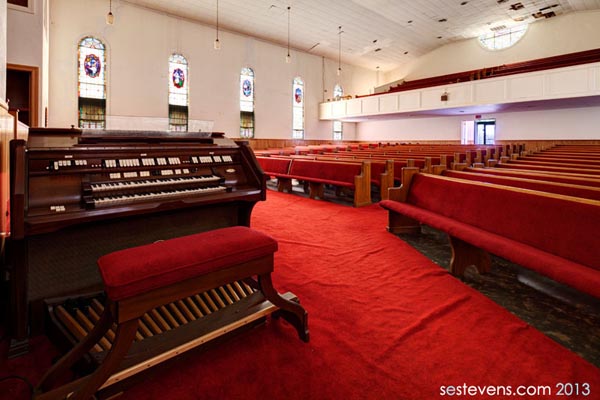 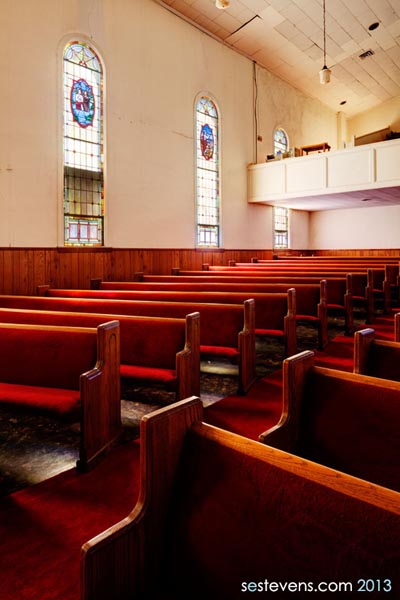 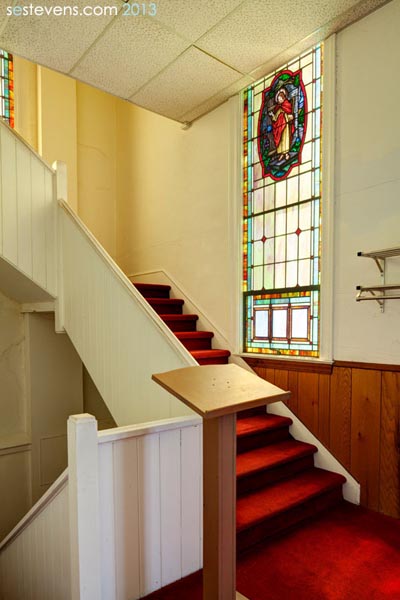 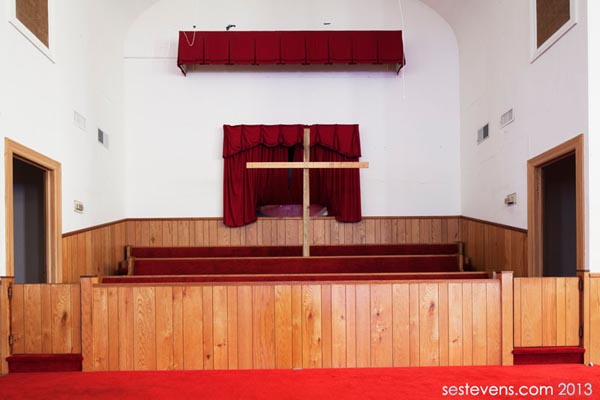 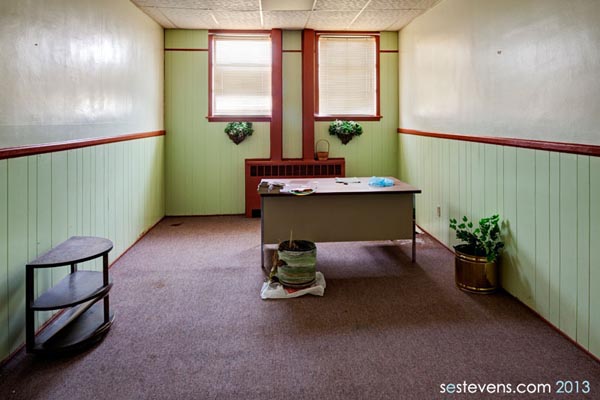 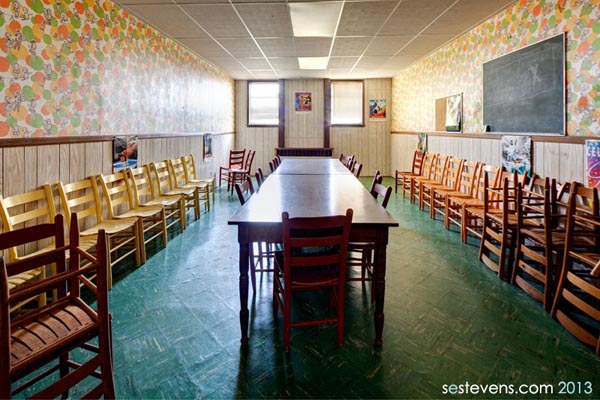 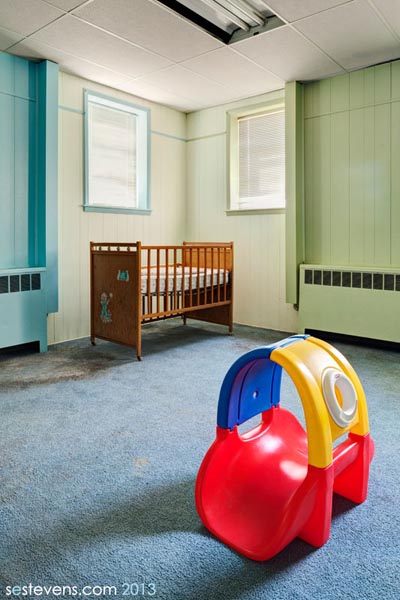 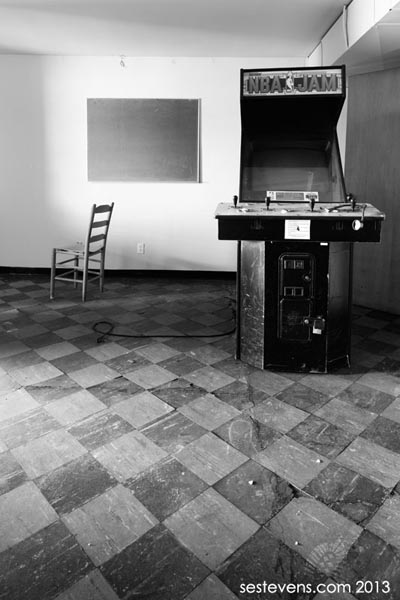 This is an abandoned textile company, water damage everywhere. I may revisit this spot there’s a lot of neat nooks and crannies, it’s just sometimes when I’m visiting certain places solo I make it a habit not to stay too long. 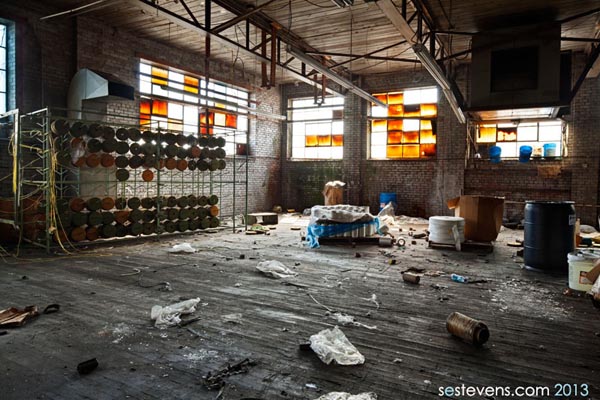 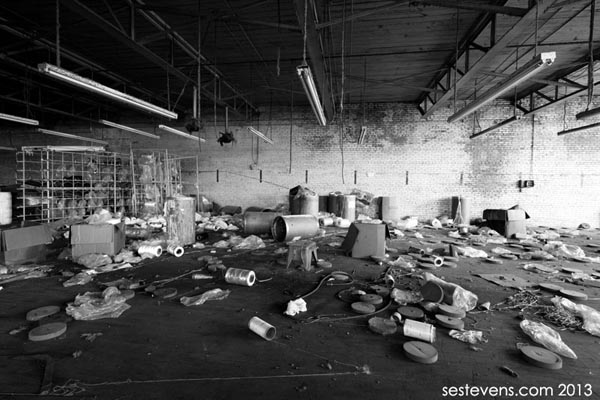 Stopped by an old auto-repair shop in Cleveland, the winged light structure and how it balanced with the metal building and tree is really what drew me to this one. 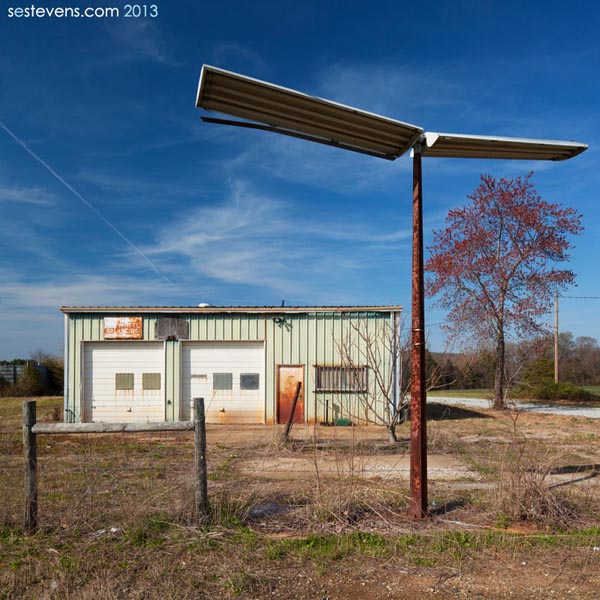 Near I-85 in Salibsury they’re doing a lot of road construction. Glad I stumbled upon the worksite on a weekday as I got to see the water towers and buildings slated for demolition (they seem half-torn down already) up close and personal. Not sure what the plans are with these twin water towers, I hope the fact they’re still standing means they might become preserved. 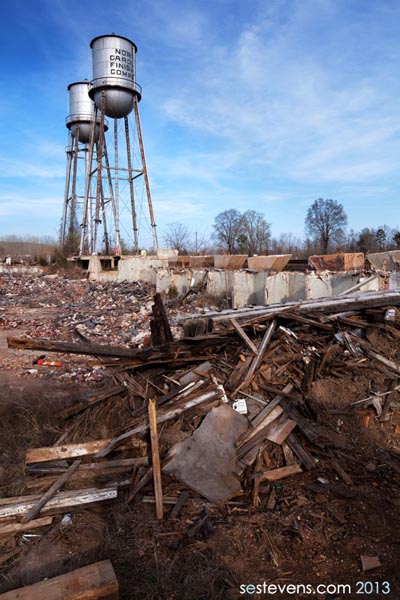 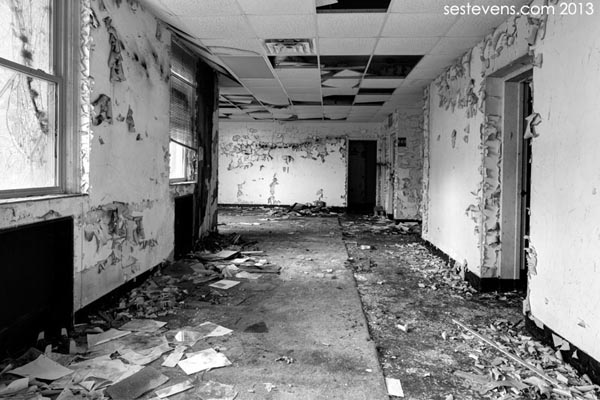 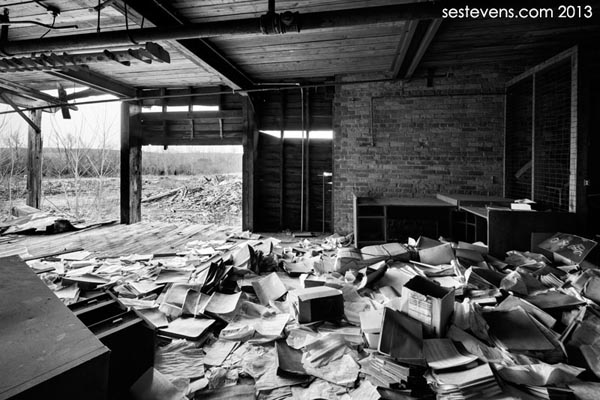 I almost titled the above image “These Working Conditions Are Completely Unacceptable” but decided that was way too long. Pretty neat to see this sort of dishevelment in an “open” office! 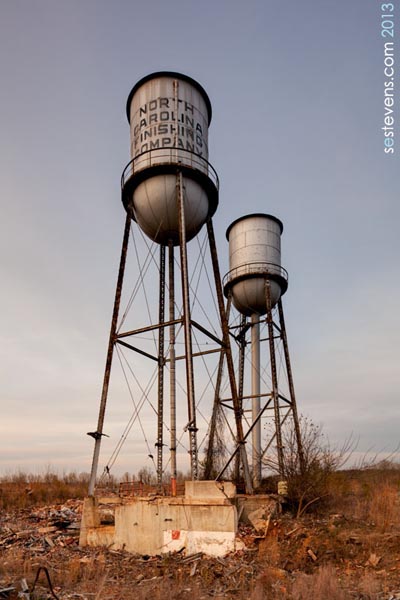 Right around the bend is the old York Hill Restaurant signage. Would like to revisit this area in better lighting. 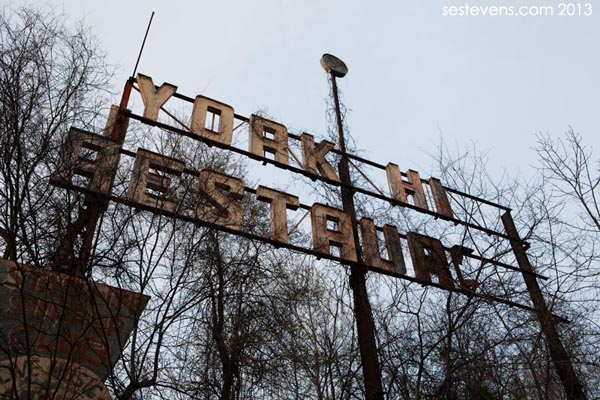 That’s it for some good ‘ol-fashioned North Carlina urban exploration. Catch you around the next time I have free time on my hands. 🙂