I was recently on the road for two weeks through the north- and mid-Atlantic and have returned to North Carolina to stay for awhile. The first blog about this trip was the NVF (National Vulcanized Fiber) Plant in Yorklyn, Delaware. It was part of a Steven Gottlieb’s Horizons Photography Workshop (Look at that, free double-promotion! Can’t beat that, Steve.) planned by the DC Urban Exploration Meetup. It is an abandoned industrial site that is in the beginning stages of demolition/renovation/redevelopment and the owner’s allowed Gottlieb access for his workshops. Therefore it made sense to just tie this into my vacation.

It was a challenge, as I knew it would, for a few reasons: 1) Dealing with high-noon light flooding through the windows, 2) Working around the other workshop participants, and 3) A strict time limit in each area we visited. Just the reality of the situation for a location I wouldn’t have access to otherwise, and certainly not easy with wide-angle manual focus lenses, but I made the most of it I could and honestly, it’s just neat seeing these spaces.  I chose not to strobe or use reflectors, as I really enjoy playing with existing light and shadow, not to mention it would feel too much like work!

I shot and developed in three different ways.  Any photograph without direct window views is single exposure, images such as the two below were selectively blended with multiple exposures… 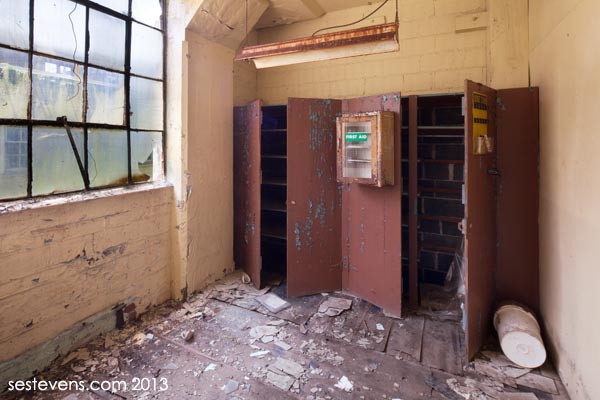 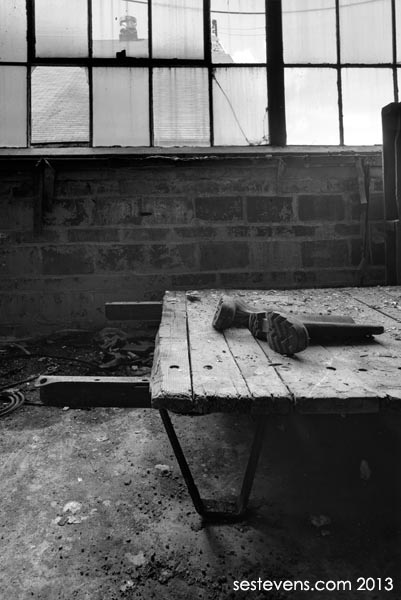 …and finally, a third set of images were developed using a combination of HDR and selective blending of single exposures. 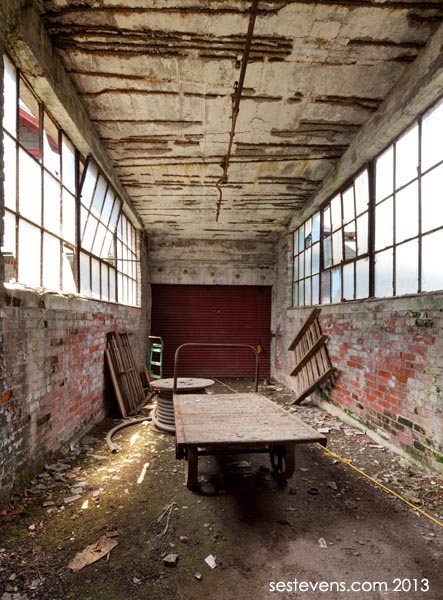 Yup, that’s not a reflection,it’s a bigass hole in the floor.  This is why I’m always nervous for urban explorers who venture in at night with nothing but a flashlight.  You’re pretty much asking for it. 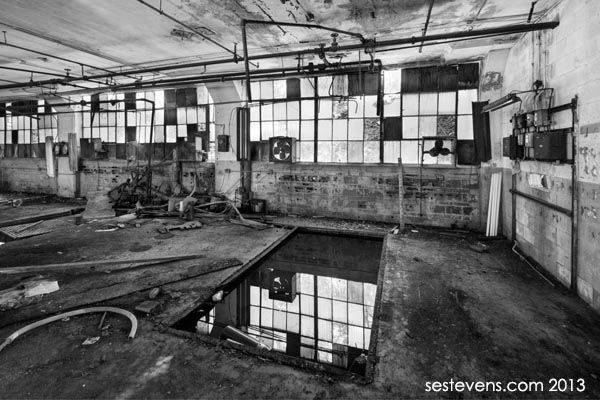 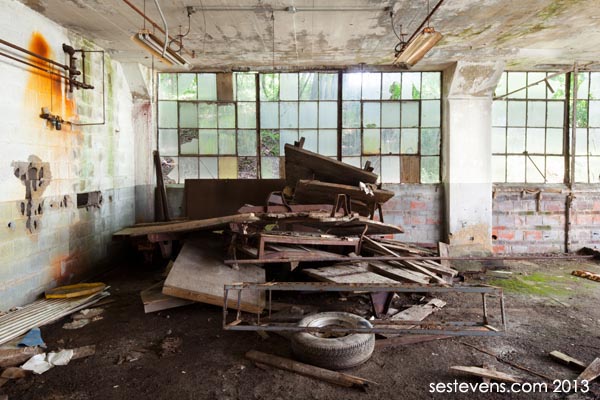 I don’t think anybody else dared to shoot this portion of the factory, or was even interested in it, as it was clearly collapsing.  Fortunately, I know where to position myself in buildings like this, so I guess my architectural background is coming into use after all. 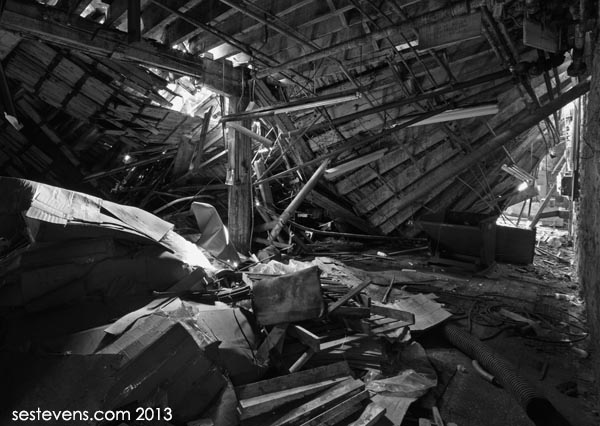 Not sure exactly what this is, never seen anything like it before. Interchangeable paper fuses? 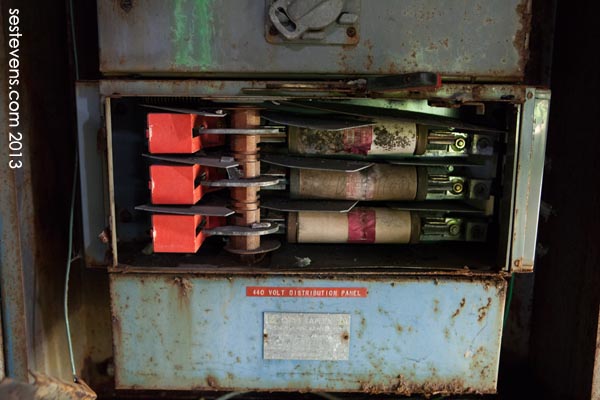 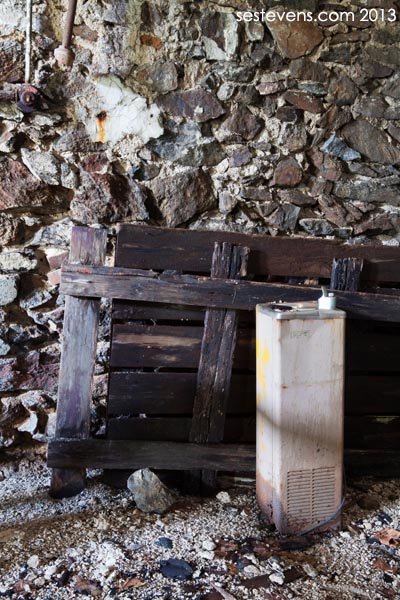 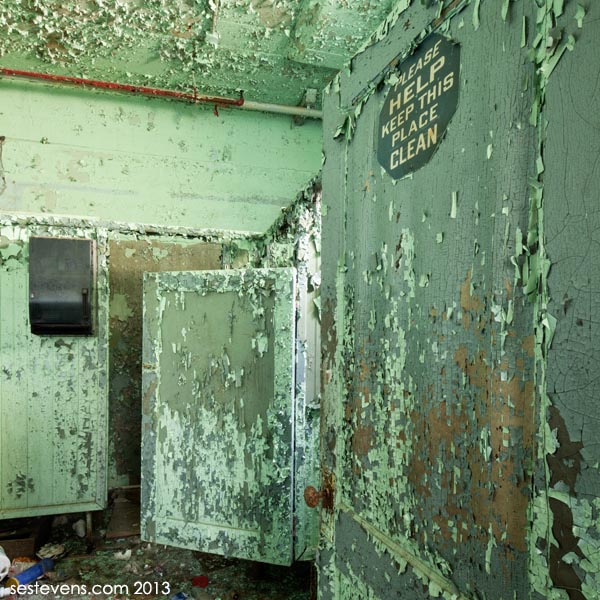 I don’t often do still life, particularly ones that have been clearly set up by someone else, but you know what – they’re good practice.  The basics of playing with light, shadow, and texture are such key elements during both the shooting and the development process, it’s always a worthwhile exercise, even when you’re on vacation! 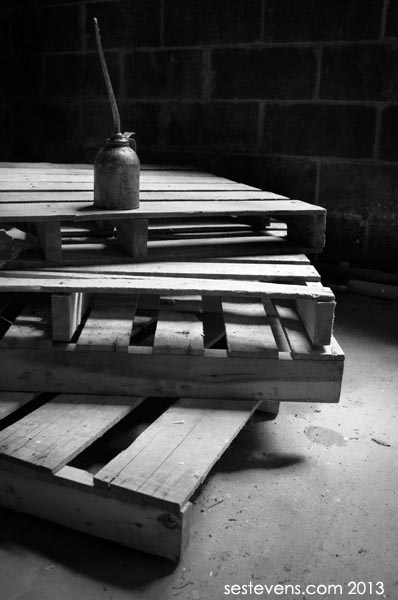 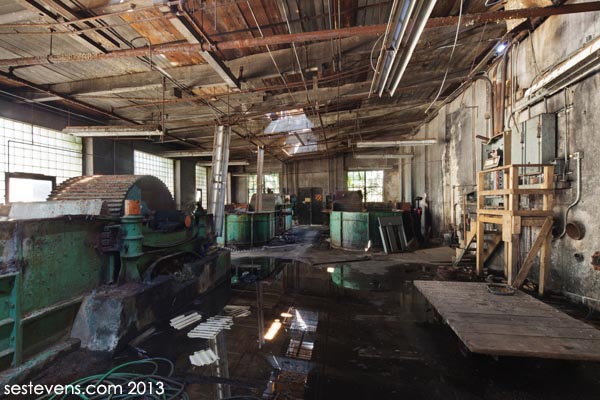 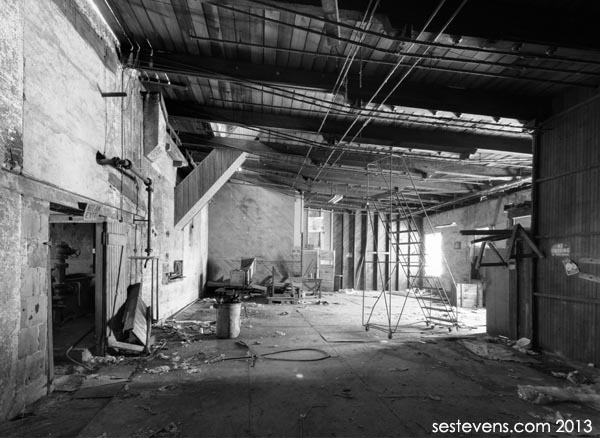 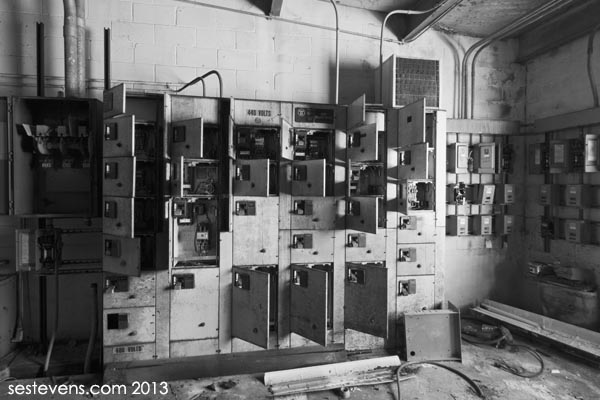 Pretty much everyone had fun with this room.  How could you not?  Open vs. shut, light vs. shadow, surface vs. depth, panel vs. pattern. 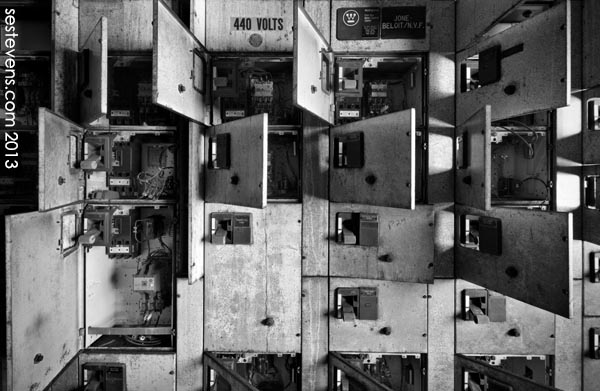 While I was photographing this wall and conditioning unit, someone asked what I was taking a picture of.  I’m equally drawn to complexities of minimalism as I am to simplifying complexity.  That’s also the neat thing about shooting in groups – everyone comes from a different angle and you learn from their perspective.  I’m interested in seeing the images from the other photogs. 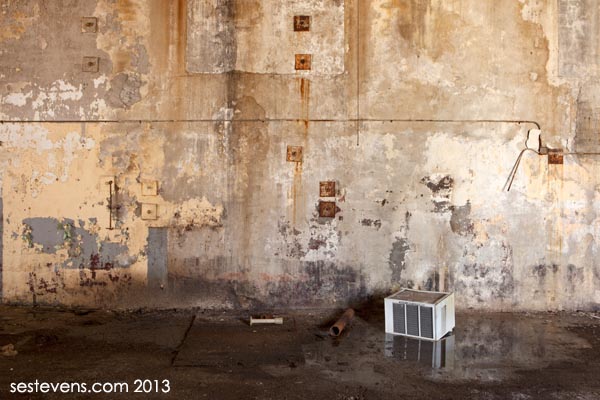 After wrapping up at the factory, we spent 30 minutes at another building NVF owned down the street. 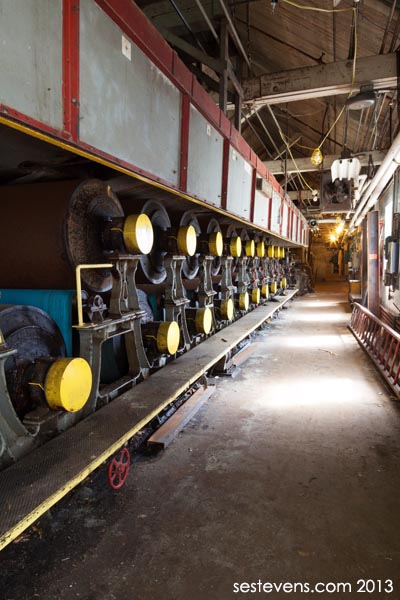 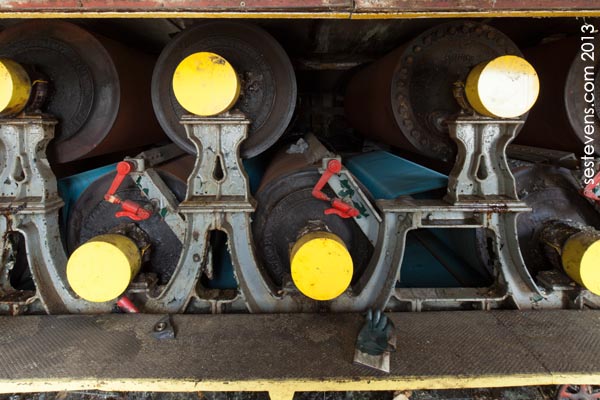 Honestly, I wasn’t really feeling most of this building, but was attracted to the office upon entry.  Besides, nobody else was shooting there, I’m averse to crowds, so I stuck with that.

I’m unsure how it works in countries outside the United States, but “safety first” signs cheerfully proliferate pretty much every manufacturing and production facility I’ve ever seen, in small and large ways. Always tied with being a good, productive, worker and patriotism. Sort of view them in the same throwback way as old painted advertisements.  This is my personal favorite photo of the entire experience, go figure! 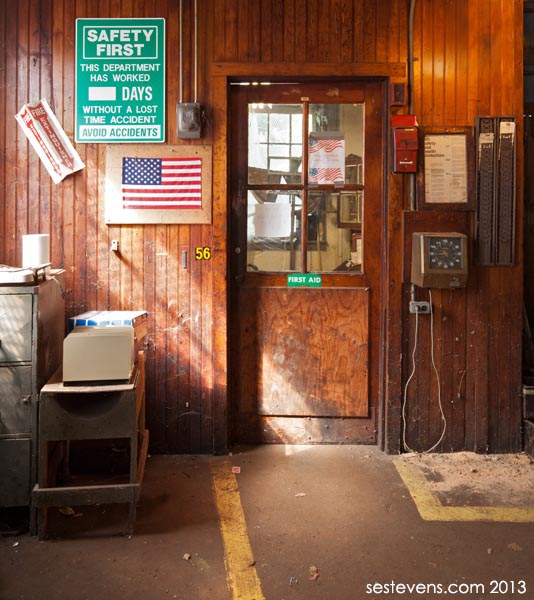 More blogs from my trip will be forthcoming, this was just one afternoon. 🙂

Part 2: I Finally Went to Prison for Photography