I recently returned to my old stomping grounds in Houston, Texas for a couple projects. One is the brand spanking new Marriott Marquis in downtown Houston, near the Minute Maid baseball park, home of MLB’s Houston Astros. 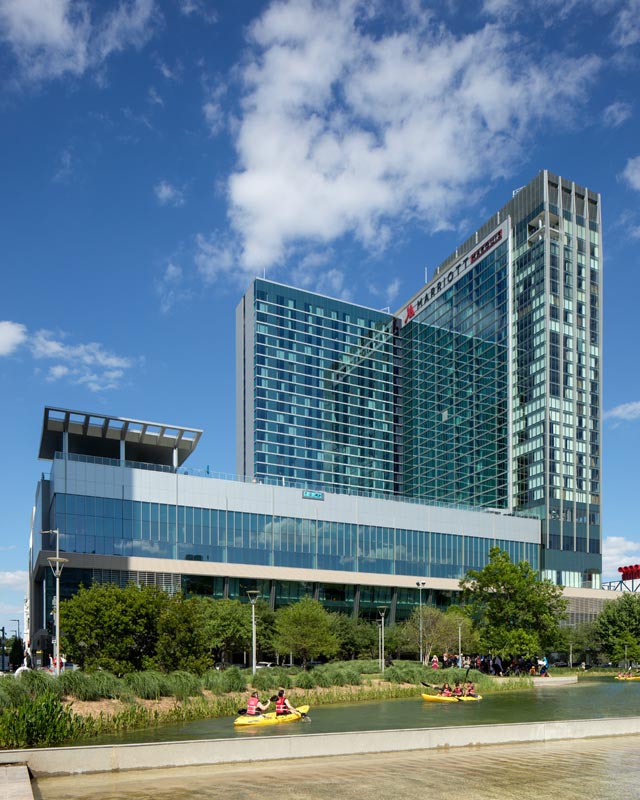 Yes, those people are canoeing in what appears to be two-foot deep water.  Look – you ever been to Houston?  There is nothing naturally redeeming there, you’ve gotta bring it to you.  Houston’s Galleria Mall, in walking distance of my very first apartment upon graduating college, has a large ice-skating rink in the food court.

But I digress – the first two floors forms the base massing of the hotel complex.  Biggio’s restaurant sign proudly displays to passersby. 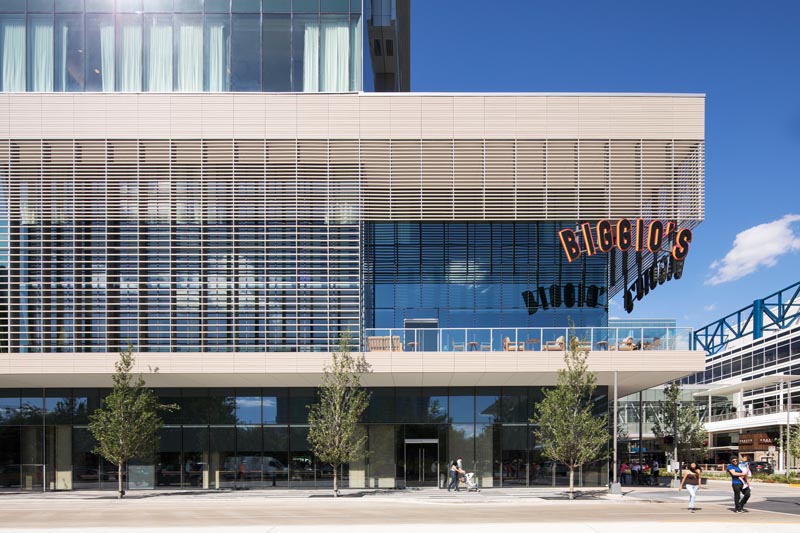 Inside the curvy lobby is an affinity for dark wood paneling, cream marble floors, and glass chandeliers. 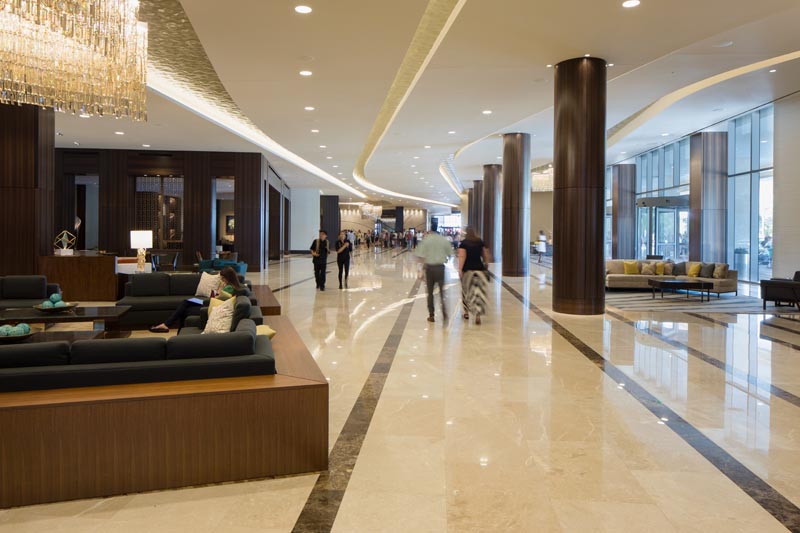 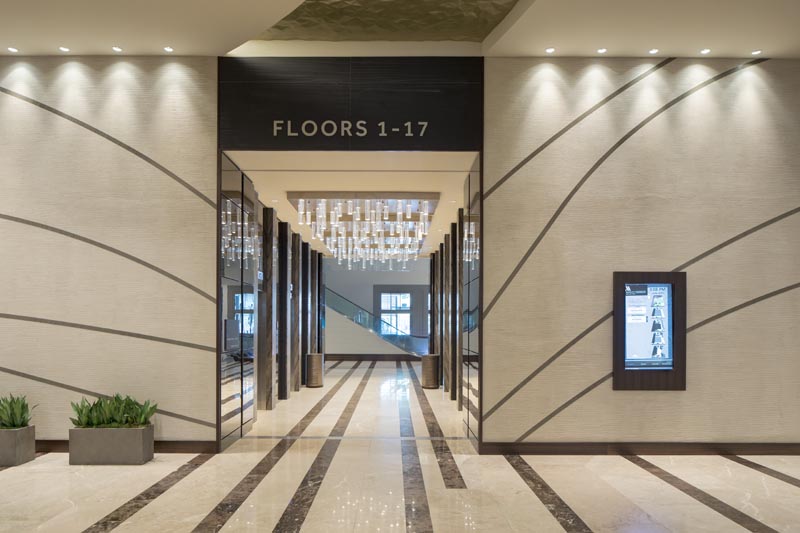 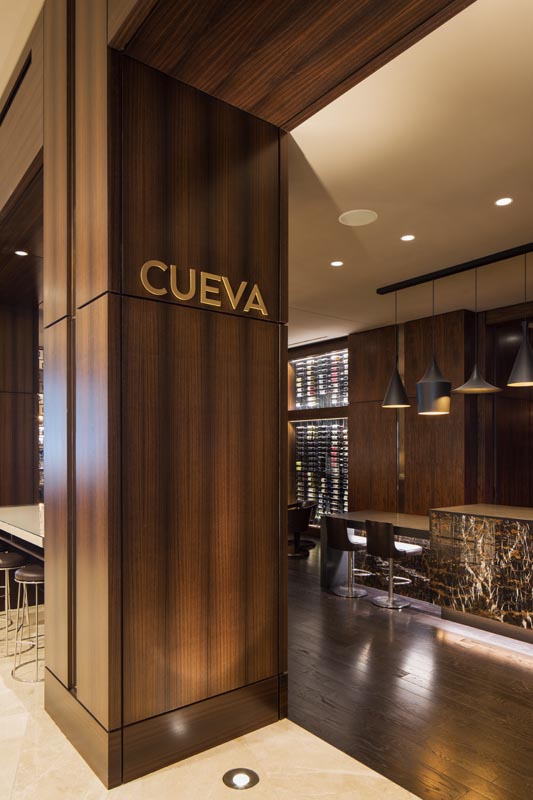 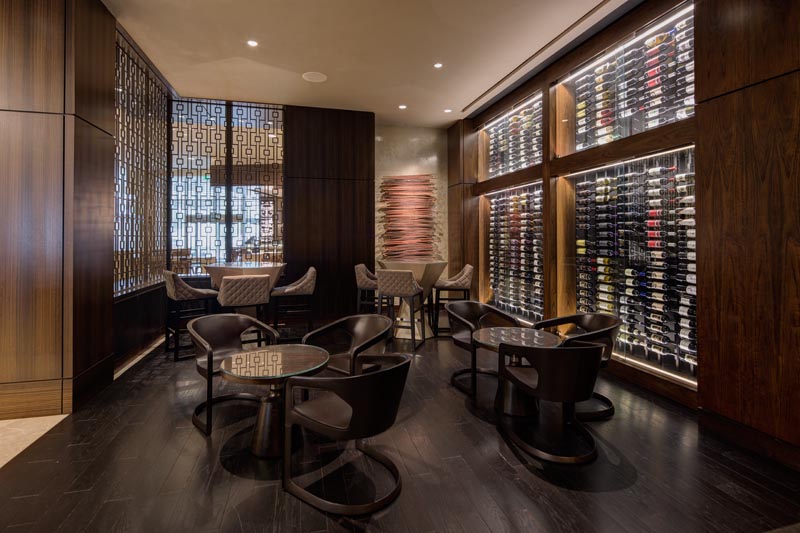 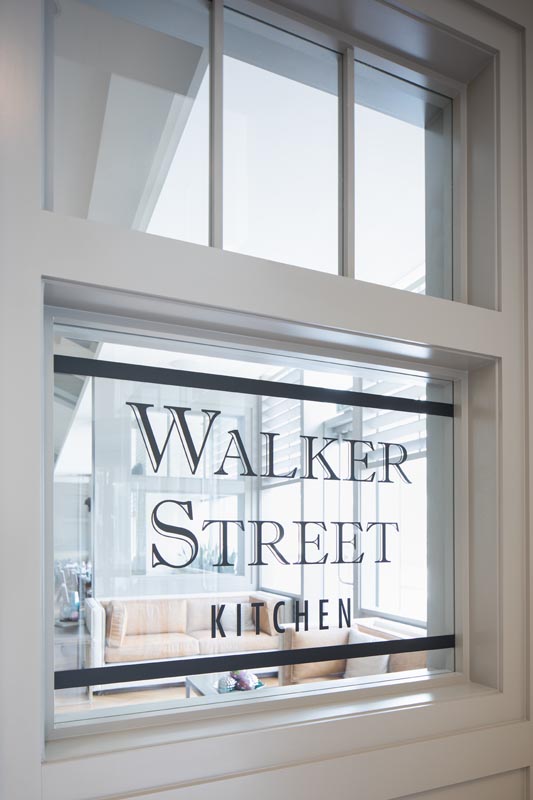 Two escalators service the each end of the hotel.  The conference-center escalator, which services four floors has a large light/chandelier installation on the second floor. 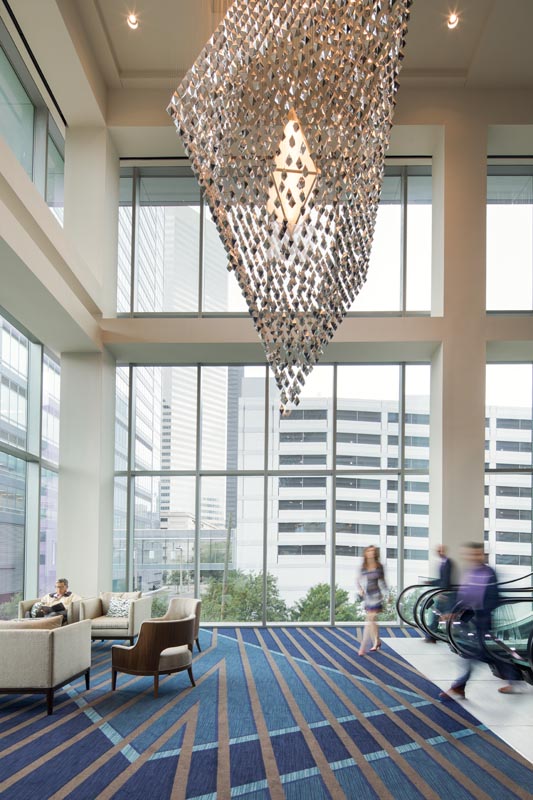 The second floor corridor, ceremoniously greets conference and meeting room guests with a spiraling DNA-like chandelier (made of glass, of course) suspended from the ceiling. 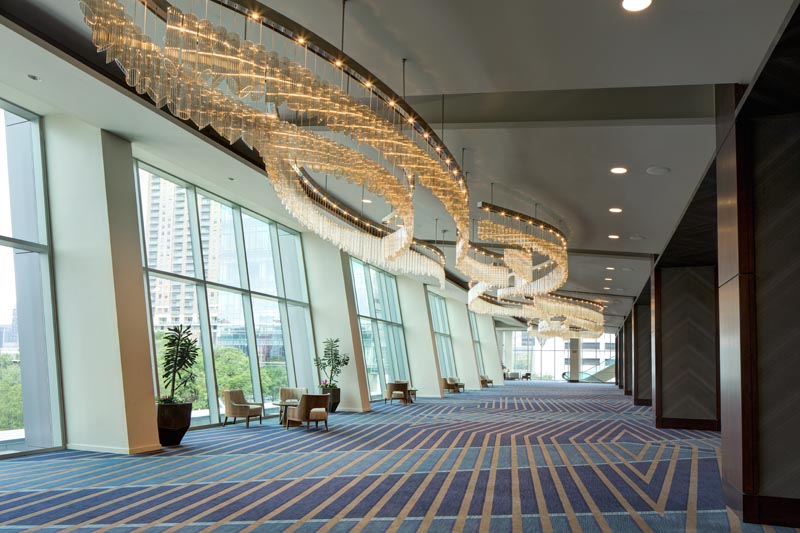 On the roof deck is not merely a pool, but a “river” that circles the decking, underneath raised pathways and among sunbathing guests who socialize on pool chairs, sometimes underneath umbrellas, canopies, or palm trees. 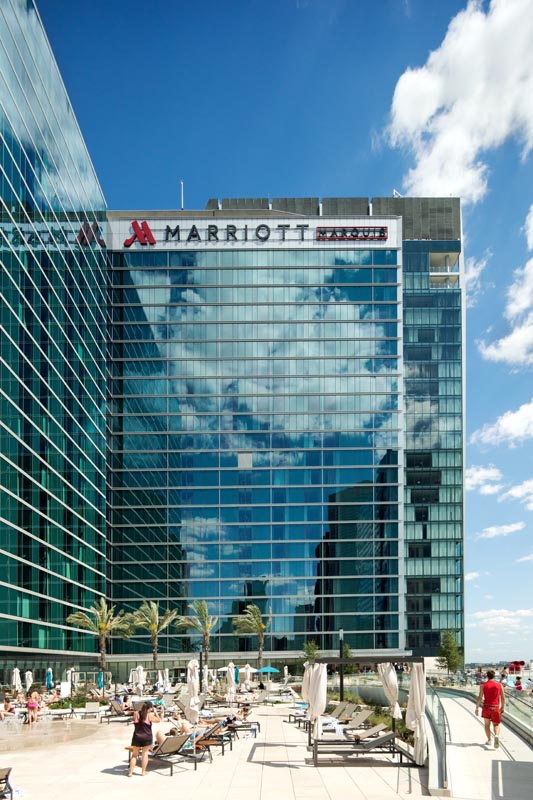 It clouded each evening of shooting, so this was the best evening sky I could muster. That’s it for the Marriott, I’ll have more to report from Houston in the near future. 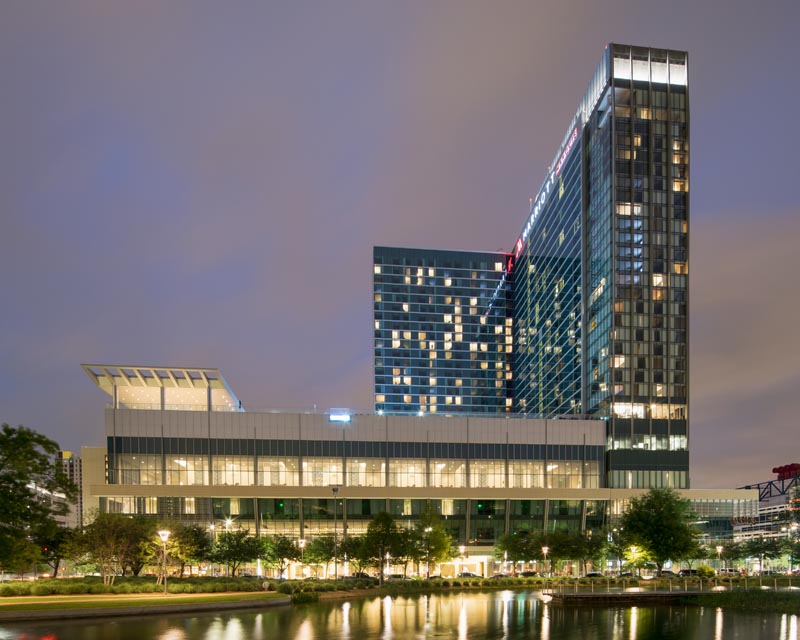