BACK TO SCHOOL! Apparently it’s some sort of cosmic joke paying off my student loans partially hinges on photographing university architecture. This time, I went to nearby Campbell University to capture the brand new Luby Wood Residence Hall designed by Little.  I had never previously been the campus before and wasn’t sure what to expect on the grounds, the entire university is pretty neat, located in the middle of nowhere a.k.a. Buies Creek, North Carolina.

The new residence hall (we don’t call them dormitories any more, kids, because it’s cool to live on campus) enclose the courtyard bordered by existing  residence halls.  A generous glass facades marks the street-side entry.

Entering the first floor is a reception area that’s secured after hours and monitored by resident assistants.

Finishing up the glass facade, the remaining floors above the lobby have a “living room” which has a kitchen, dining and entertainment, all accessed by elevator.  I’ll talk a little bit about the photo below, to illustrate how capturing photography in two-dimensions varies from the actual three-dimension space.  The lighting for this was a simple two-light setup and the instructions given the models varied.  The four in the kitchen/dining area were pretty straightforward.  The female college student to the right is directly in front of the wall, not the elevator, and is actually staring up at the crevice between the wall and ceiling.  I grabbed the two males on the couch who were playing video games on another floor as my other figures.  Normally they’d be at the center of the couch, but I scooted them to the corner in a hilariously, socially uncomfortable manner. The television is centered similar to the couch, so they’re looking at nothing but empty wall taking my instructions.  The shorter male was positioned to the left, crouching down to give full view of the kitchen cabinetry.  This allowed the taller male to lean up a bit more, differing in physical position to his friend – both holding game controllers to give the illusion they’re actually playing games.  To loosen them up (this took a few tries) I got them laughing about how stupid what they were doing was.  It worked and I got the natural reactions I was seeking converting the image to one about the space, to truly experiencing and living in it. 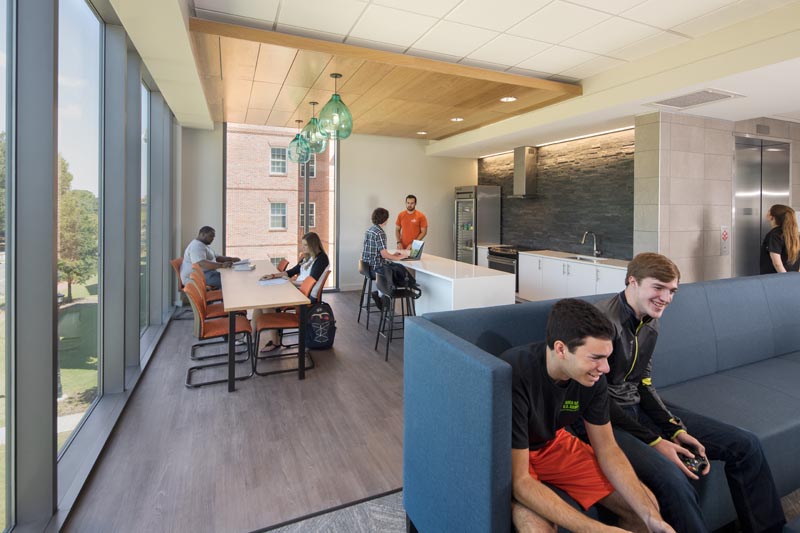 Further inside were individual student rooms and study spaces, with generous views of the courtyard and opposite residence hall. 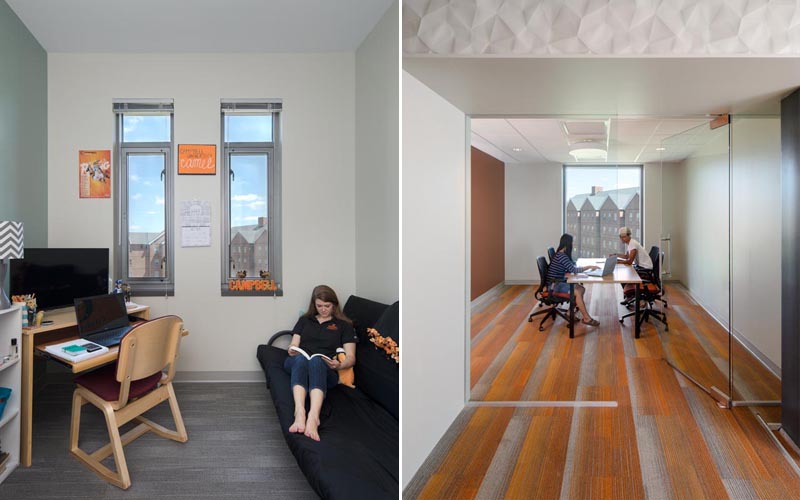 The residence hall is split into two solid masses, joined by a 3-story glass-enveloped bridge that forms an underpass from the parking lot through to the courtyard.

Sunsets are pretty good this time of year. 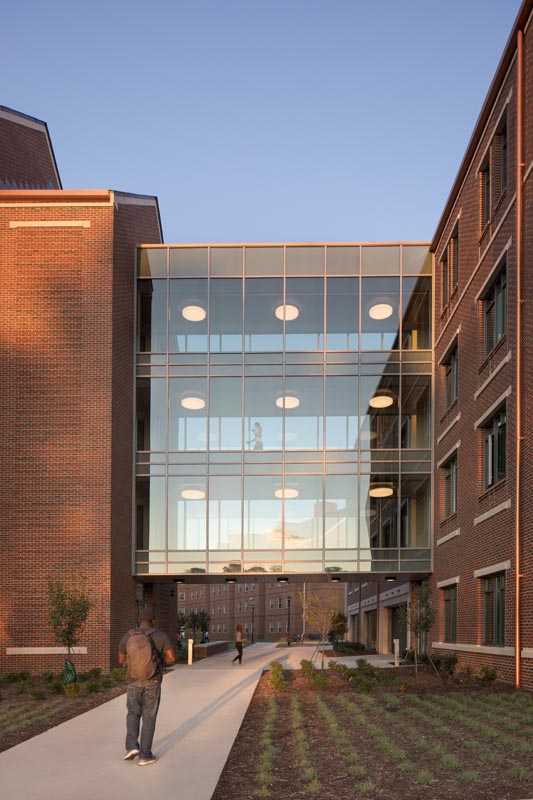 On the opposite side, you can take in the full, uninterrupted view of Luby Wood.

On the bottom floor of the left building is a convenience store and bicycle storage, which you have a better view in elevation in the twilight photo. 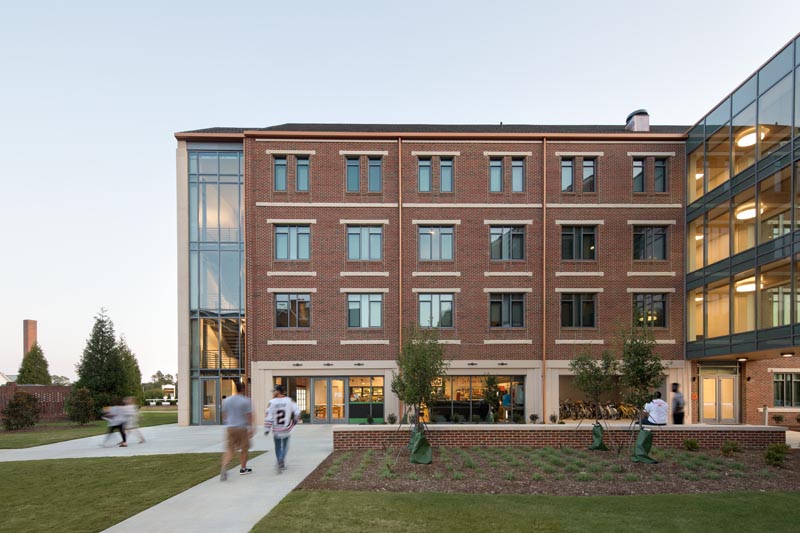 The convenience store was clean and had good wall graphics. 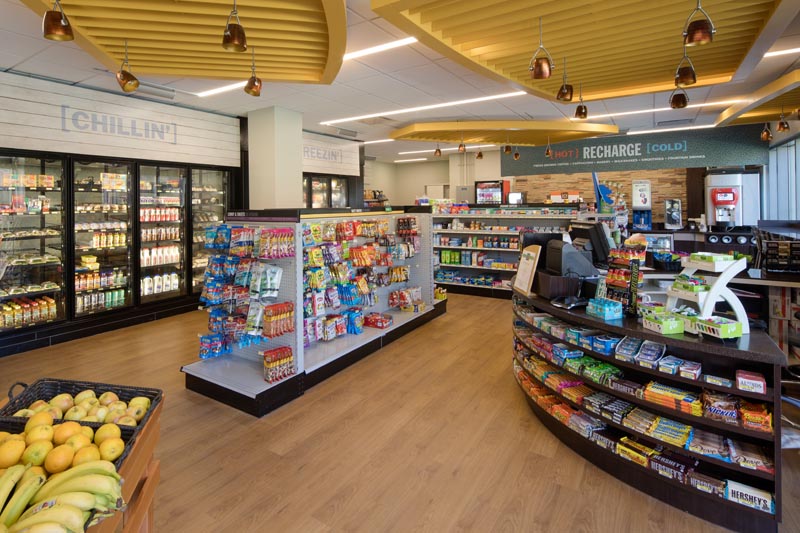 Lastly, here’s a blue hour shot of Luby Wood Hall, you can see the first-floor lobby, multiple living spaces, and lit exit stair wells.  I appreciate they didn’t just make the exterior finishes all red brick!  All in all, I pretty darn neat design to shoot.  You’ll never guess it, but there’s a few more academic projects I’ll share over the coming couple of months! 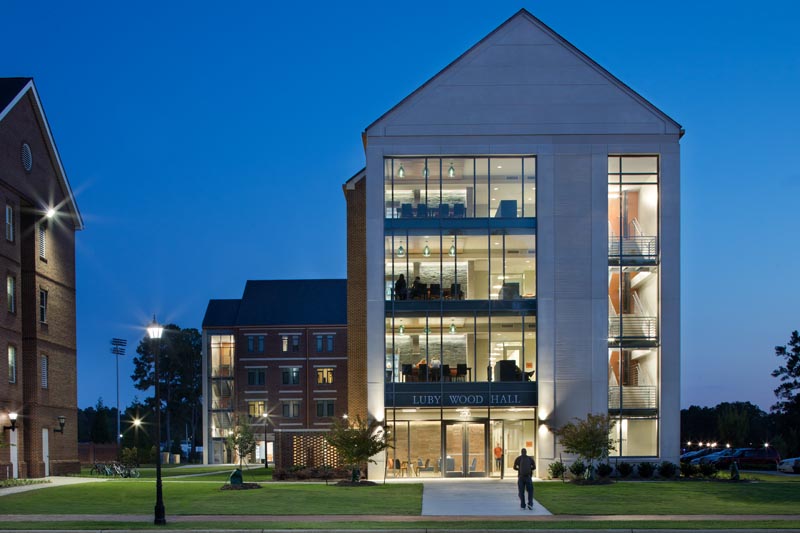