About a year ago during a phone conversation with my Mom, she asked fraught with concern, “Have you thought about getting a hobby? You shoot photographs all the time.” Not only does this encapsulate my relationship with mother but also reflects that I lived a very blessed life in that I get paid for what I truly enjoy doing – which mostly revolves around architecture and photography. The more I shoot new buildings for a living, the increase for which I shoot old and abandoned structures for fun. I recently paid a visit to the Scranton Lace Company complex in Scranton, Pennsylvania with a group of explorers out of DC. Expect more to come out of this place in the future!  I split this blog into two parts – colored images first, black and whites, second.

Not much architecturally going on with this place on the outside, but the clock tower is a neat feature.  Scranton locals used to set their watches to the time on this clock. 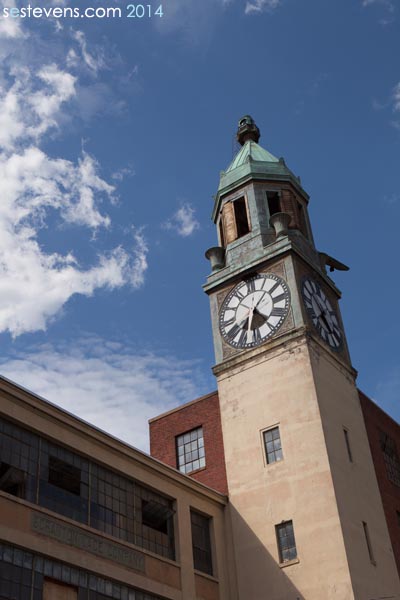 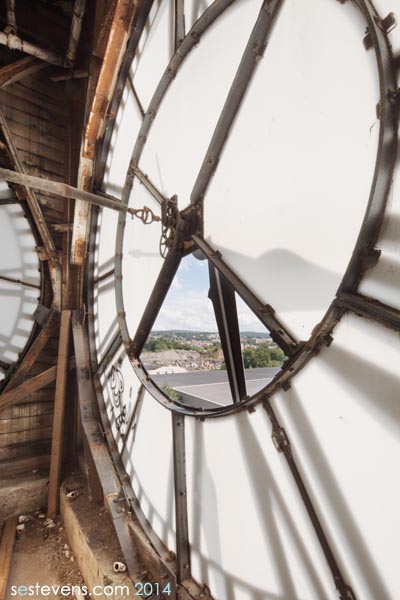 This place is awesome.  I will say, from the images I’ve seen captured by other visitors in earlier years, the location has lost some of its luster due to degeneration of the human variety.  Many items have been stripped or removed, but the bones of these buildings still retain much of the old magic.  The owners are talking about turning this into a massive mixed-used campus over the next decade .  You never know how these things go, and during my years as an architectural practitioner I’ve witnessed many of these types of projects flounder before they even get started, so hopefully it’ll happen and be done right. 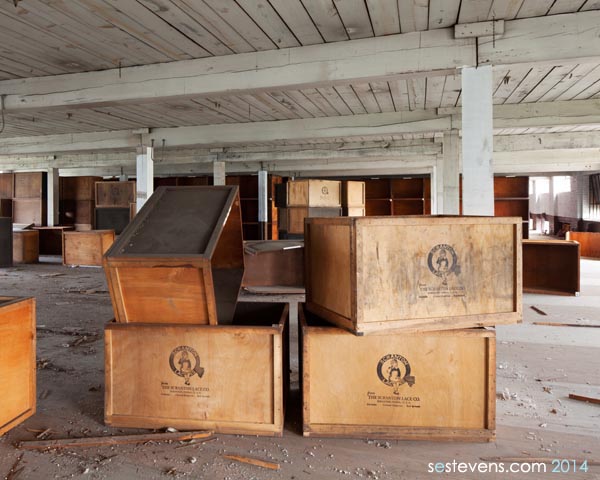 Anyone else notice that the chair mortality rate in abandoned buildings is ridiculously high? 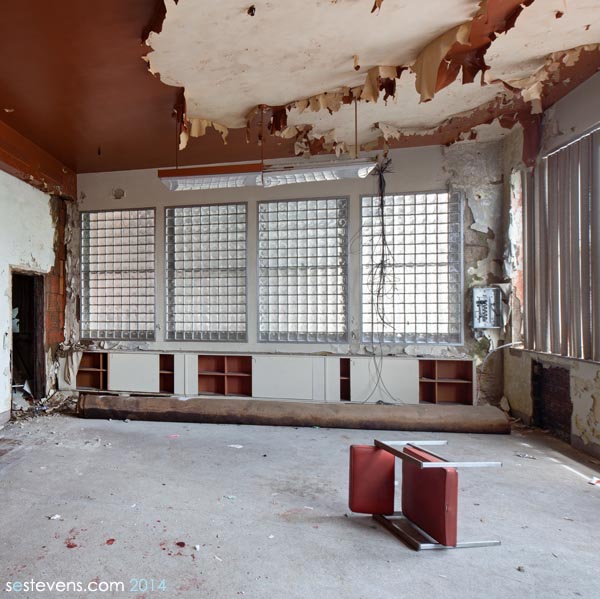 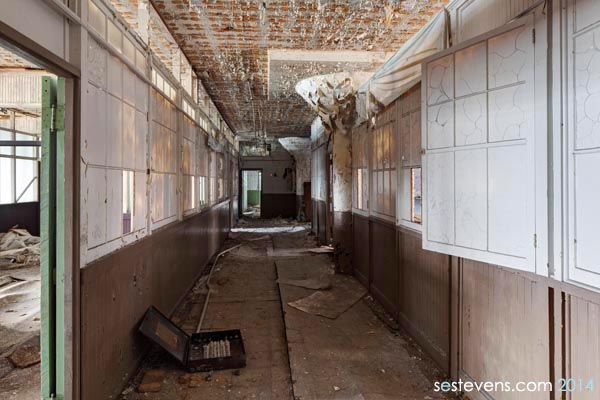 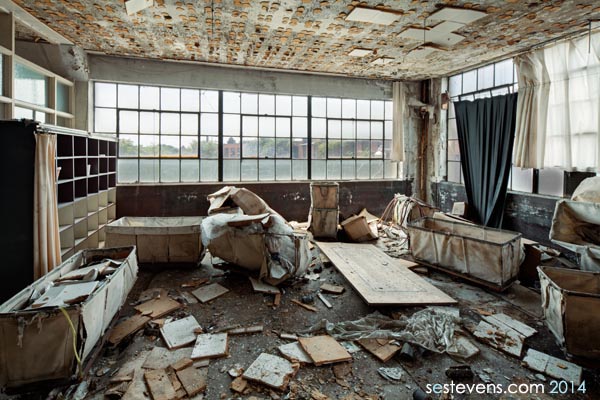 This was one of my favorite spots in the building, it appears like it was used for storage or warehousing.  Just seeing how the light bounces of the architecture, peeling paint scheme, is really neat. 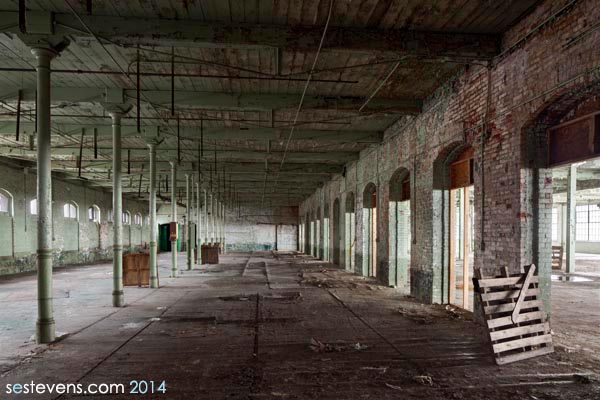 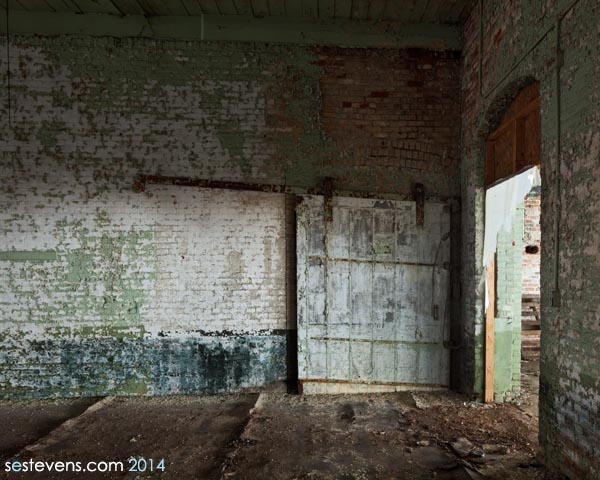 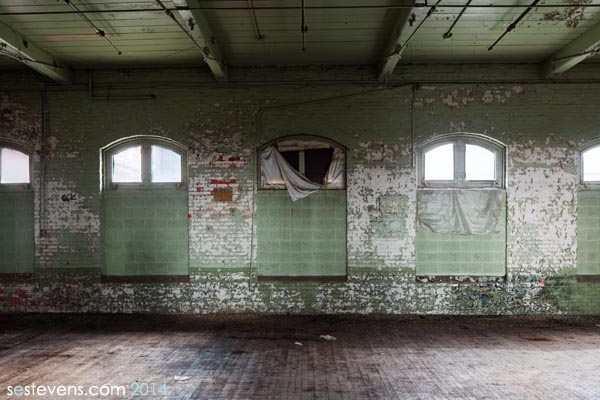 That’s right – this place had a bowling alley. 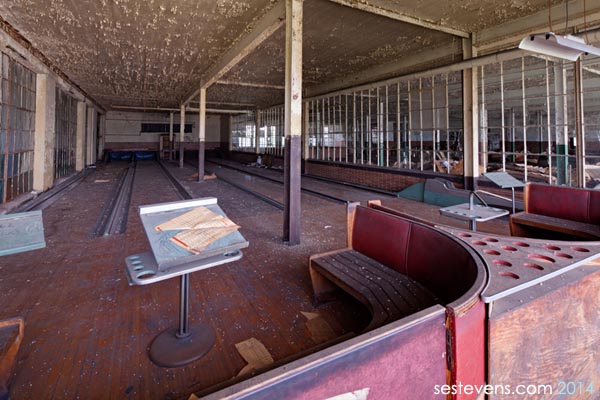 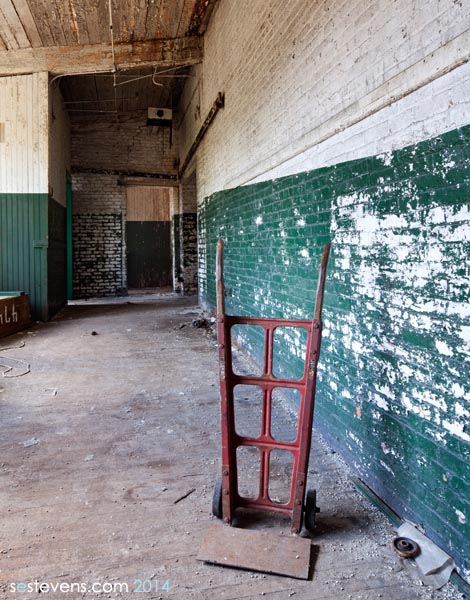 There was a TON of things to play with.  As usual, I defaulted to architectural shots, in my next visit (s?) I’ll probably both focus on architectural and detail shots, playing with depth-of-field a bit. 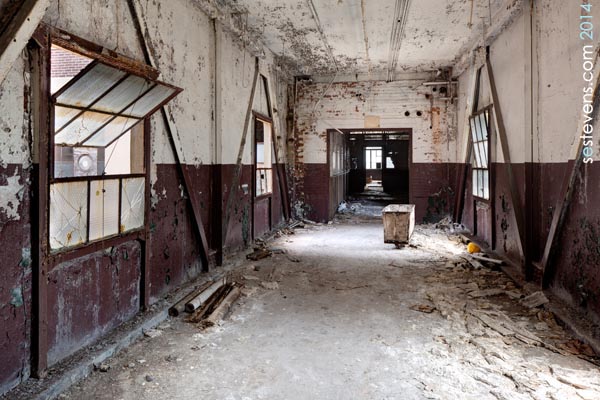 No matter how much I see plant overgrowth, I never get tired of it. 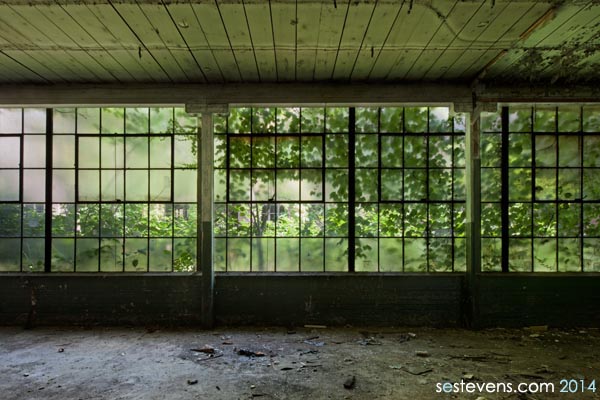 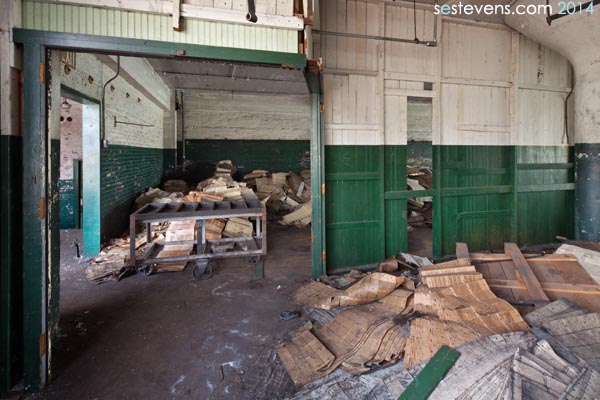 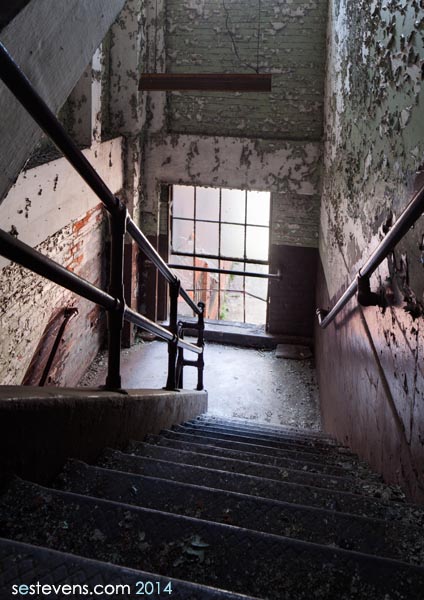 Another neat little spot, with the framed openings. 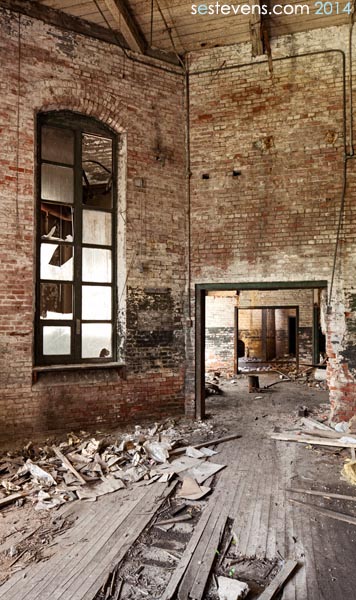 The loom is one of the locations in which I’ve seen some amazing, beautiful pictures from the early-to-mid 2000s.  It was much more intact than you see here, with patches of white cloth still in the loom. 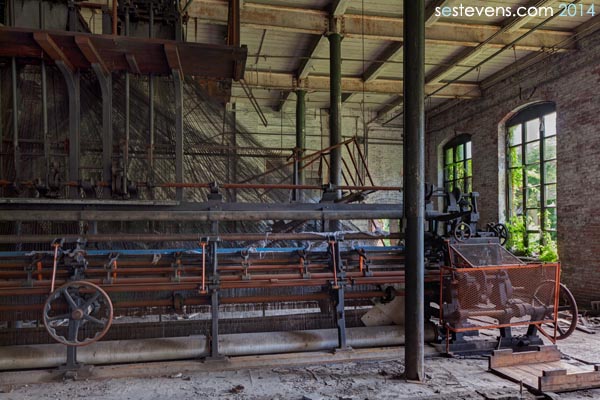 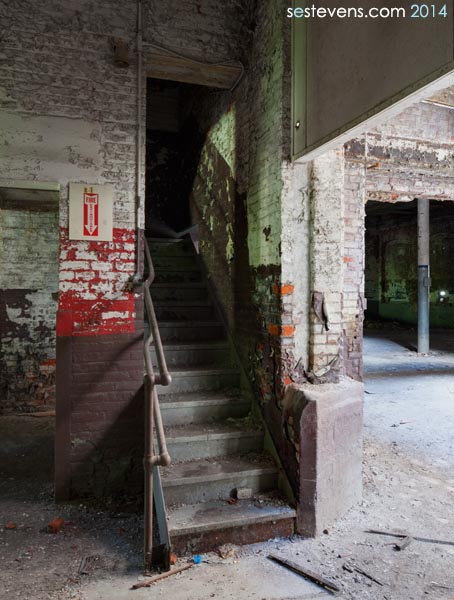 Out of what I got to see, this was my favorite space and I’ll return to Scranton just to recapture this entire area at low light with my widest lens instead of the one I was forced to use here. Too much poor light from too many sources to deal with at the time but I brought out what I could.  Breaks in the roof, stuff falling apart on the walls and the ceilings, holes in the floor, it’s total chaos. 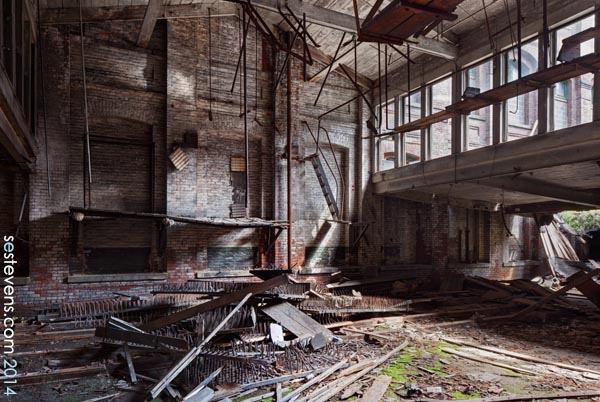 Alright, onto the monotone images: 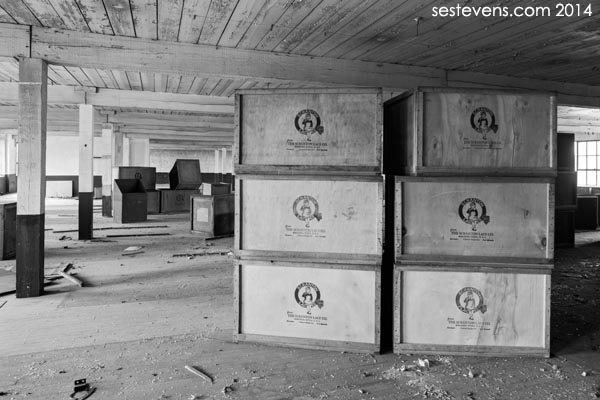 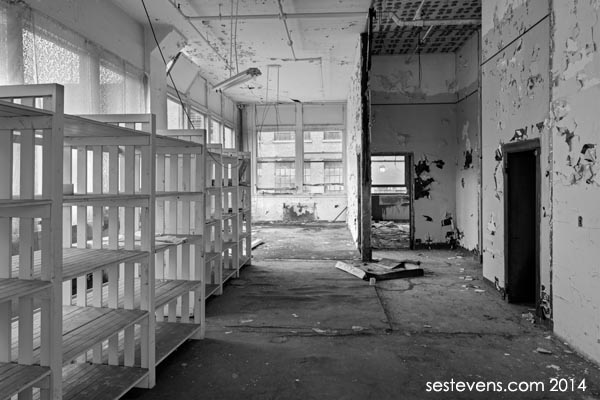 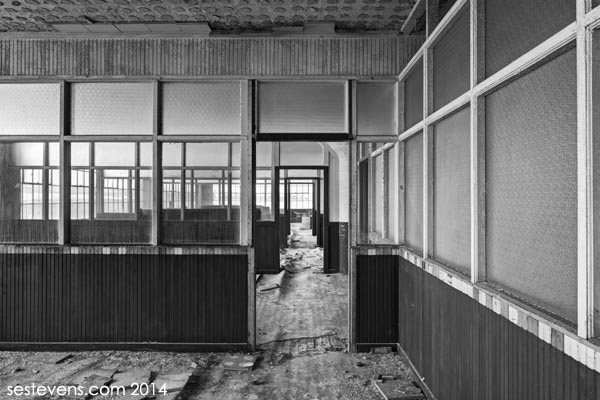 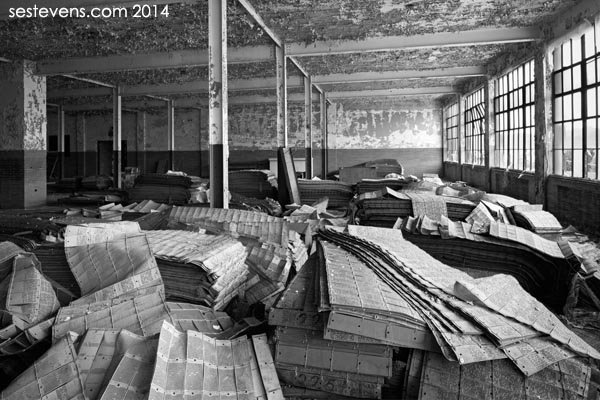 Quality of light was freakin’ awesome in some areas. 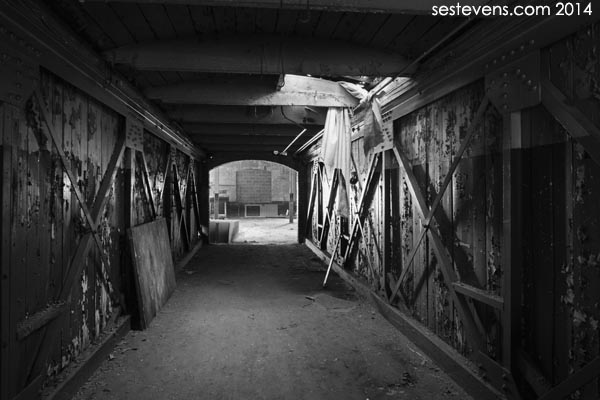 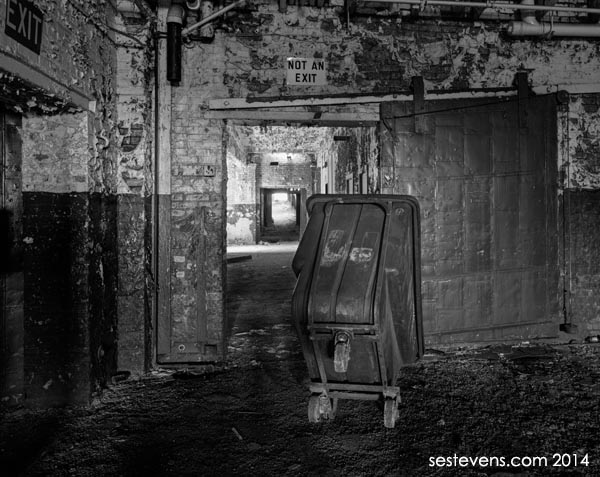 Oh yeah – Scranton Lace also had an auditorium and gymnasium, which is mostly trashed.  The upstairs with wooden chairs are still pretty neat. 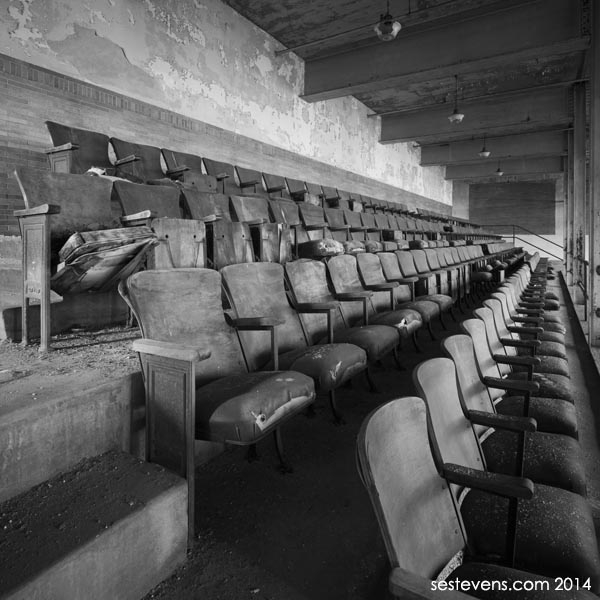 Told you they were everywhere… 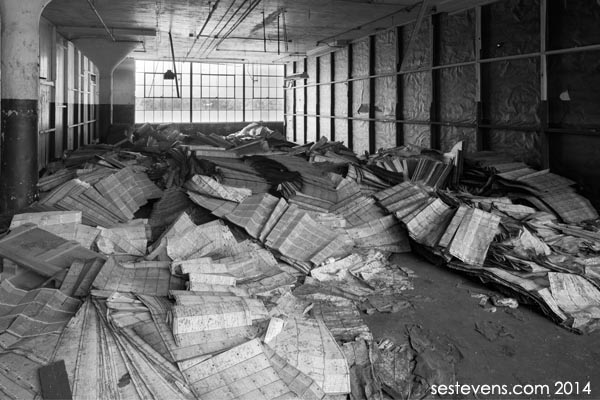 This is my favorite shot I took of the entire thing.  Light was very dim on the bottom floor so I was able to pull out details with some long exposures. 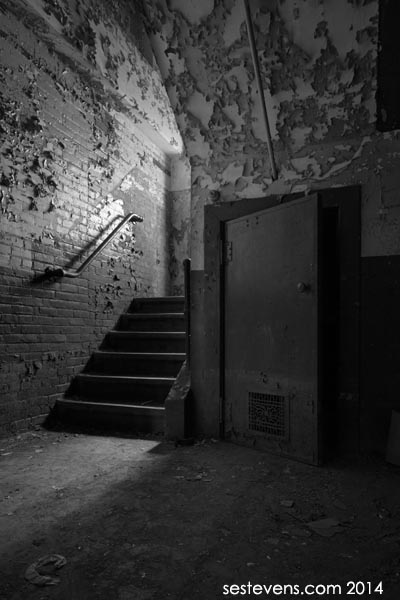 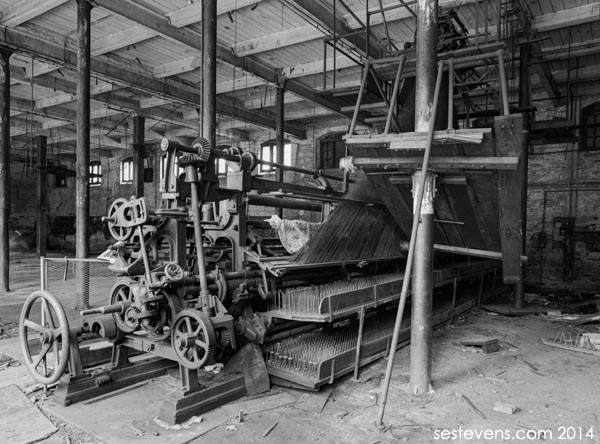 That’s it from Scranton Lace for now.  It’s been on my bucket list for years and is officially one of my favorite locations.  I’m positive I haven’t even scratched the surface and am looking forward to taking it all in with more detail. 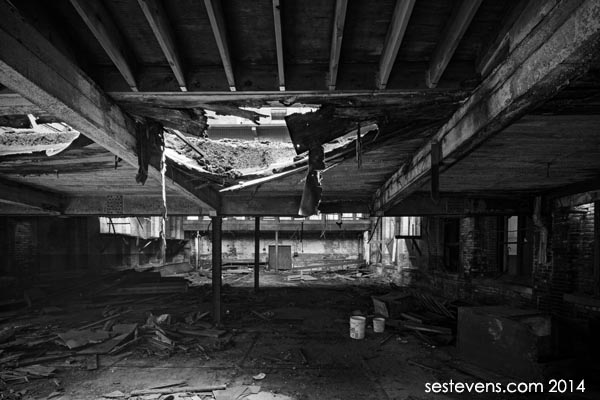