Each time I post photography from Texas, my southeast-based contacts ask if I’ve moved. As anyone familiar with my work, I travel often. Given the geographical range of my projects, doing occasional projects in cities such as Houston and San Antonio, having deep personal and professional connections in both NC and TX, it just made sense to begin splitting time between the two states and filling in the middle as needed. After two years of planning, research, and effort I decided to focus more attention to San Antonio and Austin, however will still serve Raleigh, NC and beyond as I’ve been over the past 11 (yes, eleven) years. This venture launched a few months before the worldwide COVID-apocalypse, so the confusion is understandable as it’s gotten lost in the shuffle. 🙂 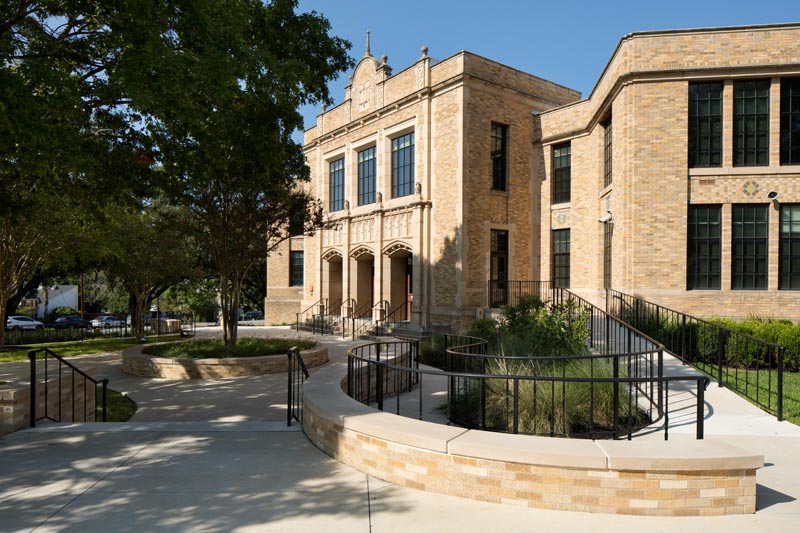 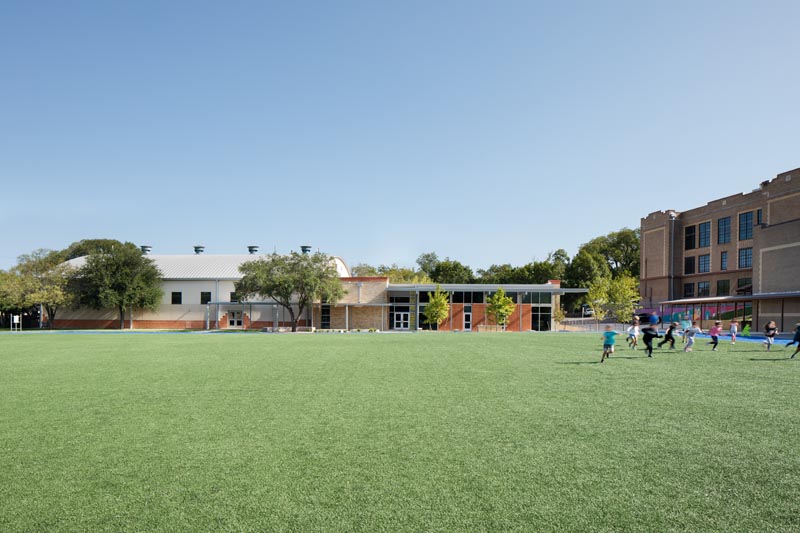 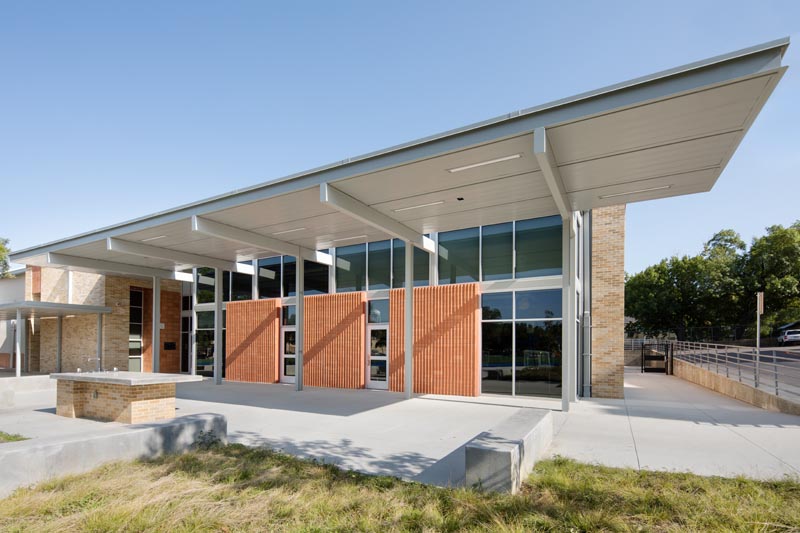 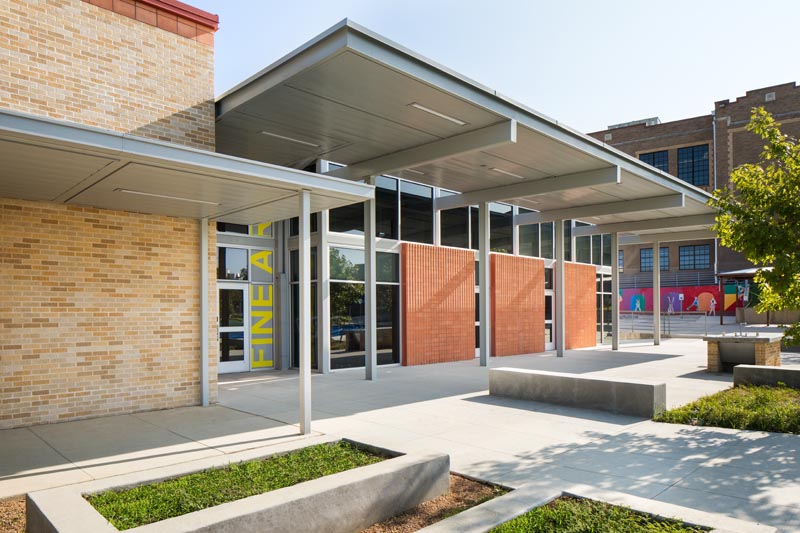 Back in eastern North Carolina, I had the pleasure of once working with Sawyer Sherwood & Associate Architects on a few projects, including two K-12 schools. Wrightsville Beach Elementary renovated the existing structure and added an entire second story above. You can see the brand new entrance created, with the existing school facade tucked beyond the canopy. 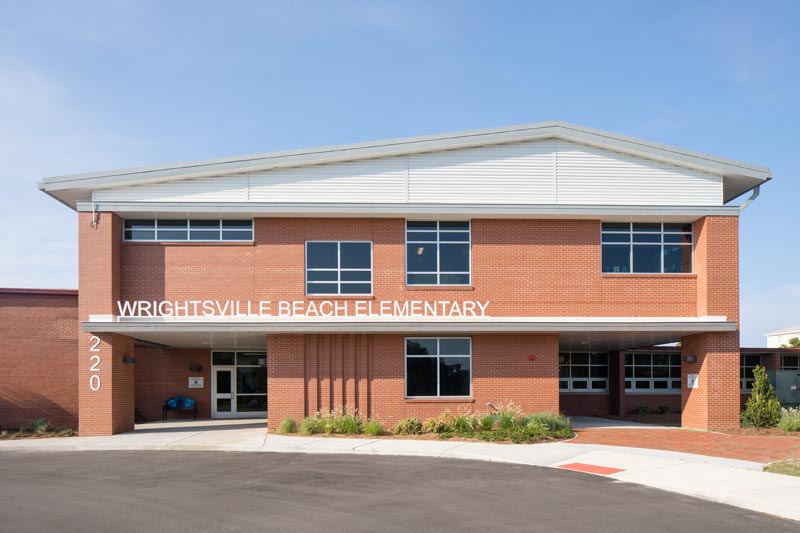 The mass containing additional classrooms stretches over and beyond the old school, adjacent to a new playground area, which can be seen from one of the renovated classes below. 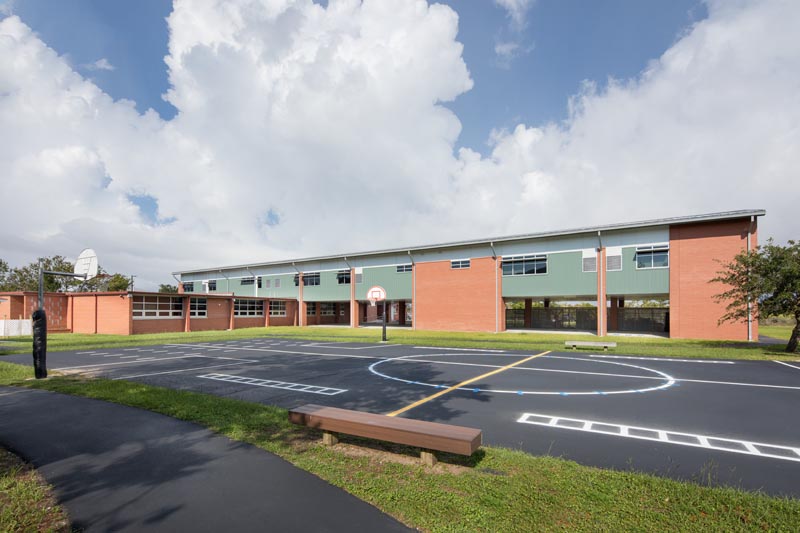 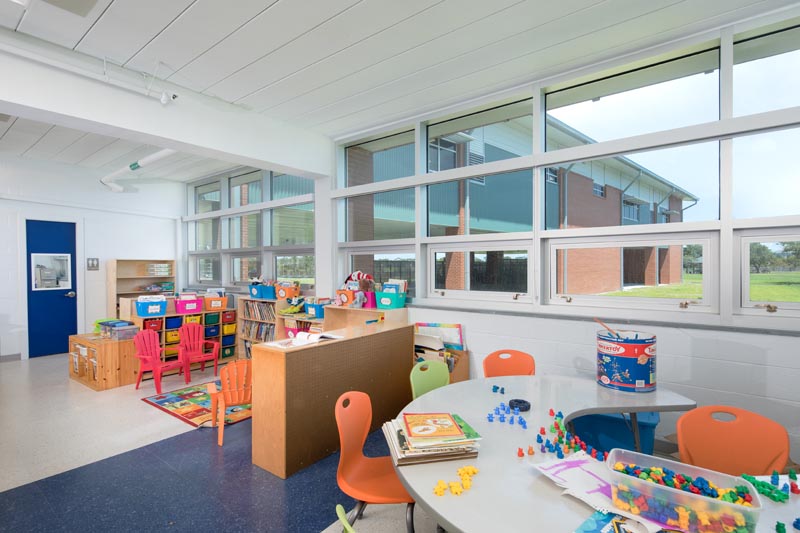 There’s some pretty neat long views of the school from across the marsh.  Makes it’s presence known and fits right into Wrightsville Beach. 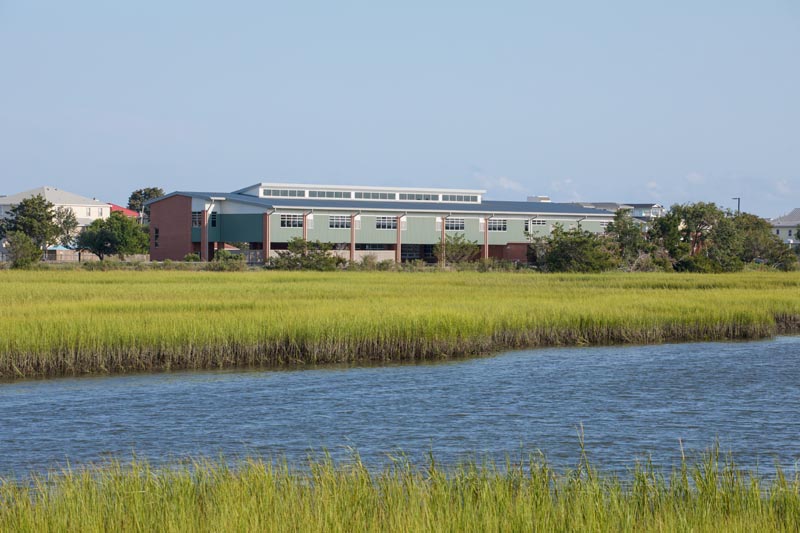 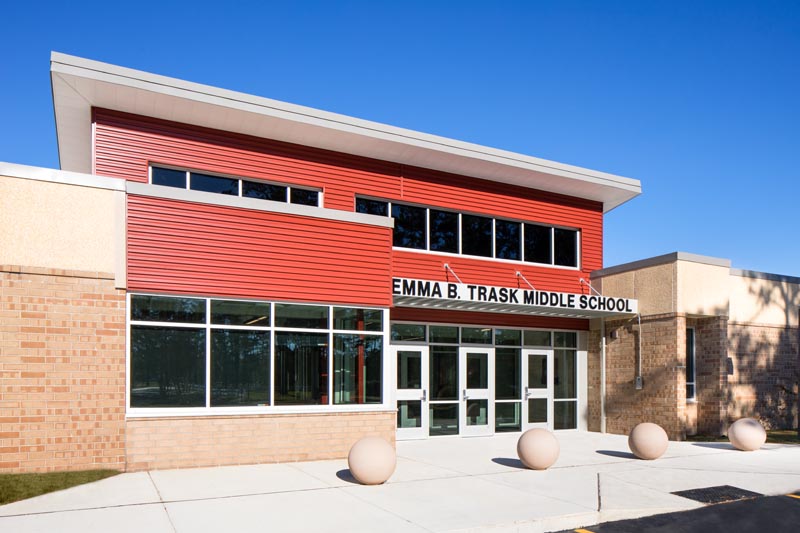 This included a new cafeteria with colorful sound attenuation and furnishings, patterned floors, and generous clerestory windows, a feature used throughout the school programming. 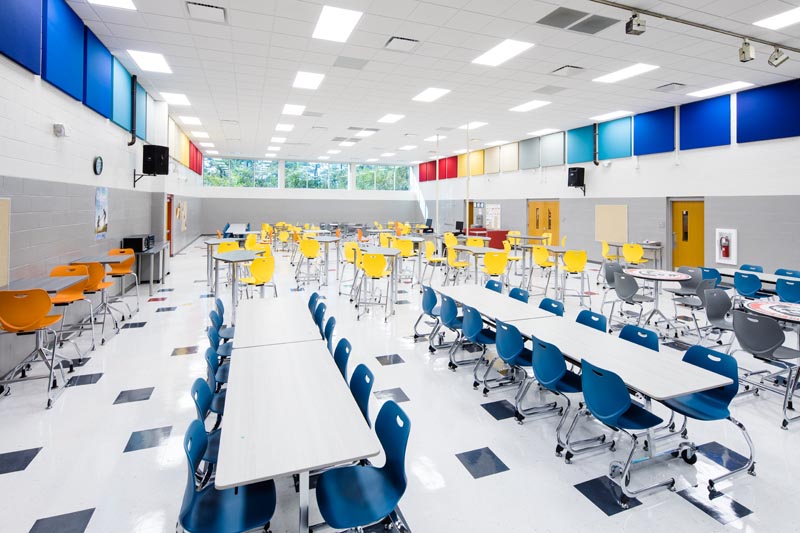 On the opposite side of the cafeteria is the performance stage where music class is taught, mostly virtual in the year 2020.  The music teacher was really pleased with the acoustics. 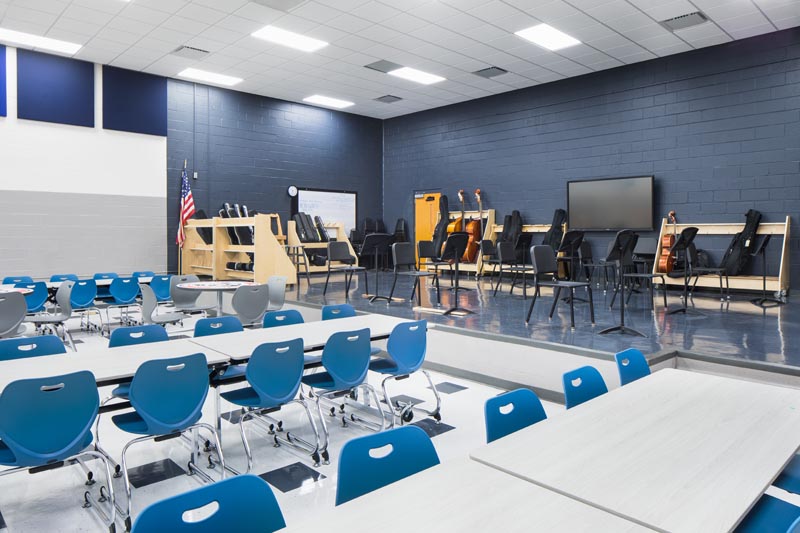 The library/media center adds a pop of color in the cylindrical form of the circulation desk. 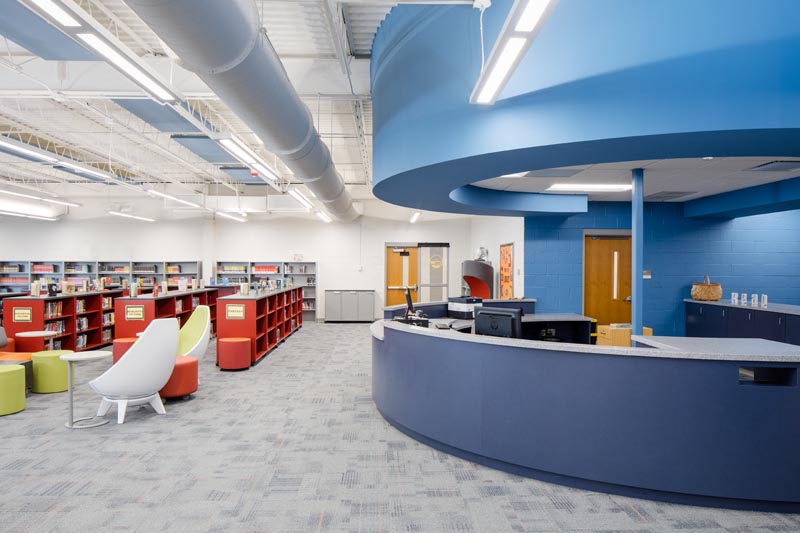 As a former chess player, I’m always impressed when I see the board already set up correct, it’s usually not the case. 😉 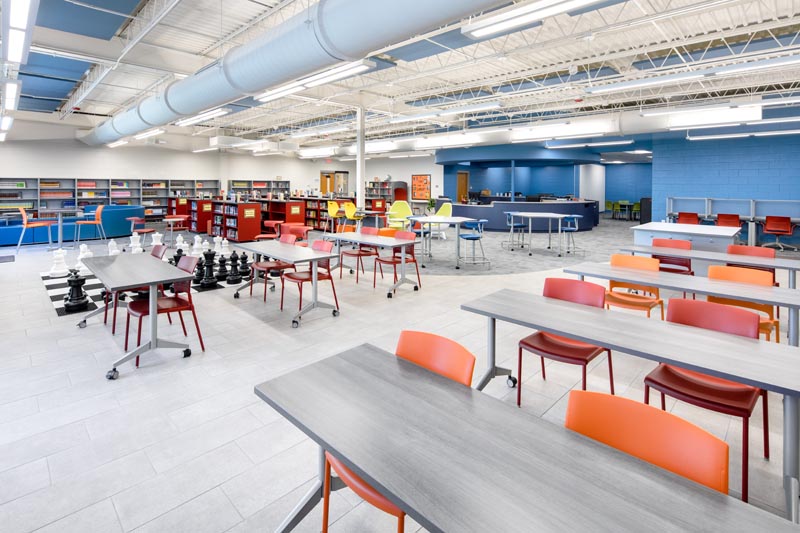 Lastly, they redid and resurfaced the entire gymnasium – again with those huge overarching windows above the red bleachers. 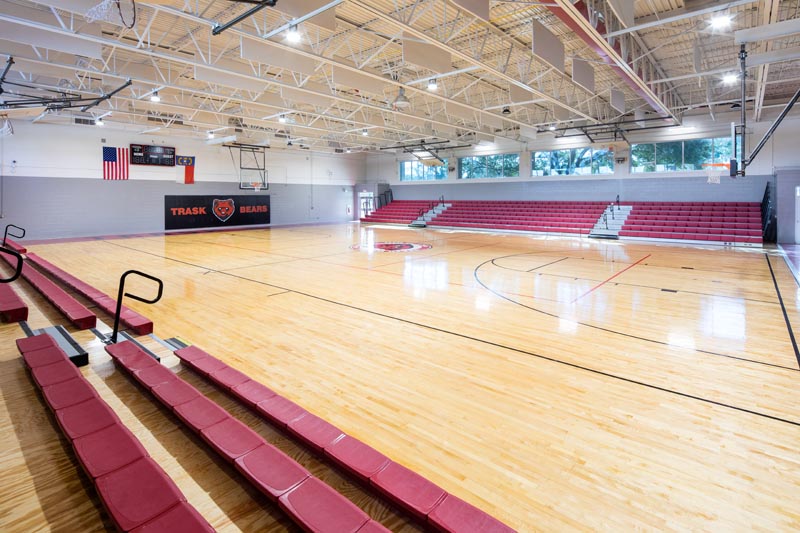 The year’s wrapping up, but I’ve got a few more projects to post about!