Another day, another dollar, another blog! This time work took me down to the Atlanta area – specifically College Park – yes that College Park, a famed city with population of 14,000, home of Cam Newton, Ludacris, T.I., Jermaine Dupri, and 2 Chainz. Welcome to Atlanta.

Little brought me down for a two-day shoot of the Ronald E. McNair Middle School for which they were an architectural consultant for the programming and interior design, working in conjunction with the architect-of-record, Stevens & Wilkinson. Fulton County has an exterior template and floor plan layout for all their new schools, however Little was brought in retool the interiors with an open, interactive, education module within the existing exterior. Little had implemented this style of programming and design in other schools, but in nothing resembling the likes of the Fulton County School District; so it was a first on all accounts.

The open auditorium is the centerpiece around which students transition the most – from inside to outside and vice versa, to the media lab, and in between classes. 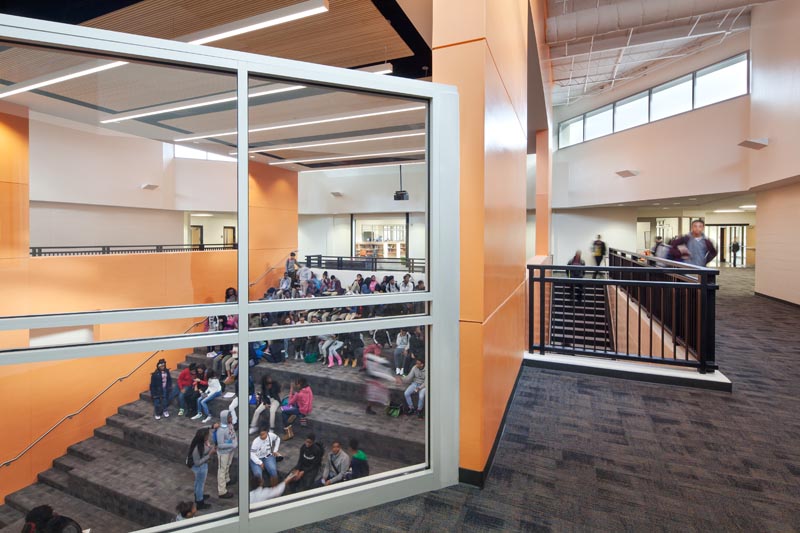 You can observe how removing walls alters perception of the space and interaction within it. This includes two large rolling garage doors between the media lab and circulation around the auditorium. 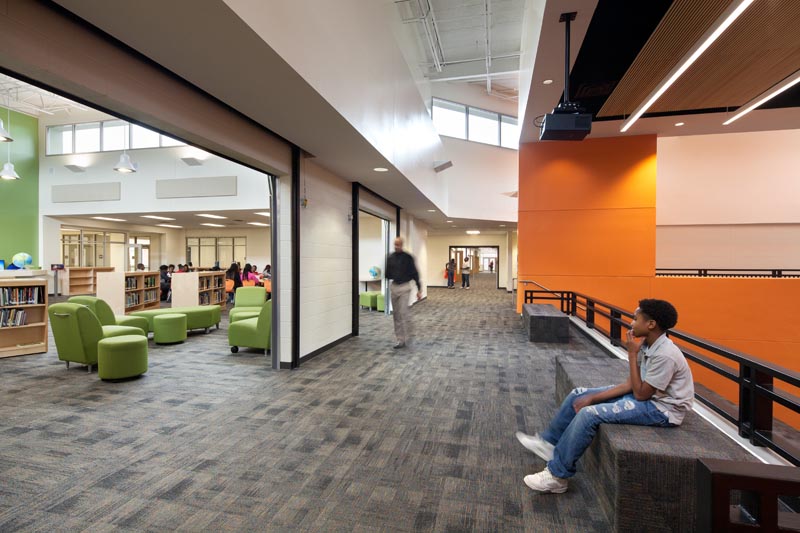 Among the color I saw at McNair, I thought the green palette worked best. 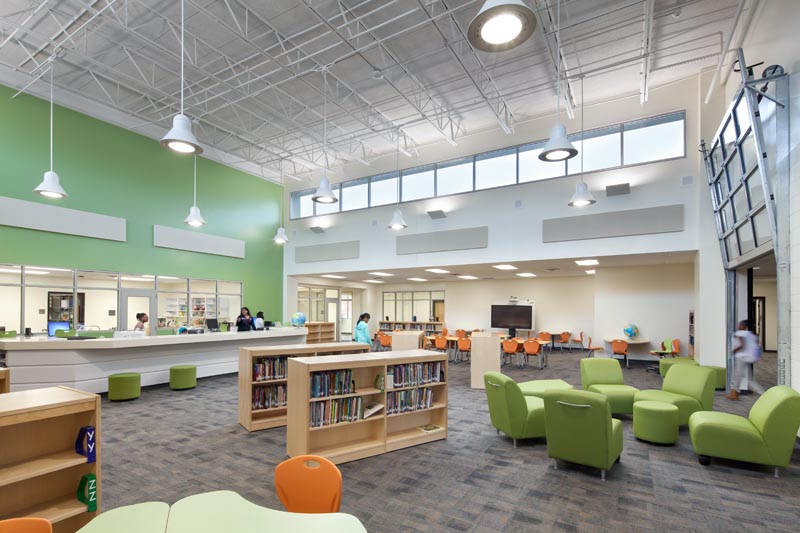 Occasionally classes would be brought into the media lab for various assignments or tests. 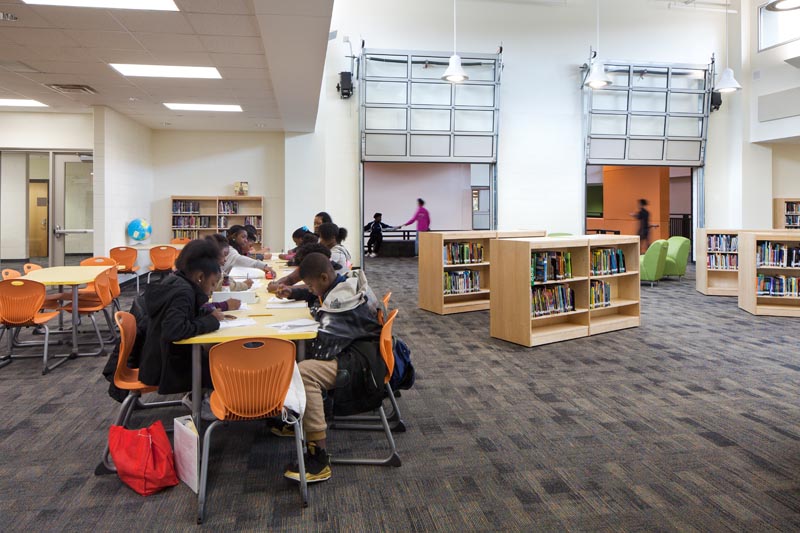 And here’s the open classrooms where there’s a bit of programmatic layering involved.  In the foreground you have the two classes, partitioned with one wall without separating doors.  On the left-hand, clad by yellow walls is a smaller auditorium space for interactive learning, underneath is storage.  Past that another two classrooms, mirroring the floor plan.  To the opposite side, beyond the teacher holding the paper up is a teacher’s office (to the left) and private team/study space (to the right).  The teachers’ offices are for the four teachers who occupy those same classes, allowing efficiency in daily planning, teaching, and classroom monitoring. 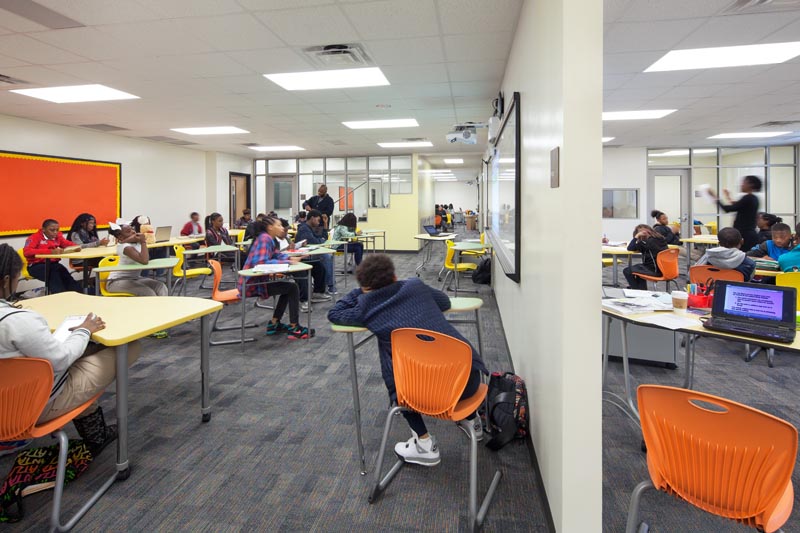 Some of the open classrooms were a bit smaller.  This particular pair features natural lighting from the clerestory above and has four smaller team/study spaces beyond. 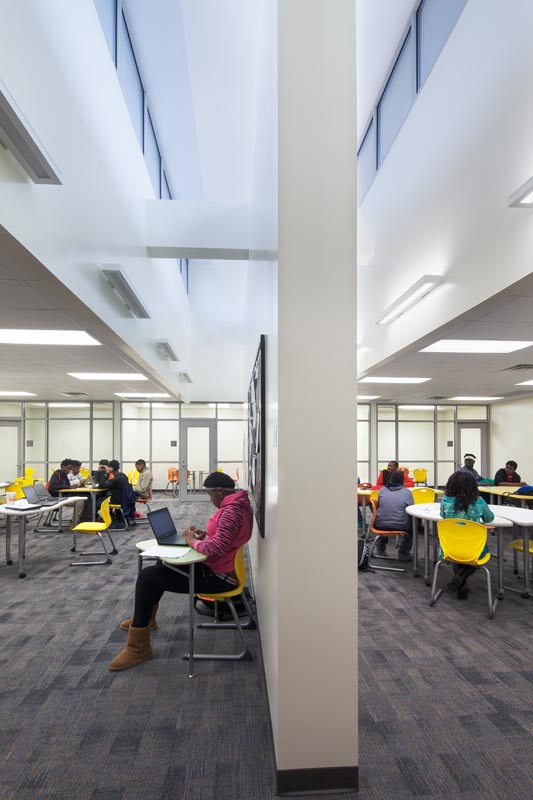 The business and technology class can be opened into other classes or partitioned off with garage doors.  Even with doors closed, the glazing allows line of sight to travel pretty far. 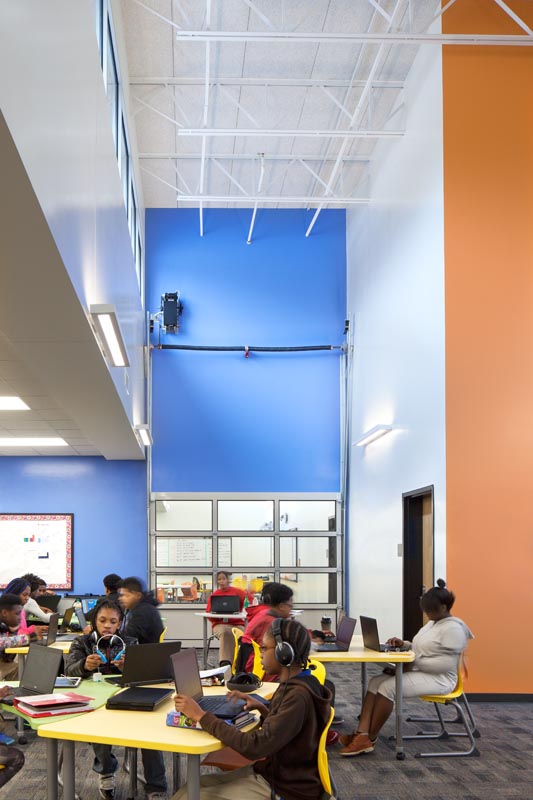 This illustrates better those little mini-auditoriums, what Little titles “exchange” spaces.  Teachers to the left, lockers beyond, another class to the right and students working in the foreground (okay, so these were some kids I grabbed pretending to work, but whatever). 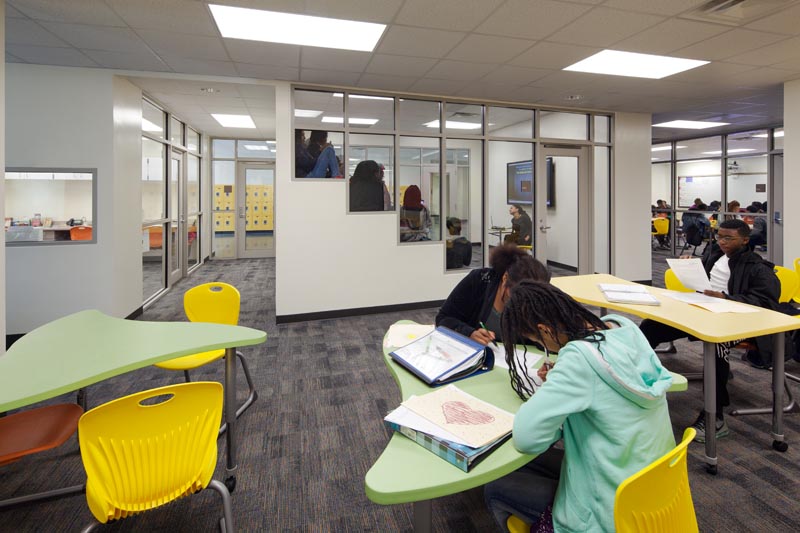 As you can tell, this type of layering – circulation to smaller space – to larger space, with intermediate control points was typical throughout. 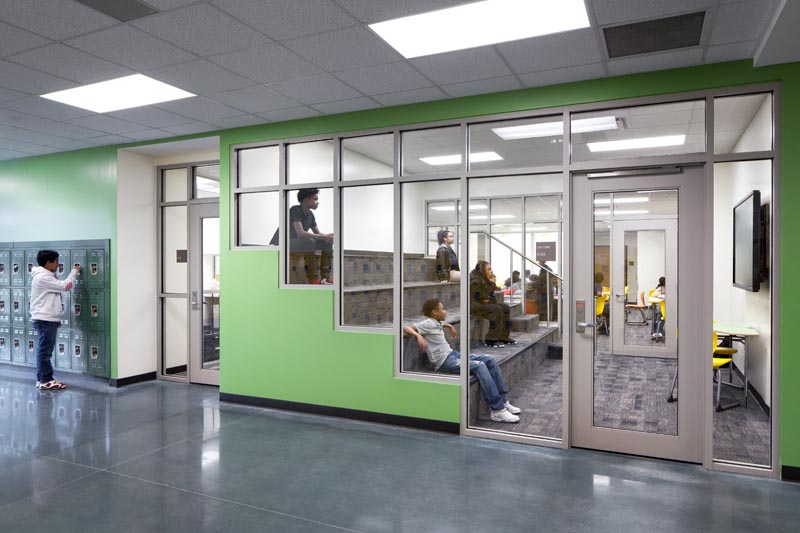 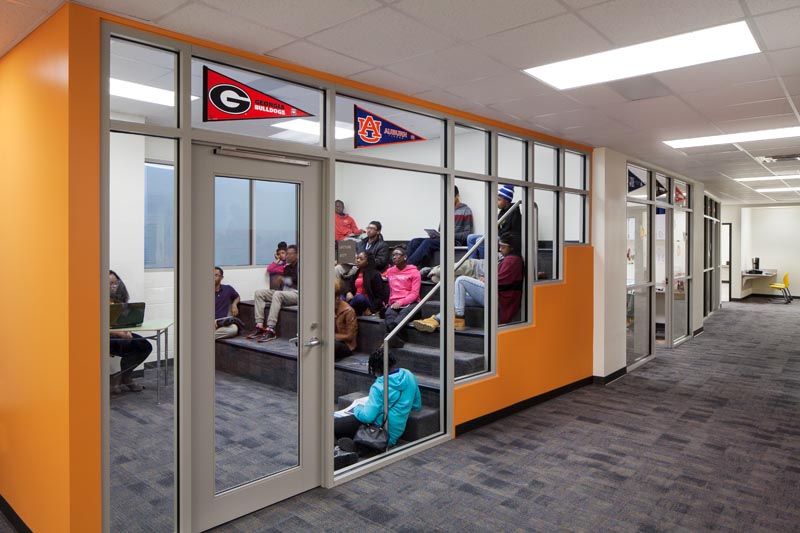 Alright that’s it.  This energetic bunch is waiting for the bus to go home and after two days of this, I need a nap!  See you next time, I’ll be back in North Carolina. 🙂 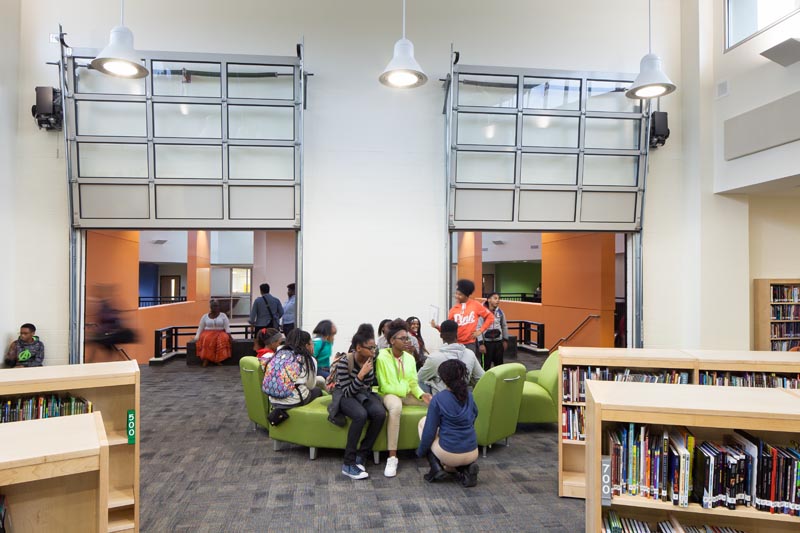