My blogs are becoming a little South Carolina-heavy lately, aren’t they? I’ve photographed much academic architecture this year, including University of South Carolina-Lancaster’s Founders Hall on behalf of client Little based out of Charlotte.

The three-story Founders is the only contemporary structure on USCL, which has a protypical hodgepodge of buildings with classical elements and anonymous 20th-century boxes. It sits prominently as an informal entryway to the university and conduit to the rest of campus. Little chose to treat this context with a two-story fold often seen in contemporary architecture these days. 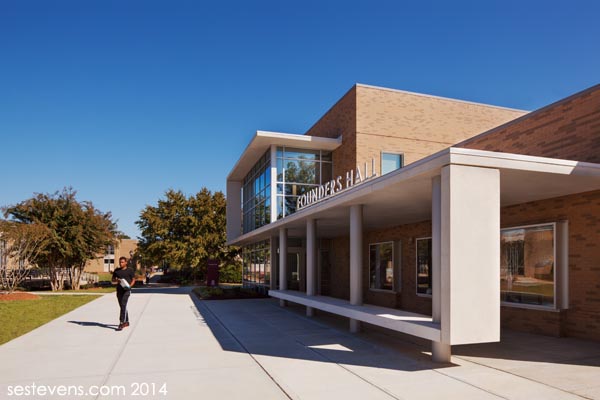 The U-shaped plan is filled in the middle with a green courtyard that steps downgrade from the ground floor to lower level. 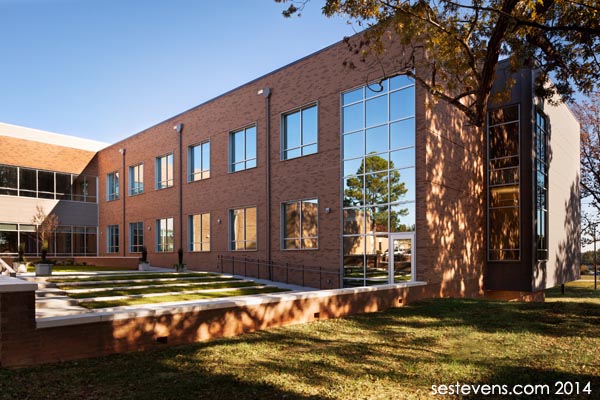 The building’s south-facing rear runs parallel with the local highway, its metal-panelled mass hovering over the transition in land grade. 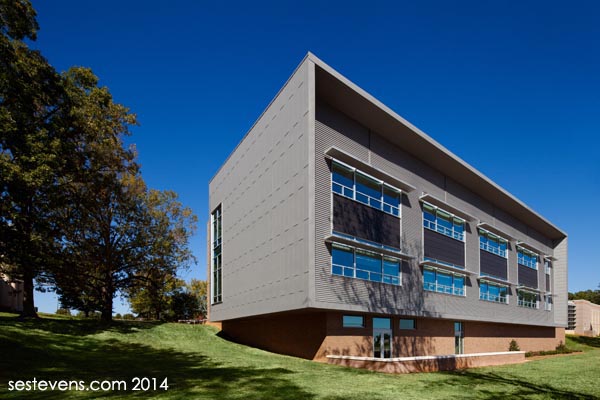 Okay, onto the inside.  Founders Hall’s reception is administrative in nature and is heavily used by students and faculty alike for their various educational needs.  This area is continuously lit by diffuse north daylight. 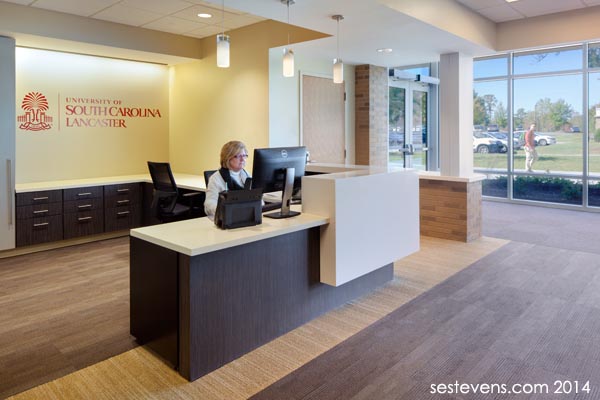 This area is classified as an “open classroom” but is really used as a student lounge and waiting area for students between classes.  As you can see the space looks out into the diminishing courtyard beyond. 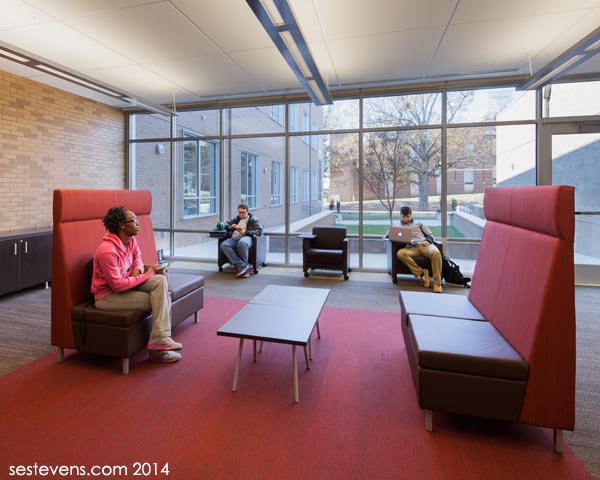 There are a couple of other architectural pauses in addition to the open classroom that allows the designed interior to navigate beyond its walls.  For example, this full-height window at the end of this hallway neatly lines up with this tree, allowing outside directly in and vice versa. 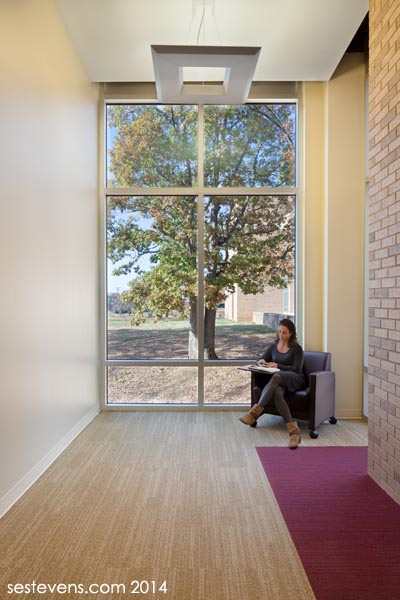 There are three types of general classrooms, two of them which I documented. 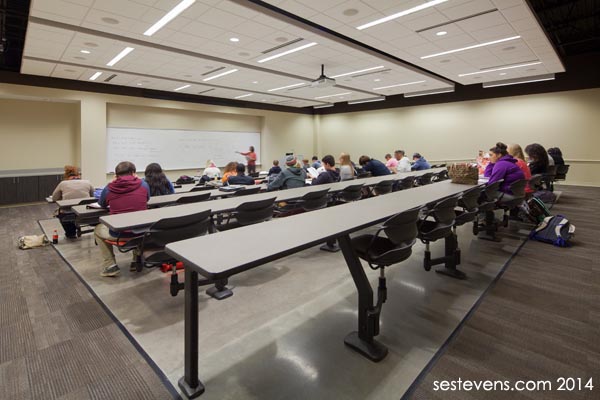 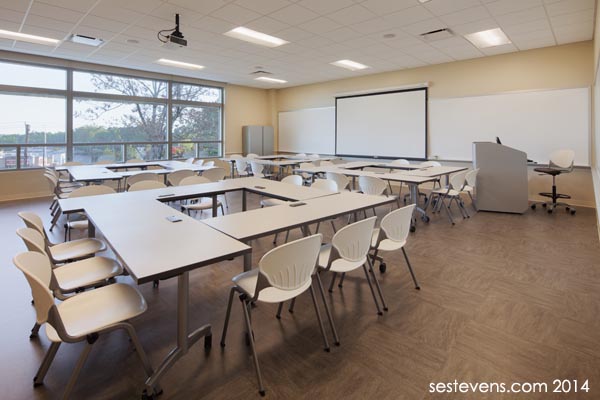 This is an evening view of the faculty lounge, again illustrating continuation between interior and exterior. 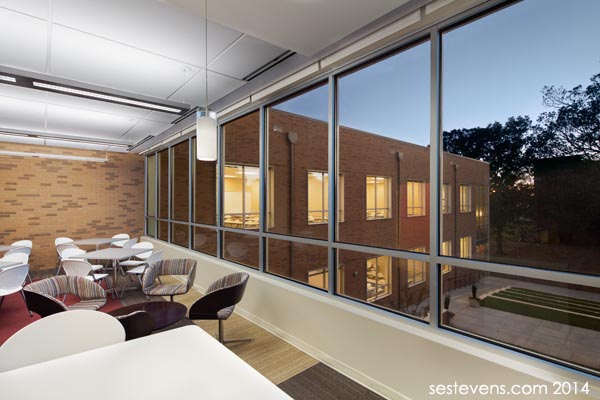 Finally, are a couple of twilight shots of Founders Hall, both showing the building in isolation and in context with the campus beyond. 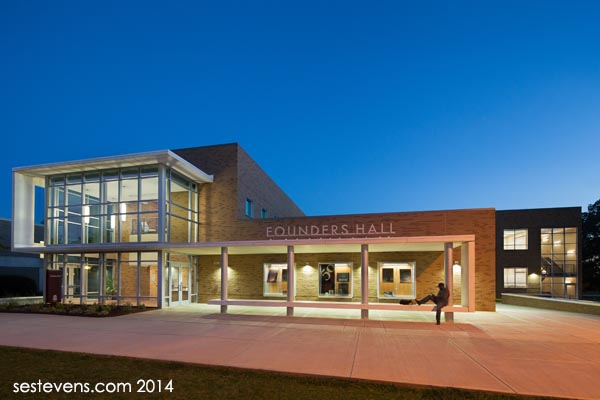 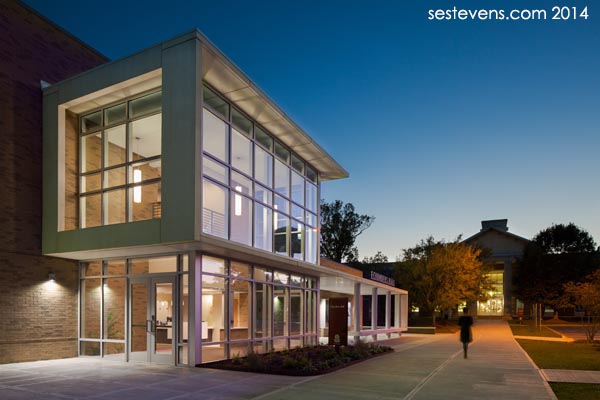 Okay, back to work for now, look out for more architectural blogs in the near future!