Took a brief trip up to Pennsylvania in order to photograph the famous Ashley Huber Coal Breaker before it gets torn down. The day before a fellow explorer from Pennsylvania, whom I’d meet later that evening in Bethlehem, pointed me to an old juvenile detention facility for some “warmup exploration”. Getting inside served as a good reminder that I need to go on a diet. 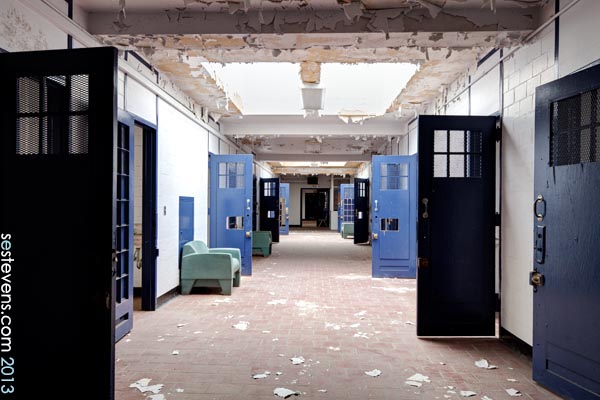 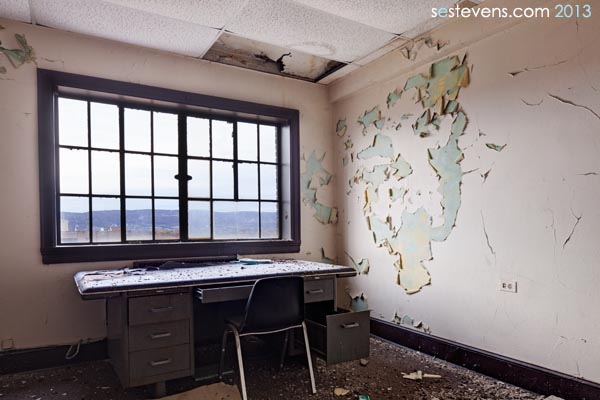 On to the main event. This past summer first time around I welcomed myself onto the breaker site. However, I was sick that day and didn’t trust myself navigating these buildings – which visitors well know – can be tricky particularly getting up to the upper floors. There are seriously entire sets of stairs missing and gaping holes in the floor everywhere; definitely wouldn’t be smart to go through these things at night. Second time around, I had permission to go in and out as I pleased.

When I woke up that morning it was 26 degrees with a dusting of snow on the ground. Very windy, which didn’t help matters. I bundled up and when I arrived that morning, I took this cellphone pano. Knew it was going to be a good day.

Like many other who have had to pleasure this and the St. Nicholas Coal Breaker, I concluded there was more to play with the exterior and windows of Ashley Huber but the interiors were much more fascinating with St. Nick. 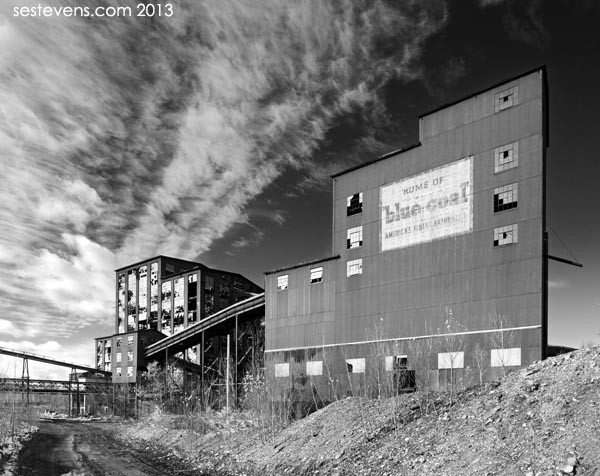 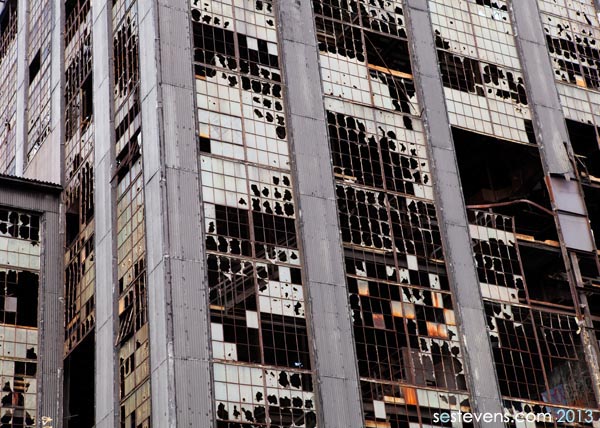 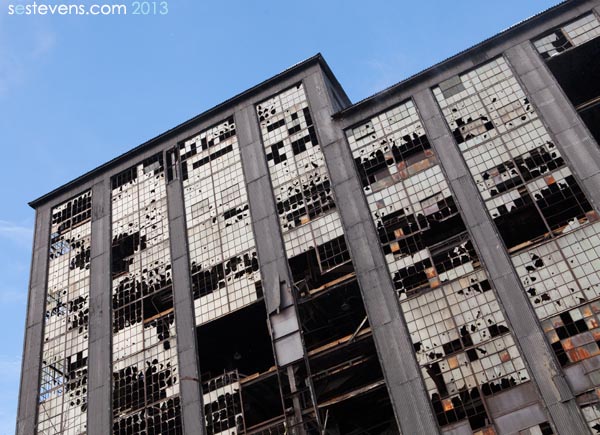 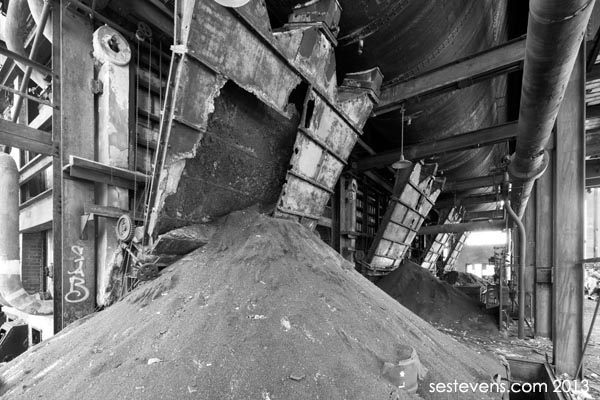 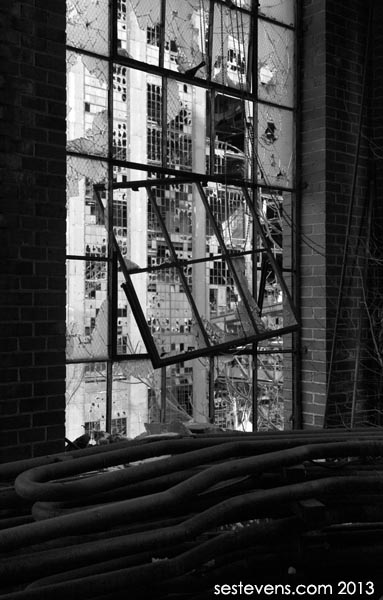 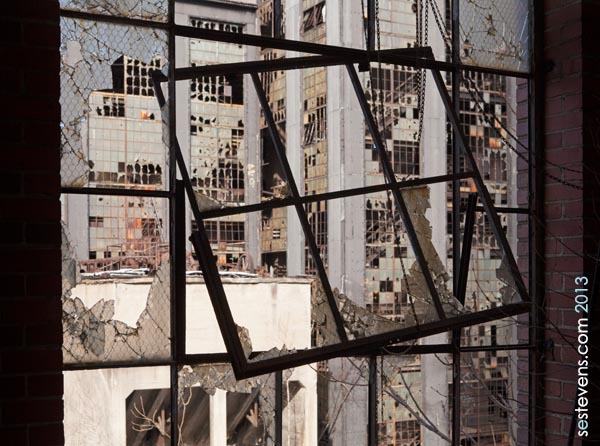 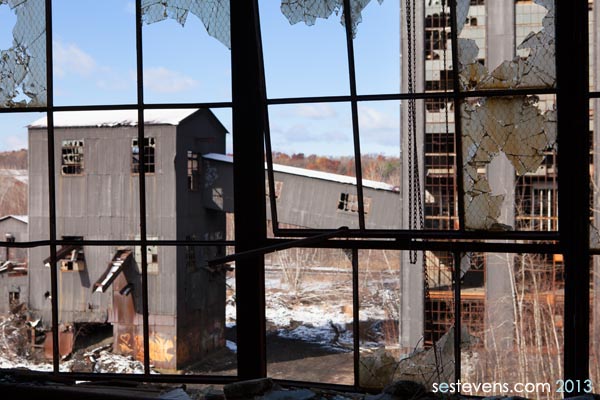 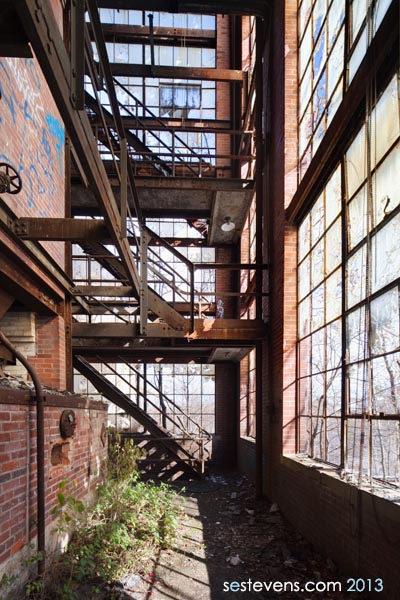 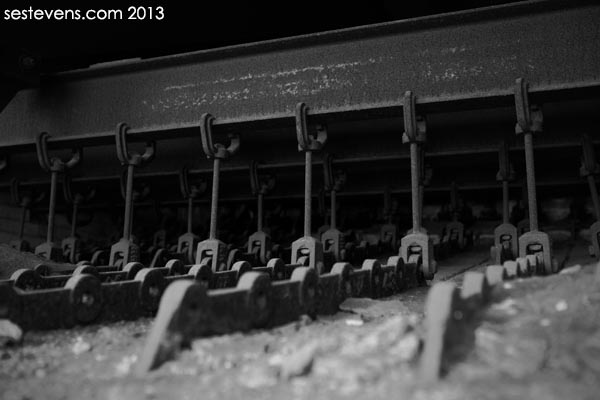 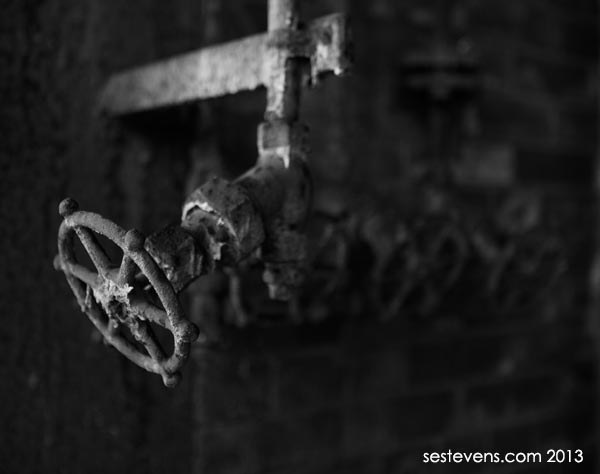 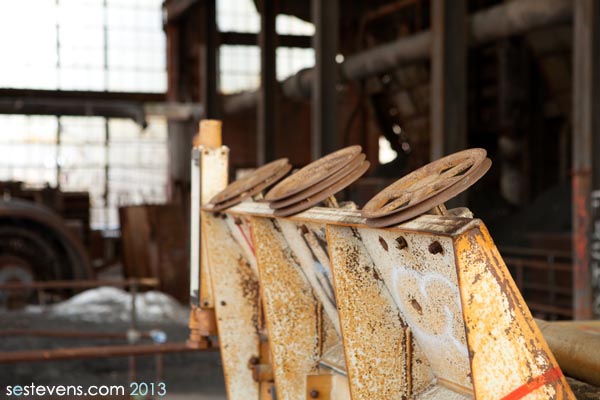 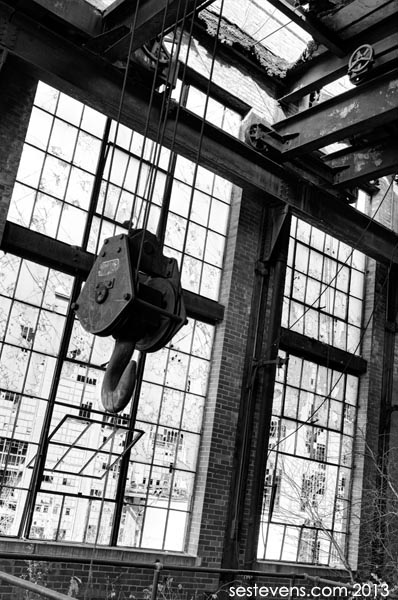 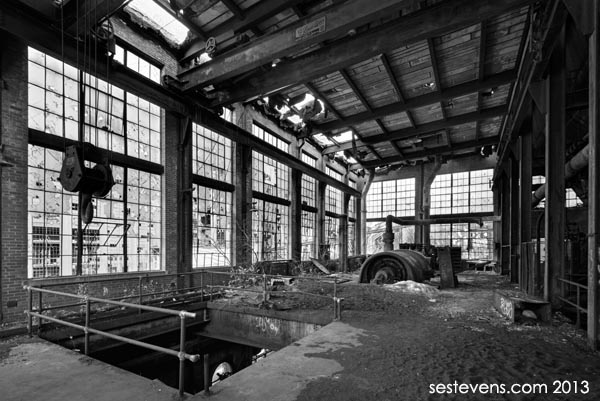 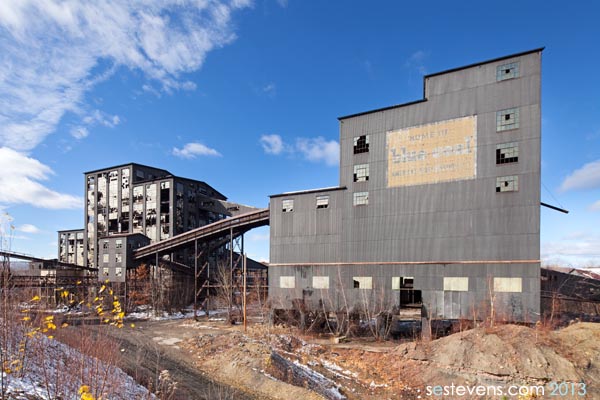 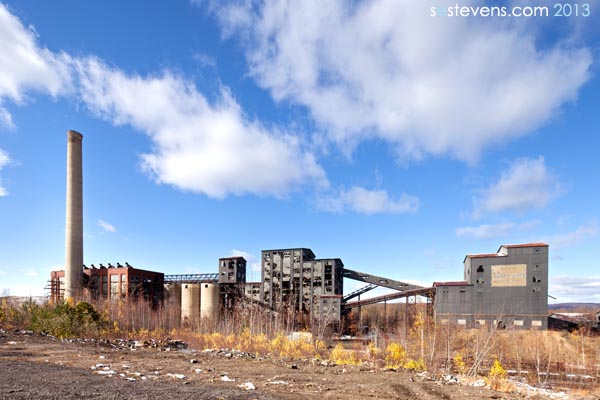 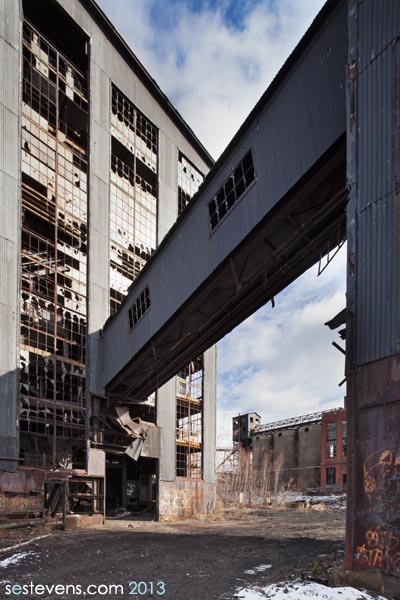 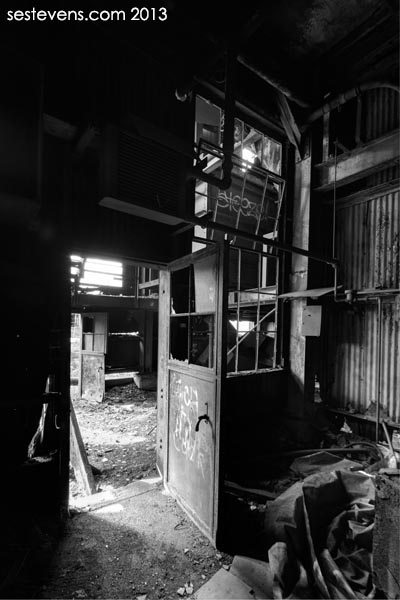 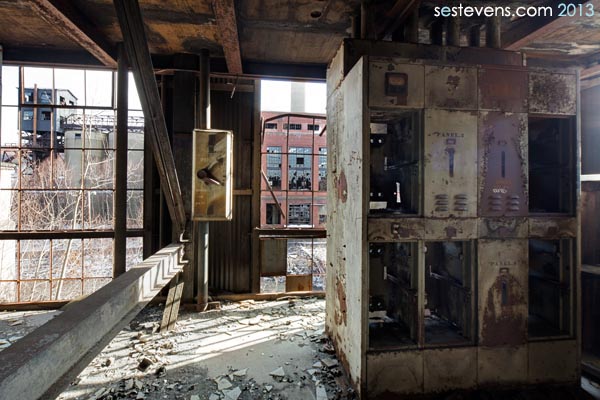 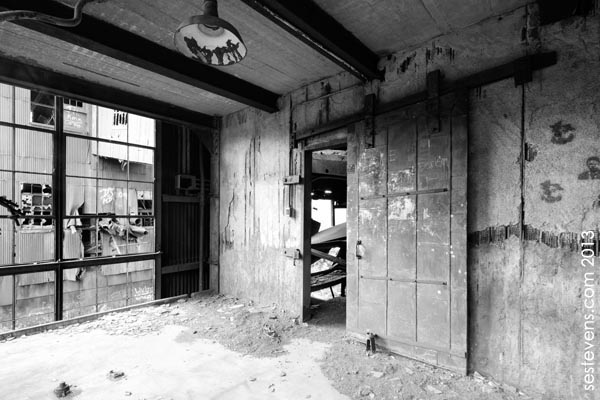 I’ll tell you what, there’s little like going through these breakers and watching large pieces of structural and supportive steel members rock back and forth in the wind. This was one of the more stable locations. 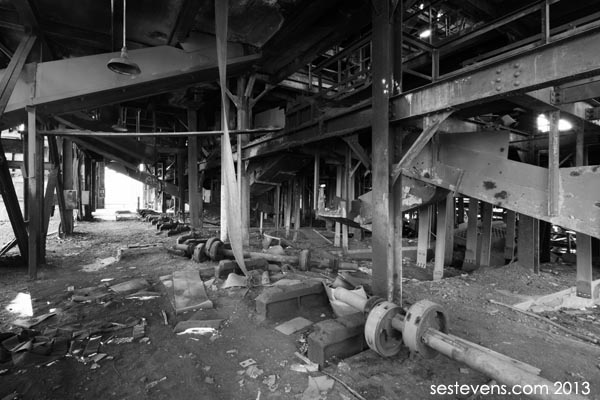 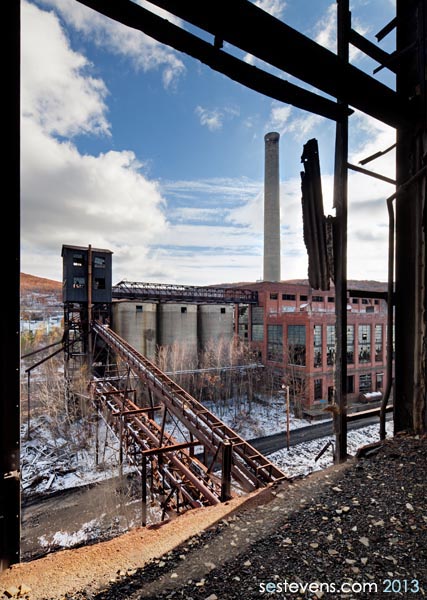 I shot this same location from the building below and titled the photo “This and That”, so I named this image the exact opposite. Hey not all of these titles can be winners. 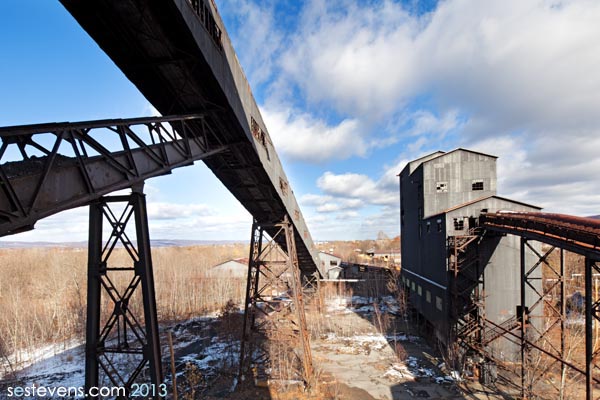 I returned that evening to capture sunset views and didn’t come away disappointed. 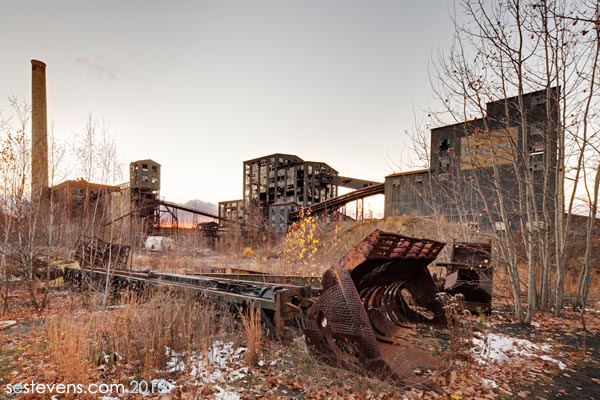 Alright that’s it, until next time. 🙂