Welcome to Part FIVE of my personal July travel, in which I’ll give you a break from urban exploration to hit the Pennsylvania countryside, specifically York County. Check out my previous photos from the same trip under the following blog posts:

I was intending to visit both Lancaster and York counties but because I spent extra time in Wilkes-Barre and due to inclement weather, postponed visiting Lancaster to a future trip. I decided to also scrap York County and travel straight to Gettysburg. After lunch the mid-day weather began to variable enough to capture overcast photos without dealing too much with direct sunlight overhead; maybe I could see a bit of York County after all.

Driving the state highway, I slowed down at spying bright red in the distance. After continuing a half-mile I turned around to return to the dirt road bordered by vast acreage of corn. 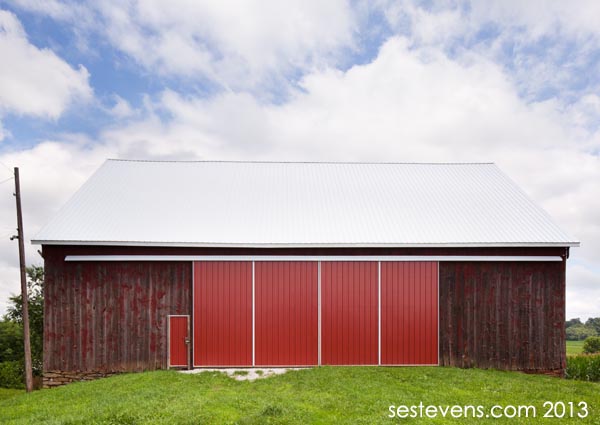 The storage structure was what initially caught my attention but it was apparent the entire property had much more to reveal. I knocked on the door. I’m always unsure about these things and due to past experience brace myself for unwelcoming reactions, with story prepared and business cards on hand. However, unpleasantness was nowhere to be had and an unassuming man with receptive smile greeted me. I asked the man – his name was Bill – if I could take photos and without hesitation he gave me permission. He then started to explain the house was built in the late 19th century, I want to say around 1874. The original windows were still intact with wood nails, what a treat. 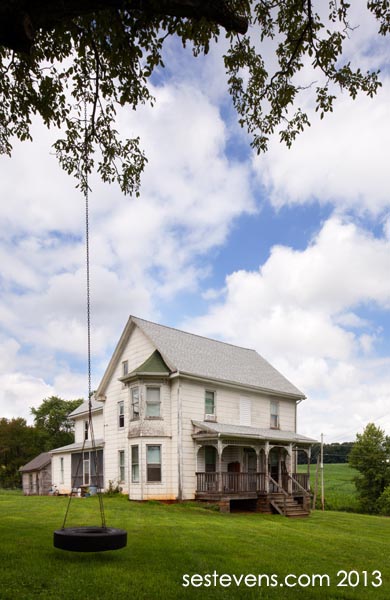 As Bill worked on the lawn, his wife Terri comes out with their dog. She shares the same bright, unassuming smile as her husband. “Beautiful, isn’t it? So what brings you to New Freedom?” she asks.

Oh so that’s what this place in the middle of nowhere is called! 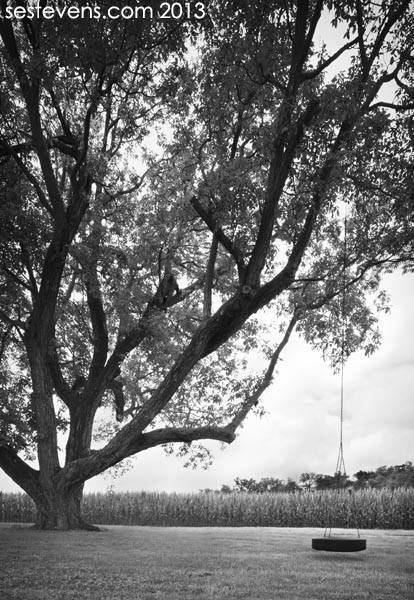 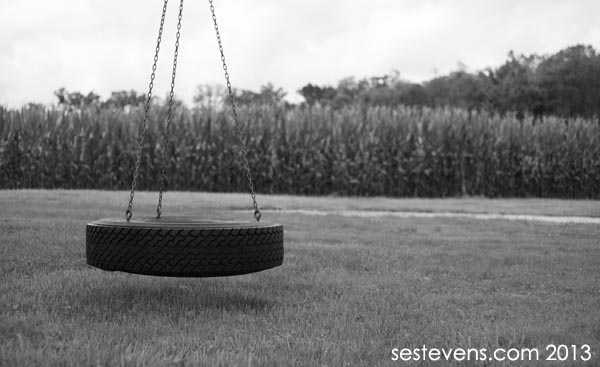 Over the next half hour I shot while they continued freely with their day. It was so pleasant, quiet, and relaxed. You may recall, this sort of friendliness equally caught me off-guard exploring Wilkes-Barre. 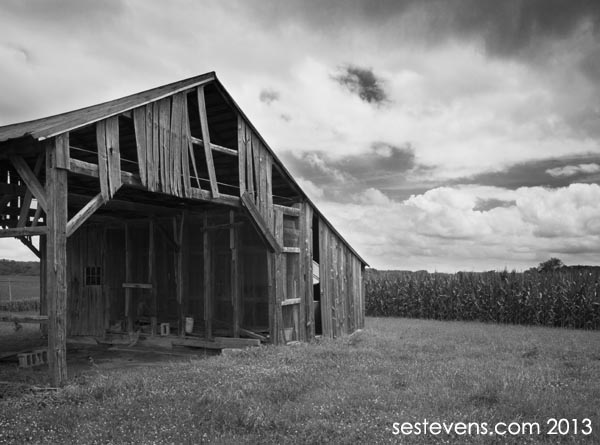 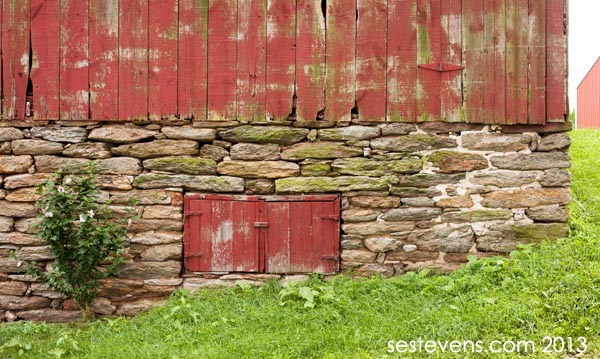 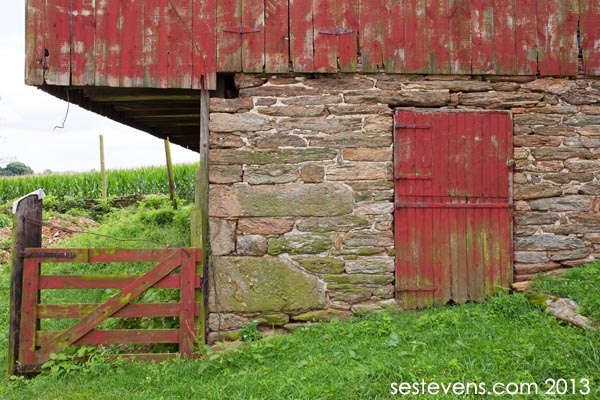 Less than an hour later, I knocked on the door of another rural home in order to ask if I could shoot the surrounding property which had some metal barn structures and equipment. A sign bearing a scripture from the book of Matthew stood adjacent to the mailbox. A humble-looking young man in charcoal grey pants, grey shirt, suspenders, and rolled-up cuffs answered the door.

A Mennonite! I finally got to meet an old-school Mennonite, complete with 18th century accent!

I excitedly pump-fisted – in my head, of course. After shaking my hand with the kindly man, I photographed the view that caught my eye. 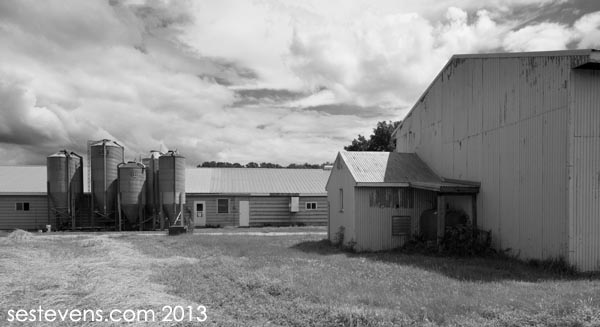 I continued my trek through York County towards an abandoned transformer building under the advisement of Blake Stough, who operates the Preserving York website. The clouds were increasing and wind was picking up a bit, providing good timing to run into this gem of a barn. 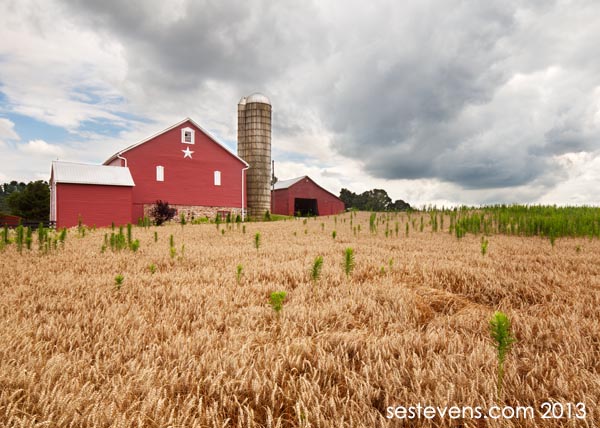 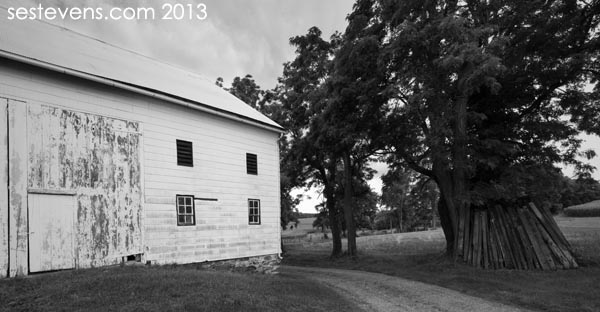 Down the road was another barn, to which I traveled again down a dirt road to the main house. There must’ve been at least 15 cats roaming the property, so I expected a 90-year old lady to emerge from the barn. Instead the only occupant of the domicile was a man in his 40s with a scruffy beard. Similar to everyone else, he immediately granted permission for me to shoot his barn. 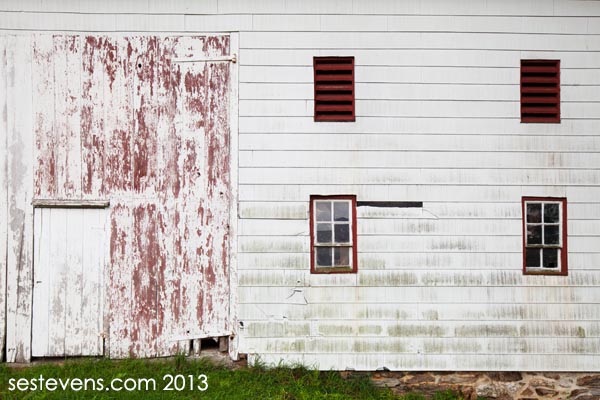 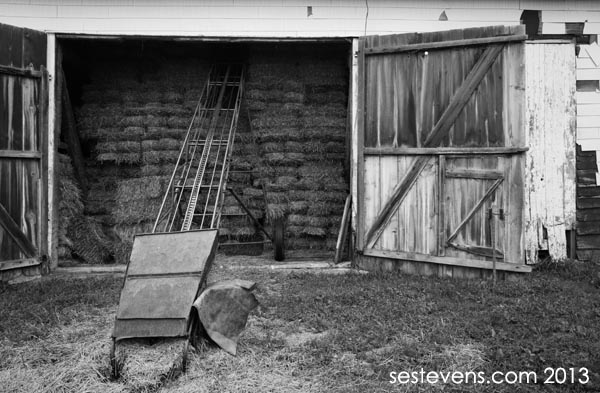 Ten minutes in shooting, the man – his name was Randall – emerges from his house with a couple sheets of paper in his hand.

My wariness dissipated upon spying what’s in his hands – black and white photographs from the barn, showing the original condition of the property in the 1950s. It turns out his family used to own much property in the area, and his uncle used to live in the red barn with the star. Over the years older family passed, siblings and all the children moved, leaving Randall as the only member of his family left. And he’s still farming and holding onto it. We chatted for the next half-hour. Similar to Pete in Wilkes-Barre, he begins to wax how “things aren’t like they used to be” that he didn’t know his neighbors very well and “nobody helps each other out like the used to.”

After my friendly experiences in Wilkes-Barre, I suddenly realized what was so different traveling through Pennsylvania as opposed to when I roam the South.

Not one person considered me with immediate suspicion.

That’s why all of these warm experiences were so startling to me, not one person I encountered immediately assumed I was up to no good. You can tell a lot observing a person’s eyes and body language. As a black photographer who is often on the road, I am constantly cast upon with suspicion whether I’m shooting professionally or for pleasure, in urban or rural areas, explaining who I am, what I do, defending myself when I’m shooting pictures in the most public of circumstances. I was so accustomed to being on guard that the entire week I spent in Pennsylvania threw me off – and I didn’t figure out why until my day with the good people of York County. It just didn’t occur to me that I’d be treated any other way but welcoming and nice.

It was as if I was merely a photographer capturing scenes I found interesting in their neck-of-the-woods. Imagine that. 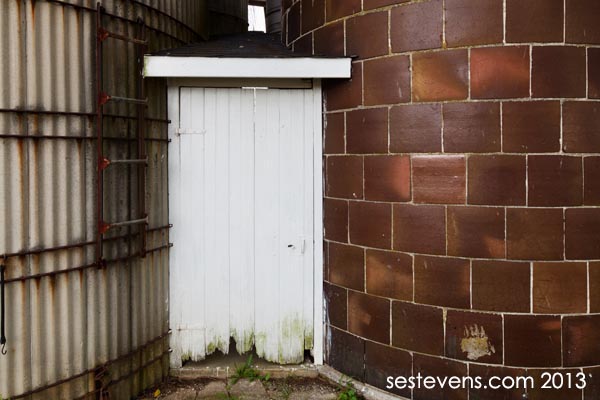 After wrapping up at Randall’s barn, I moved on to the abandoned transformer building in Heidelberg Township, along the old York County trolley line. No much to see inside, but was regardless neat to check out. 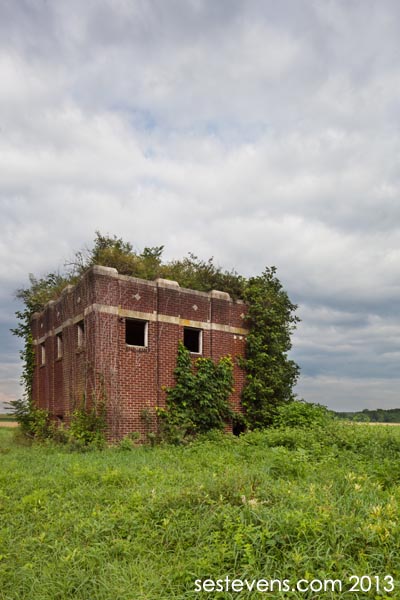 Before leaving Pennsylvania for Maryland, I stopped by Gettysburg for the first time to pay my respects. My time in Pennsylvania was just…amazing, and sincerely thank you to all the wonderful and kind people who made it so.