One Glenwood and the Origin Hotel- Raleigh Architectural Photography

One Glenwood and the Origin are both projects designed by JDavis Architects, in the new Bloc 83 commercial district anchoring Glenwood avenue in downtown Raleigh.  The first building is a prominent new high-rise office tower  that took 20 month span to shoot. For real, sometimes architectural photography includes playing the long game. 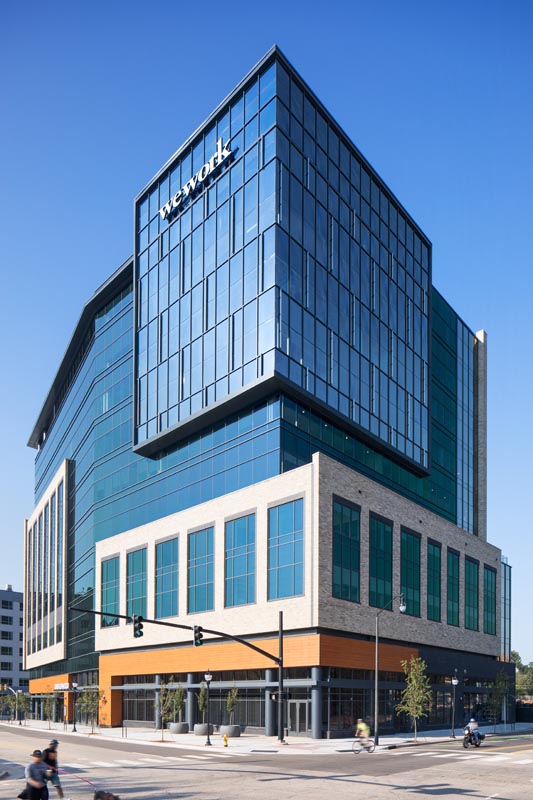 Completed in spring 2019, photography commenced during much more innocent, mask-free days that September as reflected in the street activity below.  Just beyond you can spy candy-striped roof of Snoopy’s Hot Dogs, a familiar staple to the area for four decades, that would eventually close in March 2021. 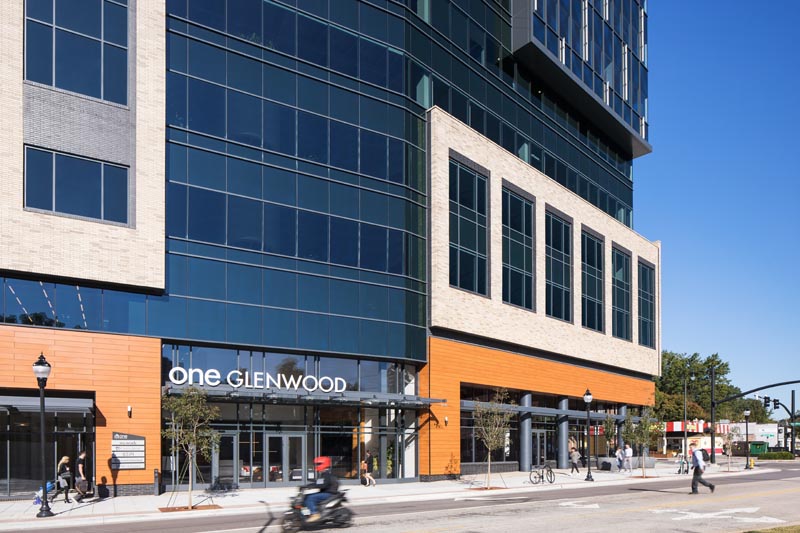 That winter we faced countless weather delays only to be followed by the world grinding to a halt due to COVID-19.  As my photography work began to resume, the entire first-floor was boarded up with plywood for weeks in response to the vandalization that occurred to countless downtown Raleigh buildings following the peaceful civil rights protests.

Eventually during the summer of 2020, we were able to access inside, capturing the lobby and tenant amenities overlooking downtown Raleigh. 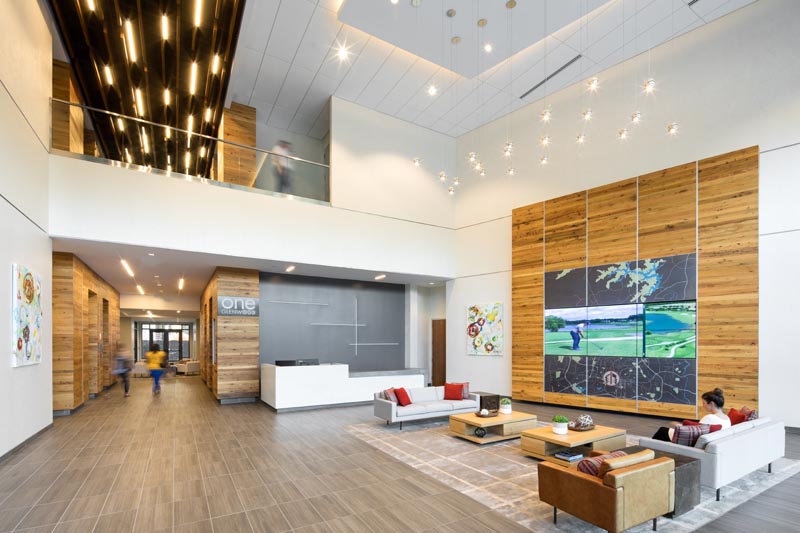 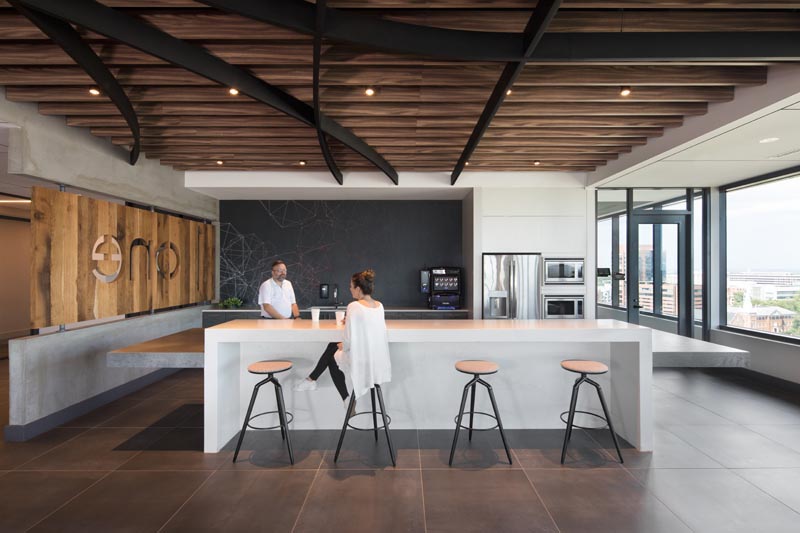 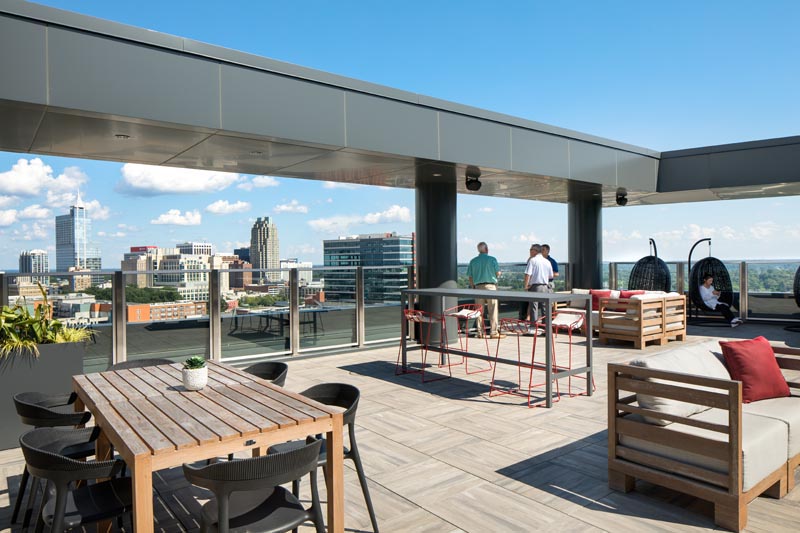 As those familiar with downtown Raleigh may observe from these first pictures, the adjacent Tower Two was just beginning construction.  The generous glazing combined with LED-lighting allowed for some interesting combinations with colorful sunsets. 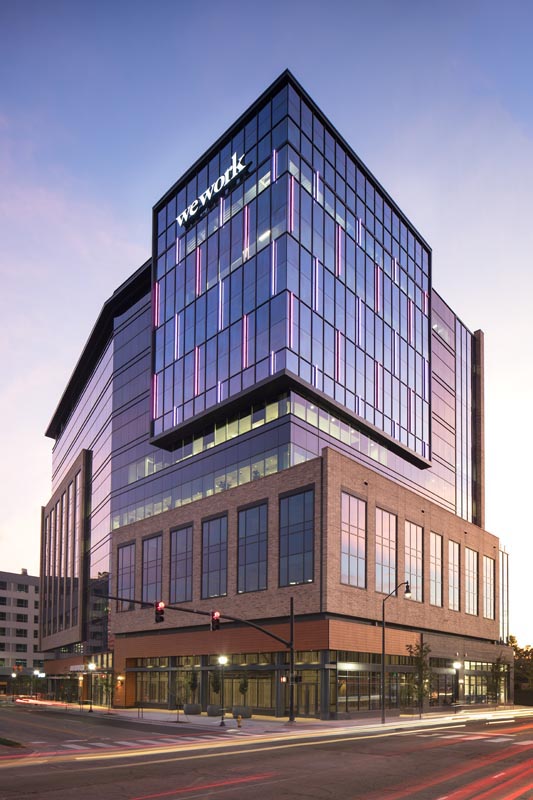 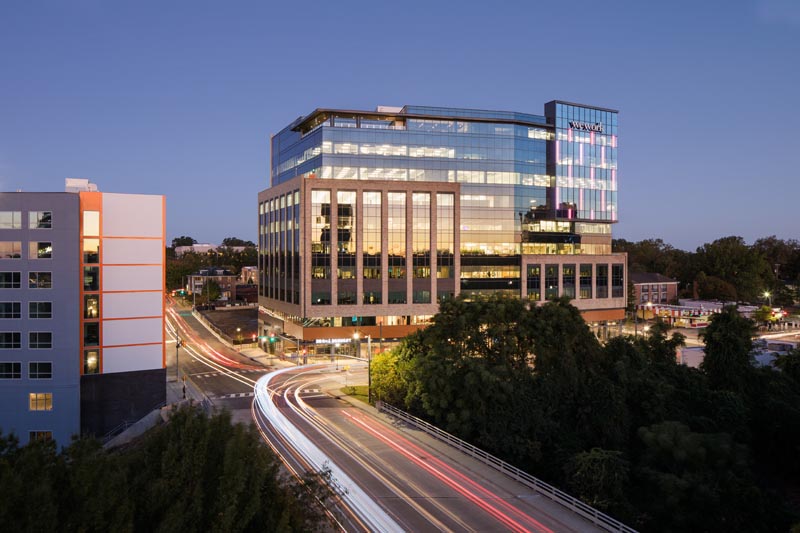 We again paused to allow for the adjacent high-rise to reach substantial completion as well as nearby road improvement projects.  With construction fencing and vehicles now gone, other views of One Glenwood could now be captured.  The west-facing wall reflects the last hint of light as day turns to night, with brand new amenity buildings and landscape nestled between the two towers. 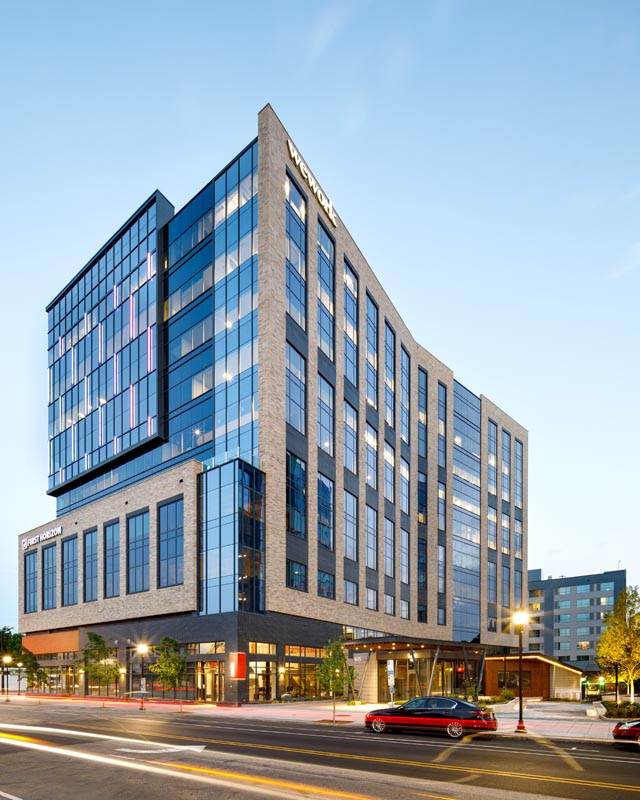 And THEN we waited for the bars and restaurants to re-open per governor’s order, as the hospitality industry slowly began to re-emerge with both guests and workers.  This allowed us to finally capture some real street-level activity. 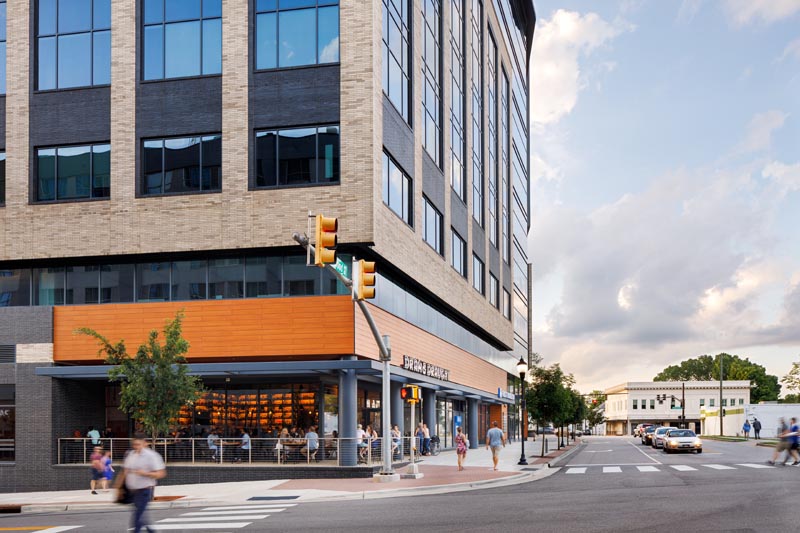 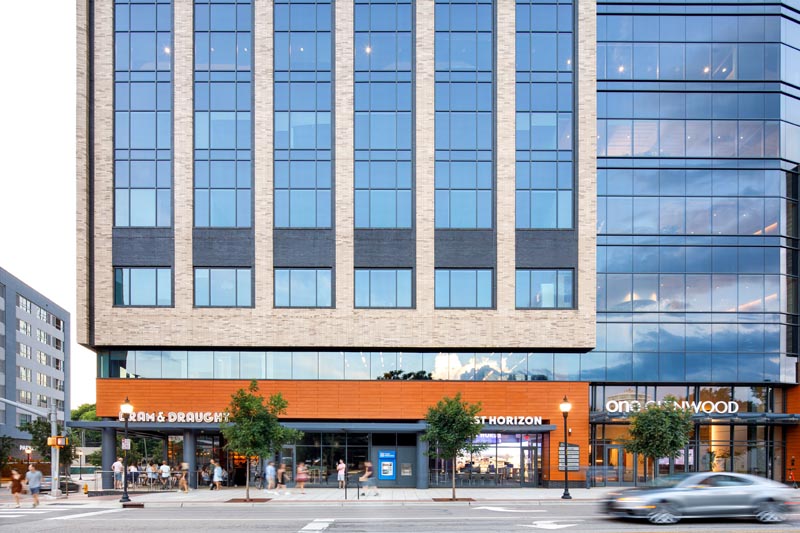 We finally closed this out in late spring 2021 (woohoo!) Immediately to the left are guests enjoying outdoor dining at the Origin Hotel, also designed by JDavis, and just beyond is Building Two by Gensler, the other high-rise that forms the new Bloc (83). 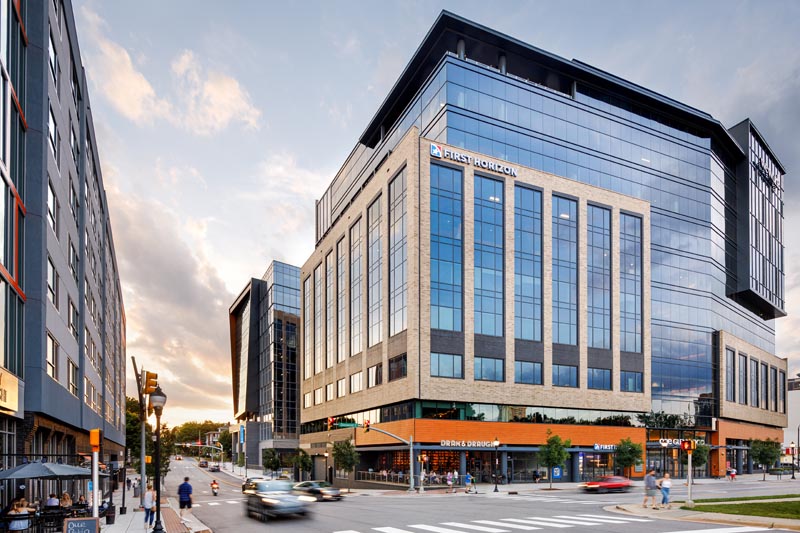 While wrapping up the high rise, I simultaneously captured exteriors of the Origin to reflect street activity and relation to One Glenwood.  It also makes striking use of the color orange.

Anyone wandering lost really can’t miss the verticals that signify this hotel at the street intersection.

Zoom, zoom.  Until next time!