North Carolina UrbEx – an Abandoned Boiler Plant. Part 1 – Yes, it’s as much fun as it looks.

Attention! Atención! Attenzione! Pozornost! 注意! انتباه! Dareenka!
In case you don’t understand plain English, get a translator: please do NOT contact me for the location of this facility, THERE ARE NO EXCEPTIONS. Thank you.

Sometimes you just get plain lucky. I had some business nearby and ventured to take a closer look at a boiler plant to an abandoned manufacturing facility that I had passed by many times over the past several years. I’ve previously looked for entry points only to come away disappointed. This time, there was a gargantuan wide open access to the place. 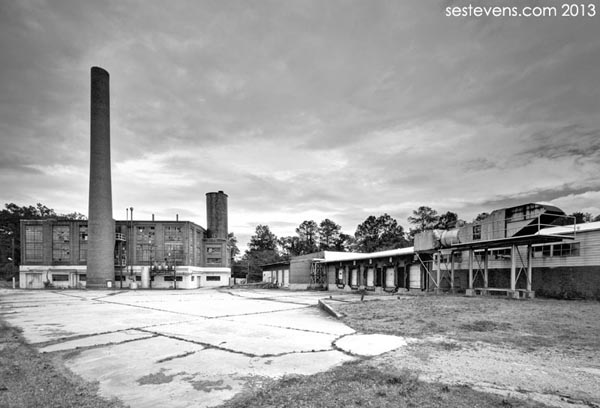 You know given an opportunity as grand as that, I’ve got to take it. I was definitely not disappointed this time. 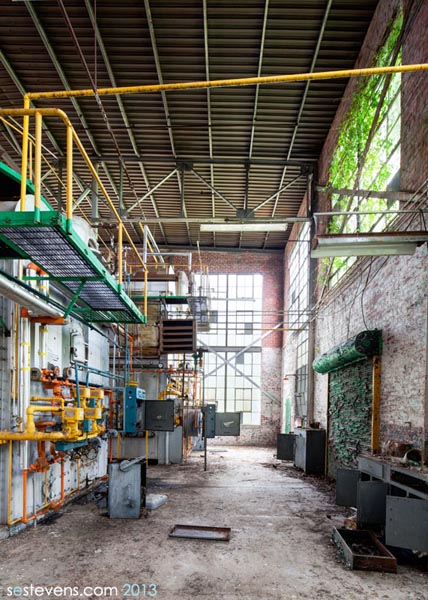 No graffiti anywhere in the entire plant though I suspect at least a photographer or two have previously found their way into the building. You could tell copper thieves had their way as most wiring was gone.

I’m not sure how long the plant has truly been abandoned but the certificate of inspections on the bulletin board were from 1974 and 1981. 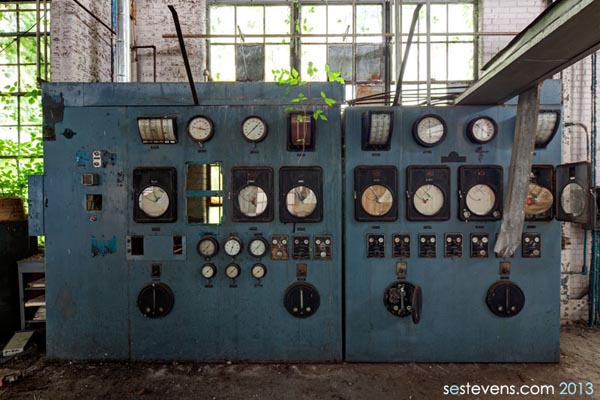 These abandoned places are so fascinating because you get to see nature take over unabated. If you’ve ever seen the History Channel’s Life After People, they illustrate what would happen to human infrastructure over time if people (poof) vanished. Birds were flying through the roof trusses, foliage were creeping through the windows, and this potted plant was still alive and thriving. It wasn’t a robust, sprawling growth but seemed to make a purposeful trail along the window, all the way towards the ceiling and out the window where it continued to grow untamed outside the building, intertwining with the trees. Seriously beautiful and humbling. 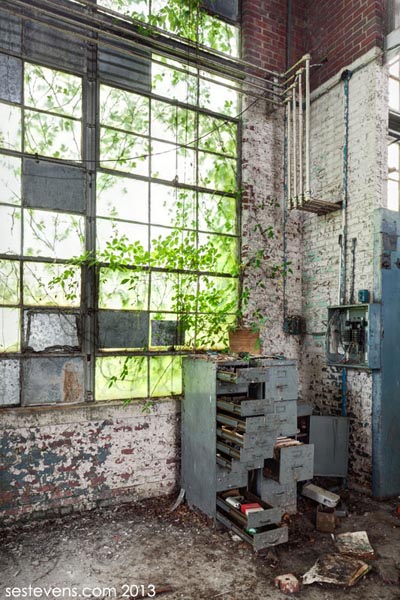 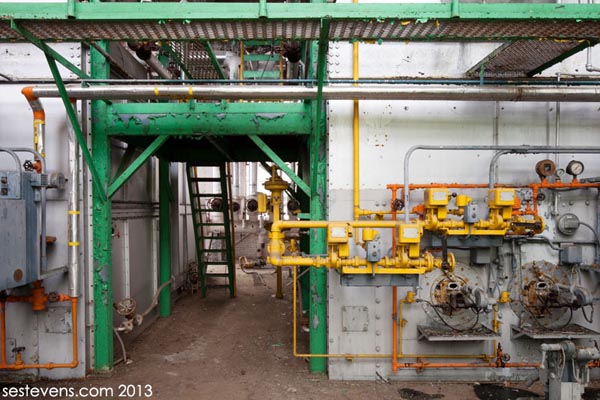 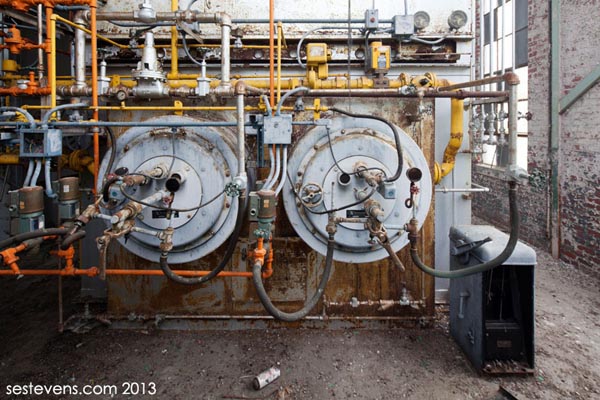 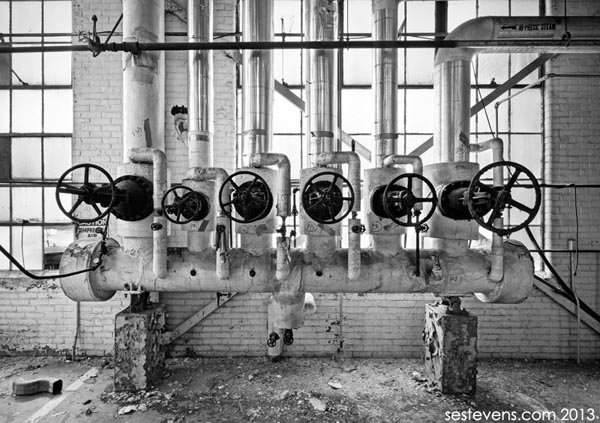 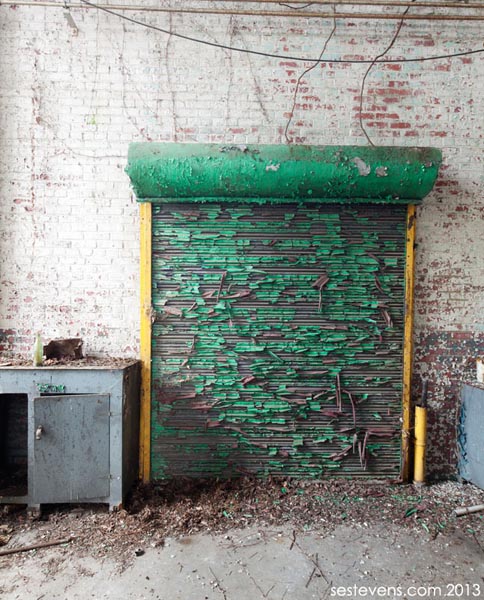 Get a whiff of that lead-based paint! 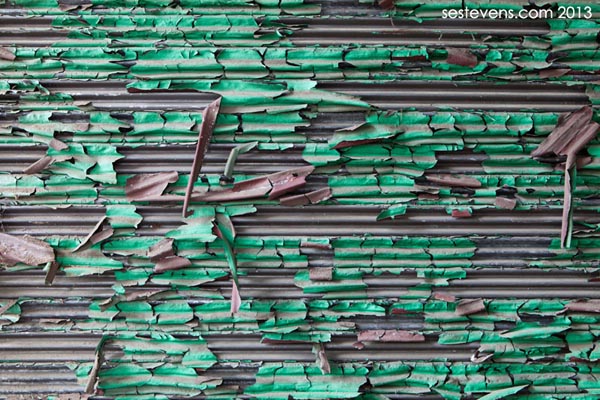 I spent three hours and felt rushed as I was unsure how long this luck would last so focused on larger interior scenes rather than smaller objects. If I went back (which I did), I’d choose to hone my focus on found objects (which I totally did). Below was one of the few “up close” images I took during this first visit. 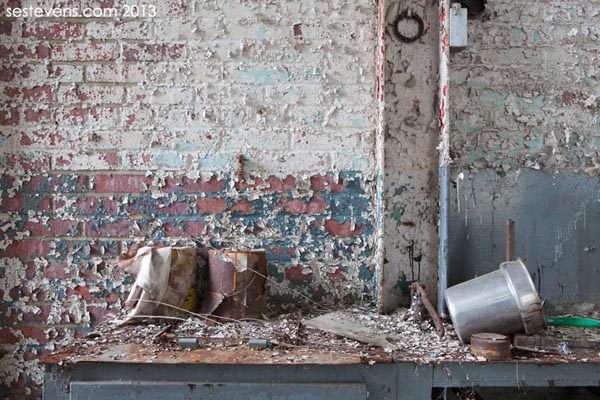 The boiler plant is so intact and in good overall shape, it was fun playing with the remaining machinery, ladders, scaffolding, and windows. 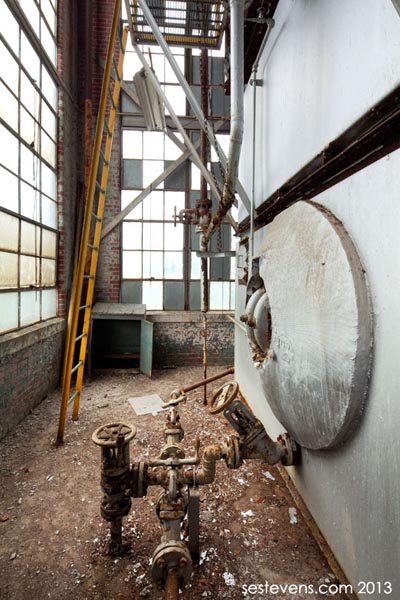 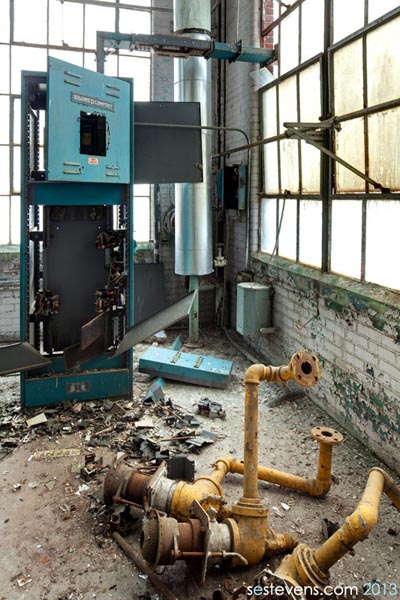 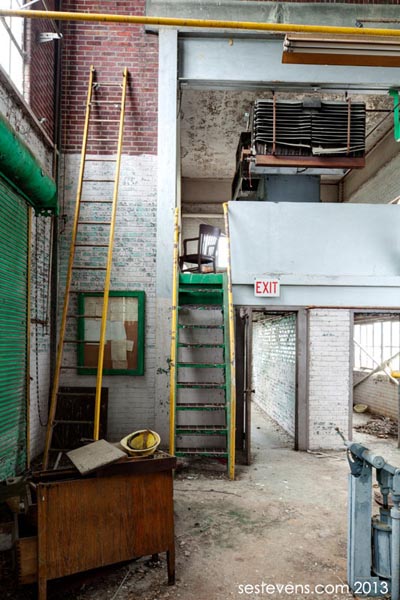 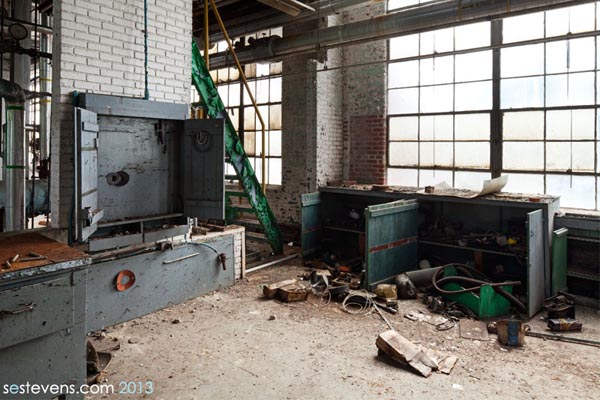 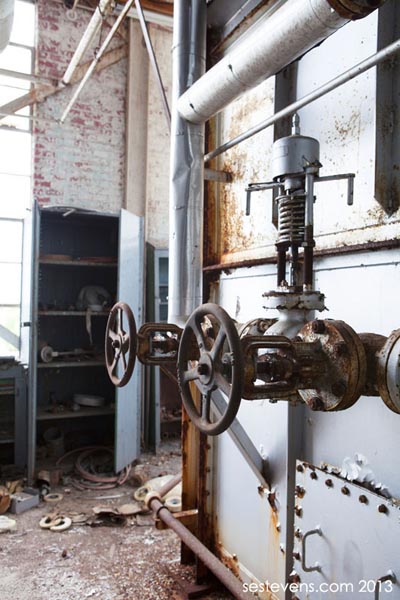 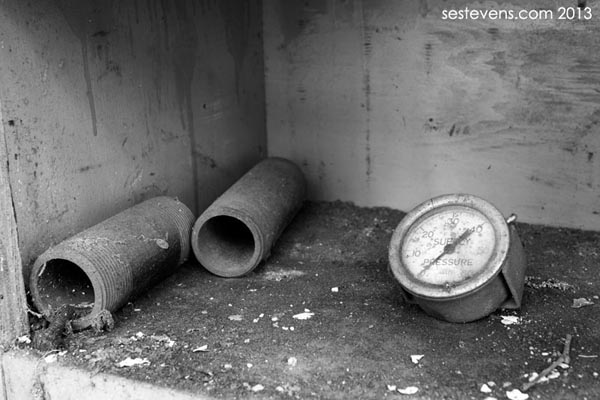 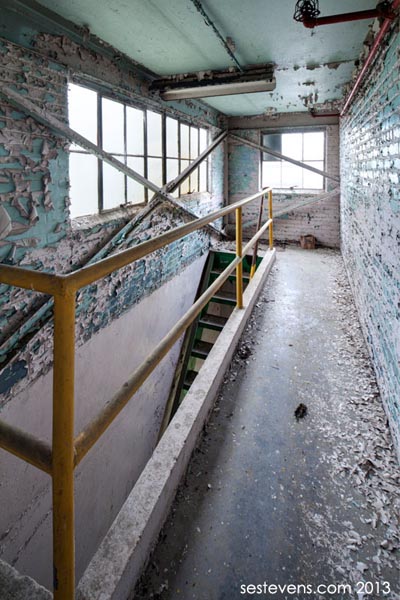 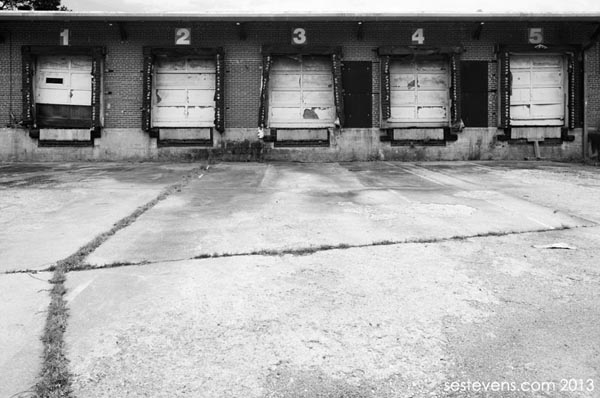 Until next time! Which will be soon. 🙂