Lemme tell you something about the new MetLife Campus in Cary, North Carolina – Snoopy is BIG here. Two out of the first three buildings have been constructed on the property, owned by my client, Highwood Properties so I spent some recent quality time there. 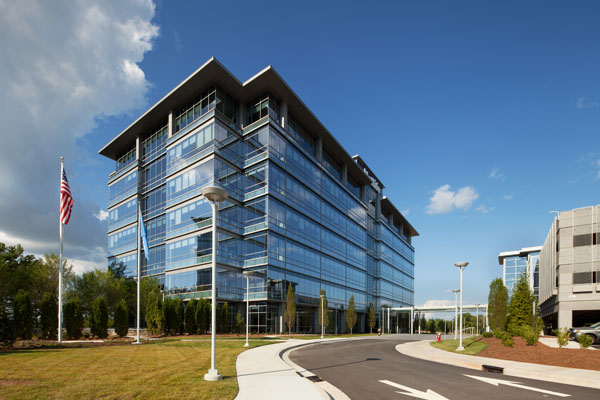 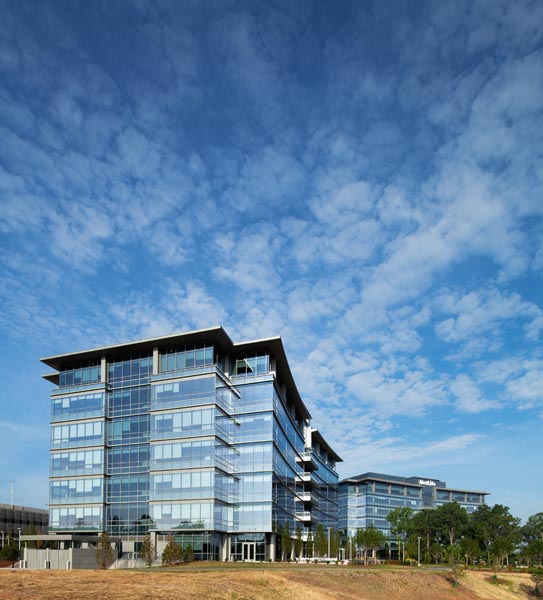 It’s a really nice campus. I’d enjoy working here if I was halfway suited to working in an office environment 40 hours a week. 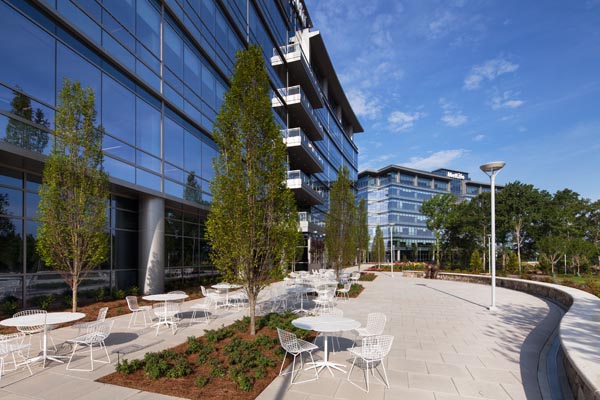 Upon entering the primary building, you’re greeted by a two-story wraparound electronic display. 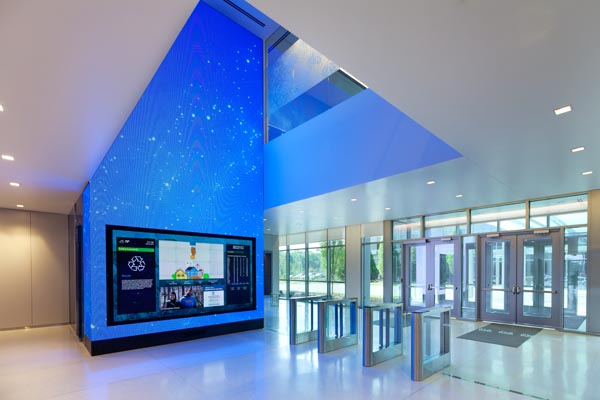 Step a bit further in and you become enveloped by my favorite space on campus. Downstairs is a full-service cafeteria with dining area. Upstairs is a coffee bar with varied seating areas to lounge, play games, and perhaps even get some work done. 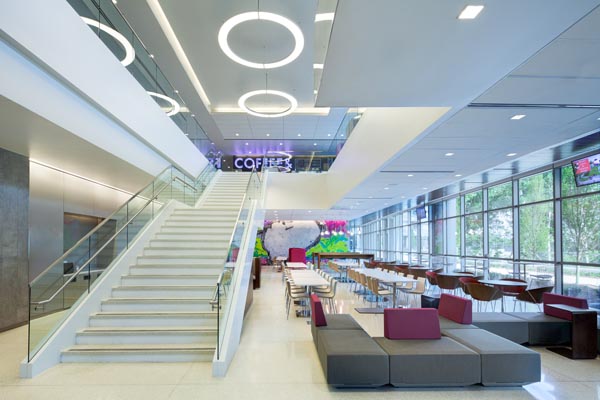 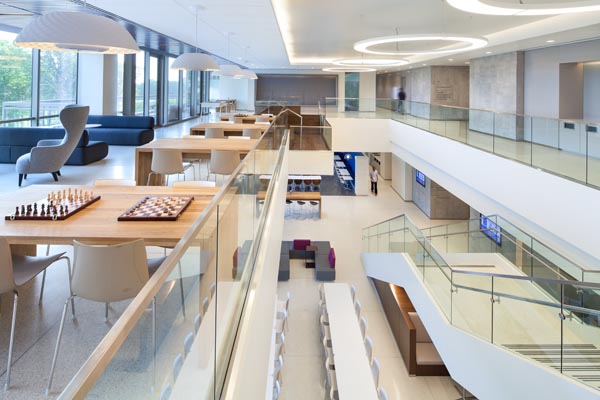 You may have already concluded that MetLife doesn’t want their workers to leave. The blue box is a dedicated “collaboration space” which I photographed before their grand move-in. It currently houses a large-screen TV and some sort of console gaming system. 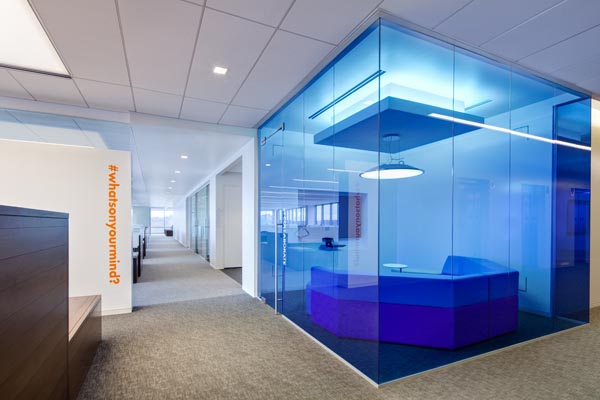 The interior designer opted for a neutral palette accented with bright blues and oranges in the open office. 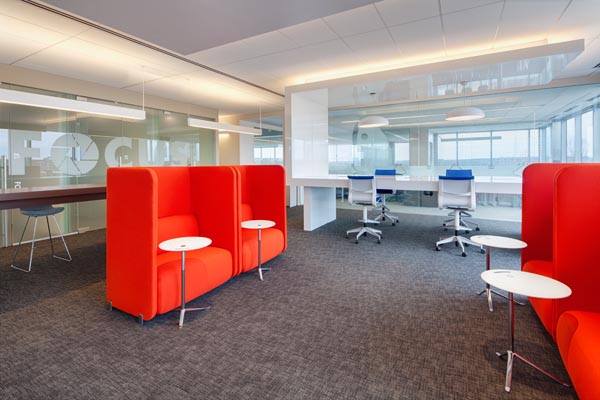 Between the two buildings is a connecting canopy, under which you may spy a sculpture of the Peanuts character Linus walking underneath. 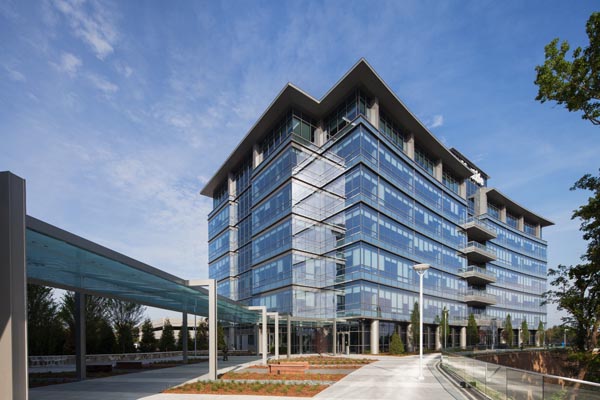 Looks lonely without his trademark blanket, doesn’t he? 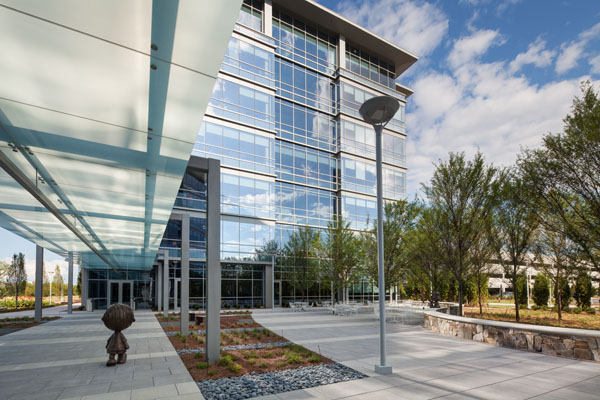 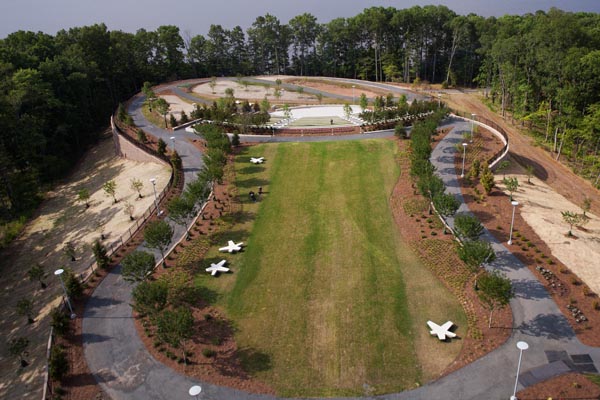 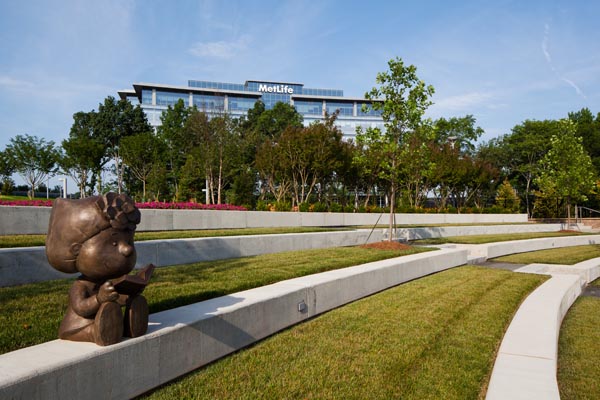 The lower floor of the second building is almost reminiscent of an airport gate or terminal. It features another coffee bar, auditorium, meeting room spaces, gaming area, and fitness facility. 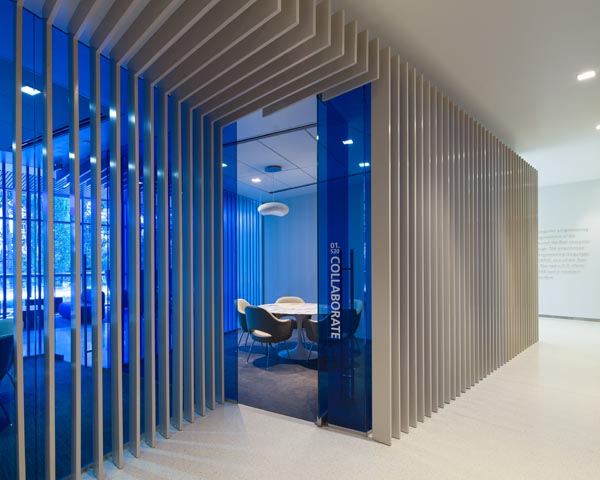 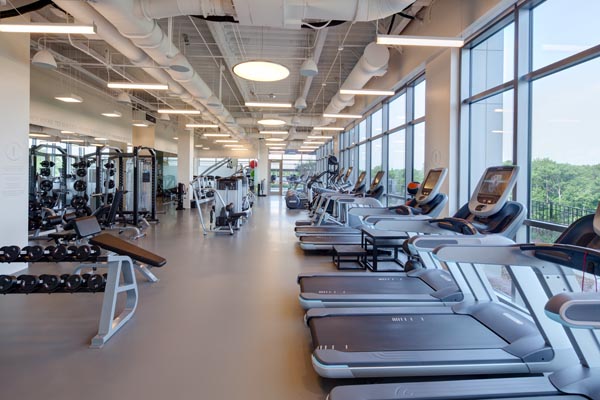 That’s it for the MetLife Campus, see you next blog! 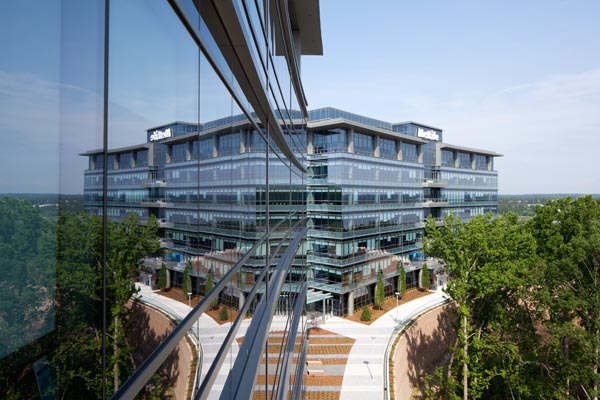