I did say this year has been an interesting mix of assignments, right? I recently worked with public artist Gordon Huether to photograph one of his newest installations, Highwire Travelers at Raleigh-Durham International Airport Terminal 1. Capturing public installations isn’t something I’m accustomed to, but then again – what am I used to really? Most was photographed before the terminal opened, and a few after flights resumed departures and arrivals.

I won’t go into too much detail behind the project, as you can read much more from the artist. However, as I understand, the installation was at least partially created as a fun response to the design restrictions – it couldn’t be placed on the ground, hung from the ceiling, or mounted. The “characters” are real people – including Gordon Huether himself – greeting passengers at baggage claim. 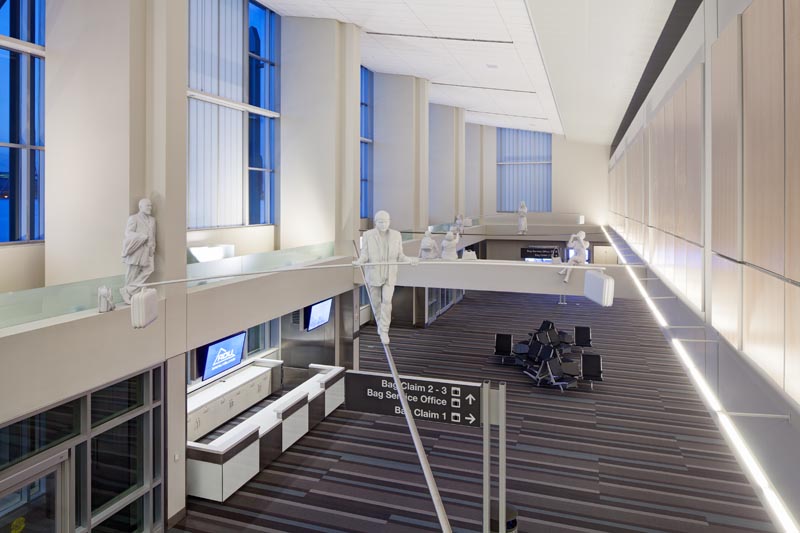 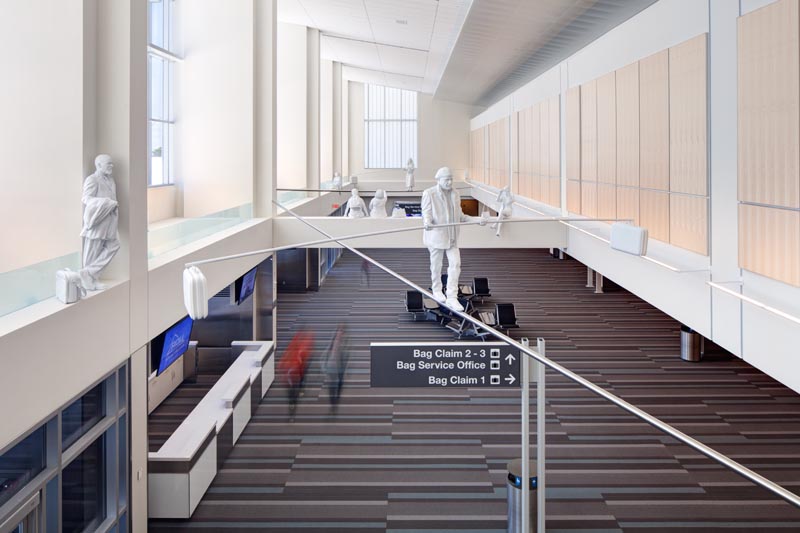 …then from the ground. 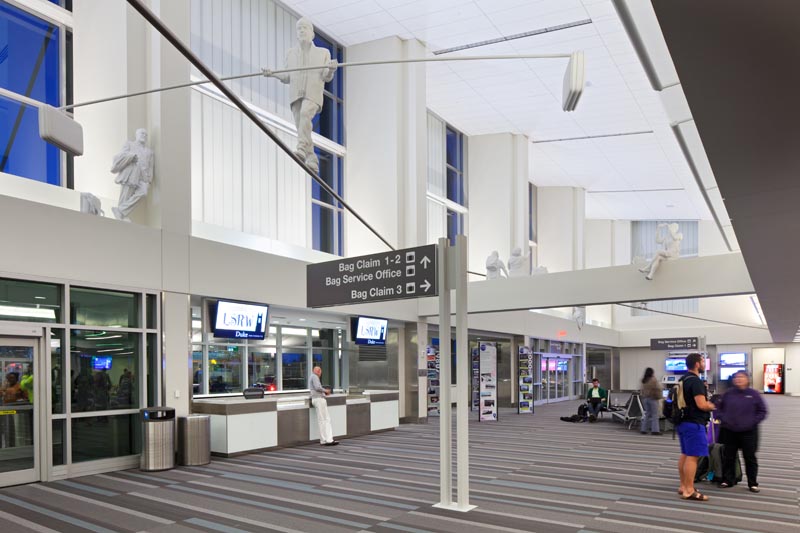 Besides the overall views, I wanted to illustrate different how the highwire installation wove back-and-forth over the passengers, while intersecting and engaging with itself. 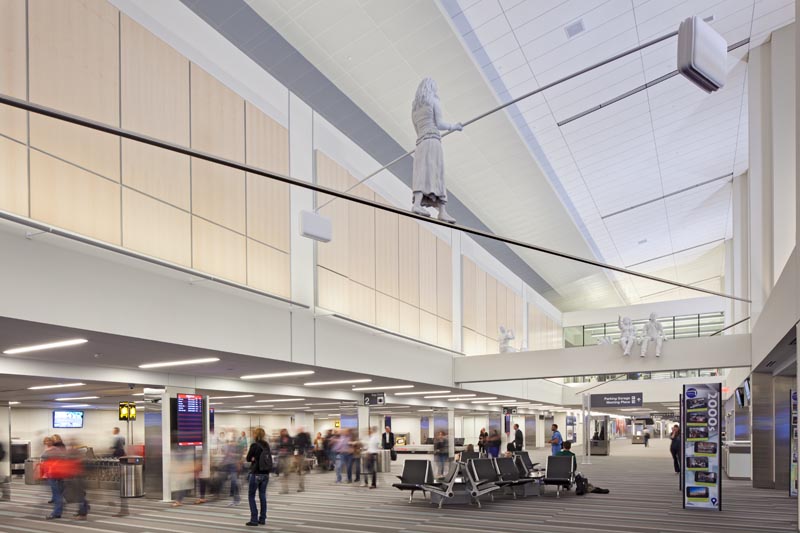 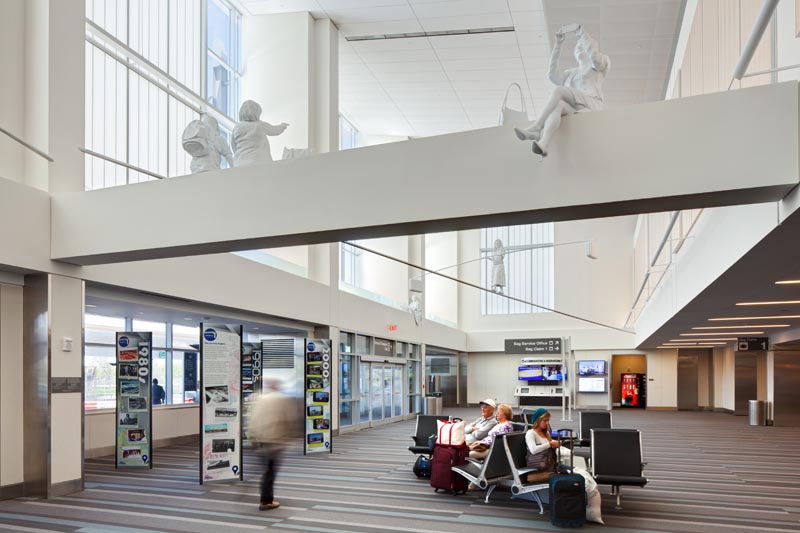 As I focused closer, I portrayed how figures intersected each other… 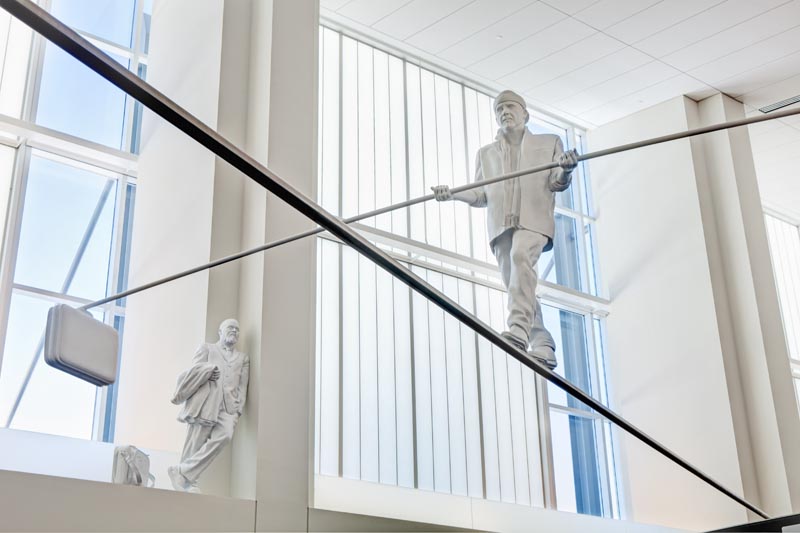 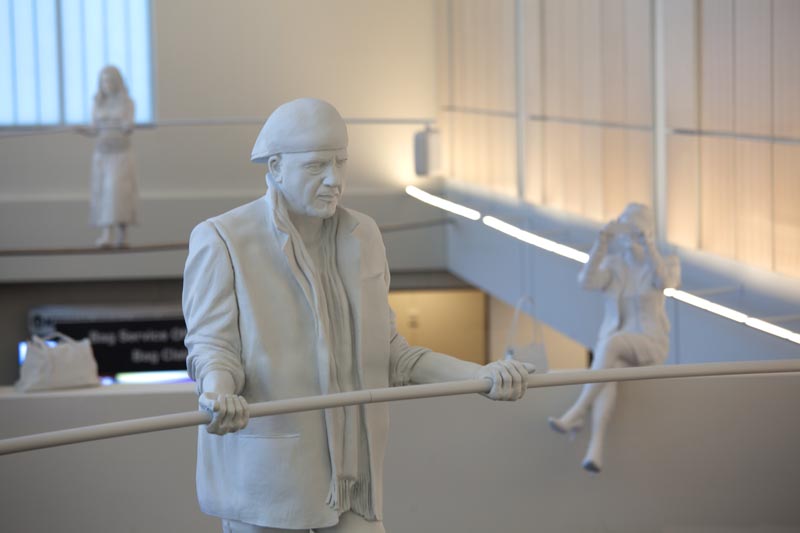 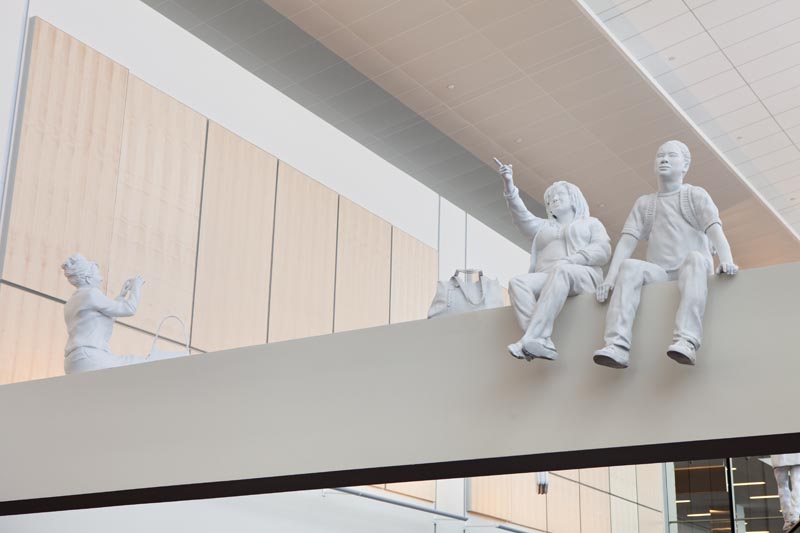 …followed by the individuals, sometimes isolated, other times in architectural context. 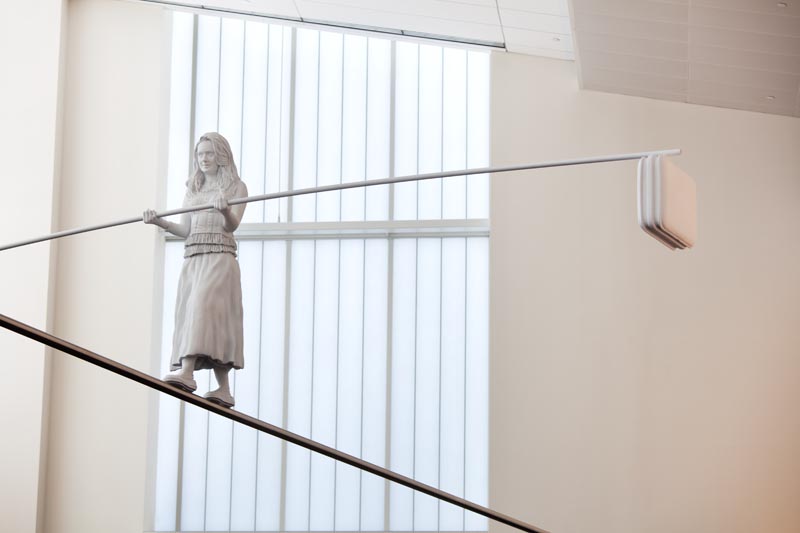 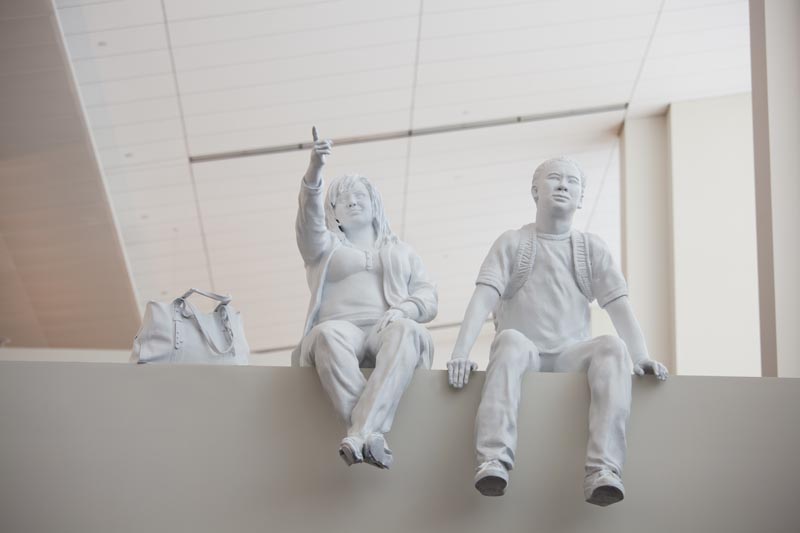 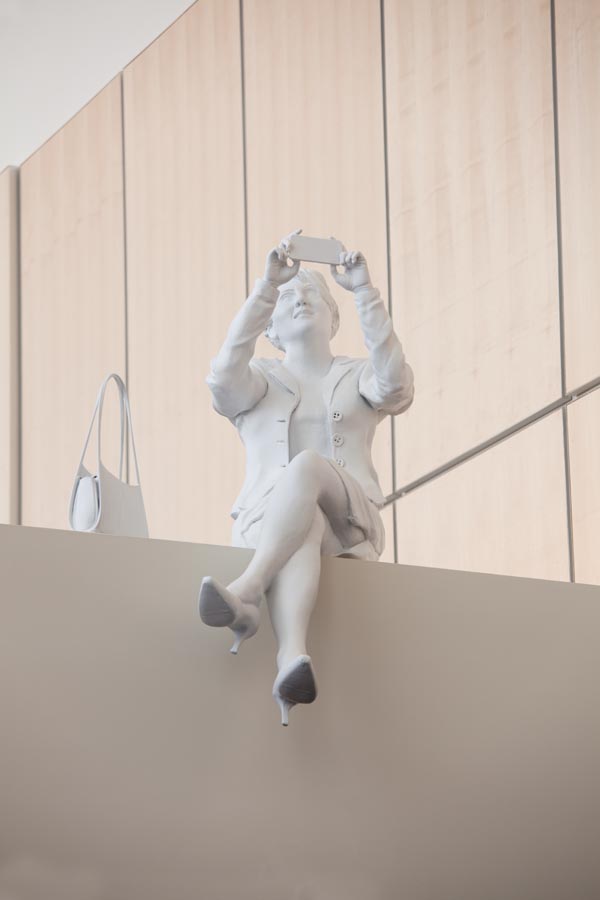 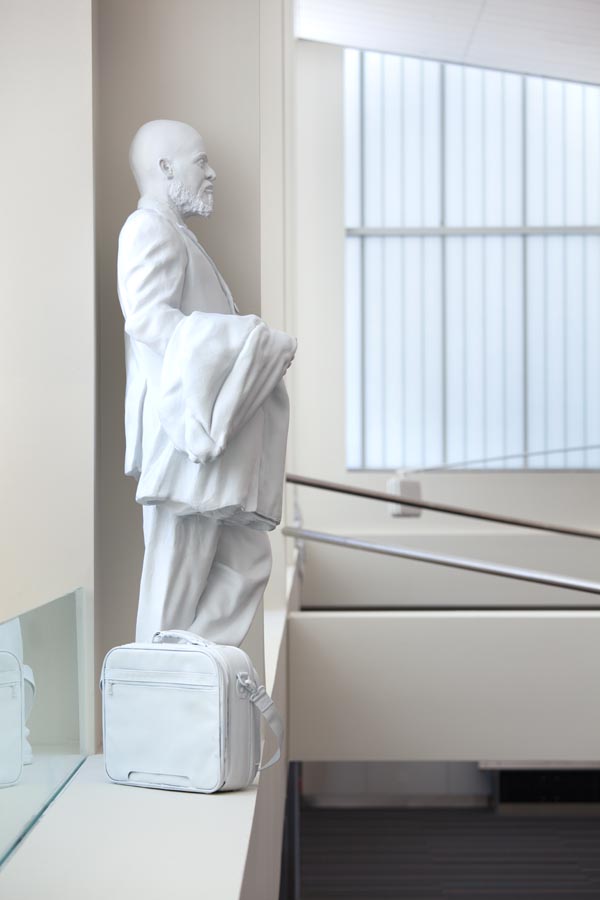 It seemed silly having a virtual highwire act and shooting only from the second story or eye level from the ground, so I shot close to the floor and directly up to accentuate the altitude. 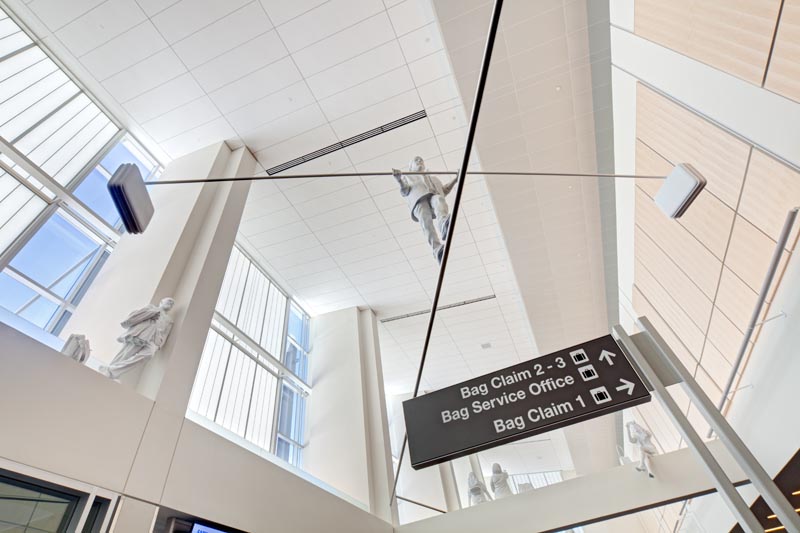 Last note: I did plenty of research about this public art before shooting and came across this hilarious article. As a former designer I empathize all to well with this, and to some extent, much public art comes with its share of controversy. Some dissipates into nothing, others never go away. What’s funny is the reason the chair didn’t like the art – which I would’ve never imagined – and his really sad (literally) proposed alternative. Flying is pain as it is, man.

One of the last art shows I was juried into one of the entrants claimed photography shouldn’t be considered art. Not an uncommon thought, but whenever I hear things like “that’s not art” I tend to chafe and root for the home team.

Alright, that’s it from the airport, see you next blog. 🙂