Sometimes you need a break for a little fun, right?  I recently flew to Pittsburgh, Pennsylvania to join a group of photographers with permission to access the Carrie Furnaces in Rankin, currently being stabilized and renovated as part of the Rivers of Steel National Heritage Area. Ironically they didn’t make steel here – they made iron. It was a midday shoot (thankfully it was cloudy most the time) and we only had access to certain areas, so I was feeling a bit grounded. Despite this, it was awesome to see and I can finally scratch it off my bucket list. Not to mention it was nice to shoot at a leisurely pace without sneaking around! 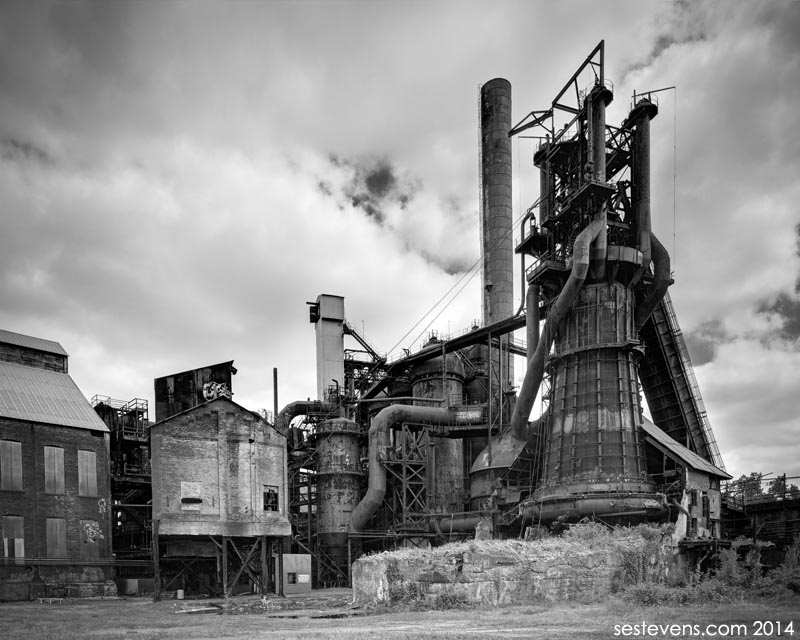 As previously indicated it was overcast, but it was midday and the sun occasionally peaking out caused havoc. So I focused on interiors until later in the day or clouded further up. 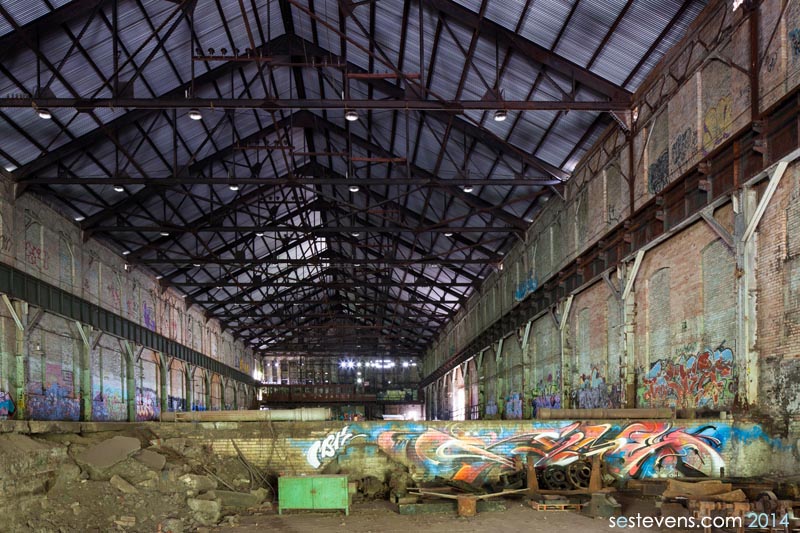 As you can tell, there’s a decent amount of graffiti. I’m always impressed when I tilt my head up, spy some graffiti and wonder, “Now how the heck did they get up there?” Obviously, I stayed closer to the ground… 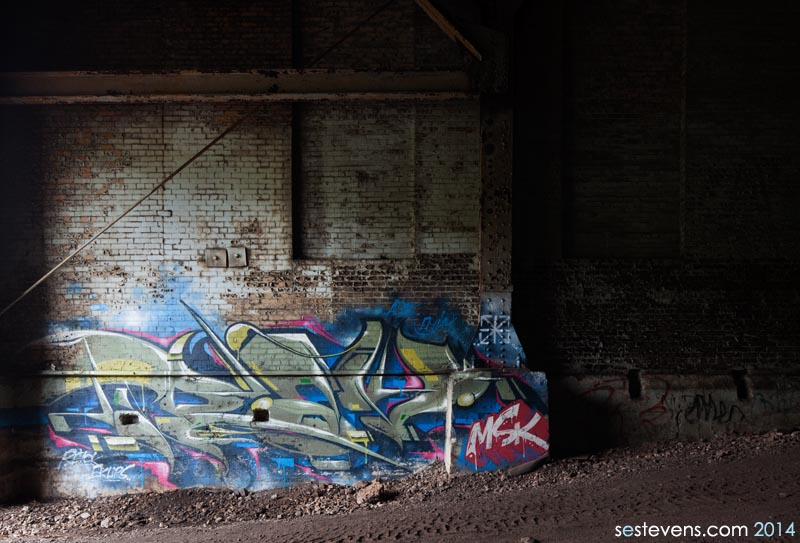 These furnaces are frickin’ monstrous. I can only imagine what it was like as lava-hot molten iron came out of these things. 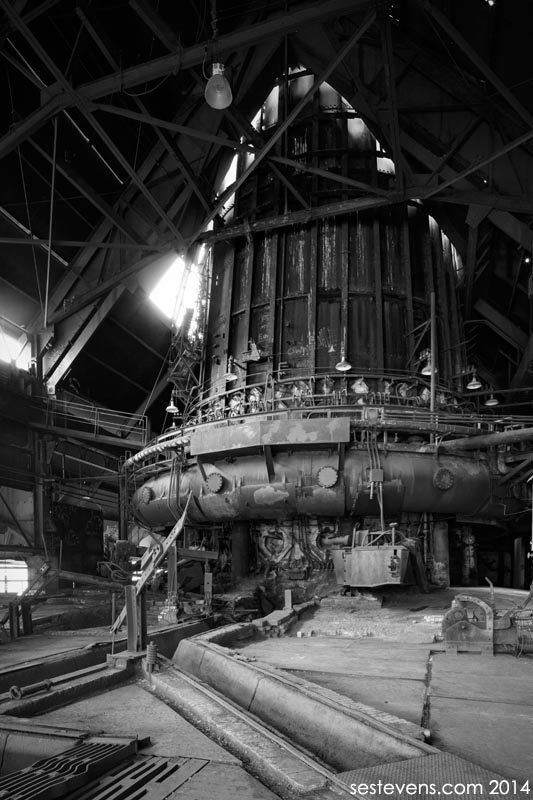 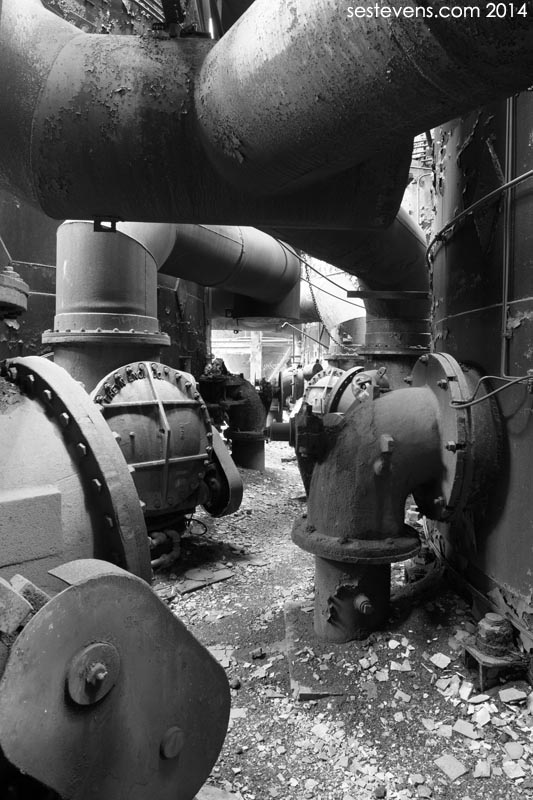 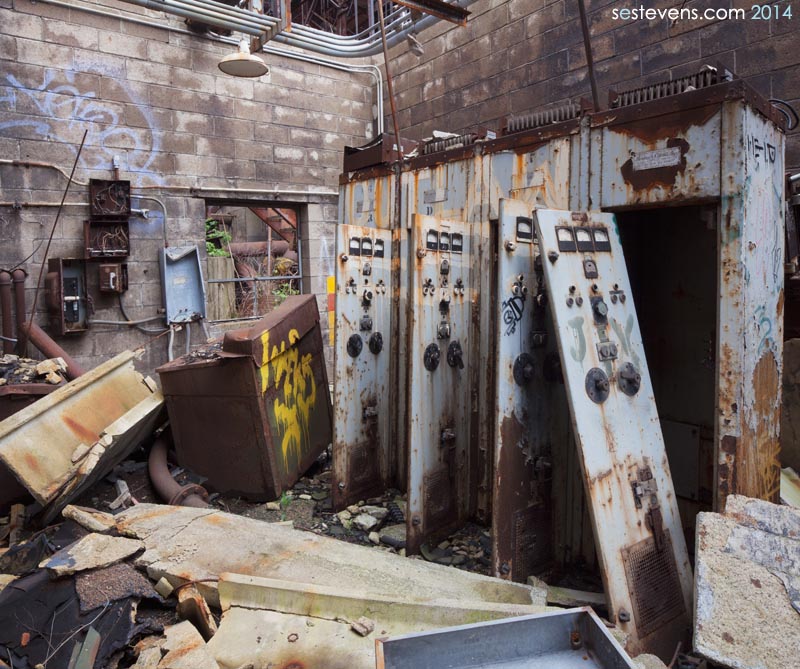 There is a LOT to play with.  I may have to return to Pittsburgh at some point just to do this again on my own and spend the day here. 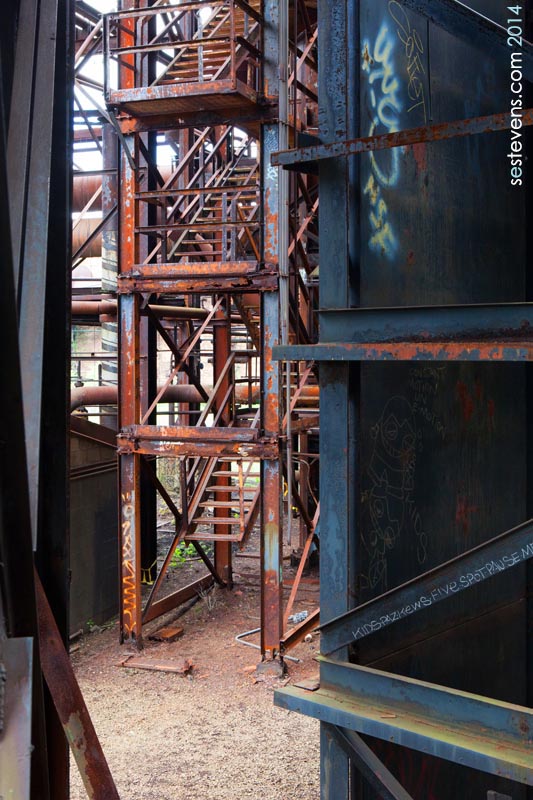 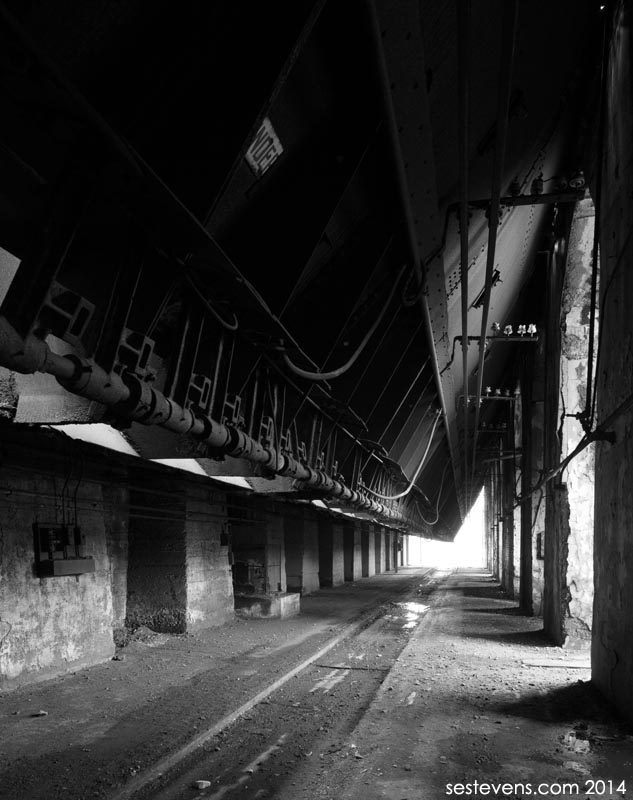 I captured a total of about 25 images, this was the only “close up” that struck my eye.  Next go around I’ll probably focus more on details instead of overall views. 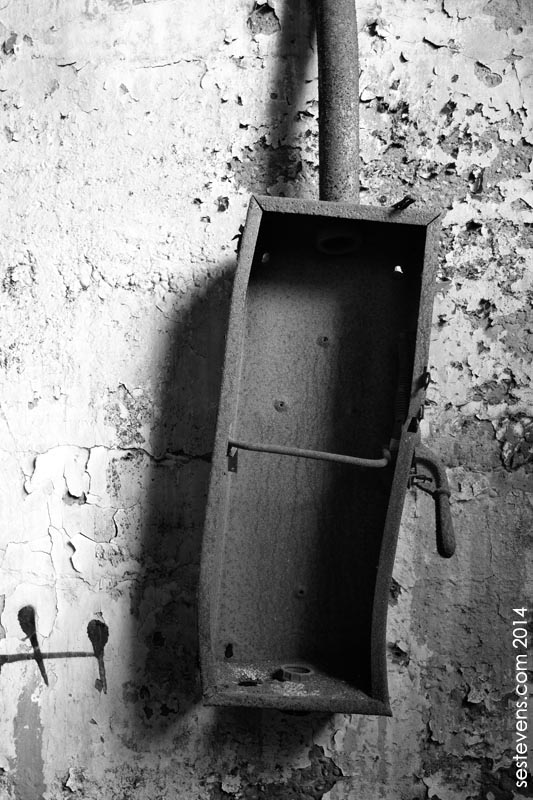 We’re getting to my favorite part of the facilities – where the railcars were loaded.  This platform must be at least three stories in the air, I kept looking down like, “I’m not going to fall through this thing am I?” 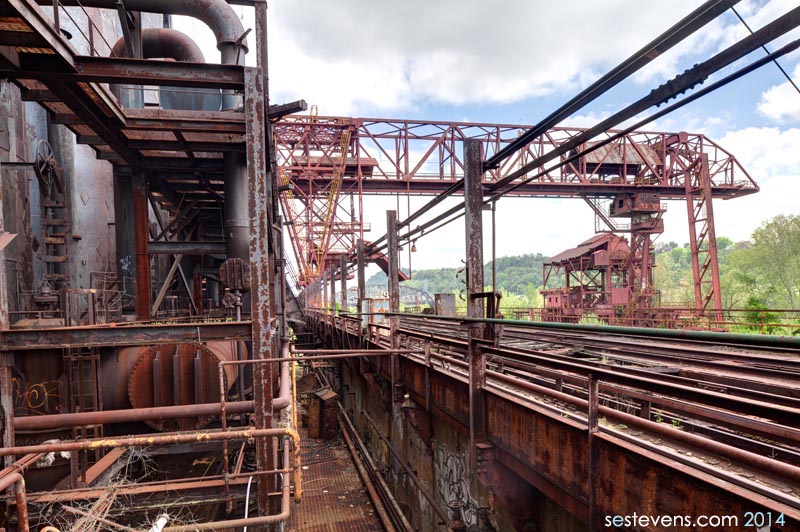 Thankfully the sun emerged at the right time  – as the sun started to dip for the afternoon, but it was still variable. 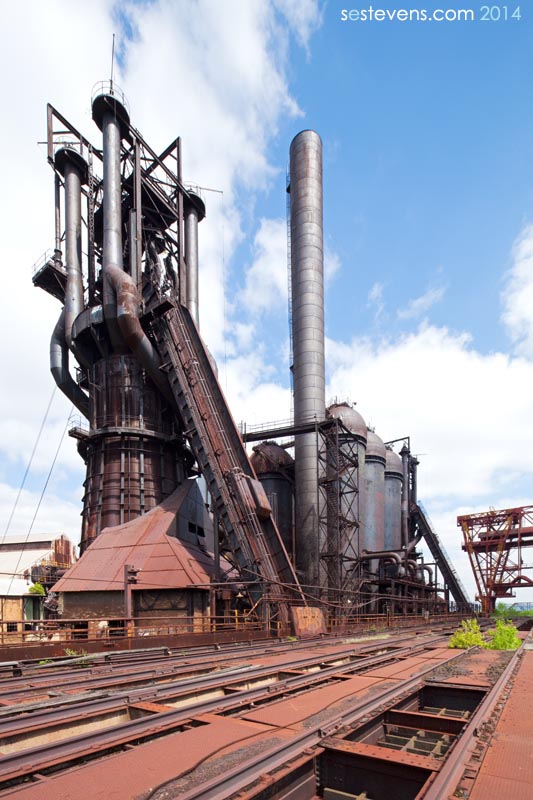 I can’t tell you how fun it was to line this one-point perspective up to make it read cohesively. 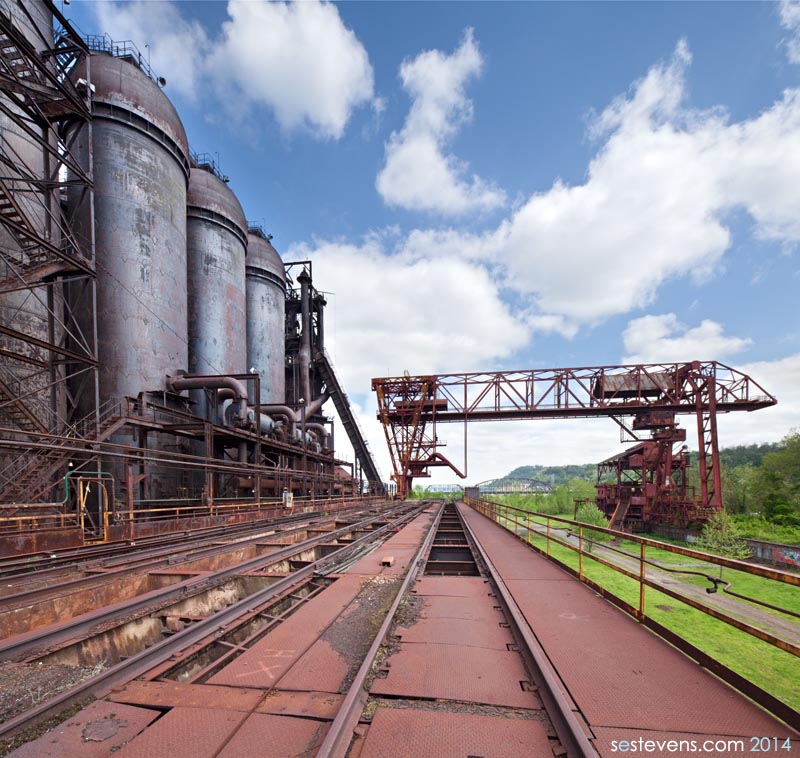 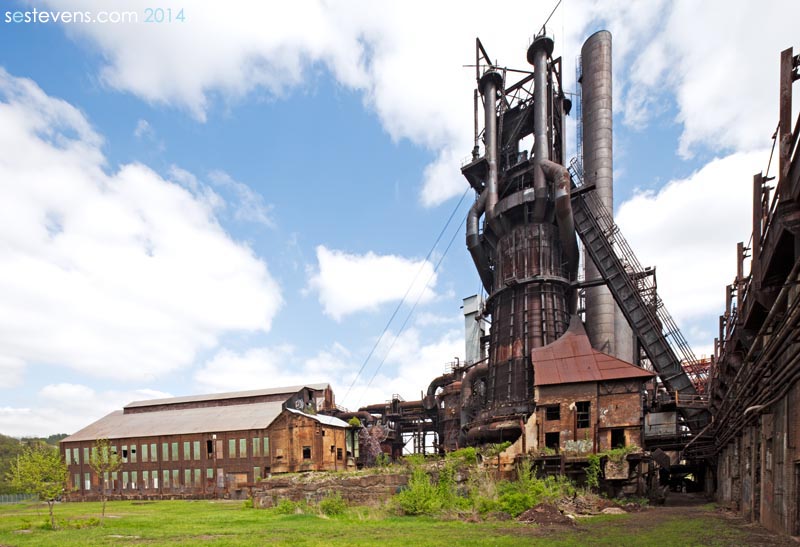 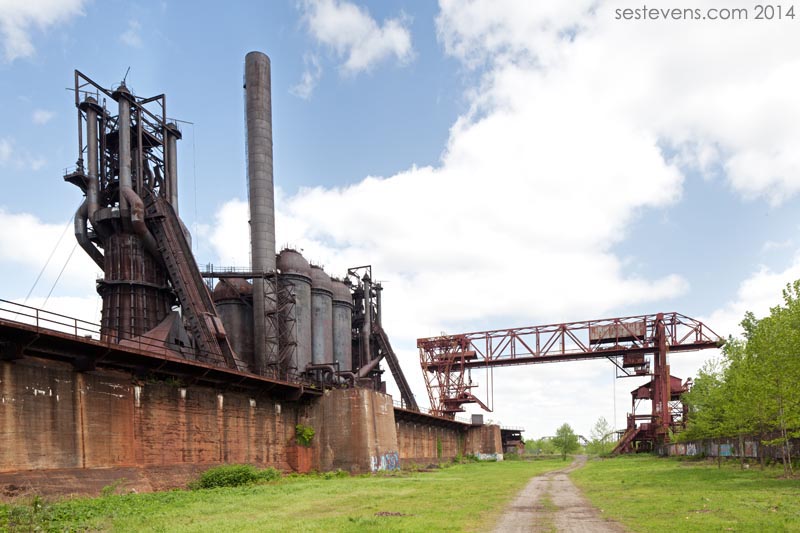 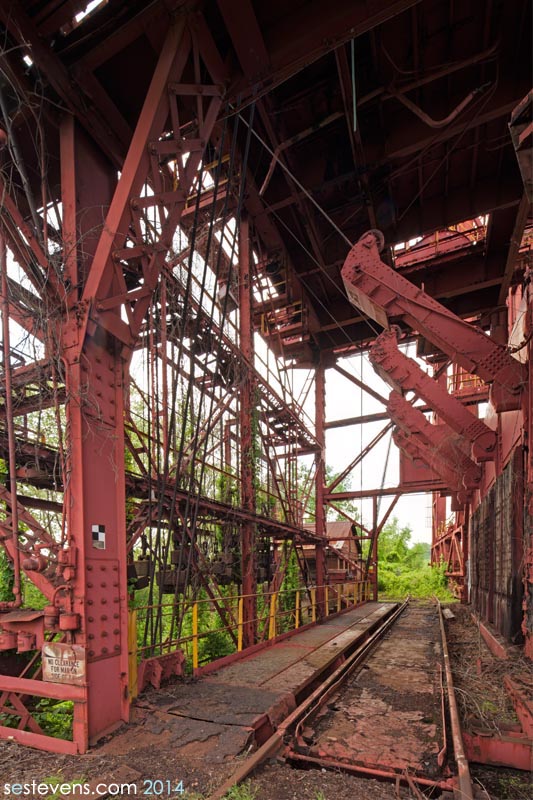 This is also one of my favorites from the shoot, it was the last image I took before we left.  Yeah…I’m definitely heading back sometime, Pennsylvania’s quickly becoming one of those states I may visit at least once a year! 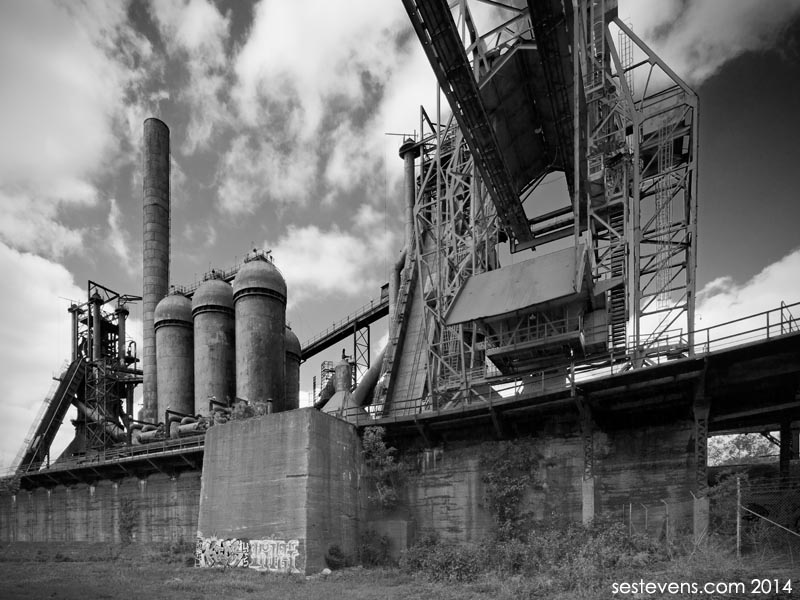