I had promised myself I’d do a bit of personal shooting and had some opportunity near the time the entire southeastern corridor of the United States became paralyzed by a couple inches of snow.  Our schools were closed, roads were empty of traffic, so bcecause I’m a total daredevil, I ventured out hours before it snowed to roam rural roads in a relatively close radius.

When I saw this, I felt it could be an interesting trip… 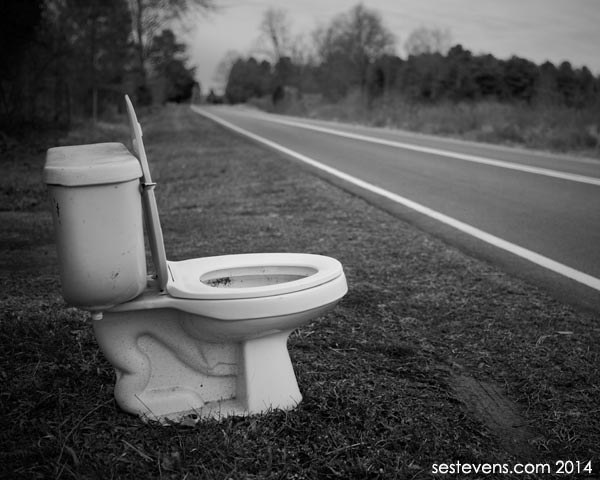 …however seeing this, I began to question my decisions. As one friend commented, “This is how scary movies start”.

None of the abandoned locations were worth photographing, however the occupied finds were personally interesting. Winter has this knack of transforming teeming agricultural landscapes into barren isolated scenes. 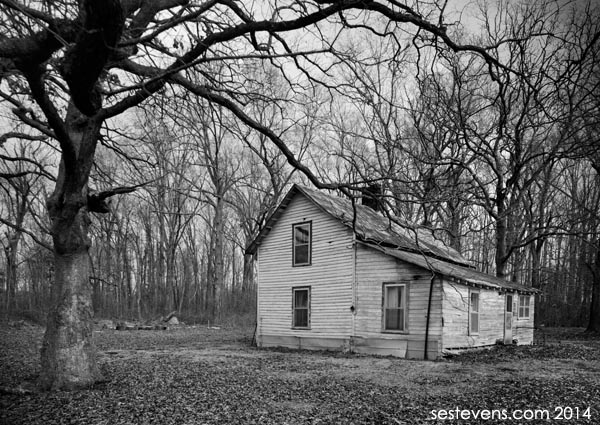 I simply enjoy carving out intimate country vignettes like this with a camera. 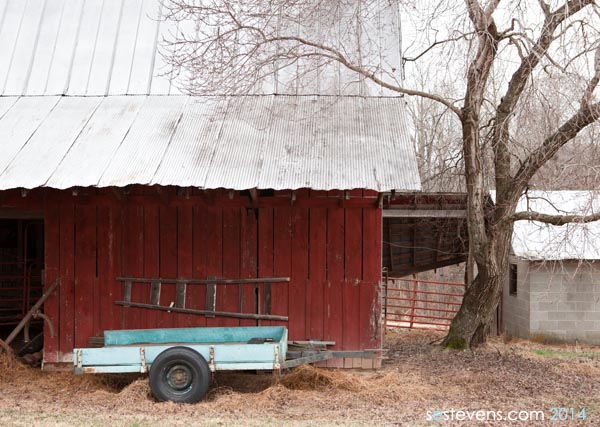 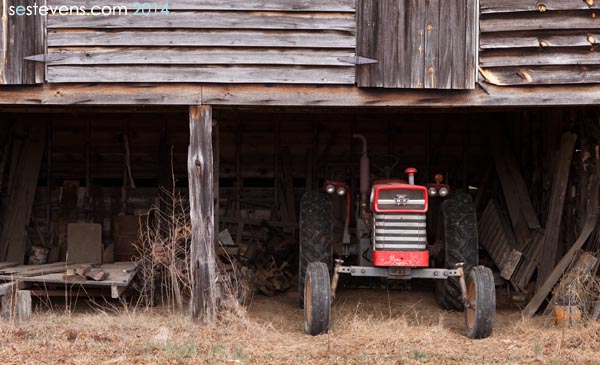 Then it began to snow. I mean REALLY coming down – an entire an inch or two, causing schools to be shut down a second day.  On a serious note, can I offer a suggestion to my southern friends driving on snow or ice?

Slow down.  That’s it.  I have a front-wheel drive Toyota and every time we have frozen participation I drive past at least 5 or 6 drivers who found their way into a ditch.  I offer to help, typically greeted by an odd look wondering how I’m not in a ditch, then politely refusing or claim help is already on the way.

I’ve seen Yates Mill captured often between spring and fall, so set a goal to capture Yates Mill in two different scenarios: 1) In fog (check) and 2) in snow.  After slowing down for three ditched vehicles, I walked the back way to access the historic mill. 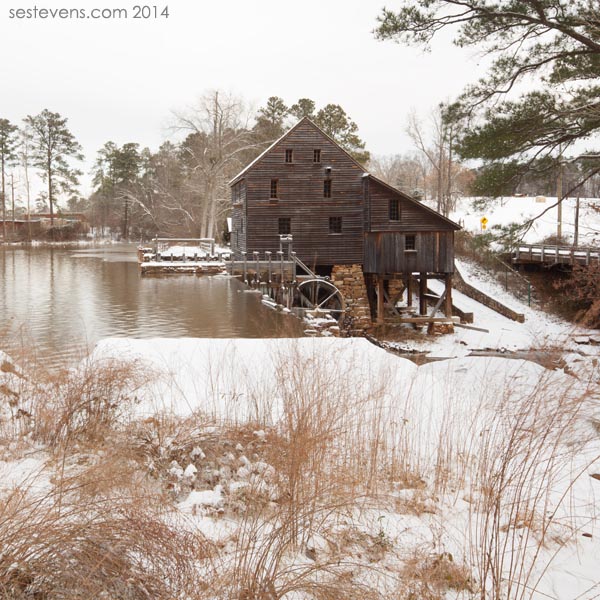 So I guess the only situations left to view Yates Mill are tornado, supercell, and raining frogs. 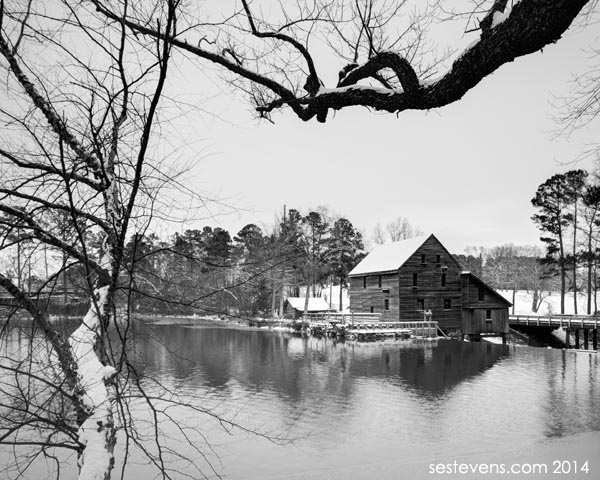 I stuck relatively close to home shooting both abandoned and occupied locations, focused on capturing North Carolina’s rural vernacular in the snow before it melted. It was a fun little excercise. 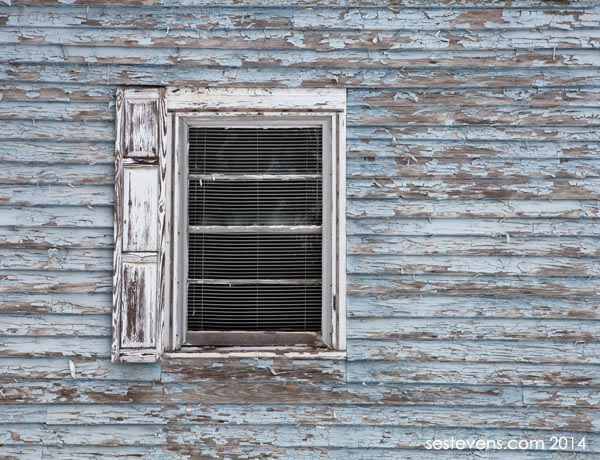 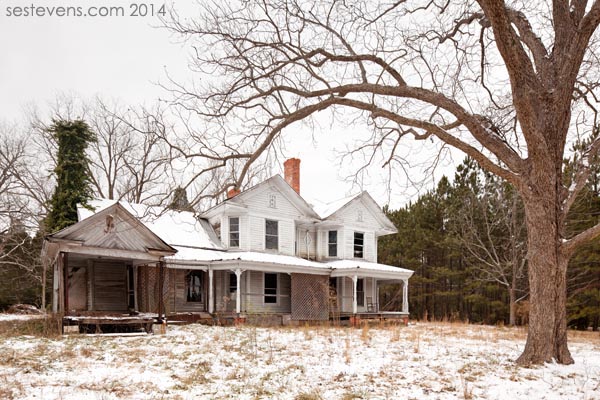 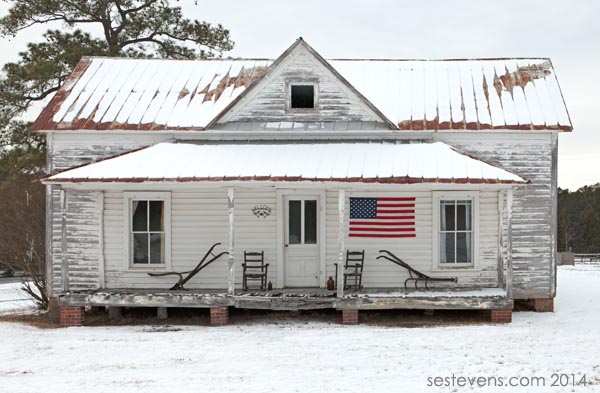 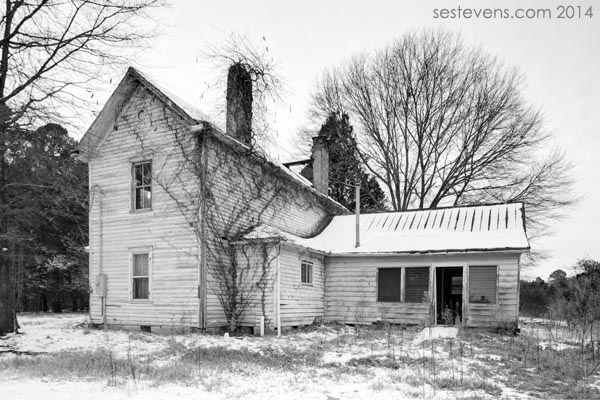 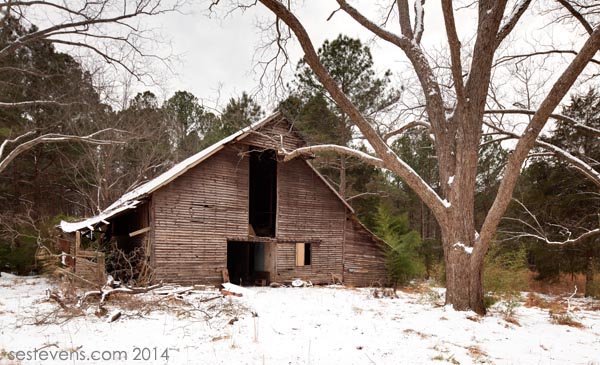 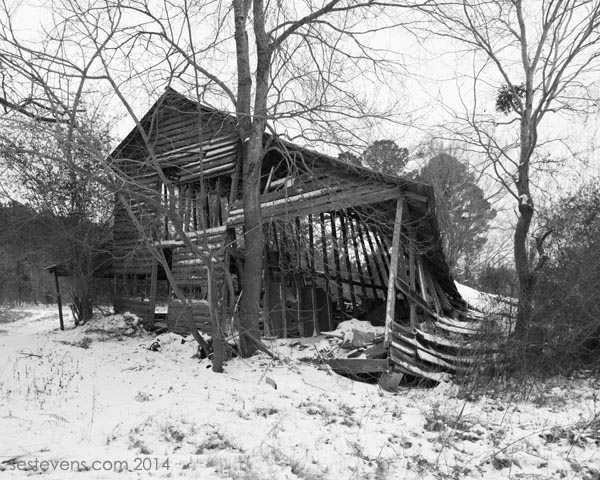 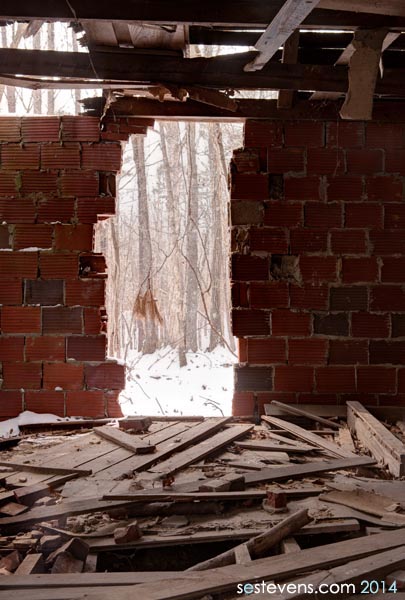 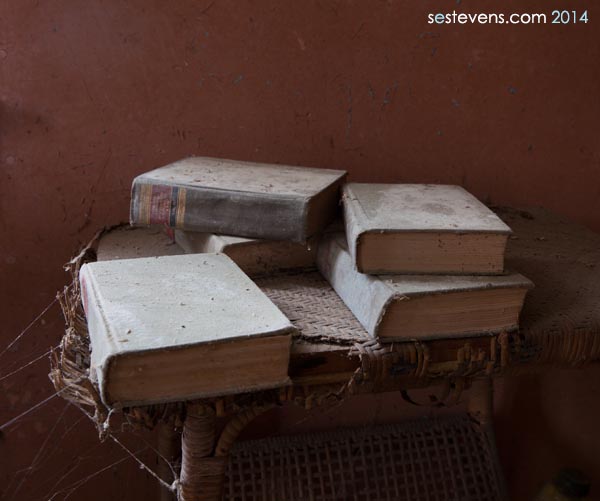 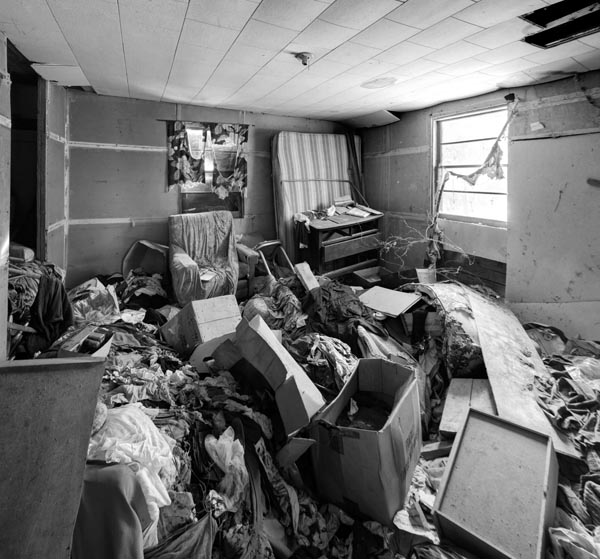 I took the scenic route a through Virginia on the way to the Swannanoa Mansion with one of my photo meetup groups. I found a ton of locations to stop by, but as usual only a few I chose to photograph. Among them was this isolated little cabin that I think could get torn down or relocated. The surrounding land had been clearcut and seemed to be making way for some sort of development. I was lucky to have the last sunlight here. So quaint, I had to give it plenty of negative space. 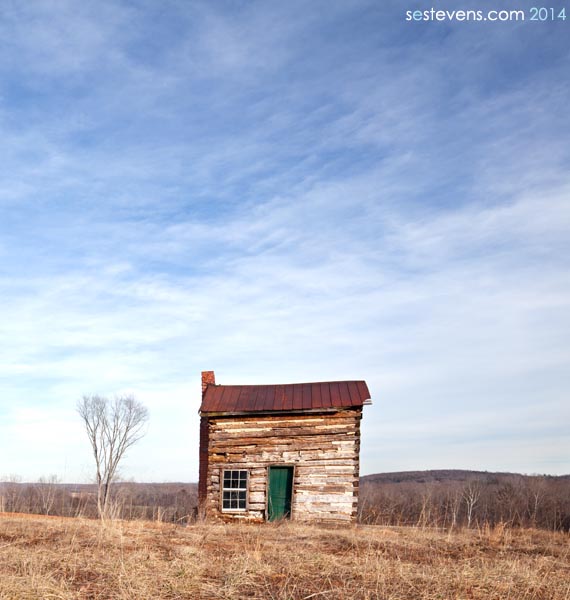 Further in my trip, I again lucked out with timing and stumbled across this shed during sunset. The worn lettering on the metal sign says “Olde Barn Produce”. 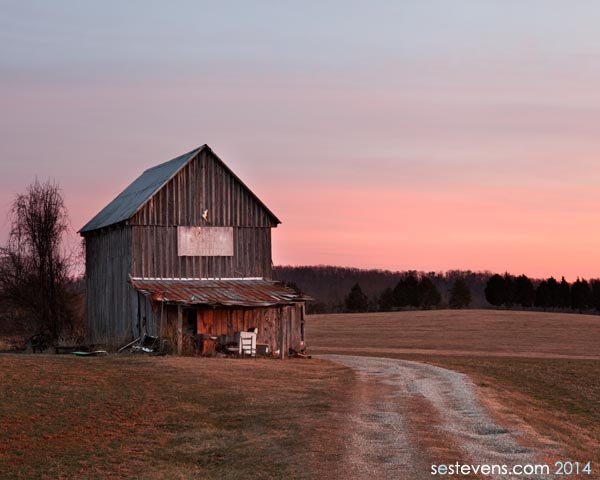 Finally, was Swannanoa Palace. I didn’t capture anything I’ll practically use but it was neat to see a decaying (slightly gaudy) location still in use. 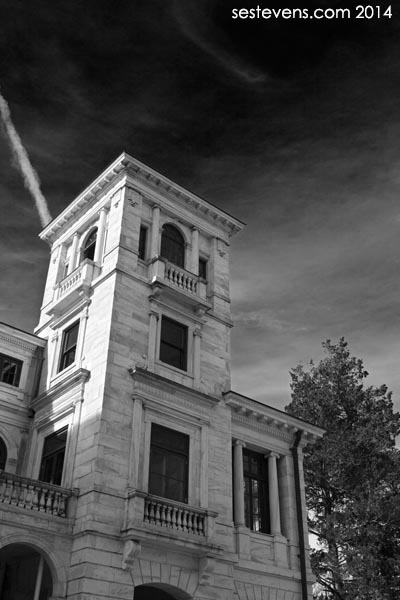 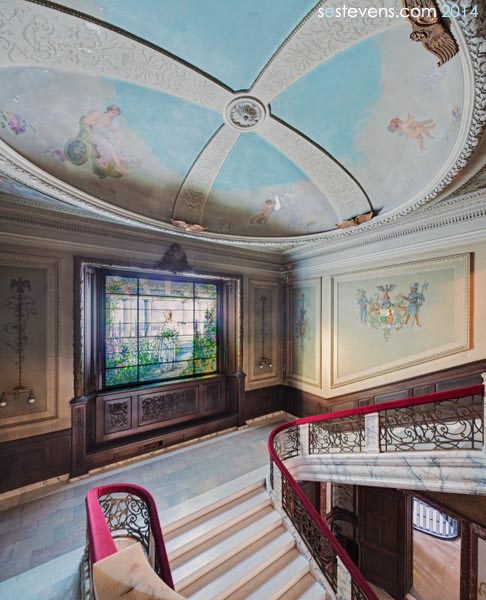 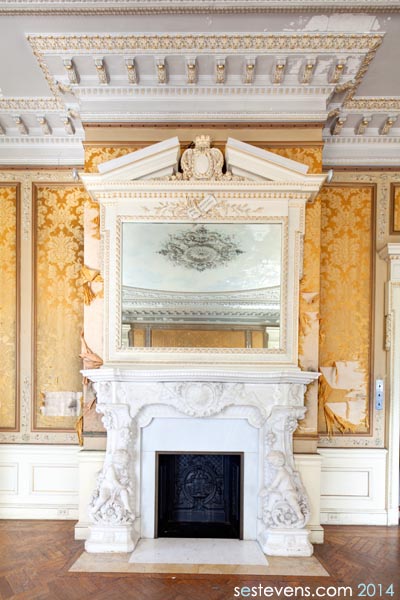 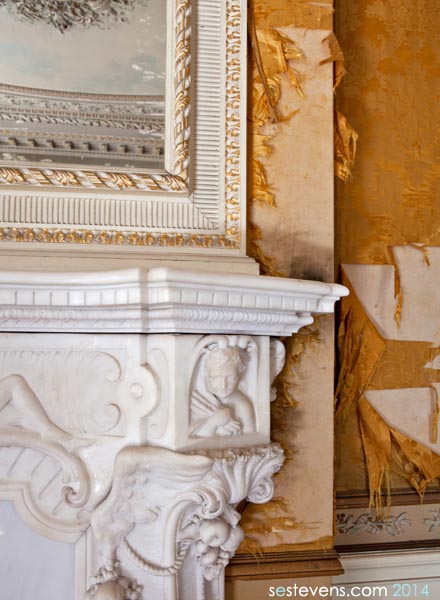 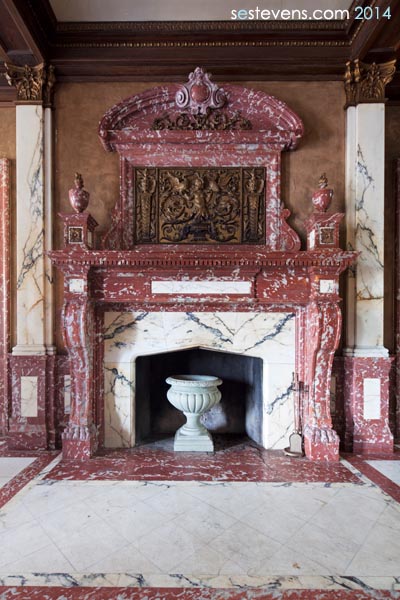 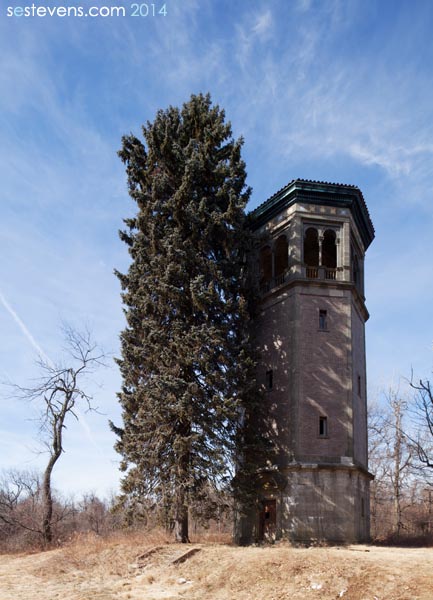 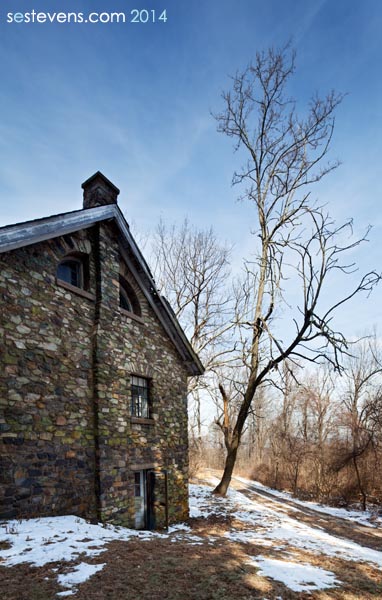 I probably won’t have too many more blogs this winter, I’m so DONE with winter. Cold temperatures aren’t supposed to happen this often in North Carolina, that’s why I moved here!