I had been planning a Raleigh-Goldsboro trip for a few weeks and asked my friend Reuben if he was interested in joining up. We used to work together and had been meaning to shoot together for awhile. However, with my job situation up in the air and an exam the upcoming Wednesday, I wasn’t sure if I was going to make my trip to Goldsboro on Saturday, May 9. Stoked at winning an award for my photography on Friday night, I decided to take a break from studying. Reuben was watching Star Trek on opening night, so I left him a voice message.

Turns out he and his wife made some plans for Saturday, but he was like, “DUDE, FORGET DOING PHOTOGRAPHY, STAR TREK WAS AWESOME!” It wasn’t that I didn’t believed him, but unless the world was going to end tomorrow, Star Trek could afford to wait for at least 24 hours.

Having never made this trip before, I traveled a purposely indirect route from Raleigh to Goldsboro so in order to hit more rural areas. I wasn’t disappointed. Mount Olive, Dobbserville, Seven Springs etc. are chock full of photographic opportunities. All of the rural property owners I ran into were friendly and accommodating, many I had pleasant conversations with, something I wasn’t used to. I’ve found rural locals are very security-minded, suspicious of any stranger scoping out their land. Unless it’s impossible to find out who owns the land, I typically ask the owner’s permission. But if the photo op is SO irresistible, don’t get me wrong, I’m like every other crack-addict photographer – I will boldly go take that picture regardless. The town of Goldsboro itself is an rural/industrial goldmine – however the light was in a high-noon position at the time of my arrival. It was scheduled to rain that afternoon, and I knew I’d be returning to the area within a month so I traveled back to Raleigh to resume my studies.

Below are some of the shots that managed to come out: 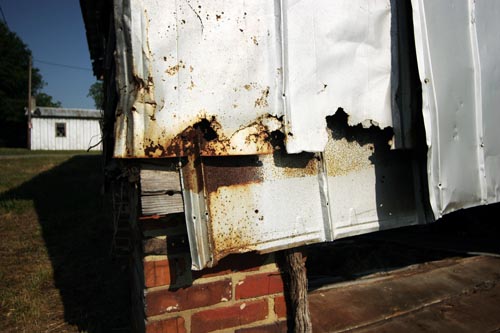 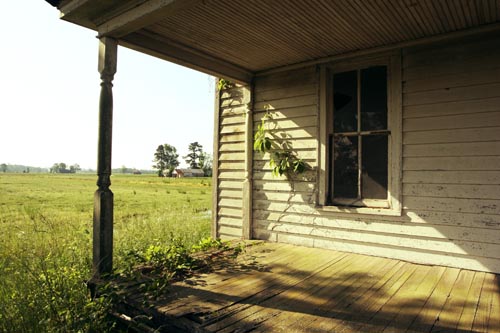 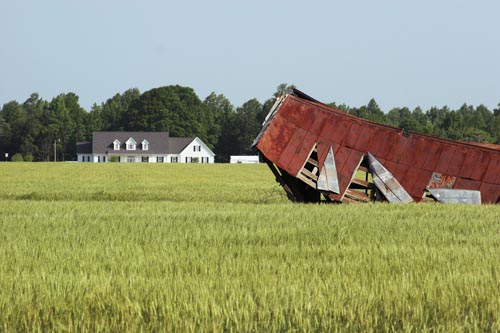 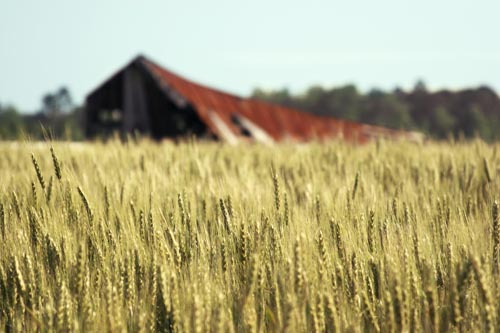 By the way, I saw Star Trek after finishing my Wednesday exam. Easily the best Star Trek, and one of the favorite sci-fi movies ever.

I had scheduled a trip to Athens and Atlanta this weekend, and due to personal circumstances had to cut my travel time short – let’s put it this way – I drove 900 miles round-trip in roughly 36 hours. Having finally mastered my GPS, I took a scenic route through north Georgia on the way to Athens. Towns included Lavonia, Royston, Comer, White Plains, and Greensboro; some places I was familiar with, and others were completely new to me. I discovered some gems in these towns I’ll definitely revisit in my next Georgia trip. What was disappointing was White Plains and Greensboro, Georgia – near a jobsite I used to work at. One of the fascinating things about shooting rural photography, especially the old, falling apart subjects, is that 15 years from now, most of it will no longer exist. During that weekend, I visited three spots in Comer, White Plains, and Athens where I wanted to recapture some subject matter, and guess what?

I should post a blog just full of industrial and rural subject matter that no longer exists. 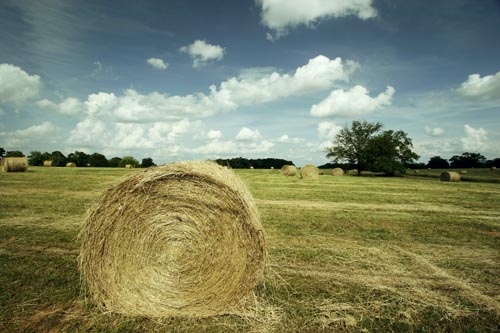 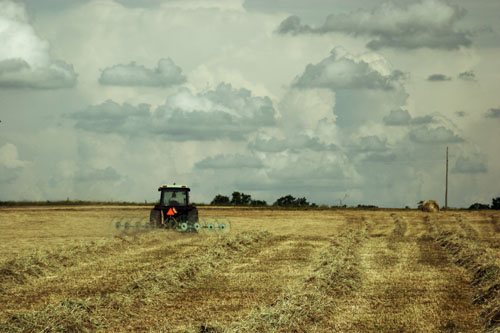 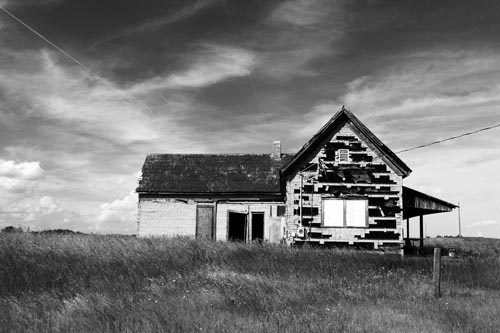 When I arrived in Athens, I met with local photographer Tony Admur, who was gracious to pick up my two framed pieces that were on display at the Southworks show. We had dinner and caught up a bit, of course talking about photography.

So Bain Waterworks near downtown Raleigh has been recently open to the public for viewing. Sunday, May 17, was going to be the last opportunity to see the thing before it will eventually get renovated (I think it’s getting converted to offices). I asked Reuben if he was interested in going and gave him a call on Sunday.

“I’d love to go, but we’re going to the movies to see Angels & Demons! I’ll just have to check out your Facebook page to see what it looked like.”

Yeah, yeah, okay man! I arrived at Bain on Sunday afternoon and WOW there was more lead-based peeling paint that you can shake a stick at! Despite the seeming emptiness of the photographs I’m sharing, the place was crowded and EVERYONE had a camera. Imagine hundreds of people roaming around this building with point-and-shoots, SLRs, and tripods. I left my tripod in the car because I wanted to travel light and not knock anyone over with it, instead choosing to stable my camera against walls and other immovable objects. Getting pictures without people was quite a challenge; if I was industrious enough to carry my tripod inside, I probably would’ve done some people-stream long exposures. 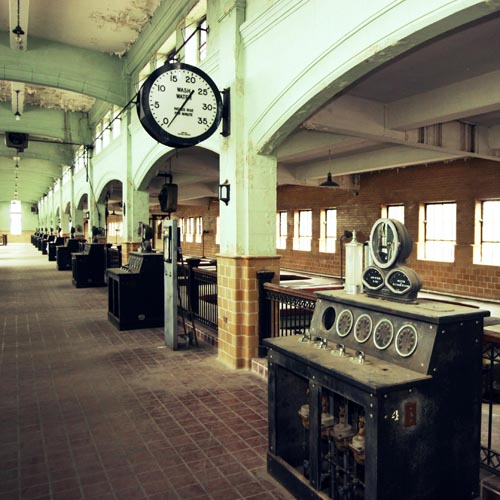 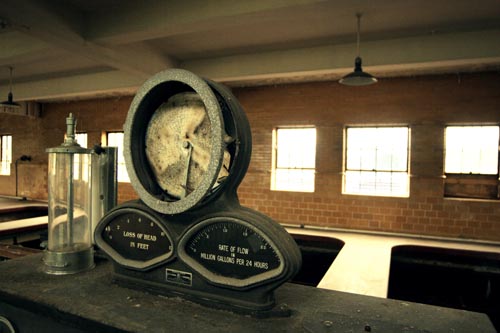 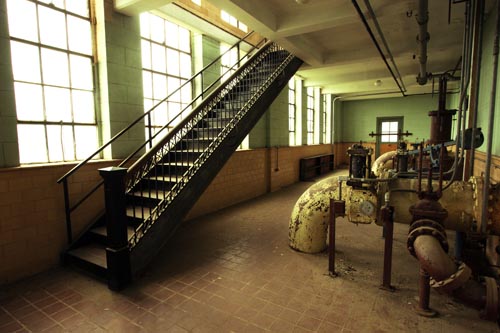 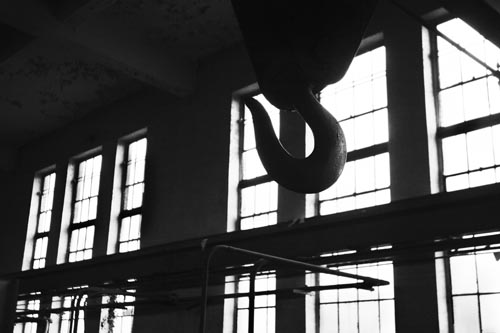