Woo! Three days in St. Louis was fun. Got to see several friends while in town, eat at Pappy’s steakhouse, down three custards at Ted Drewes, satisfy my White Castle craving, get off some urban exploration and attend my buddy Jim’s wedding.

Who the heck is Jim? 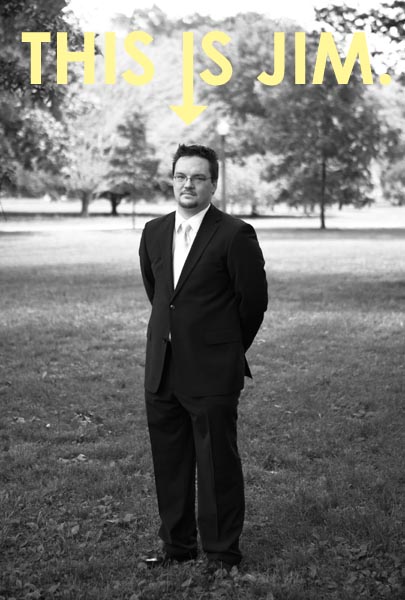 Alright. For those of you who don’t know, there’s an arch thing in town. I took a few obligatory shots. 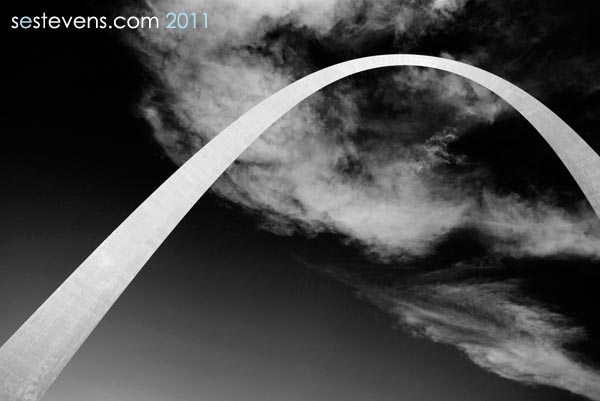 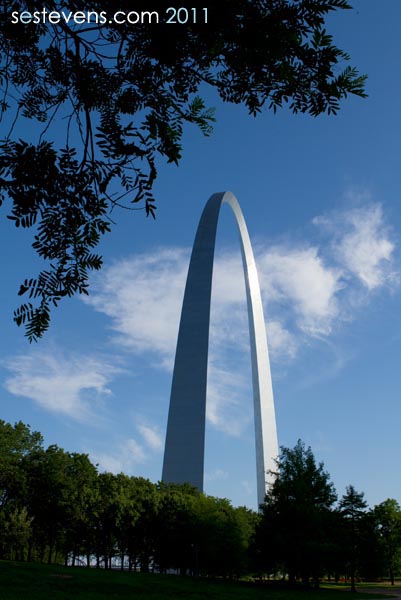 Jim turned me on to an area immediately south of the arch – there’s a long wall tattooed with graffiti down the entire riverside. Adjacent to some sort of industrial plant (water facility? not sure), it’s a very popular wall and stretches a good mile or so. During the weekend it’s full of souped-up automobiles, models, graffiti artists, and photogs. 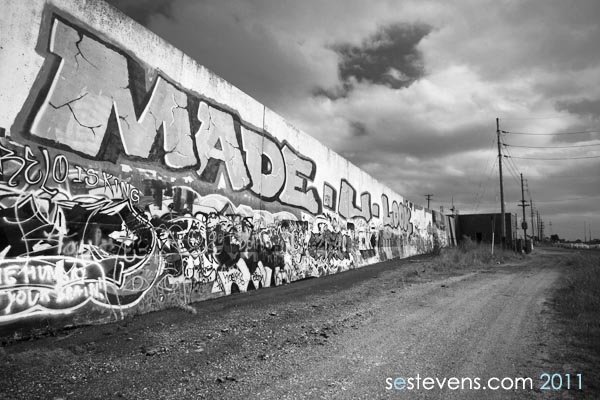 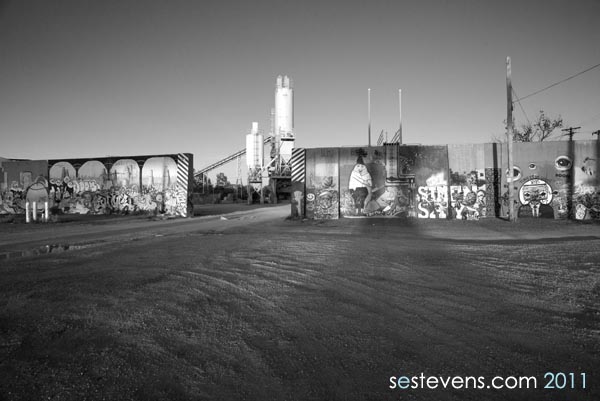 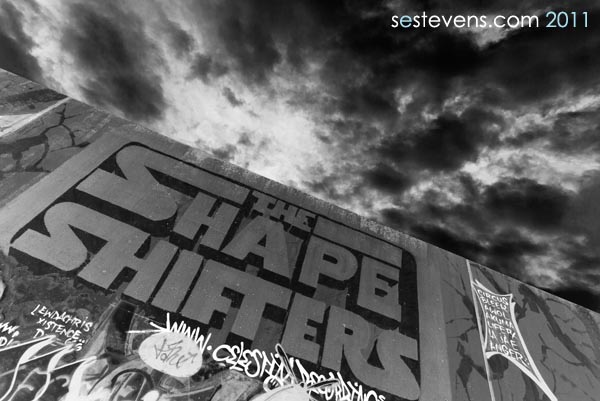 I’m unsure where this was. I think it’s near the Anheuser-Busch plant. 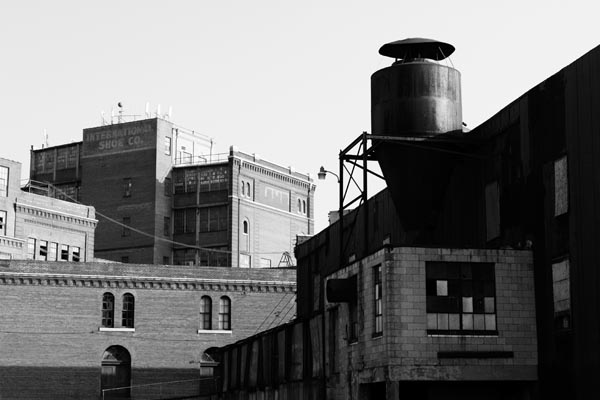 This is back south of the arch again. FUN going through this entire area, I could easily spend a week or so exploring all of the buildings there. 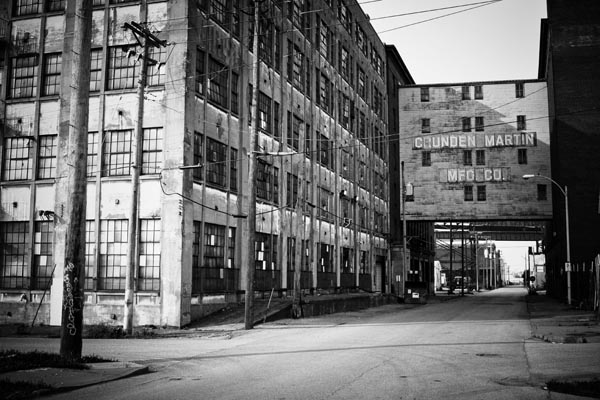 Now you DO have to be extremely careful in buildings like this. Lead-based paint is the least of your problems and I certainly wouldn’t recommend exploring during the middle of the night.

I mean…there could be holes. 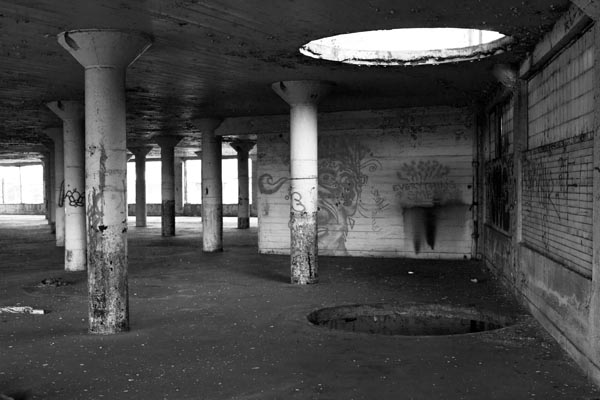 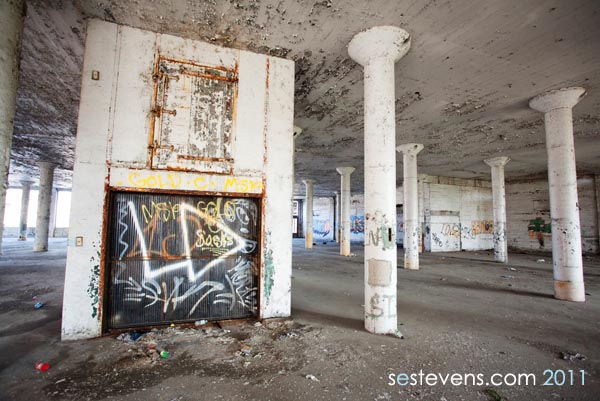 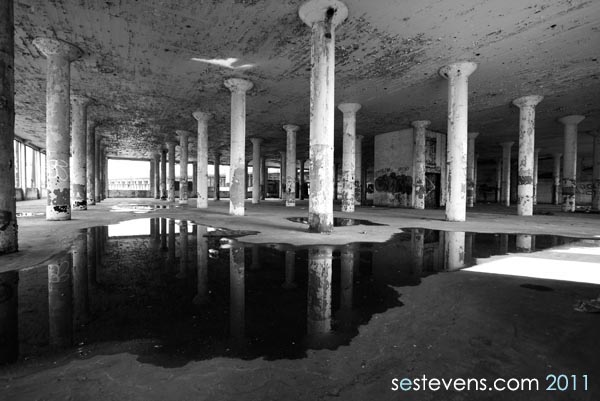 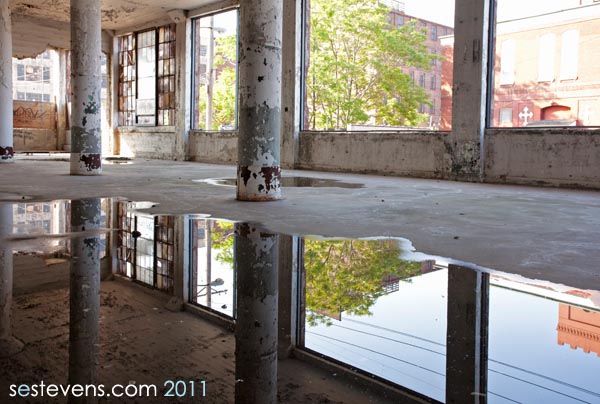 The other staircase on the opposite side of the building was too risky to take, and this had its structural integrity. 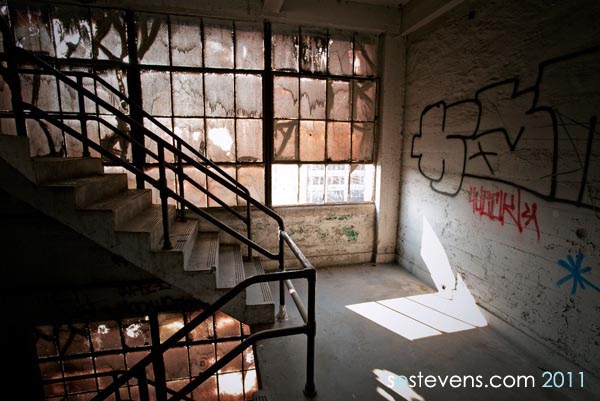 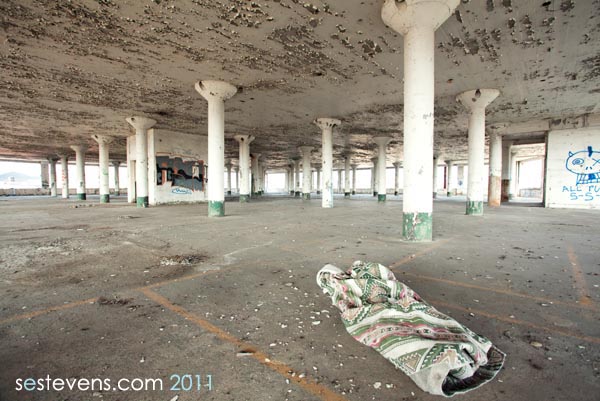 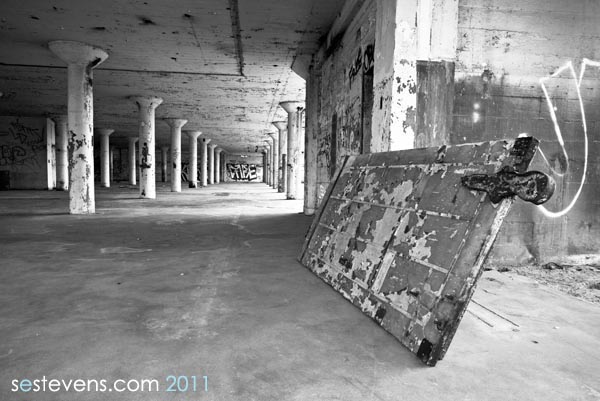 This is the view from the roof. The roof was the one I most careful on – though it’s still intact, there’s so much water standing up there, it’s a matter of time before it fails. 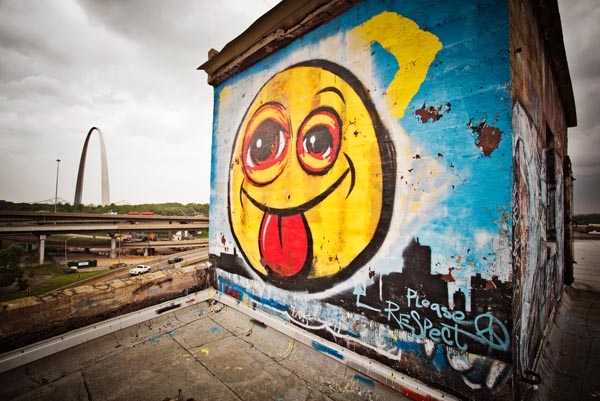 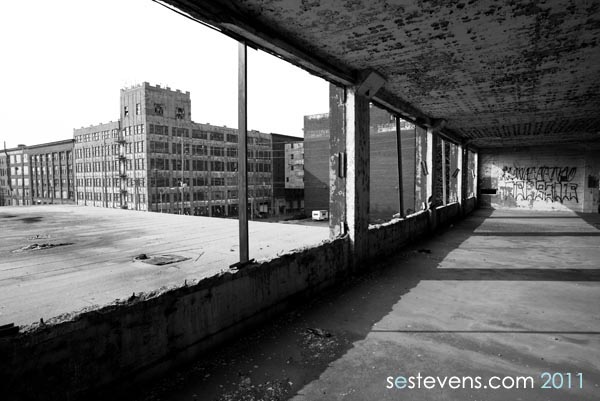 Lastly, Mattie (Jim’s wife), one of her photographer friends, and I went to a sculpture park. I wasn’t that impressed with what was there, but I never claimed to be in tune with art. 😉 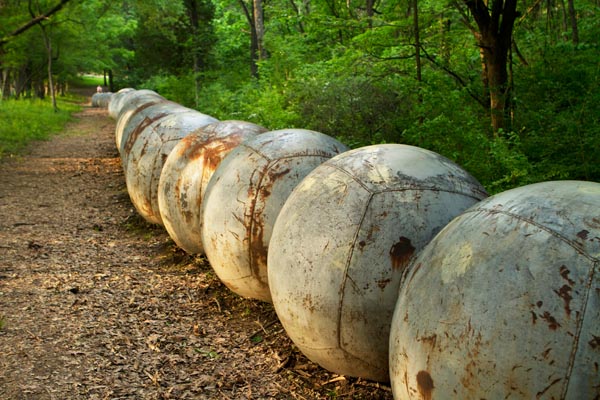