This is part four of my 3000 mile trip through the midwest. The previous blogs are below:

The architectural centerpiece of Milwaukee is the Milwaukee Art Museum designed by Santiago Calatrava. Calatrava is one of my favorite architects and I wasn’t leaving this part of the country without taking the photos I came for. What kind of sick, twisted mind goes on vacation to shoot architectural photos if he does that for a living?

I’m not personally huge on iconic architecture, but I really love this building. The first day was very windy, so I didn’t get to see the museum in its full glory. Still a pretty cool building to look at and it was a nice day, so I captured a few shots that afternoon… 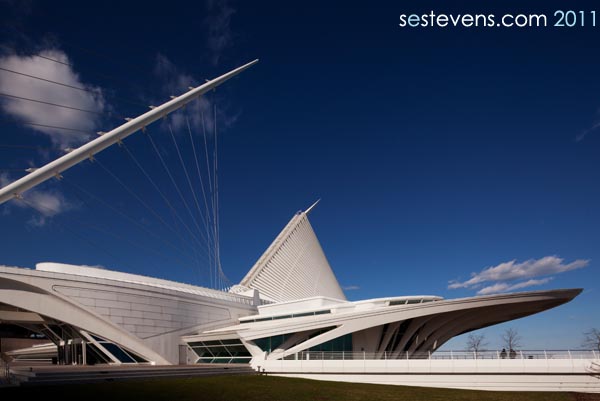 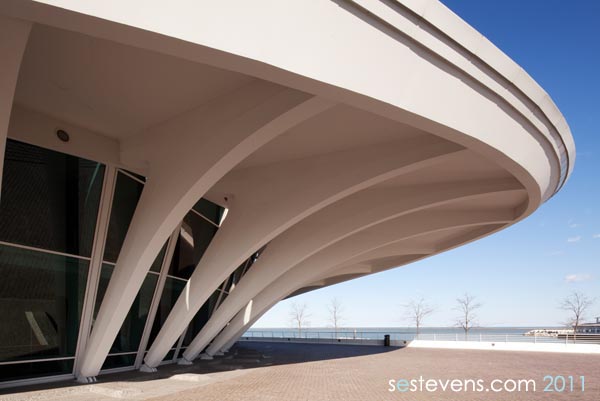 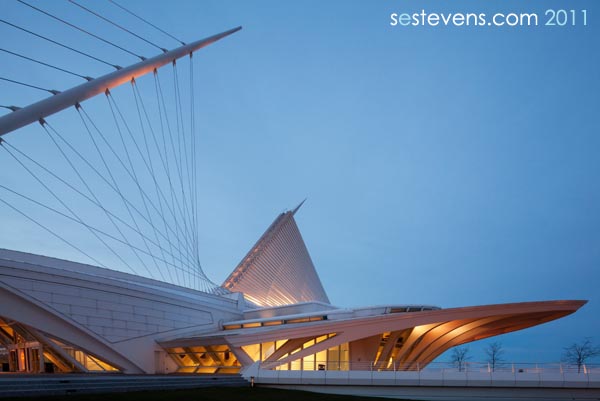 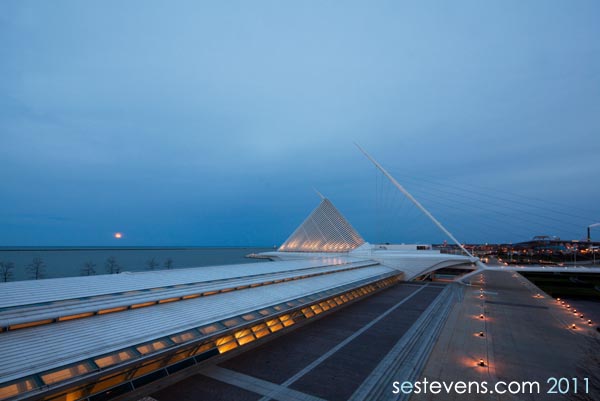 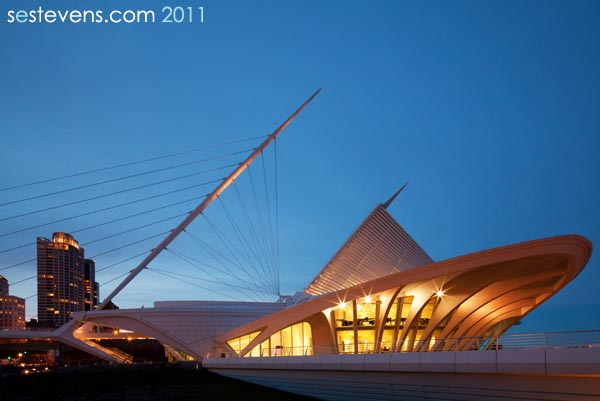 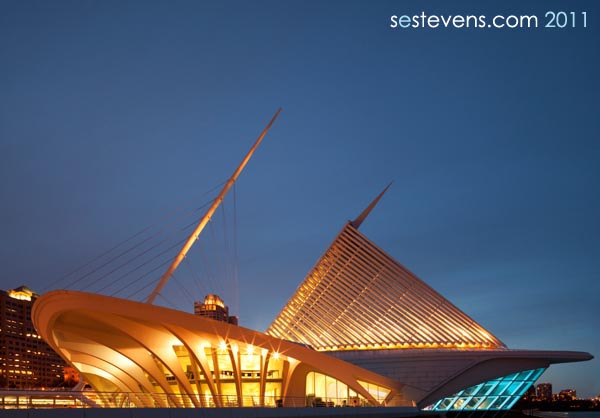 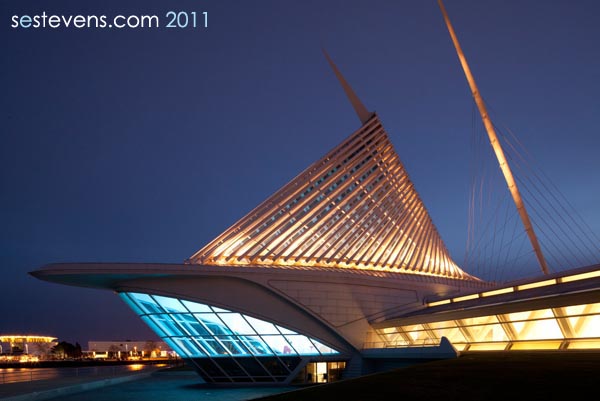 I called it a night, hoping I’d be lucky to see the transformed museum the next day.

The next day was Monday and the museum was closed. 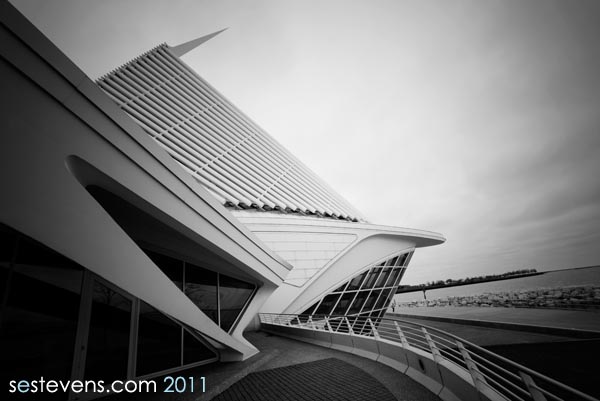 It rained. It snowed. It sleeted. I drove to Madison. I thought Wisconsin drivers knew how to drive in sleet, but I counted at least 9 vehicles stuck in the center ditch on the interstate between Madison and Milwaukee.

Hung out in Madison. There were people protesting something going on out there.

I drove out to Milwaukee again on the way to Chicago. The museum was open BUT IT WAS TOO WINDY AGAIN! Argghh! If I had to stay in the midwest an extra week, that’s what I was going to do.

Stopped by Racine to check out the Johnson Wax building by Wright. Hightailed it to Chicago for a brilliant sunset.

Toured a bit of Chicago in the morning. During lunch, I called the museum and asked if the wings were open. The respondent affirmed that it was.

Heeeeck ya. So I took the 1 3/4 hour trip back to Milwaukee. Why, oh WHY, Sterling would you take THREE separate trips to Milwaukee just to see one piece of architecture?

I went for the wings. 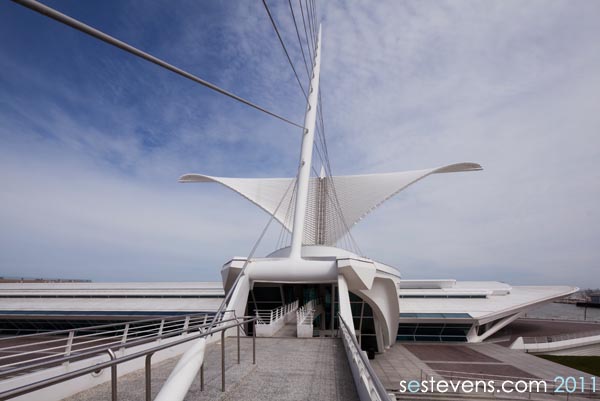 I know, I know – that’s a little obsessive, but if I’m determined to get a certain photograph, I will stay as long and/or keep returning until I exactly what I want. This was my first extended trip through the Midwest and I didn’t know when I was going to return. Architecture and photography are my life. Calatrava is up there on my list of architects and this is one of my favorite buildings in North America. As both a designer and photographer I was not going to miss checking out this museum.

When it comes to vacation, some prefer lying on the beach. This is how I roll. 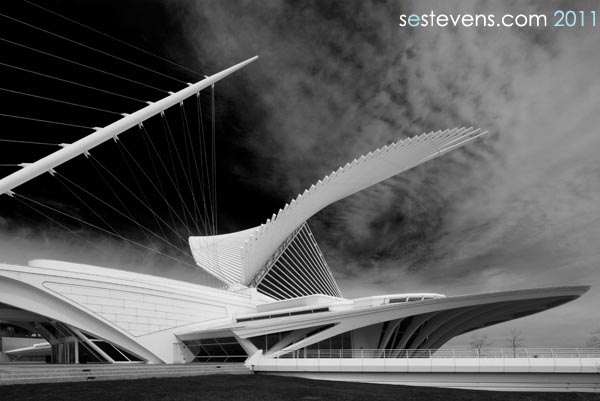 Fortunately the partially cloudy afternoon sky worked splendidly. It was fun and and totally worth it. 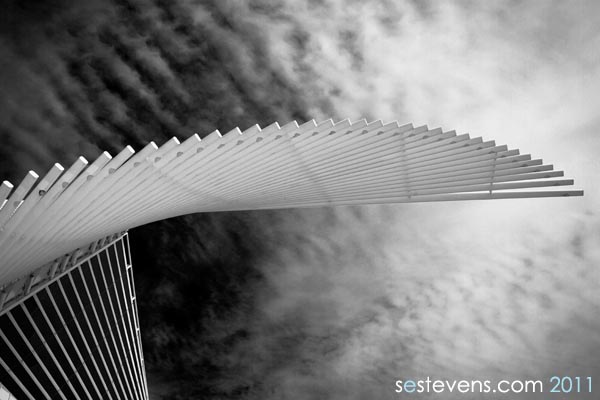 Satiated, I returned to Chicago.