Okay, so I drove 3027 miles. On the way up and back I drove through Charleston, WV, Dayton, OH, Indianapolis, IN, Milwaukee, WI, Madison WI, Chicago, IL, Lousiville, KY, Lexington, KY, and Knoxville, TN. As you’ll read further in this and consecutive blogs, I didn’t necessarily stop through all of these cities, or even take photos in every city I stopped in. Then again, this blog isn’t about the city, but everything I got to see in between.

My good friend Eric was getting married in DeKalb. I reasoned if I’m going to go all the way out there, let’s make a real trip out of it. It was my real first vacation since 2009 and what better way to spend it than hitting the open highway? I realized going in the weather would be uncooperative. Snow, rain, sleet, thundersnow (Yes. I FINALLY WITNESSED THUNDERSNOW!) would be on the menu for much of this trip. Fortunately, the weather let up more than the forecasters initially thought it would, which made for some awesome photographic opportunities. I got to see a bunch of old friends and was fortunate to make a few new ones along the way.

I really love these Mail Pouch tobacco barns through Pennsylvania and West Virginia. This is on the side of the highway going through Mason County, West Virginia. 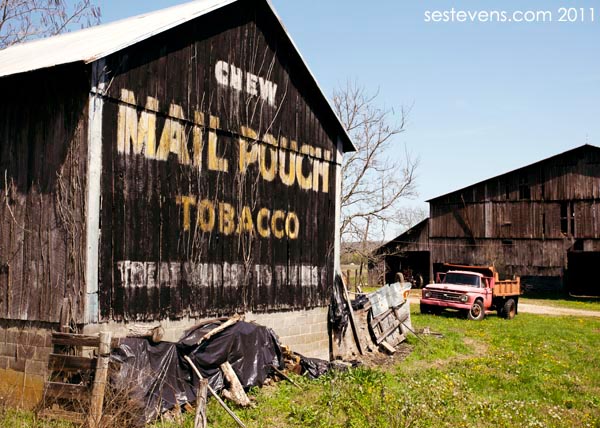 This house was off the interstate near Jamestown Ohio. I’m not sure if you can tell, but it’s becoming hazy and overcast on my first day of travel. 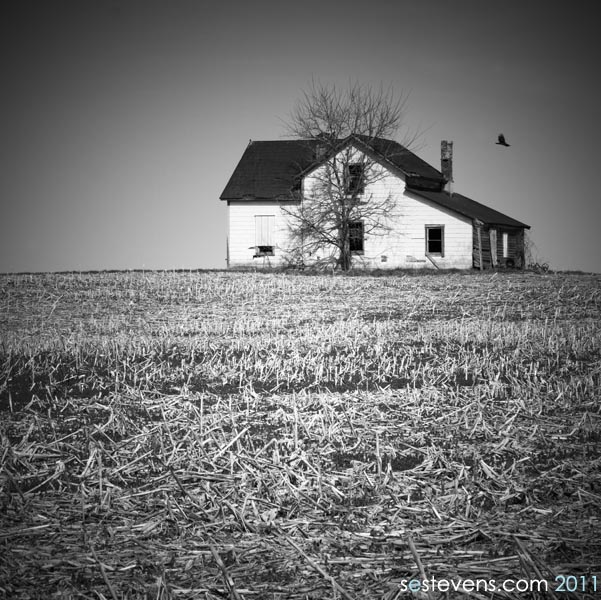 Skyvue, an outdoor movie theater (still in use) in New Castle, Indiana was a lucky find. Going west towards Chicago, I veered onto the first exit in which I read “White Castle”. White Castle. Seriously, I love these sliders. A Jersey boy these were my favorite fast food burgers – you could eat like 30 of these little things and not get full (this may be a slight exaggeration). Down South they have these things called “Krystals”. Their burgers look like White Castle, but they ain’t it. There is a reason Harold and Kumar left New York to New Jersey; they are that good. Satiated, having chased four sliders with fries and a Coke, I stumbled into Skyvue on the way back to the interstate. Then I trespassed to shoot the sign. 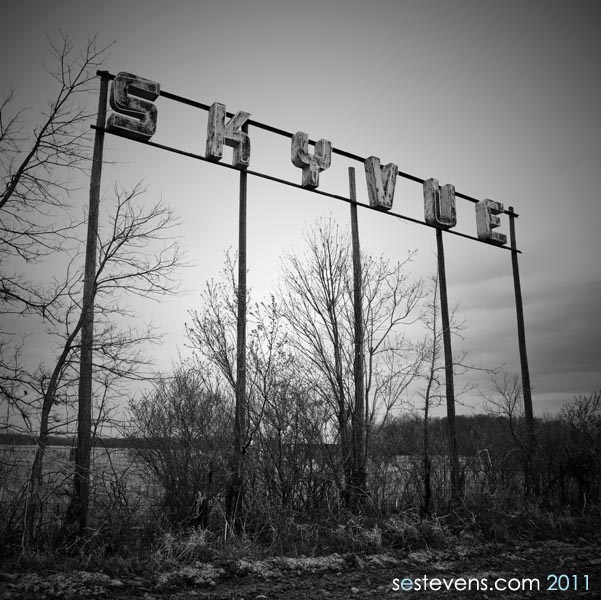 I didn’t take any photography stops along the way to DeKalb. There were people to see and a wedding to attend, so these are all immediately off the roads I traveled. Not sure where this was below…I think near Comersville, Indiana. 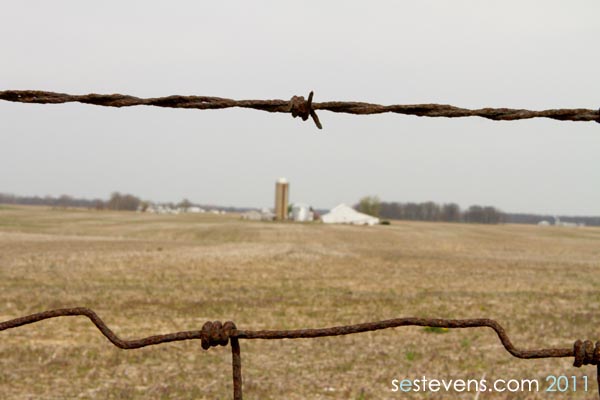 Along I-65, approximately halfway between Indianapolis and Chicago, there is a gigantic wind farm. I’ve seen wind farms before, and there’s a tiny one when you get into Atlantic City, but I had never seen a stretch of miles with hundreds of wind turbines all going. Jaw agape, I took a side trip, took some photos, but the weather was too murky for good color photos, and not murky enough for black and white. I was not going to leave this area without getting ONE decent photo of these things. Incredible.

Wedding was great. It snowed. In April. I was oblivious that back home in Raleigh, tornadoes were touching down. I figured it out the next day upon logging onto Facebook and receiving several calls from friends and family.

I checked in with several of my friends while driving between Illinois and Wisconsin to make sure they were okay. The day was sunny and very windy with fast moving clouds. The following were all taken in northern Illinois and southern Wisconsin. I had a bit more time on my hands so took the time to venture (i.e. gleefully trespass) onto several rural sites and shoot. As you can tell, the polarizer was in heavy rotation that day. 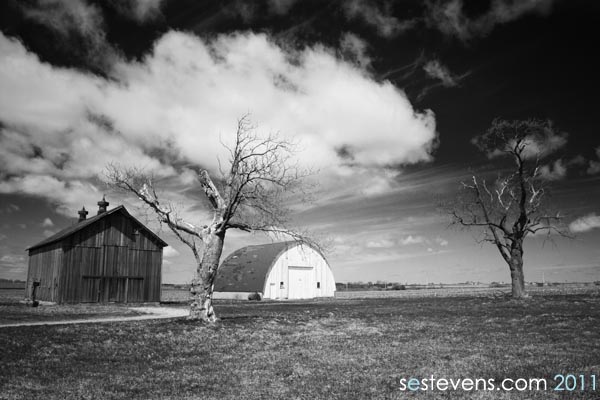 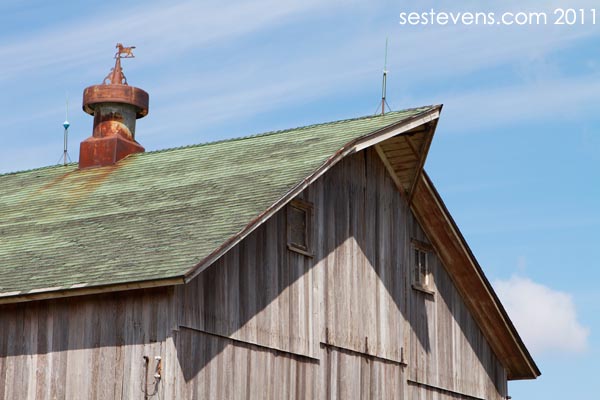 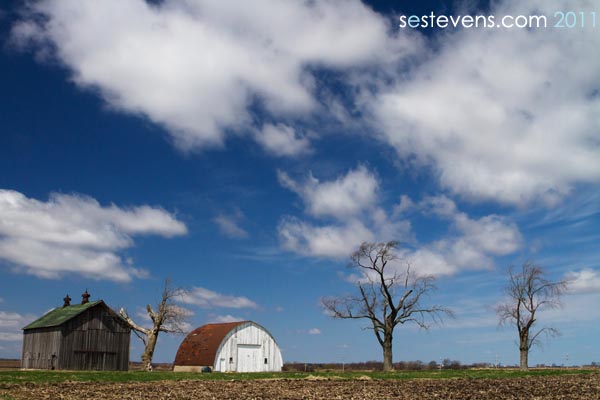 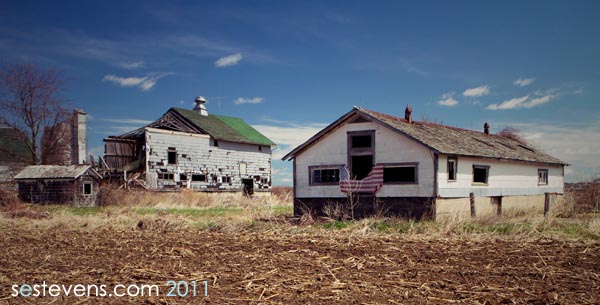 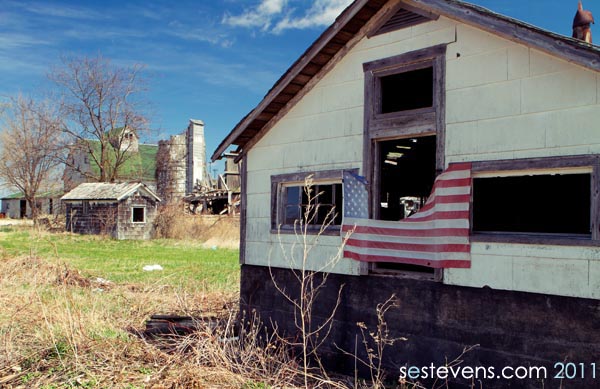 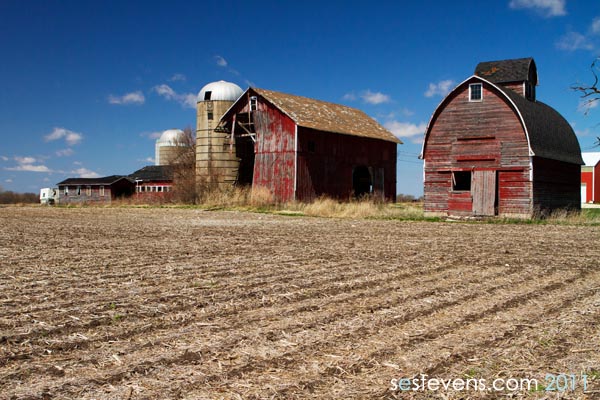 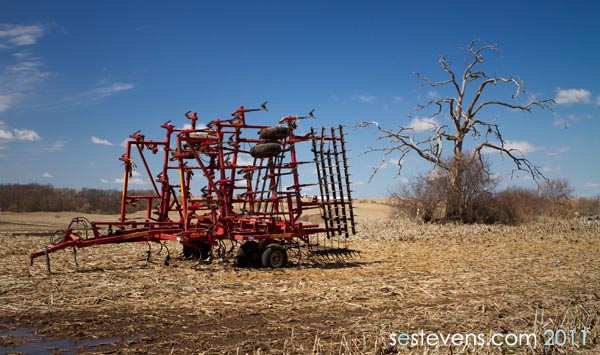 I spent over a week in Milwaukee, Madison, and Chicago in which I’ll cover in future blogs. Remember that wind farm? I returned after visiting Chicago and was fortunate to be rewarded with the exact conditions I wanted. 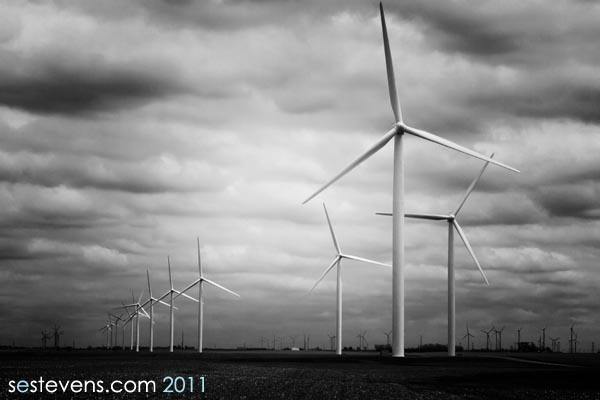 After going through Indy for a second time, I took an alternate route home by going through Kentucky. The time to get home would be the same, the weather forecast was better, and I’ve never driven through that part of Kentucky before. Though it was a gorgeous day, I couldn’t shoot any decent photography due to time of day and heavy wind and rainstorms were immediately above me coming from the north. So I didn’t take any pictures after leaving Indianapolis. Having driven through Louisville, I will say it’s a beautiful and energetic, reminding me of cities such as Chattanooga, TN and Charleston WV. I’m totally going back there someday.

That’s it for now. Those photos were all captured on the road in between, but my vacation was more about what was IN the city than outside of it. Until then, enjoy the rest of your weekend!