This is part 2 of 4 regarding my recent two-week 3000 mile road trip. To see the previous blog, see below:

The issue with traveling through so many cities was that as much as I would’ve enjoyed staying long periods of times in these cities to discover hidden nooks and crannies, there simply wasn’t time. You really have to embed yourself in a city for a sustained period, or live there to really capture it’s true nuances.

In one morning, quickly walked through most of downtown Dayton. Not too much immediately caught my interest except this old industrial warehouse/manufacturing facility. I’m not sure which one this is, though I heard the old Delco plant is downtown. 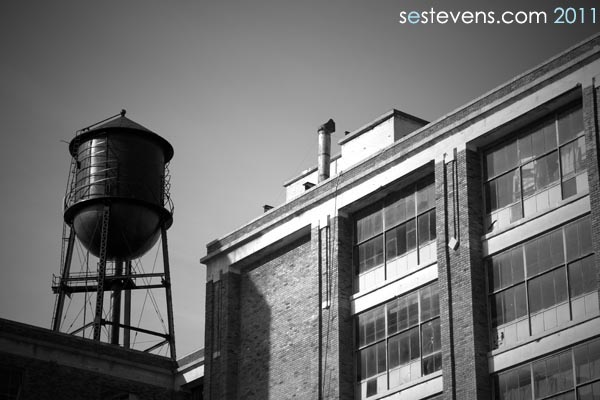 I spent 36 hours in Madison, got to see my old friends Mike and Ryan, and meet Ryan’s fiancee Melissa. The first place I went to was the Monona Terrace Convention Center – initially designed by Frank Lloyd Wright and finished by the Wright Foundation in 1997. I came out of curiosity out of anything else, and I’ll be honest – I wasn’t too impressed. Not to mention it was odd to knock on the molded walls of a Wright design and receive a hollow sound in return. No pics, but if you’re there, it’s worth checking out. The convention center has a great series of Wright’s B&W portraits on the wall from his official photographer.

I’m sure you’ve heard there’s been some political chaos going on in Madison. As my friend Mike indicated, it’s like any place else in America. The situation depends on who you talk to. I know this is my cynicism speaking, but the downtown business really know what side their income is buttered on. 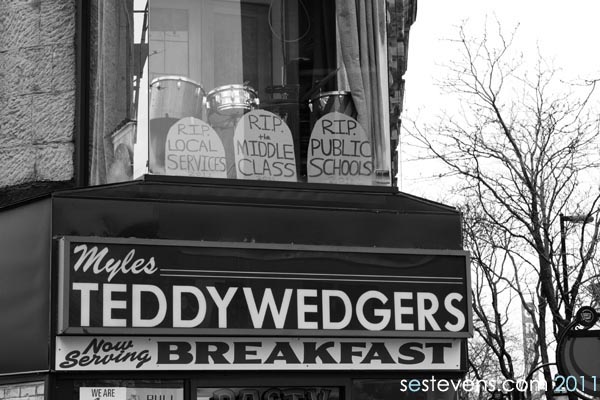 Wisconsin’s state capitol is GORGEOUS. One of the best I’ve personally seen so far. It’s almost impossible to take a bad picture here. 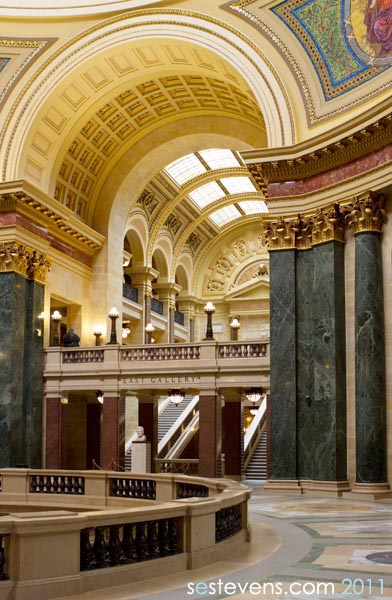 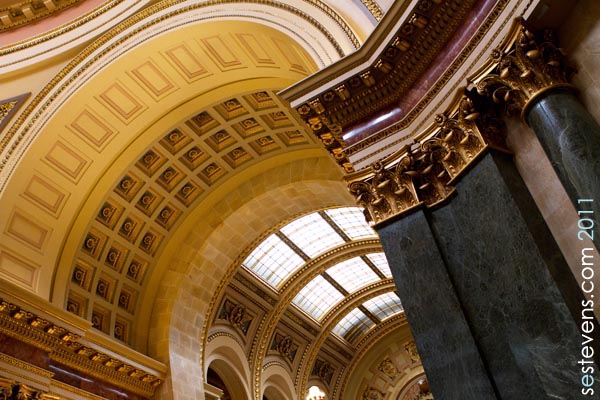 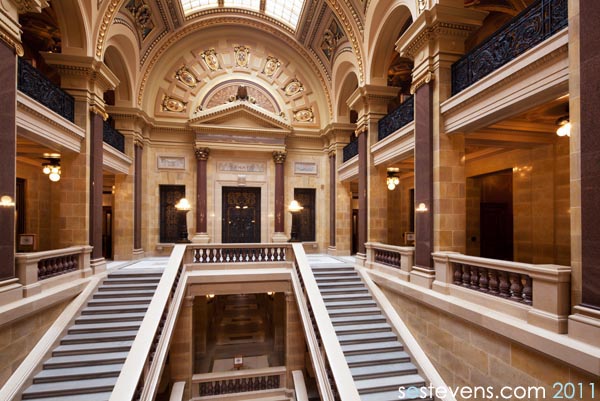 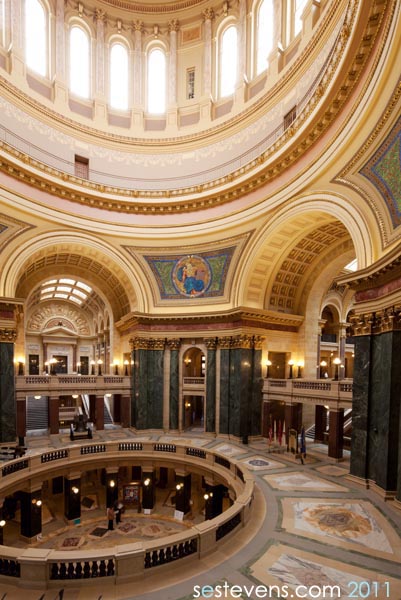 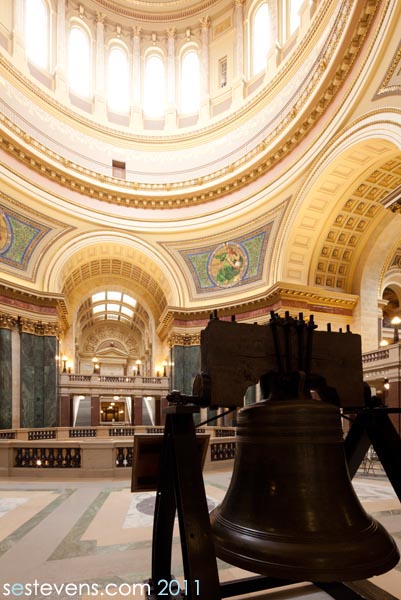 It sleeted between driving through Milwaukee and Madison and that evening, I got to witness THUNDERSNOW for the first time. For those of you who don’t know, it’s lightening, thunder, and snow all at the same time. As comedian Lewis Black jests, “They don’t even write about that kind of weather in the Bible.” It was Ryan’s first viewing of this phenomenon as well and if I remember correctly, we had a Thundersnow High Five.

Indianapolis was along the way back and forth on the road trip, and I mainly stopped to capture this series of structures labeled “The Pyramids”, for obvious reasons. Even before leaving from North Carolina, I foresaw how I wanted to depict these buildings and was hoping the stormy weather would agree. Thankfully, it did. 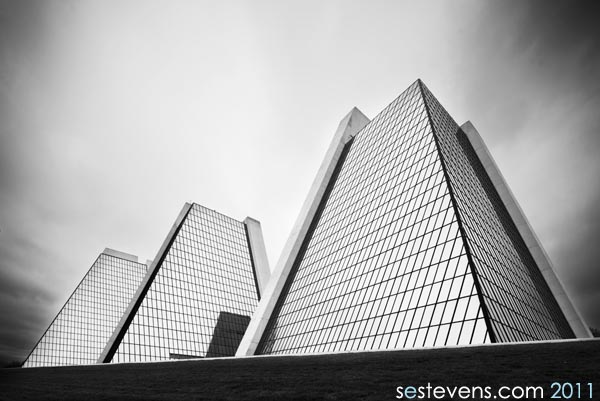 It was storming both days I swept through Indy and I wasn’t too impressed by their downtown anyway, so didn’t mind too much as long as it didn’t interrupt the rest of my trip – which you’ll see in the next two blogs.