The wonderful thing about traveling for work is that it can serve as a neat excuse to see other sights. The first few times I went to New Mexico was in 2005 and I fell in love with the area, inspiring a trip to Colorado and Utah a couple of years later.

I got exactly 30 minutes of sleep before flying out from Raleigh to Albuquerque at 4:00 a.m. – good thing I sleep like a log on airplanes. After I landed and checked into the hotel, did I crash and succumb to a nap? Heck no, I hit the road! In a Toyota Prius. Oh man, it took me like a half hour trying to figure out how to make the keyless entry and ignition work.

The first place I traveled to was the Acoma Pueblo Sky City. I was not disappointed. What an incredible deep history over many centuries these natives have on this land. Through it all, they’ve maintained who they are despite the atrocities they were forced to the suffer under the thumb of European conquerors and Manifest Destiny. To truly appreciate the living culture and history that resides there you must take the tour, the story tellers are amazing and I could never do them justice – so I won’t. 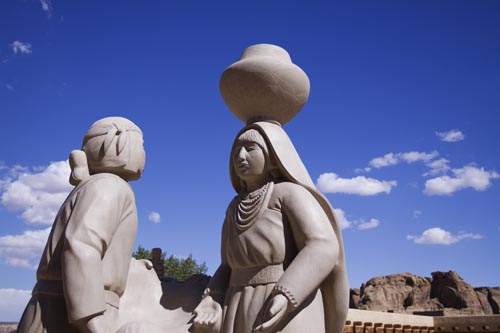 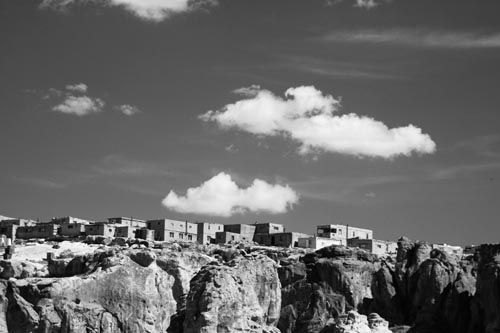 Many of the homes are adobe or stone construction, but they can be constructed of any material the natives desire. So, to the chagrin of some, there are a bunch that are constructed from concrete block – they do look a little odd. 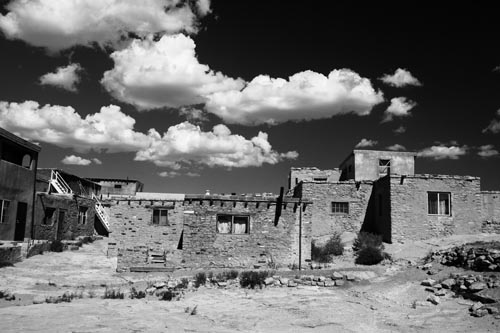 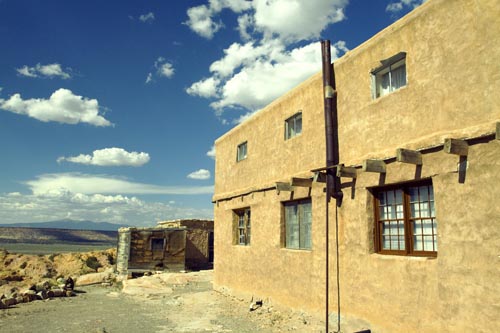 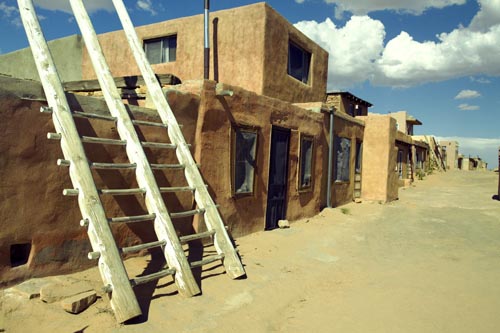 These are some views from the Sky City. Incredible. 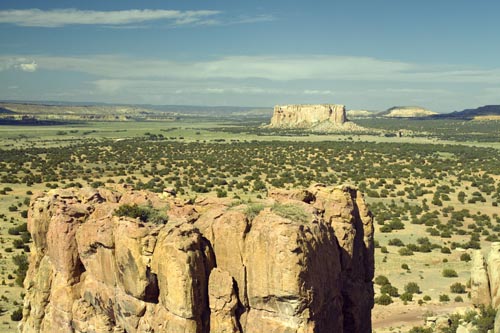 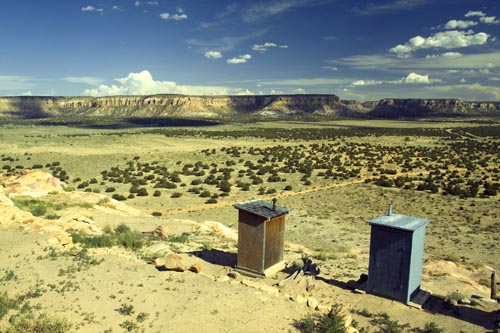 Wide expanses of railroad run parallel to I-40 as it runs west from Albuquerque. Growing up next to railroad tracks I’ve always been fascinated by trains, and the great expanse of southwestern terrain made the machines seem like a miniature railroad set. 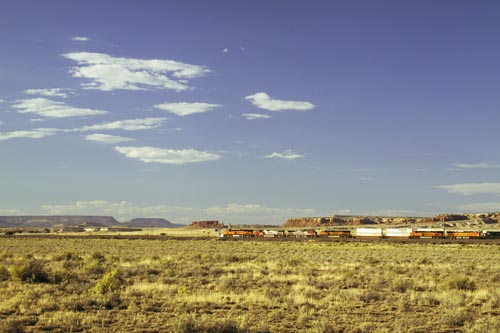 The drive to Taos along the Rio Grande Rio Grande is long, winding, and incredible. I’ve driven past this gorge at least 15-20 times over the last five years now and never get tired of it. 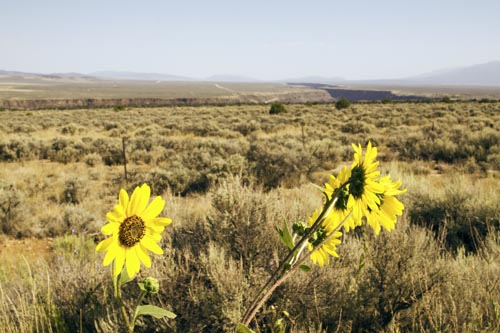 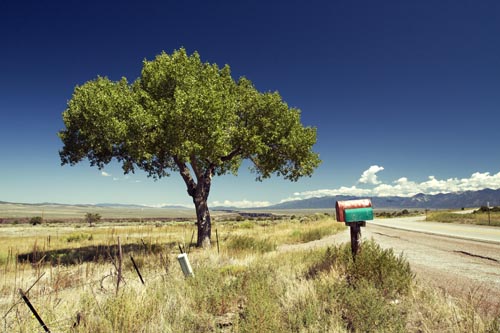 Though this was the first time I traveled to the bridge and shot down the gorge: 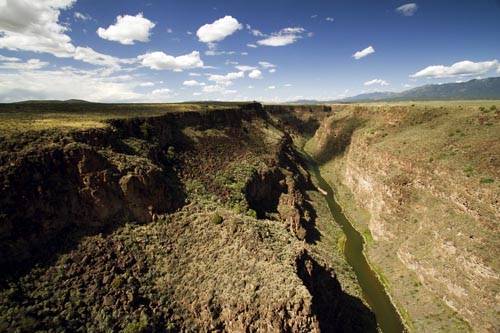 Taos. What a fun town. Here is the famous San Franciso de Asis Mission, photographed and painted by many the world over including timeless greats like Ansel Adams and Georgia O’Keefe. Having been there before (can you believe Catholic Digest is using one of my pics?), I tried getting different views of the church. 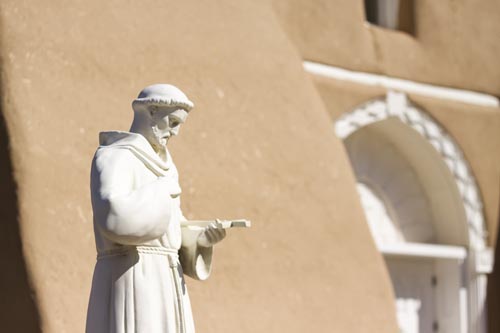 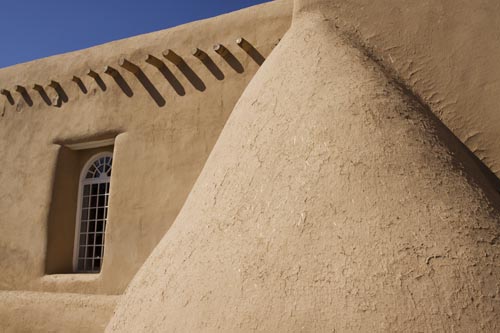 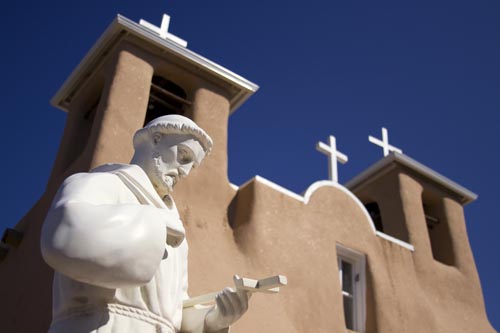 I can see some kid today like…”Hey Dad, why is the priest looking at his blackberry like that?”

Previously I only had time to stop by the Rancho de Taos, this was the first occasion i stayed in the area for a greater length. 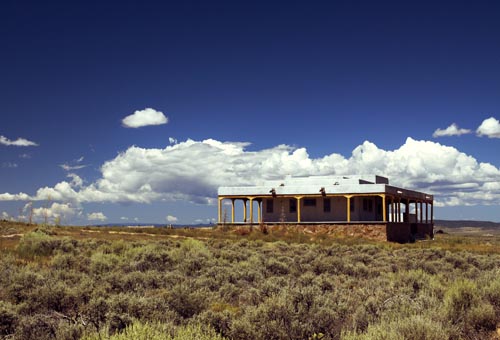 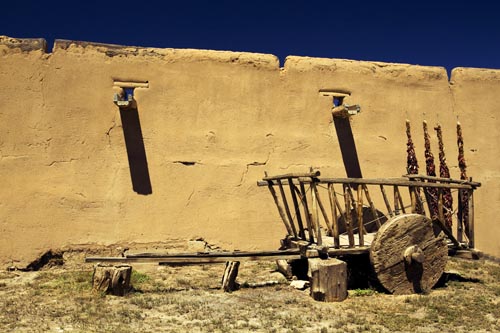 On the outskirts, past the Rio Grande River Gorge Bridge is the Earthship community. For those of you know who don’t know what this is, it’s a sustainable community that was built in the 60s – incorporating things such as recycled materials like tires, aluminum cans, using passive solar energy, wind energy. Some of the houses are small, and a few of time are like large estates, all with a organic the-end-of-the-world-is-coming vernacular that I like to call Post-Hippyism. Quite a flower-child town definitely interesting and ahead of it’s time for the 60s, but no way I could ever live there. 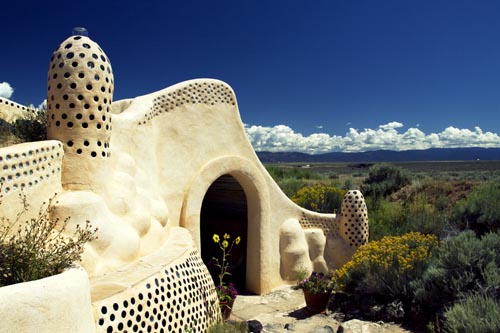 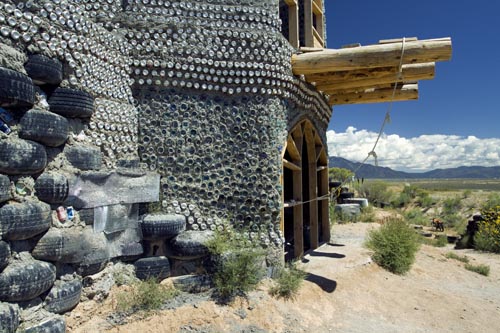 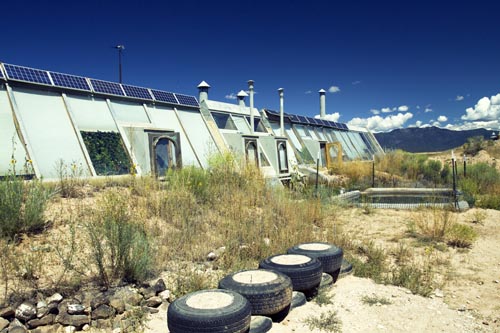 Most of the community residents use old run-down vehicles to get around. I think I got a couple of snarky looks as I rolled my shiny Prius rental into town.

BUT – there was this kickass GMC truck there. 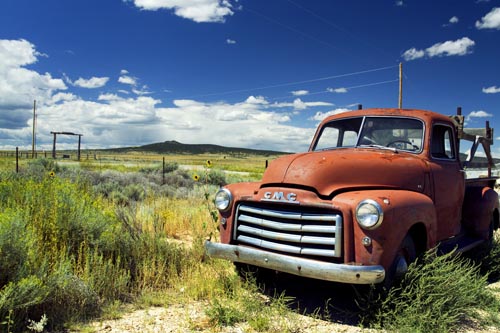