North Carolina UrbEx – an Abandoned Boiler Plant, Part 2 – All in One

Attention! Atención! Attenzione! Pozornost! 注意! انتباه! Dareenka!
In case you don’t understand plain English, get a translator: please do NOT contact me for the location of this facility, THERE ARE NO EXCEPTIONS. Thank you.

This is the second part of what may be perhaps the best abandoned playground I’ve had the pleasure to explore with camera in hand. So after finding my way into a manufacturing facility’s boiler plant, I simply had to go back at the first opportunity. A couple weeks later I did – with four other trustworthy photographers in tow. They were equally excited to check out the place and voila! – still accessible.

Taking comfort in the fact that if the police arrived I’d be taking down four other people put me more at ease to focus on vignettes I didn’t have time to capture before. What make’s this building so special to photograph is several ingredients:

First, the equipment is all still there. Even little stuff like this first-aid box still had a band-aid box full of q-tips inside (dirty, gross). 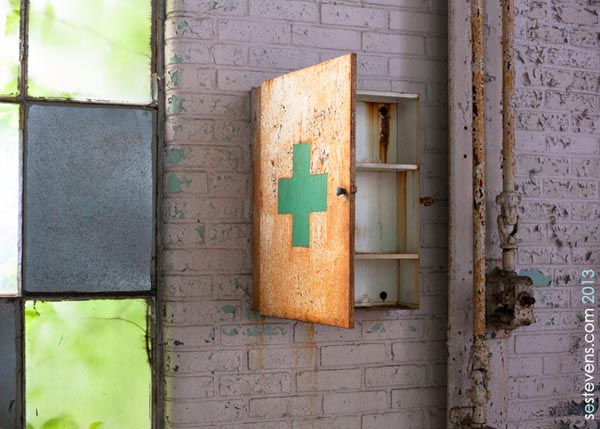 Second, there were items like old-school glass Coke bottles and boxes of bolts and screws. 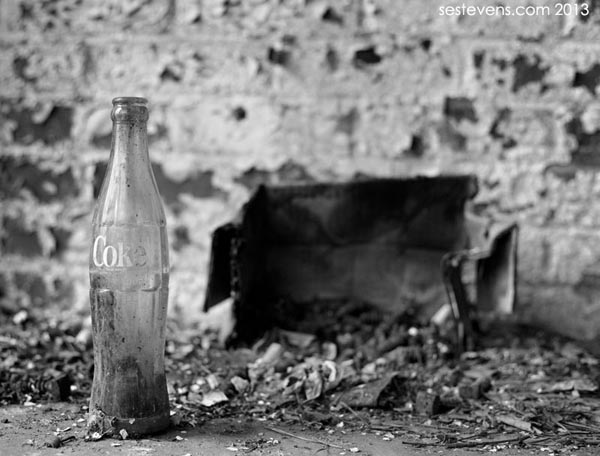 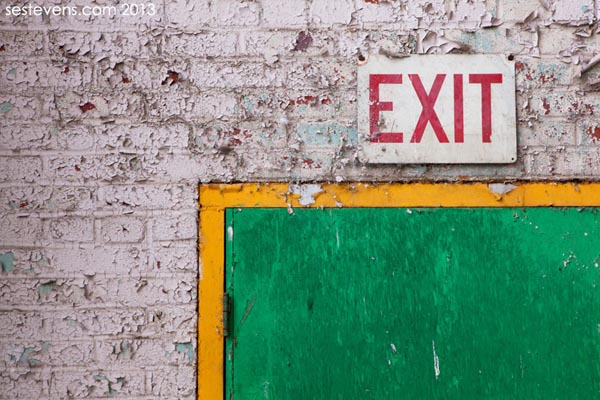 And finally – LOOK AT ALL THOSE COLORS! Yellows, green, reds, whites, blues – this is one of the few spots I’ve stumbled across that looks better in color than it does in black and white. Often in urban exploration you’ll trip across one of these elements, but to have all of them in one concentrated area is incredible! This safety shower was my favorite color shot of the whole bunch. 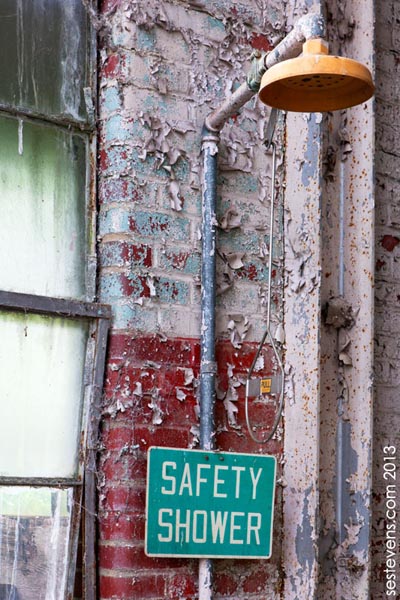 One of the photographers found a welders mask on the floor and set it up as still life. We all wound up taking pictures of this mask, with our own different interpretations, of course. 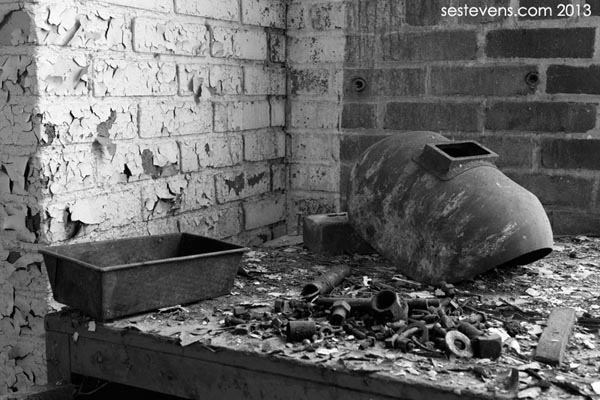 As indicated earlier, I didn’t take in spatial images like I did last visit, opting instead to shoot mostly hand-held images with varying apertures. 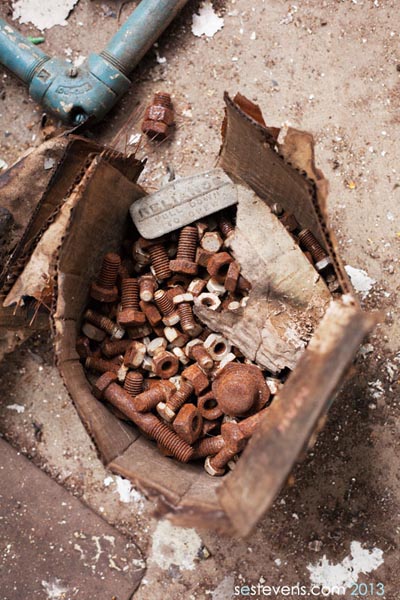 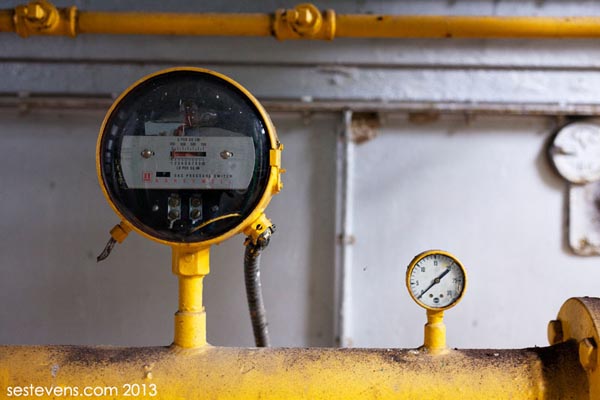 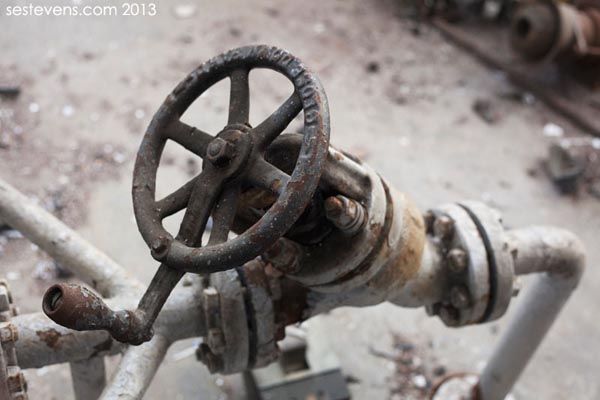 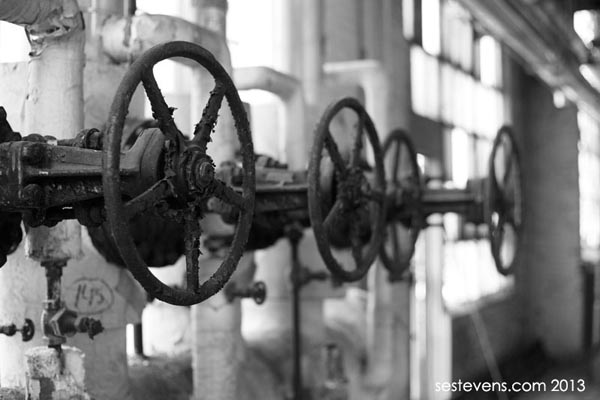 For a building with a relatively small footprint, I think you could easily spend a day or two inside and keep discovering new things to portray. 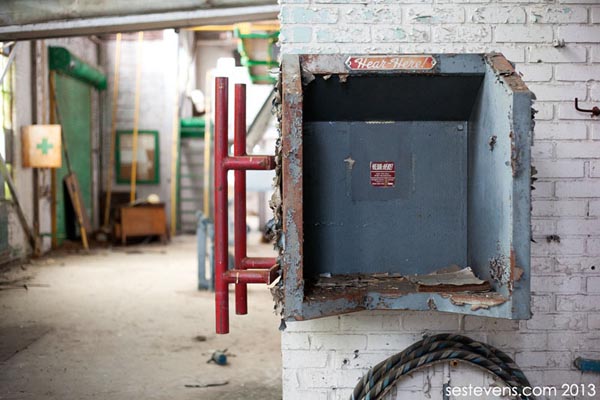 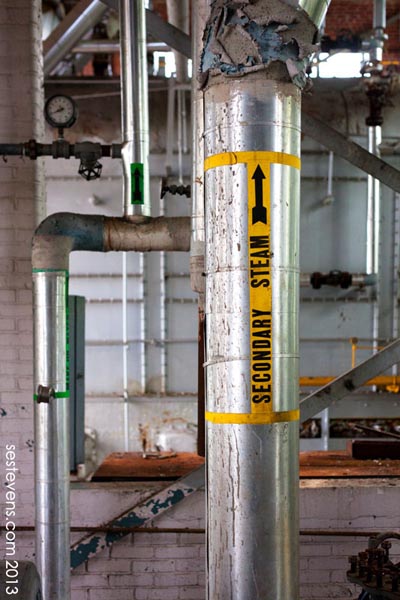 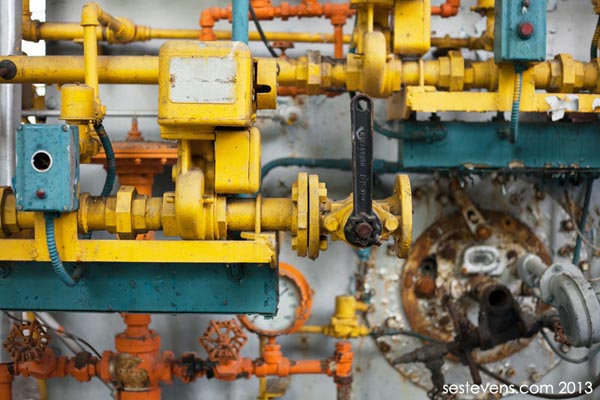 There’s something about both rural and urban exploration that brings out the best in chair personification. One of the reasons I think other photographers had treaded inside before us is some of the vignettes were a bit “too” perfect to believe it was completely happenstance. I need to do a blog just about random chairs I’ve come across – here you have some classic chair-on-chair violence. 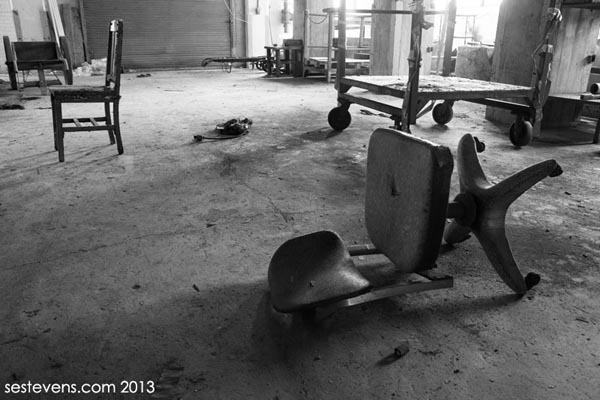 The rolling chair was my favorite black and white of the set. 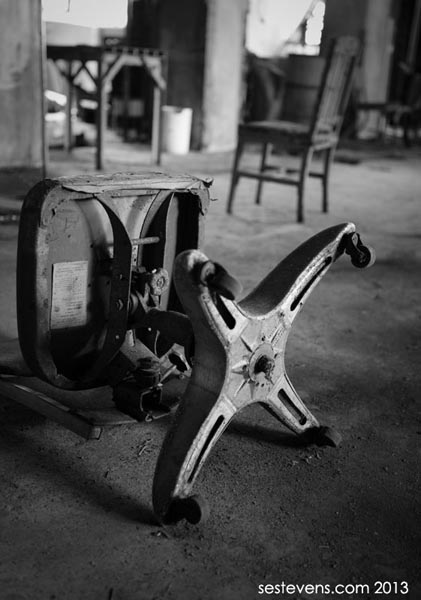 This boiler plant was the gift that keeps on giving. Behind every nook and cranny there always seemed something different – and occasionally unidentifiable. What is this thing? Looks like some sort of accounting equipment. 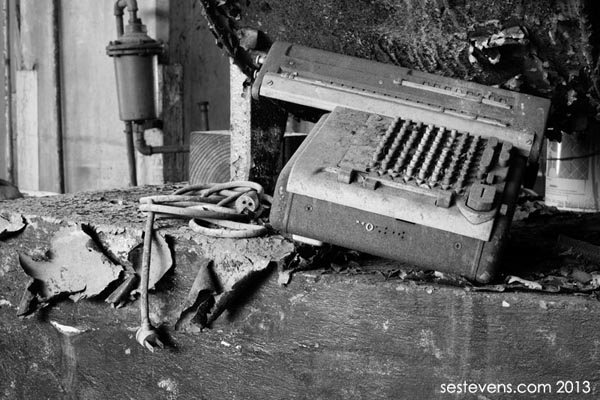 When I get more free time, more fun stuff coming up!